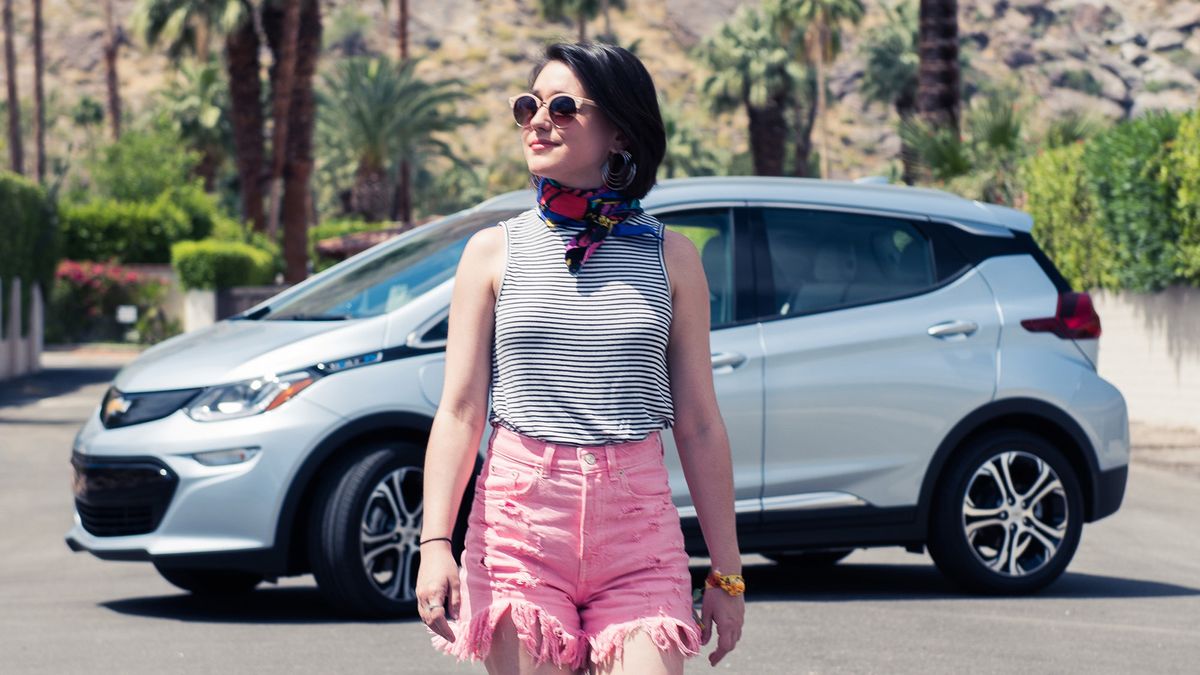 Everything I Wish I Knew Before Going to Coachella

Sure, there’s good music and cool fashion, but what else?

To be honest, festivals were never really my *thing.* I don’t really enjoy crowds, and I really hate loud music (or noises in general). I’m basically a 90-year-old trapped in a late-twentysomething-year-old’s body. But when Chevrolet asked last Coachella Music Festival if I wanted to test out its all-new electric car, the Bolt EV, while attending Coachella, I jumped at the chance. I’ve only ever been to northern California (born and bred New Yorker, here!), and after years of writing about festival fashion, I was kind of curious. If anything, the Coachella experience would be something to talk about later, and I’d be driving around the desert, chilling in the sunshine. It sounded like a pretty sweet deal.

Overall, my experience last Coachella was a good one: I saw a few great performances (I might be Lorde’s newest, biggest fan), and the car came in handy when attempting to try every fast food burger that we don’t have on the East Coast (not the healthiest goal I’ve had, but still, #noregrets). Yet there were some things that no one warned me about beforehand, and now I feel obligated to tell you before you plan for your first and second weekend at Coachella this year.

Don’t tie your admittance bracelet too tight. Does this seem like common sense? Yes, but I was super tired when I put mine on, and I didn’t realize that it locks in place right. away. I had zero wiggle room, so I panicked the second day in, cutting it off with a tweezer. I then re-tied it…before realizing that *technically* isn’t allowed. (Whoops!)

Everything is really far away. I’m a city gal, so the thought of not being able to walk somewhere is slightly annoying—and it seemed like every hotel or house or event was miles away from the next one! This is where having a car—one with 238 miles of range per charge, no less!—really came in handy.

And the festival isn’t *that* close to Palm Springs. Scott Eastwood actually warned me about this when I talked to him, but it was about a 45-minute car ride from the Ace Hotel and Swim Club to Coachella, which is really in Indio.

Security is tight. Another given, but you don’t truly realize the level of things until, after patting you down, the guard gives your YSL lipstick a good look-over as well.

But smoking is somehow allowed...? Half of my dance moves involved dodging cigarettes (and other smokable items, I guess) to avoid getting burned.

Uber rides are expensive. If you don’t drive and park at the festival (and you need a special pass for that), you pretty much *have* to take an Uber—the company had its own designated area, where hundreds of cars line up ready to take you where you wanted to go. When you ordered a car, you got a number, which your driver then typed into their app after you got in. Before Lady Gaga’s performance? An Uber ride cost $100. So guess who decided to avoid any extra surge pricing and left before she went on?

The flower crown may be dead, but there is always going to be a “flower crown.” I have now convinced myself that I will never, ever, ever wear double buns again. Or jeweled tops. I also felt like the only person with a bob haircut!

Don’t stress about your outfit. Trust me, a t-shirt and a cute pair of denim shorts is perfectly fine.

People lie on the grass in really weird places. Like right outside of the stage areas, where you can easily trip over them if you’re not paying attention.

Everyone pees in the porta potties. I saw Sofia Richie coming out of one in the VIP section, so there’s no special celebrity treatment—when you gotta go, you gotta go there!

It’s worth it to go during the day. Our cofounder, Jake, told me it’s prime time for photos and riding that giant Ferris wheel. But it’s also prime time to relax and nap after a busy morning, so… (Didn’t I say I was 90?)

And there’s more to do inside the festival than you might realize. Like eat, shop, and visit indoor (and air-conditioned) areas sponsored by beverage companies.

Try to stay organized. There isn’t enough time to fit everything into a few short days. I often had to choose: going to the festival to see a specific performance, being productive and getting some work done, going to a cool party, or driving around, testing the Bolt EV, and trying to find a good place to eat (which definitely happened a few times because, hello—so much good food).

The parties are like mini festivals, too. And there will probably be one happening right at your hotel (they’re literally everywhere!). If you’re able to, it’s worth it to attend. They’re usually filled with good food, noteworthy guests, and maybe even a musical performance. Plus, it’s less crowded than the actual festival—but still just as hot!