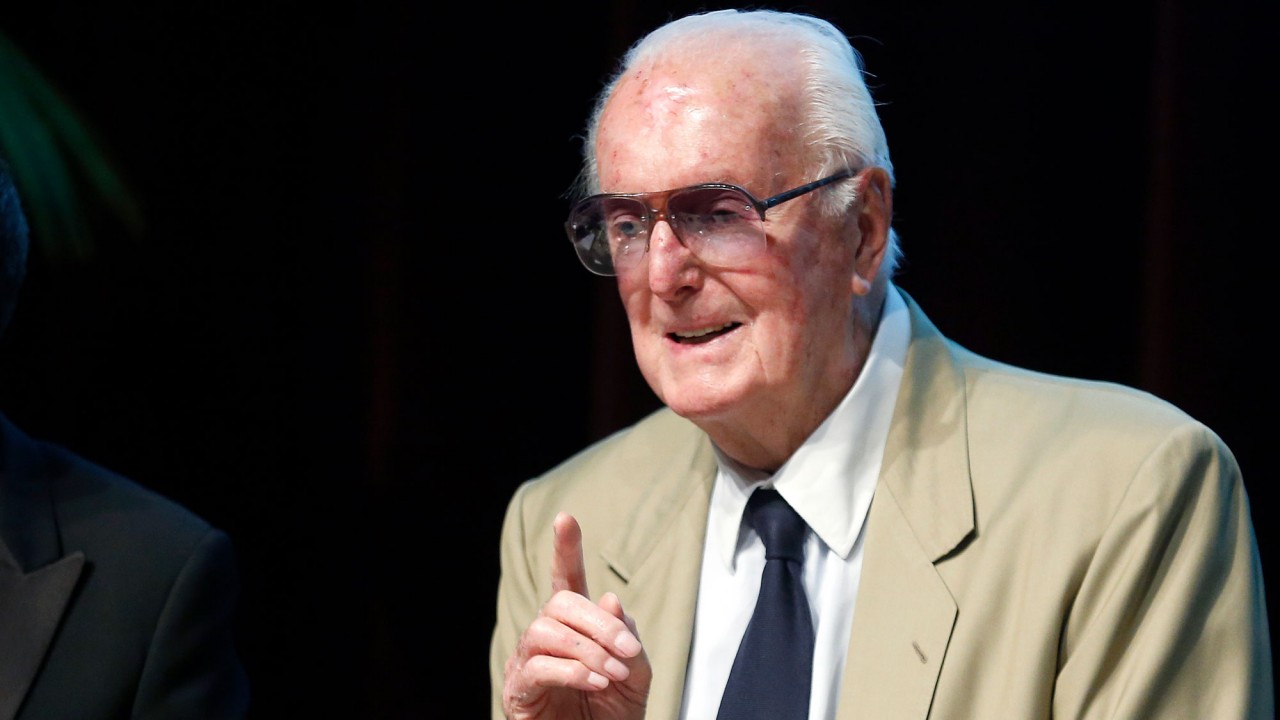 Today we join the fashion world in mourning the death of Hubert de Givenchy, the famed French designer who founded his namesake house in 1951.

In recent years the name Givenchy has called to mind the dramatic fringed, feathered, and goth-inspired designs of Ricardo Tisci, who helmed the label as creative director from 2005–2017. But before Beyoncé’s sheer Met Gala dress, Emma Stone’s Oscars gown, or Kim Kardashian’s wedding dress, there were the timeless couture pieces Givenchy himself designed for Grace Kelly, Jacqueline Kennedy Onassis, and Greta Garbo, among others.

A longtime friend of Audrey Hepburn, who became his muse at the height of their respective careers, Givenchy designed the now-iconic black dress the actress wore in Breakfast at Tiffany’s, as well as much of her wardrobe for the film Funny Face.

Earlier today the house of Givenchy issued a statement calling its founder “...a major personality of the world of French haute couture and a gentleman who symbolized Parisian chic and elegance for more than half a century.” They added that “he will be greatly missed.” Indeed.