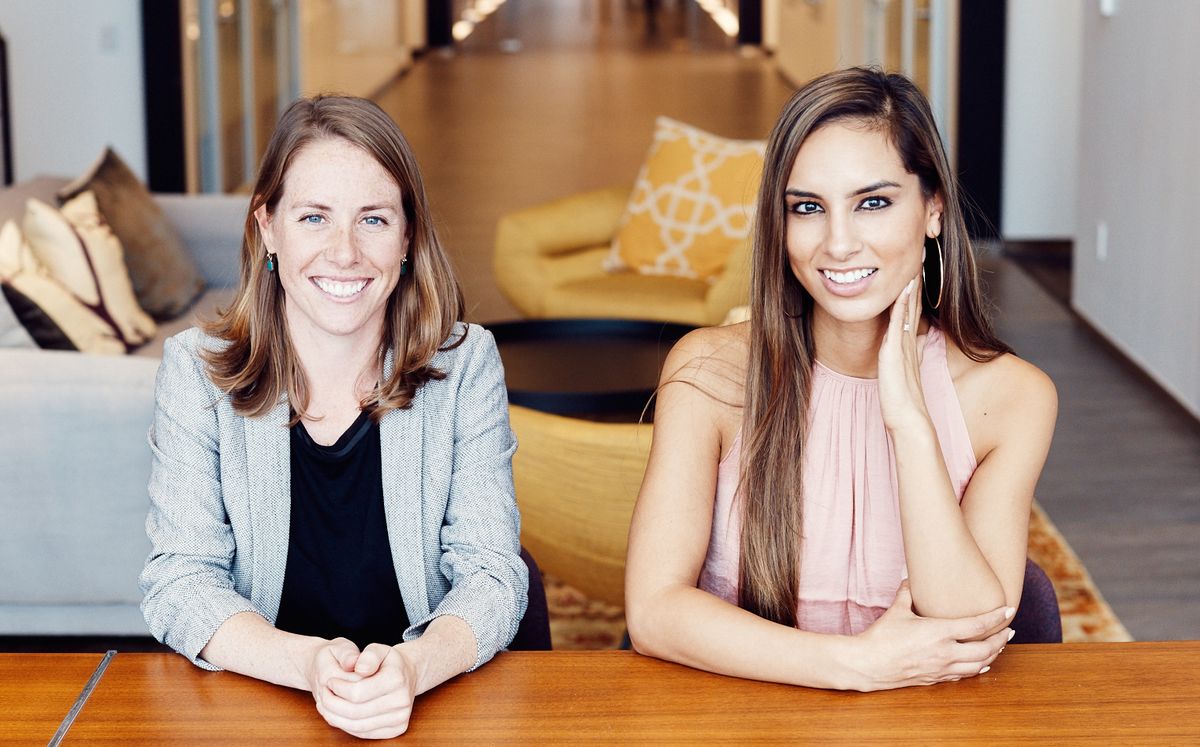 Only 24% of professionals in scientific fields are women. Even less are female minorities.

In honor of International Women’s Day (although every day should be a celebration of women and their achievements), we’re shining an extra bright light on some incredible female forces. While there’s still lots of work to be done, it’s been pretty darn fulfilling to witness women banding together for change and mega brands recognizing and championing the success and power of females. We need more, MORE, MORE! It’s initiatives like L’Oréal USA For Women in Science awards (it’s in its 14th year!) that not only reward women in STEM (science, technology, engineering, and mathematics) for their outstanding work in their respective fields, but also provide them with a monetary grant to further their research and programs to inspire young girls to pursue careers in science.

Among L’Oréal fellows inspiring the next generation of women in STEM are Kellie Ann Jurado, who received her PhD in virology at Harvard University, made groundbreaking discoveries with her HIV research, and is currently conducting research at Yale University on the Zika virus and how it affects the nervous system; and Sydney Schreppler, who holds a PhD in physics from UC Berkeley and is working to measure superconducting qubits (say that five times fast), which are teeny-tiny circuits that mimic the behavior of the smallest particles in the world to improve technology speed and reliability. Both are steadfast in their commitment to supporting young girls; Jurado created “Cut the Risk,” an educational sexual health campaign that targets minority groups and is dedicated to increasing the participation of underrepresented minorities and women STEM, and Schreppler serves as the postdoctoral coordinator for the Society of Women in the Professional Sciences at UC Berkeley. We sat down with both of them to talk about their progressive research, what it’s like being a woman in a male-dominated field, and why it’s important to encourage young girls to get involved in the sciences.

When she decided to pursue a career in science:

“I did not realize the possibility of pursuing research as a career until I reached undergrad. During this time, I was not only able to meet and interact with scientists, but was also exposed to the practice of science. I fell in love with the process of asking a question that was completely unknown and using experiments to delineate an answer. It really is such a powerful process.”

On her research on Zika and the progress being made:

“I use viruses to uncover the strengths and weaknesses of our immune system in hopes to reveal opportunities for disease intervention. Specifically, I am working to understand how the immune response within the nervous systems influences the pathology associated with a Zika virus infection.We are gaining a better understanding of how the virus accomplishes its pathogenesis, as well as making progress toward an effective vaccine.”

On the struggles female scientists have to overcome:

“I would not like to speak to a single experience, but more so of a collective one where small microaggressions have built upon each other. I have found it important to seek out strong role models (such as my current advisor) in order to more clearly understand how to approach these situations without feeling discouraged in my pursuit.”

Why representation is important, especially in STEM:

“Representation within any field is important in order to provide a wide range of solutions and/or perspectives. Representation within the practice of science, the pursuit of the unknown, is even more essential, as being able to complete such a task requires multiple ways of approaching the same question.”

Advice she would pass on to young girls:

“Take advantage of every opportunity that presents itself, and if opportunities are not presenting themselves, then be proactive and ask for opportunities.”

Having a great support system led her to seek a career in physics:

“A lot of people around me would say that I was headed for physics a long time before I did. They recognized that I really liked trying to understand the rules for the way things behaved. My mom really encouraged me to study physics in high school, and from there I kept being introduced to problems that I wanted to understand the answer to. That just pushed me further and further along the path and eventually toward a PhD at Berkeley.”

How a lack of female leadership in science can impact personal goals:

“At first, I didn’t really encounter the problem of representation in quite the same way that a lot of my peers did. I think a major problem that a lot of women in science face is that we don’t see people at higher levels who look like us. We don’t see women who are professors or women who are leading national labs very often. I was fortunate to have a female role model in my mother, who has an engineering degree. But as I got farther and farther along in physics, I saw there weren’t that many women in physics. So you learn to build the confidence in yourself when you don’t see that many role models around you.”

Mentorship was influential in her success, so she’s created a mentoring group:

“At Berkeley, I work with a group called the Society for Women in the Physical Sciences. We abbreviate it to SWPS. It’s an organization that does mentorship, it does outreach, and it gives career and research tools to young women in physics. I’m now working on the mentoring chain, all the way from undergraduate to professor, so that we can have women that we’re both interacting with as mentors and mentees all the way through our careers.”

The shift she hopes to see in STEM:

The advice she would give young students:

“Ask yourself if you understand what’s going on under the hood. And if you don’t understand, get out some tools and open it up and find out. Because that’s sort of the first step to asking a scientific question that changed the world and the future—that built new technologies to make things work better.”