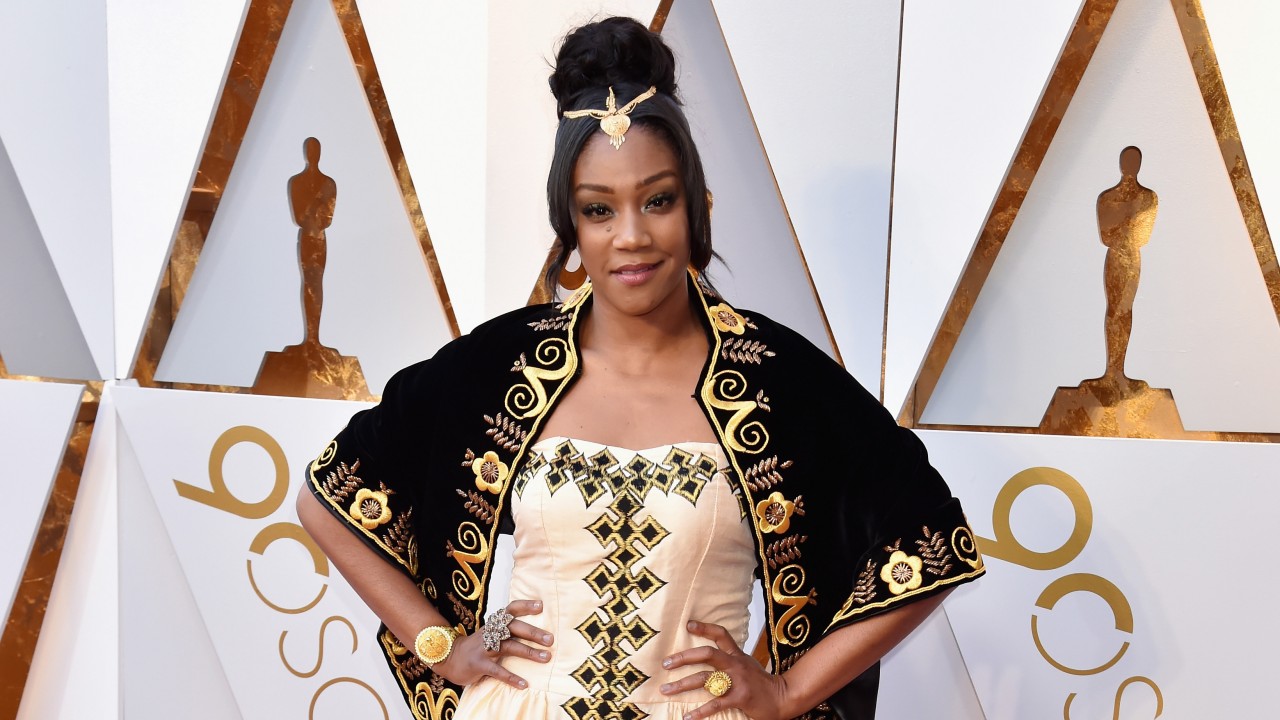 She may not have been nominated, but that didn’t stop her from showing up looking like a winner.

Not every Oscars look has a great story behind it, but Tiffany Haddish’s sure does. The actress—who many believe was snubbed for a nomination for her role in Girls Trip—showed up on the awards show’s red carpet in a traditional Eritrean ensemble, which, she revealed to ABC’s Michael Strahan, is also a tribute to her father. Before he passed away last year, Haddish’s dad made her promise that if she ever made it to the Oscars, she would represent her heritage. Fast-forward to tonight, when the star arrived in the detailed look, complete with a headpiece and cape-like jacket. In our opinion, she looked like a true queen—and a winner!

Take a look at Tiffany’s outfit in full, below.
Advertisement

The actress promised her dad, who recently passed away, that she would represent her people should she ever attend the awards show.
Photo: Getty

How to Host a Non-Cheesy Oscars Viewing Party
Remember When We Got Ready with Mary J. Blige?
Reflect Back on the Best Looks from the 2017 Oscars