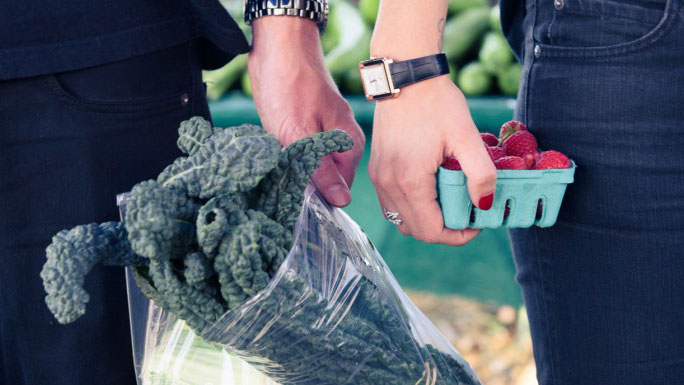 The Truth about “Natural Flavors”

A cautionary tale of a food label mainstay.

Navigating a nutrition label is easy if you follow a few key rules (a more detailed refresher is here). One: Don’t eat anything with ingredients you can’t pronounce. Check. Two: Saturated fats aren’t good either. Check. Three: Too much sugar or sodium is no bueno. Got it. But what about that all-too-frequent presence of “natural flavors” (it’s actually the fourth most common ingredient) conveniently nestled at the very end of the list? What does “natural flavor” actually mean? Because, if we’re using basic logic here, wouldn’t said flavor be coming from some sort of natural source that would be listed in the ingredients anyway? As always, when suspicions swirl, we go right to the experts, like celebrity nutritionist Keri Glassman, MS, RD, and CDN and founder of Nutritious Life, to shed some light on what those two words really mean and provide a bit of clarity on any potential health risks.

What is “Natural Flavor”?

“‘Natural flavor’ is an umbrella term used to describe a chemical that was originally found in a naturally occurring source,” Glassman explains. “Key word here is ‘originally,’” she continues. See, she’s referring to what the Code of Federal Regulations describes (quite vaguely) as “the essential oil, oleoresin, essence or extractive, protein hydrolysate, distillate, or any product of roasting, heating or enzymolysis, which contains the flavoring constituents derived from a spice, fruit or fruit juice, vegetable or vegetable juice, edible yeast, herb, bark, bud, root, leaf or similar plant material, meat, seafood, poultry, eggs, dairy products, or fermentation products thereof, whose significant function in food is flavoring rather than nutritional,” which in layman’s terms pretty much means some sort of plant or animal byproduct which has been processed so much that it can no longer be listed on labels.

Just because it says “natural” doesn’t mean it’s any better than artificial. “Compar[ing] this to ‘artificial flavors,’ which are flavors almost or entirely created by humans, it would seem as though ‘natural flavors’ are the way to go. But they may not be so innocent… Natural flavors are largely unregulated, and their sources and processing can vary far and wide,” says Glassman. At the end of it all, artificial and natural flavors serve the same purpose, to add and enhance the taste that was likely lost in processing—aka foods that you may not want to swear off entirely, but you should probably try to avoid.

While there are no distinct health risks that are associated with natural flavors, part and parcel to the fact that there isn’t much transparency into the processing and chemicals used in “natural flavors,” the topic does raise a few concerns. “The FDA has no formal definition of the term ‘natural.’ Most likely, the chemical compounds added to your food have been processed enough to no longer be products of the earth (it’s not blueberry puree in your natural blueberry flavoring),” adds Glassman.