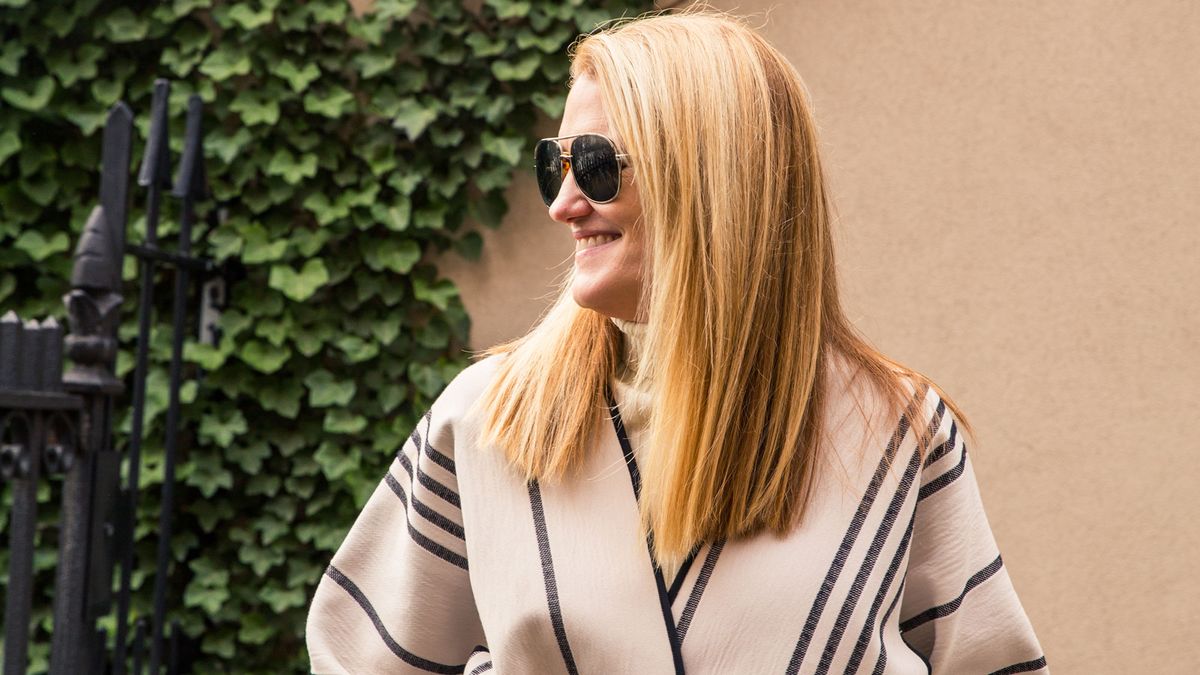 How I Felt When Men Stopped Noticing Me

Jane Larkworthy reflects on all the complicated feelings that come with getting hit on—especially when it stops.

I was walking down the street the other morning when I observed a man checking out a woman’s rear. After she passed, he shook his head and mumbled something that I’m guessing was not super respectful or gentlemanly. As I passed him, his gaze still lingering on her butt, I gave him a quick glance and said, “Really?” without slowing my gait or looking back to see his reaction.

Was it any of my business? Not really, but as I’ve gotten older and am no longer the recipient of this kind of commentary, I’ve started making my own tiny citizen’s arrests.

Back in my early 20s, I attended an event where a psychologist spoke about the powers of attraction. At some point, she shifted the topic to a more personal tone and shared with us the sad revelation she felt when men stopped noticing her. This was nearly thirty years ago, and I still remember how my heart went out to her when she described the desolation of feeling invisible.

There is a minor high that occurs when making eye contact with a stranger as you pass each other on the street, in a crowded grocery store, or on a subway platform. I’m not talking about a lascivious ogle or an unwanted and unsafe creepy glare. I’m referring to that split-second moment of mutual attraction that usually goes nowhere but sort of makes your day. Someone once described the moment as an “eye fuck,” which, lewd as it sounds, is somewhat accurate.

As I flew through my 20s, then 30s and 40s, on the occasional moment when I’d find my eyes fornicated, that psychologist’s words whispered in the back of my head, Someday, this will stop happening. And then, almost like clockwork, as soon as the window to my childbearing age had firmly shut, the eye sex stopped.

My reaction to it wasn’t exactly What am I? Chopped liver? It was more like an anthropological self-assessment. Huh, I thought, my ass has retained its shape pretty much, the hair is as blonde as it’s ever been, and my gait is still runway walk circa early aughts. Of course, the skin has taken on its fair share of life experiences, so maybe it’s that. But I chalk it up to something more impalpable: pheromones. Or, rather, the lack thereof. I was no longer in possession of a mating scent. Upon this realization, I didn’t rush home and cry myself to sleep, nor did I head to Barneys and squeeze into an even tighter pair of jeans to prove to the world that I still had it. I shrugged my shoulders and remembered the downside of catching a stranger’s eye when it wasn’t mutual—when it was violating.

I came of age when New York City was a different place. Times Square had not yet been Disneyed, a stroll through Central Park was a risk—no matter the time of day—and groups of aggressive men could kind of rule the streets. That sounds laughable now, but any woman who was around back then will attest. When you walked past a construction site, there was a very high likelihood that workers would whistle or shout suggestive comments to you, and you just took it. And by took it, I mean, ignored it. Yelling back “Fuck off!” or, better yet, “Are you fucking kidding me?!” would only encourage them to up their verbal game. Sometimes I flipped the bird if a particularly graphic suggestion was offered to me, but that would only result in increased decibels of “Oh HO! We’ve got a LIVE one!” On the occasions when I did say something back, my anger-fueled adrenaline would jumble my words and out would come something like,“Eat my ass!” or “Go shit on me!”—completely obscuring my intentions. Of course, we could call the cops on them, but that would take a while. Remember, we had no mobile phones with which to do so, or, better yet, to capture said behavior. So you just brushed it off as best you could.

Eventually, the city became a less scary place, and we’ve been able to ride the E train for years and years without getting mugged. Perhaps more significantly, the ability to now capture a lascivious ogler in action with our phones, that kind of behavior has, for the most part, gone the way of hair-sprayed bangs and parachute pants.

And yet, every once in a while, I still catch the occasional lewd ogle or, worse yet, an ogler going old-school and verbally offering up some tasty morsel to a woman passing by. And that’s when I become Protective Older Sister.

At the risk of sounding like a broken record, I am not talking about that subtle eye contact thing. I’m talking about the lecherous, unsolicited glare or comment. And I’m nothing if not safe (read: cowardly), so I will only do this if I feel I’m in a low-danger or danger-free environment, such as a crowded street during the day or when I’m with a friend or two. And while I never stick around to see the reaction, I do hold out hope that my one “Really” is enough to make him consider, “Hmmm. Might I have made that woman feel uncomfortable?”

It probably doesn’t suffice, though. So, as the current climate continues to empower women to, quite literally, speak up more, I work on growing the balls (oh, the irony) that will empower me to expand my little diatribe, which might go something like this:

“Have you not been watching the news lately? My guess is you’re probably not running for office, right? Nor are you a studio head or actor, correct? Well, there’s this thing called social media...”

At this point, he might begin to start fearing for his own safety, but I’d nevertheless persist.

“Allow me to redirect. That woman back there, whose ass you just commented on? She, more than likely, is on social media. And had she noticed your lascivious gesture, she could easily have taken a picture of you, which would have made you so famous in a way you’d never have imagined possible! Now, I don’t think she took one, but no worries! That’s what I’m here for! So, what shall we call you? Nevermind, I’ll work on something that’s legit hashtag candy. Just give me your handle and I’ll be on my way. Gotta catch up to Miss Nice Ass so I can share it with her.”

Too aggressive? Perhaps, but I know I’m not alone in my crusade. Australian reporter Eleanor Gordon-Smith wrote a piece about confronting her catcallers. The article was so popular, in fact, that Ira Glass dedicated an entire This American Life episode to her and her study (which was where I first learned about it). Gordon-Smith reported that she found it difficult to change men’s opinions about the catcalling (i.e., convince them that most women do not actually enjoy hearing it), but she did manage to enlighten one guy named Zach, so there was that one small victory. She also stressed to her readers that, being in the fortunate circumstances to have the resources with which to conduct her study safely, she was by no means encouraging women to take it upon themselves to confront their street nemeses.

And I do agree, which is why, any time I sense an ogler to be potentially dangerous, I get off my soapbox and pass by in teeth-gritting silence.

I’ll probably never lash out with more than my little “Really??” But with the right intonation, that one word can speak volumes. Seth Meyers and Amy Poehler made it a thing on Weekend Update (Remember “Really!?! With Seth & Amy”?). So, if it worked for them..?

And it certainly ensures not feeling invisible.