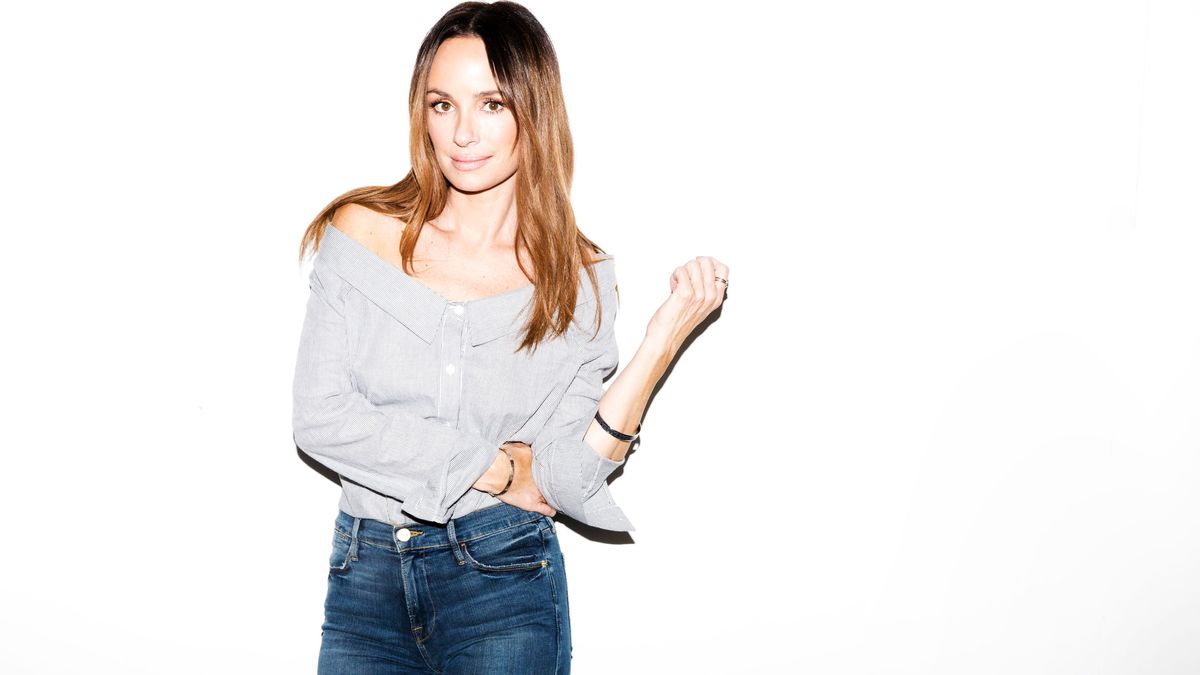 Exclusive: Catt Sadler on Why She Left E!

At first, I said goodbye.

On December 20th I went on TV, twice in one day, to say farewell to my co-workers, faithful viewers around the world, and to a job I worked five days a week for most of my adult life. I said goodbye in the morning on the daytime show I hosted, and I was also encouraged to say goodbye on the nighttime show that I hosted and had been a fixture on regularly for at least seven years. I owed those around me an immense amount of gratitude for helping me succeed in a career that I cherish. Delivering the right words in the right way on that day were some of the hardest moments in front of the camera I’ve ever known.

I knew it’s what I didn’t say, though, that would have people talking.

Following my last day, I was able to explain the reason for my departure on my blog. Truth be told, I didn’t know if anyone would read it. Well, I take that back—I knew people would read it, but I didn’t know if they’d care. And wow, was I wrong. In the hours, days, and weeks that would follow, there was an avalanche of interest in my story and no shortage of opinion on the subject. I was chased by the paps for the first time, was photographed in my front yard unbeknownst to me literally in my pajamas, and unexpectedly was the center of the story rather than reporting on it. Most surprising, though, was the response from strangers all across the globe who somehow felt encouraged by my stand. Dozens and dozens of women sharing similar disappointment, frustrations, and outrage about their own work experiences and how they compared to those of the men.

You see, I didn’t start out on a crusade to be a voice for gender equality in the workplace; I didn’t have grandiose plans to organize powerful people and roar about equal pay. For me, at that time, it started out as simply the “right thing to do.” I didn’t want to disappear from people’s television screens after all those years and vanish into thin air without sharing my truth. For me, in those moments, it was important to explain how I had been wronged and how I knew in my core that to stay would mean collaborating with an evil system. Swallowing my values was not an option. What happened to me was unfair. After exhausting all attempts to make things right, I asked the decision makers face to face, “Why?” “Why is he, in your opinion, worth so much more than I am? Is he doubly good at his job?” Their response? “We’re obviously just looking through a different lens than you.” Yes, the “he’s a male and therefore gets preferential treatment” lens.

Was I angry? Yes. Was I frustrated? Yes. Was I scared to step away from all that I had known and step into a whole new, uncertain world? Absolutely!

What has happened since I took that leap, though, is nothing less than remarkable. The support I’ve received astounds me every day. On the Golden Globes red carpet, instead of hearing Calvin Klein and Ellie Saab roll off the tongues of some of the most respected actresses in the game, they were speaking my name. They were declaring their stance on inequality and injecting my experience into the Time’s Up movement all of their own volition. I was completely stunned, humbled, and frankly moved to tears more than once that day.

The injustice that I was experiencing and naively thought was merely my own became a collective awakening in many ways. Countless women around the world experience workplace discrimination, and it must end. Women are now, more than ever, fighting this fight out loud. They’re refusing to be silenced and are banding together to make change. It’s awe-inspiring to witness Hollywood heavyweights organize and fight for what’s right in such a public way. Females in all industries are challenging the system and joining the movement. Each day I hear from girls around the world, some still students, some just starting in the workplace, their mothers, their sisters, their cousins voicing their disapproval with the way things are and their hope for what is to come.

This isn’t about one person or a few—it’s about us. It’s about holding each other up as sisters, challenging the status quo, and refusing to accept less than what we deserve.

*This* Is How a Major TV Host Takes Care of Her Skin
Catt Sadler Is Leaving E! News After Finding Out Her Male Co-Host Makes Twice as Much as She Does
Nancy Meyers on the Hollywood Pay Gap & Lindsay Lohan