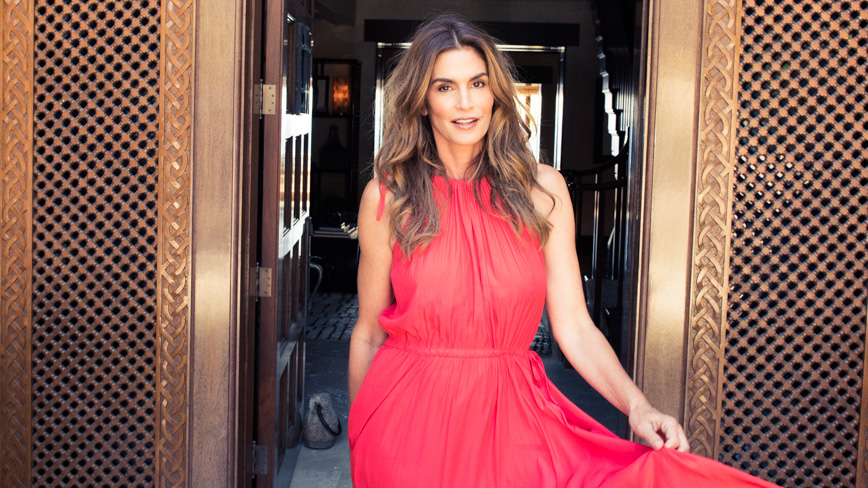 The supermodel recreated the original 1992 clip alongside her son, Presley Gerber.

Sure, the Super Bowl is *technically* a football game, but even those who aren’t into the sport have plenty of reason to tune in on Sunday. For starters, there’s the halftime show, which will feature Justin Timberlake (meanwhile, Janet Jackson hasn’t been asked back after JT “accidentally” ripped her top off mid-performance in 2004). And then, there are the commercials. For years, people have watched solely to see which ad everyone will be talking about for days, maybe even weeks, after the game is over.

This year, that honor goes to Pepsi, which recreated its iconic 1992 ad with supermodel and Coveteur board member Cindy Crawford. In the quick clip—which is narrated by Jimmy Fallon!—she can be seen stepping out of a similar red car to the original shoot, this time wearing a denim top and white bottoms (the reverse of what she originally wore), and drinking out of the can. But she’s not alone: Her model son, Presley Gerber, also makes an appearance, as do a few quick cuts of hit Pepsi commercials of the past. Watch it in full before Sunday, ahead!

Inside Cindy Crawford’s L.A. Home
These Mother-Daughter Duos Will Have You Seeing Double
Kaia Gerber Let Us In on Her Entire Beauty Routine