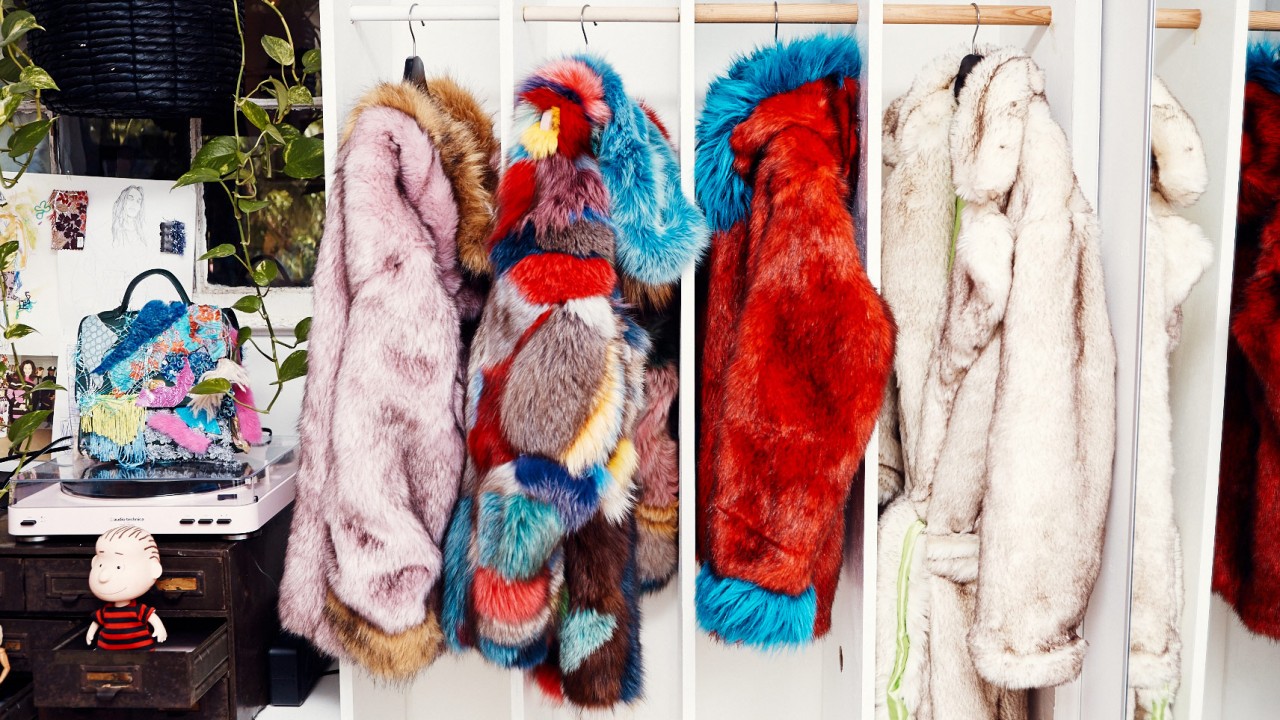 This upcoming New York designer may just bring her, Cardi B, and Bella Hadid together.

Designer Colin LoCascio has a Fran Drescher pin on his denim coat pocket. There are also some photos of her in bedazzled picture frames scattered throughout his studio. His love for her stems from his obsession with The Nanny, which is a direct result of his Queens heritage. “Disoriented chic is how I like to talk about my work, where it’s like Fran and all these absurd women. My mom and my aunts.” After graduating from RISD, which he originally attended with the intent of studying toy design, he came back to Queens. The move home made him realize how much the borough impacted his taste. “I always go to diners in Queens, and there are these old ladies with their huge costume jewelry. It’s amazing in the worst kind of way...but it’s amazing. It’s like, ‘Yes! You live your life, girl, and enjoy your hamburger.’”

LoCascio’s designs are colorful and textured. There isn’t a material he wouldn’t use or wouldn’t consider pairing with another. His jackets range from a solid yellow shade (as seen on Bella Hadid) to every color of the rainbow (as seen on Cardi B). Slick Woods wore a top LoCascio made out of safety pins to attend the FentyxPuma FW 17 show in March. Miley Cyrus recently followed him on Instagram. 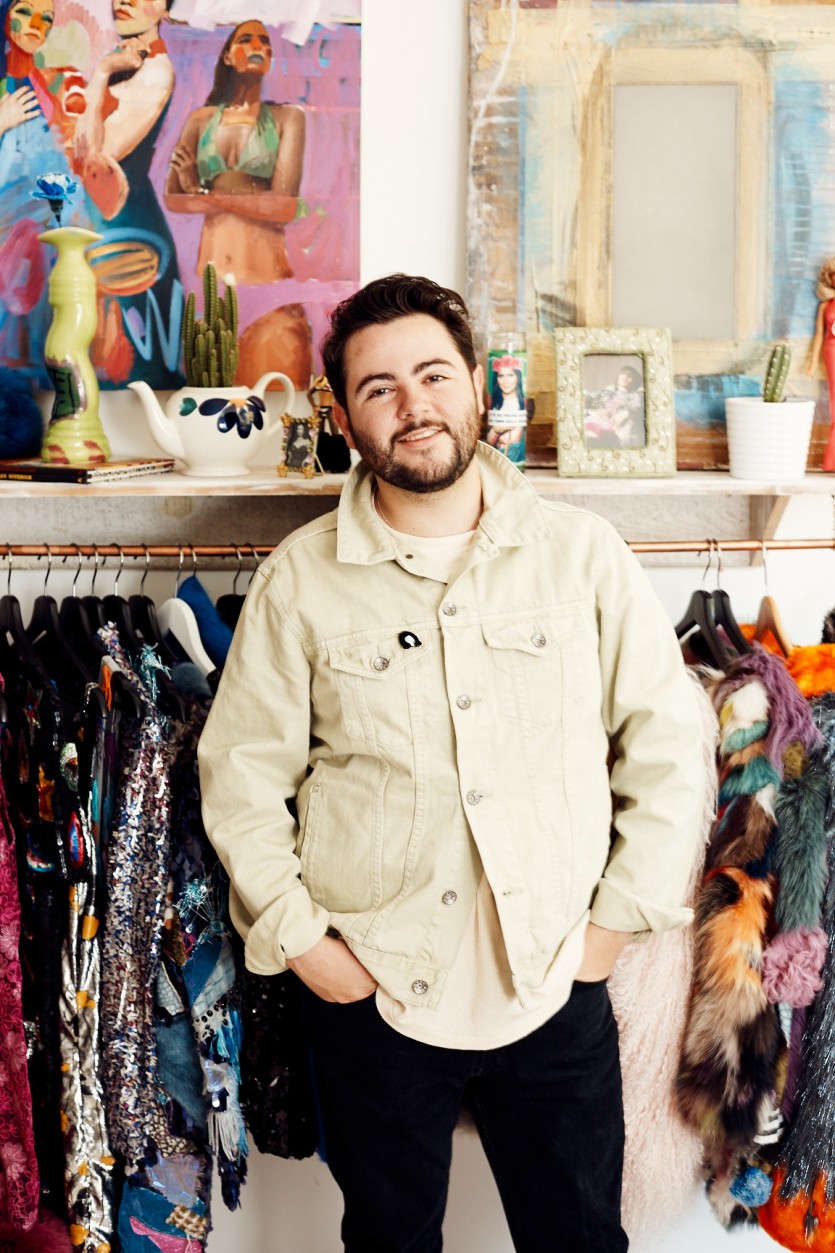 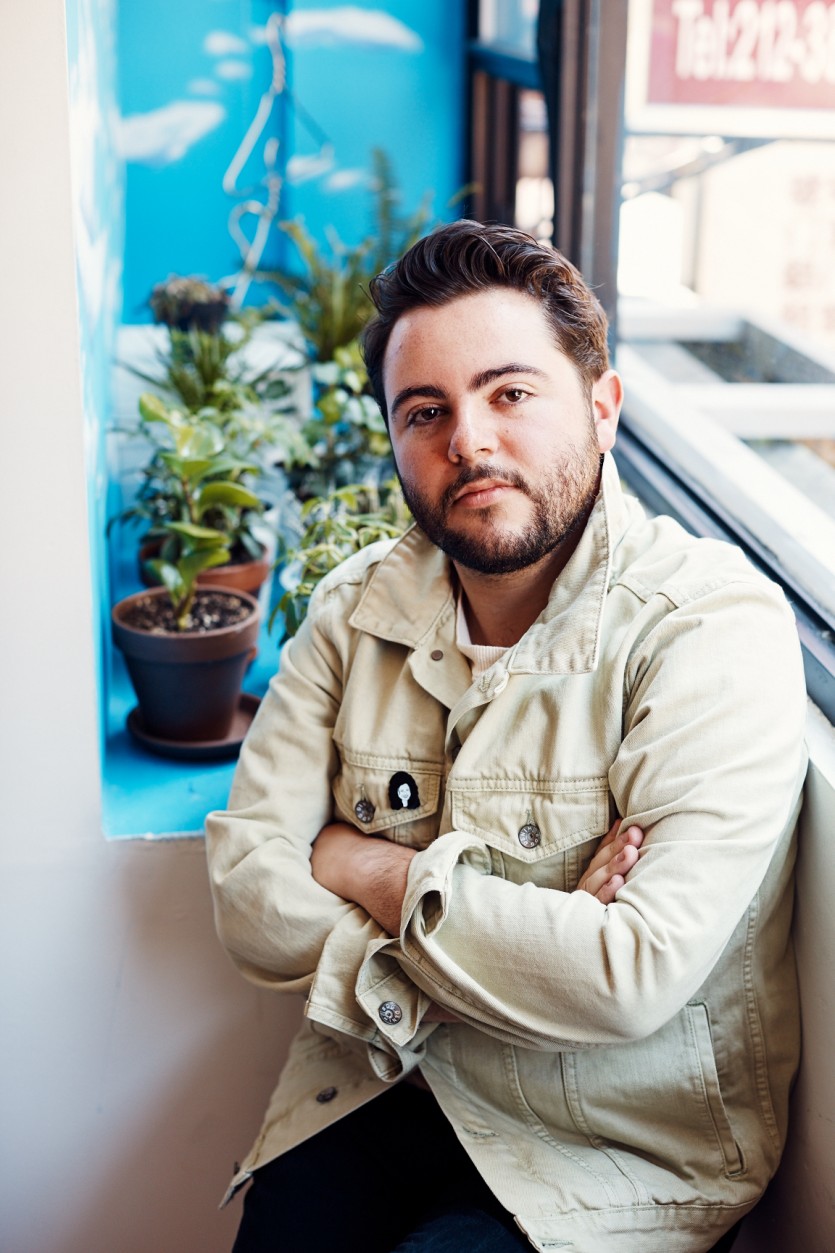 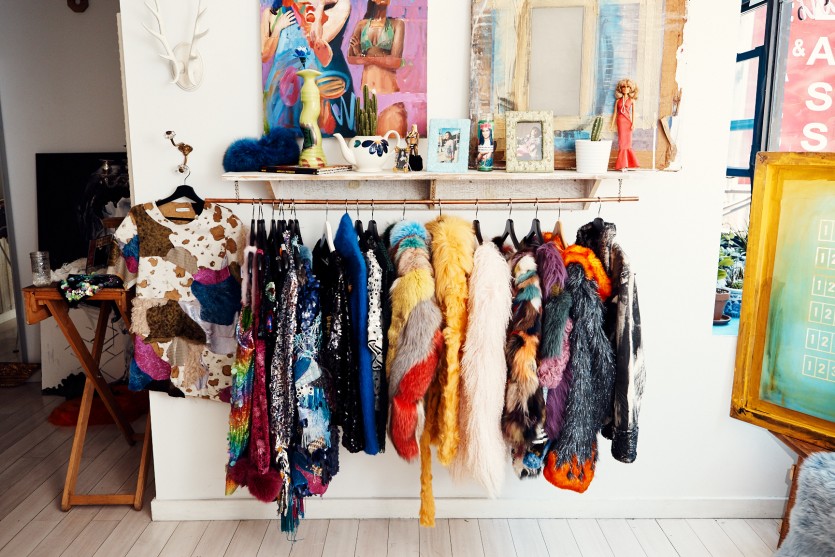 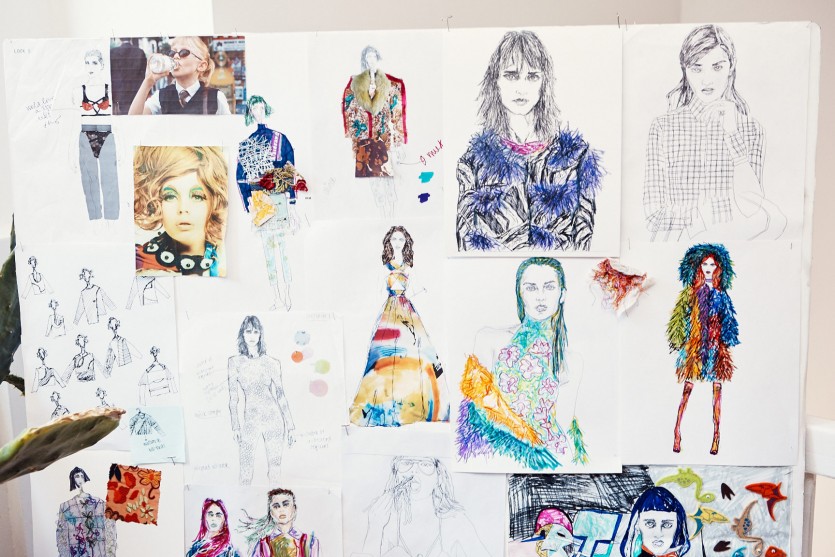 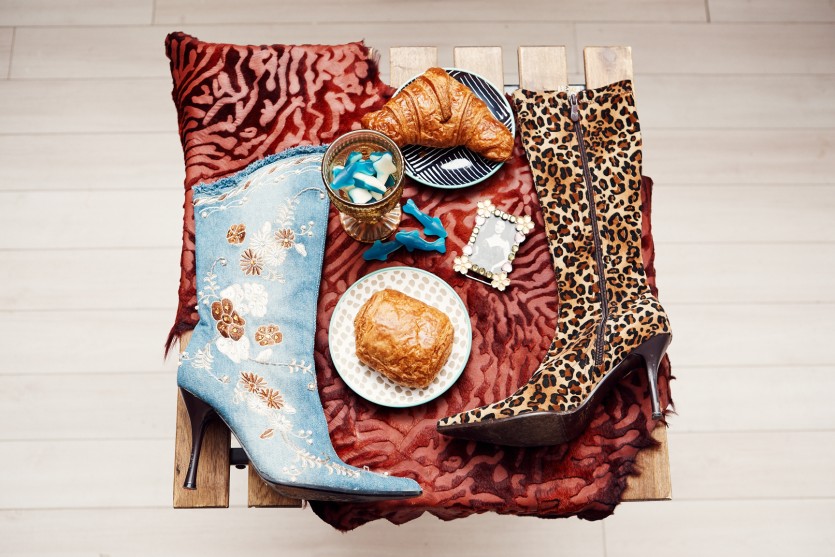 Queens is often called “The World’s Borough” because of its vast cultural and ethnic diversity, so it’s fitting that LoCascio’s clientele would be as equally diverse as the place that inspires him most. “Everyone asks, ‘OK, who is your market? It needs to be super defined.’ But then I look at it, and it’s like, OK, this badass guy who lives in the Bronx is buying my coats and wears them with t-shirts. Then there’s also someone from Philadelphia who is this amazing drag queen that performs at night.” If there is anyone whom he’d love to see in his clothing, it would be—like most other designers, both emerging and established—Rihanna. He points to a pink candle with a photo of her in the Adam Selman mesh dress she famously wore to the CFDAs in 2014. “Every time her stylist pulls something, I light [the candle].”

It’s fun talking to him and walking around his studio, getting lost looking at leopard-print boots and multicolored outerwear while simultaneously making jokes about his Rihanna superstitions. But he wouldn’t use the word fun to describe his work; he finds it can demean the effort, “and that annoys me a little bit because I do think it’s really important. I do believe in the power of self-expression through fashion and having it as a means of communicating yourself—trying to sort out who you are and who you want to be.” 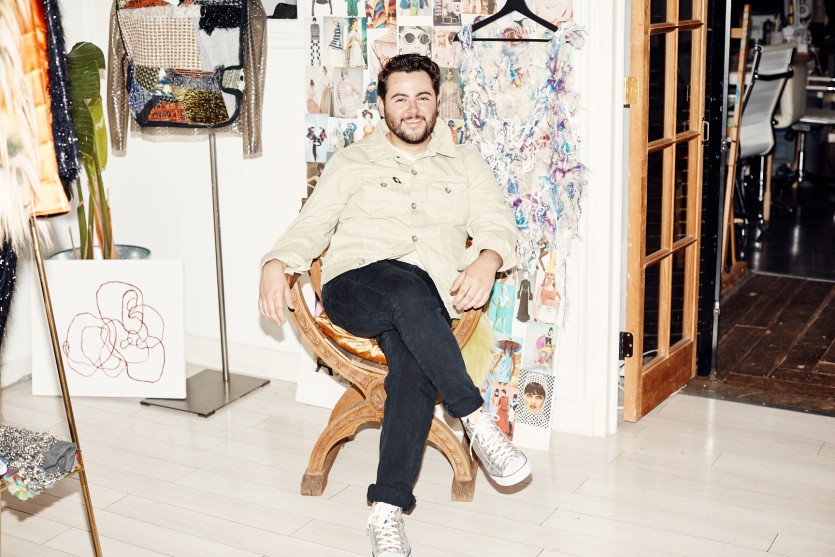 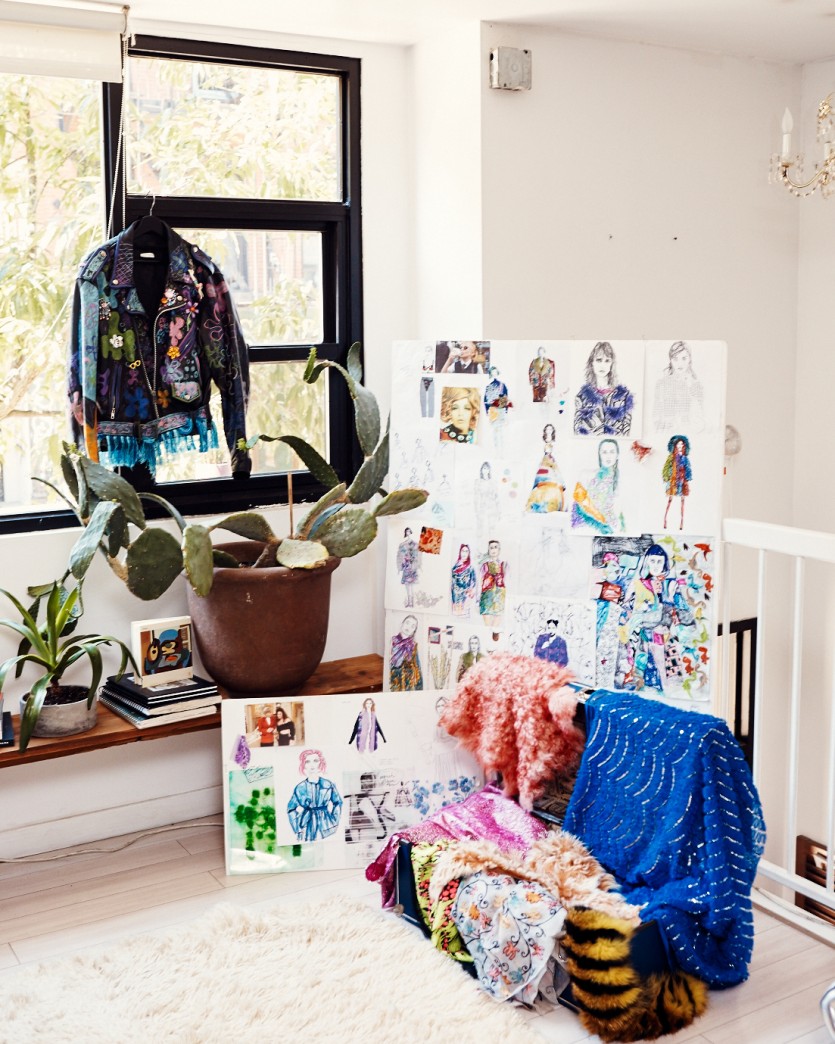 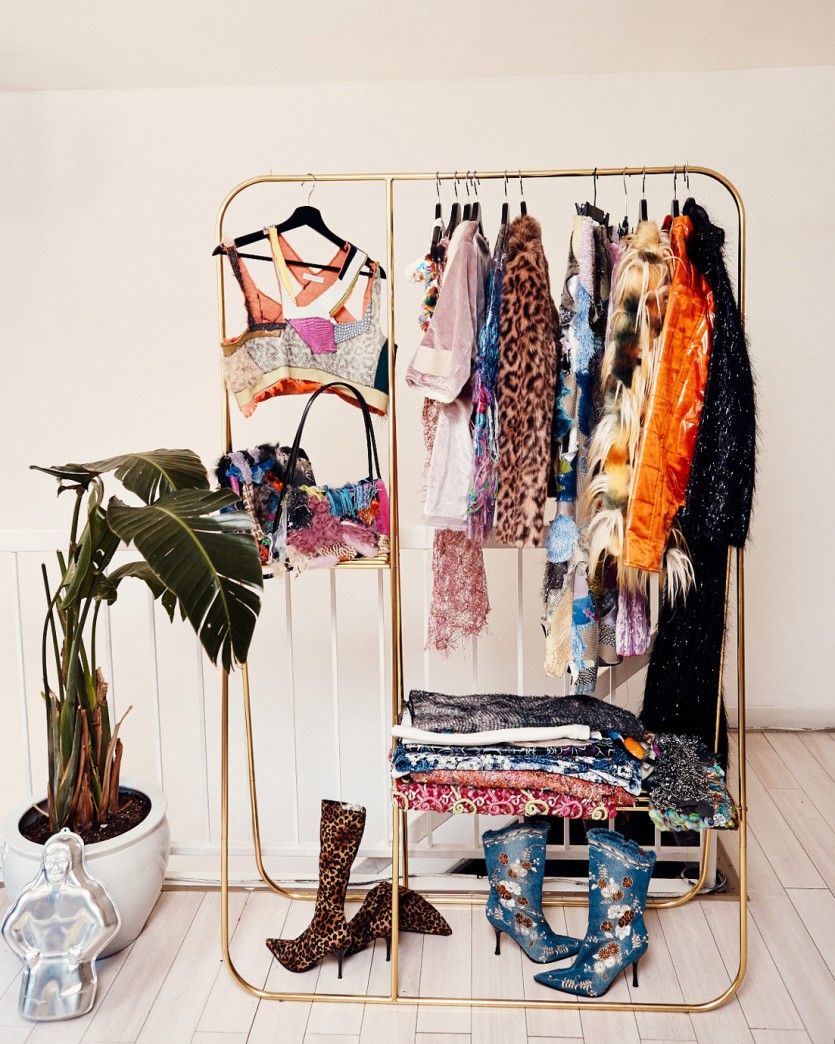 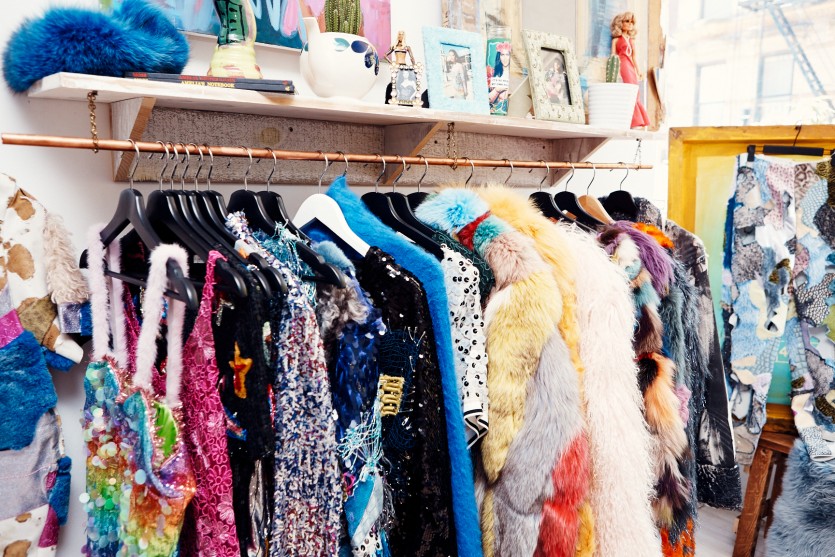 LoCascio wants his clothing to liberate people. “That is how I define the person I design for. She’s on this journey of self-discovery, and she’s OK with not knowing who she is, but she is also aware of who she wants to be. She is realizing that the world around her is really unstable and really unjust and sort of shitty. But she has complete control over herself and her style and what she wears.” The person he designs for reminds him of the strong women he knows from Queens who find power in their clashing of patterns and unapologetic femininity.

Currently he only works for editorials or on custom orders, but a runway may be in his future. That is, if a certain New Yorker with a signature thick accent partakes. “If I ever have a runway show, the only way I could ever see it happening is if Fran came out in a full look. I’m thinking about DM-ing her and just being like, ‘Listen, this has to happen.’” He touches his pin as his says it, which I’m almost certain is a new superstition.