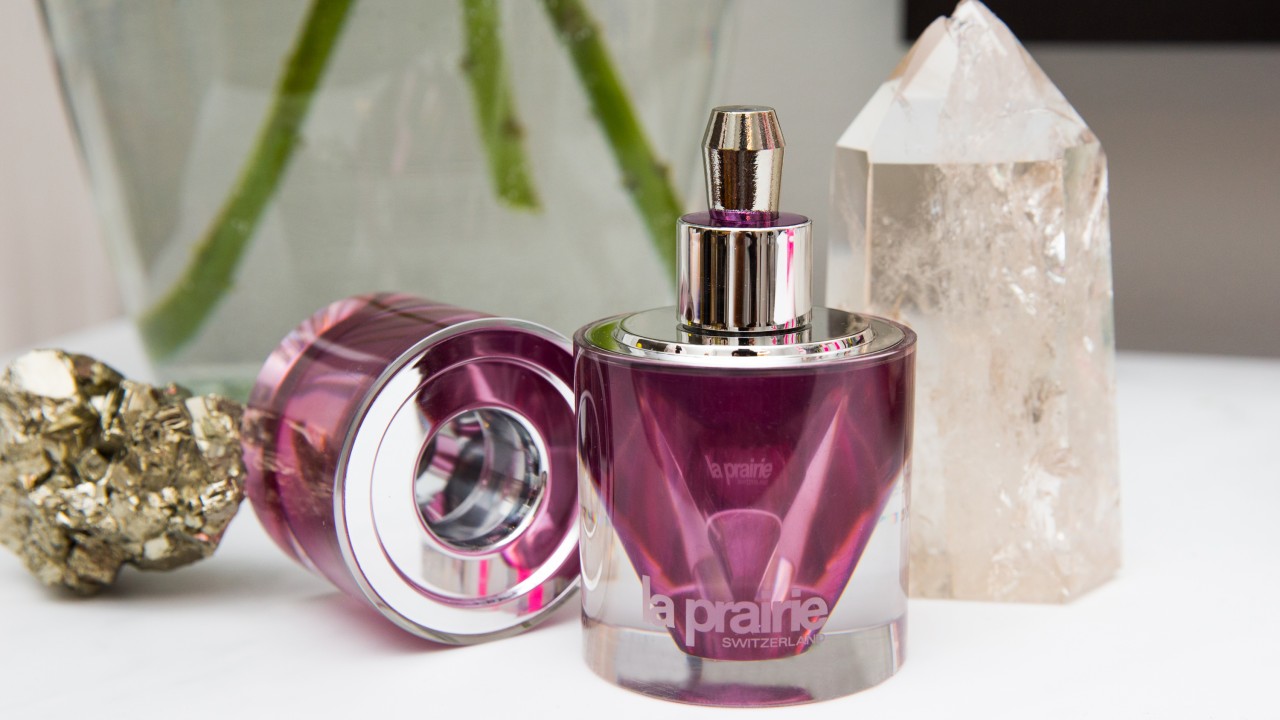 Behold: A $1,200 Face Serum That Comes from Outer Space

Girl, your skin will look out of this world.

Normally when you hear about a rock headed toward earth, it’s the premise of a summer doomsday blockbuster (or a Lars von Trier sci-fi drama); not, as I found out when I sat down with the lead scientist behind that latest anti-aging serum from La Prairie, a skin-care routine. Platinum—the white metal that is 30 times rarer than gold—is only here on earth thanks to a 200-million-year-long meteor shower that happened about 4 billion years ago. (Gold arrived with it, too; thanks, space!)

But other than the nerdy facts and the bling appeal of platinum jewelry, the properties of the metal when infused into a skin-care formula can be impressive enough that the iconic Swiss skin-care house La Prairie calls their new Platinum Rare Cellular Night Elixir the most powerful anti-ager they make. Given that they have 30 years of history and produce more than 40 products that go all the way up to $2,200, we are very willing listeners.

“The formula improves four functions of your skin: nutrition, respiration, detoxification, and immunity,” says Dr. Daniel Stangl, whom I met with in Aspen, CO, at the peak of the annual Geminid meteor shower in December. (Full disclosure: I had no idea certain meteor showers were annual. Clouds of debris are suspended in space right in our orbit, so we crash through them around the same time every year. Clearly freshman-year astronomy didn’t do the trick—I need a luxury skin serum to drive the point home.) “Night is when skin is repairing and regenerating, and it’s also more vulnerable then, which is why we want to give it these ingredients before we go to sleep.”

The platinum itself does multiple things, such as facilitate the destruction of free radicals that cause skin to go haywire. It also helps the other ingredients in the formula stay protected from degradation. Those include some more familiar skin-care characters like amino acids, nucleotides, and sugars that help cells renew more efficiently into healthier, more resilient skin—that’s essentially what those four functions are about.

What does that mean for someone like me, who is the owner of a few eye wrinkles, some emerging jowls, and now, this $1,200 dropper bottle of elixir? It means that once the healthier skin cells start to be produced and come to the surface, the skin can be smoother, more glowy, and have that taut little bounce we all want. And you don't have to be facing retirement years to want that. “The accumulation of damaged skin cells really starts after 20,” Dr. Stangl says. “It’s well before you actually see the first signs of aging.” Of course, I fully support the anti-anti-aging awareness today, but this 32-year-old is personally interested in turning those skin cells over now. Like, yesterday.

But while I wait for the four to six weeks that dermatologists always tell me is required to see its true benefits, the immediate perks quick absorption without a hint of stickiness—I apply it between cleanser and toner and before moisturizer and eye cream—and a really pretty cosmic-like iridescence. When I put it on before bed, it’s almost like I'm wearing a nighttime highlighter. Which I suppose could be an added benefit the next time I strike out in the middle of the night to witness a big annual meteor shower. There’s actually one coming up in April. Any more platinum up there?!