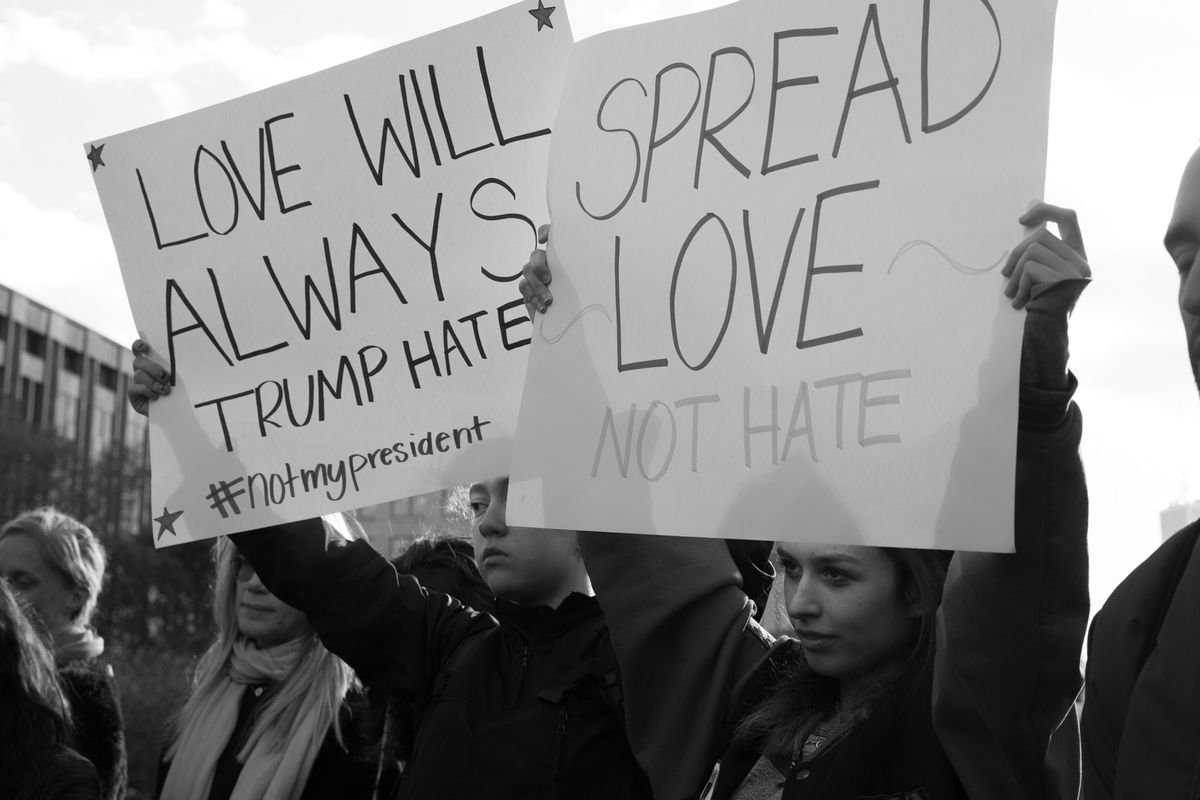 Did the Women’s March Actually Accomplish Anything?

It’s been one hell of a year…

On January 21, 2017, history was made. The Women’s March—in which over four million citizens of the world gathered peacefully, holding more than 600 marches across the U.S. and around the globe—shattered expectations in size and force. The women and men who showed up to voice their opposition of the election and inauguration of Donald Trump broke records. A sea of pink pussy hats and feminist signs soon became a symbol of the remarkable day, and in the months following the Women’s March, there were signs of progress and continued resistance.

The march launched a movement that woke the nation (and the world) to the deep concerns and alarm many Americans—and many, many women—have about a Trump presidency. But one year later, it’s clear that Trump was just the tipping point. In the wake of the the Women’s March, a groundswell of reported stories (read about one of the reporters breaking these stories here), movements, hashtags, and voices of empowerment helped push the feminist movement forward. (Yes, we may be pushing this movement slowly, and uphill, but we are pushing it.)

Despite the fact that Trump is, regrettably, still in office, notable progress in the sphere of women’s rights—or at the very least progress around the conversations on women’s rights—has been made. With a second Women’s March scheduled to take place again on January 20 this year, we look back at feminism’s most significant moments of 2017:

In the middle of her powerful speech, in which she criticized attorney general nominee Sen. Jeff Sessions, Sen. Elizabeth Warren (D-Mass.) was interrupted and silenced by republicans. When Senate Majority Leader Mitch McConnell tried to defend the decision, a feminist slogan was born.  “Sen. Warren was giving a lengthy speech,” McConnell said. “She had appeared to violate the rule. She was warned. She was given an explanation. Nevertheless, she persisted.”

Time magazine named “The Silence Breakers” of the #MeToo movement “Person of the Year” after women came forward with their stories of assault and abuse at the hands of Hollywood producer Harvey Weinstein and others. Activist Tarana Burke originally started the #MeToo movement in 2006, but in October 2017, celebrities on social media began using it to announce their stories of sexual harassment and abuse, and soon social media was aflame with women everywhere using the hashtag to share their own experiences.

With the publication of best-sellers like Dear Ijeawele, Hunger, and What Happened, 2017 proved there’s a wide audience desperate for compelling stories written by women.

Some of the most powerful women in Hollywood, including actresses Reese Witherspoon, Ashley Judd, Natalie Portman, and America Ferrera; producer Shonda Rhimes; and CAA agents Maha Dakhil, Michelle Kydd Lee, Hylda Queally, and Christy Haube banded together to confront the enormity of the problem of workplace sexual harassment in the U.S. Time’s Up launched with the goal of raising $17M to help form a legal defense fund to support women working in low-wage industries. Read more about their mission at TimesUpNow.com.

When Condé Nast hired a woman—a woman of color, no less—to take over as editor-in-chief of Vanity Fair magazine in December, the move was widely celebrated. The influential magazine had been helmed by Graydon Carter for 25 years. In the announcement of Jones to the top spot, President and Chief Executive Officer of Condé Nast Bob Sauerberg said, “Radhika is an exceptionally talented editor who has the experience and insight to drive the cultural conversation—balancing distinctive journalism with culture and humor. With her expansive worldview, I know she will guide Vanity Fair’s history of provocative and enduring storytelling well into its future.”

The Handmaid’s Tale, Big Little Lies, She’s Gotta Have It, G.L.O.W., Insecure, SMILF… We’re not saying these television shows were inspired by the Women’s March, but a feminist-minded audience certainly tuned in.

The Election of Danica Roem to U.S. State Legislature

Meet the new Virginia, where the state’s most socially conservative state lawmaker, Robert Marshall, was replaced by Danica Roem, a Democrat who made history last November when she became the first openly transgender person elected to a U.S. state legislature. The 33-year-old former journalist, who began her physical gender transition four years ago, fought and won against a 13-term incumbent who called himself Virginia’s “chief homophobe” and lobbied for the “bathroom bill.” [Ed note: Barf.] The win for Roem was a win for gender equality. [Ed note, again: And all of humanity.]

These wins shined a light on the path forward for the feminist movement. They also highlighted how something like the Women’s March can create the type of solidarity and strength that gives women the courage to step forward with their own stories, or to run for office, or to write that book.

Still, along the way, there have been setbacks. The Trump administration has made repeated and relentless attempts to undermine the progress feminist organizations have tried to achieve. From the continued passing of reproductive rights restrictions (including the reinstatement of the Global Gag Rule and the passing of a bill allowing states to withhold Title X funds from organizations that provide abortions) to revelations about the abysmal quality of care black women receive during pregnancy and childbirth, and the swift and sweeping attempts to roll back provisions of the ACA that addressed essential women’s health, this administration is still working hard to dismantle and restrict women’s rights.

Which is why the fight is not over, and another march is in the works. Women will, inevitably, nevertheless persist in 2018.