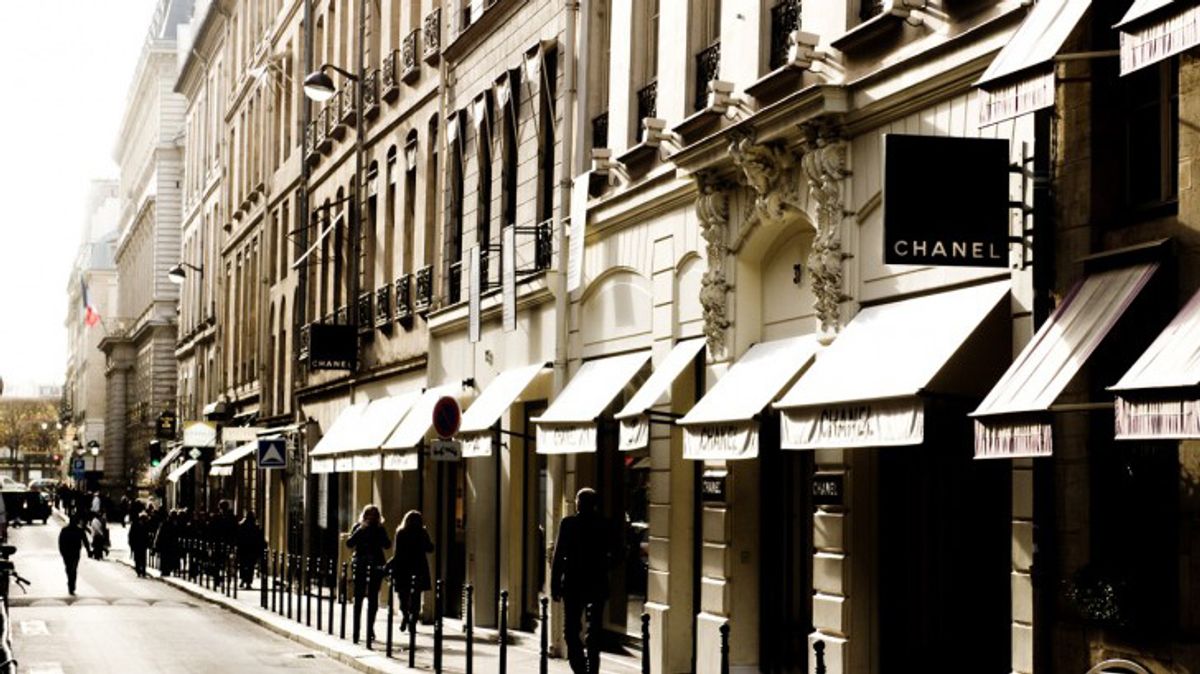 What I Wish I Knew Before I Moved to Paris

It’s not all Breton stripes, tousled bangs, and baguettes.

Paris: fashion capital, architectural marvel, and home to as many Michelin-star restaurants as it is to perfect picnic spots. The moment when light hits the city just right is proof that magic exists. Witnessing this firsthand and actually living here is the fulfillment of my childhood dream. I’ve fantasized about Paris since learning it was the sacred turf of expatriate writers like Henry James and Ernest Hemingway.

Confession: It’s certainly not as dreamy as it looks, although two years’ worth of smiley Instagram posts showing picturesque rooftop views of a fiery pink city at dusk and poses in vintage treasures from the Marais tell a totally different story.

While I’m incredibly fortunate to have been a permanent resident in one of the most-visited cities in the world, there are so many things I wish I knew before making my transatlantic move.

The image of the “French girl” as a waiflike muse of the Nouvelle Vogue in a Breton-striped shirt is problematically outdated. Today’s France is a product of post-colonial legacy and waves of immigration that have resulted in one of the most diverse European countries. This rich culture is widely underrepresented, in fact excluded, by fashion’s favorite stereotype. In a country where women can’t wear headscarves in public schools (and, of course, after the infamous burkini ban), limitations are set on how a considerable part of the population can and cannot dress. That enviable “effortless chic” element of French style does not apply to everyone. For the fashion-conscious ladies who live in France but are not channeling Brigitte Bardot or Jeanne Damas for style inspiration, “effortless” is not an option. These are the women that may not be able to express themselves openly or creatively when conservatism doesn’t fit society’s preconceived notion of French femininity.

I studied French in high school and college and worked for almost a year in another part of the country before coming to Paris, so I came to the city with a solid grasp of the language. But mastering French goes beyond fluency: Each word is supposed to be articulated, written, and heard a certain way, so if you’re not getting the accent right, you’re tarnishing a central piece to France’s patriotic puzzle. Precision is everywhere in this city. Stand on a corner anywhere in Paris and look up at its uniform architecture, or visit the museums that house masterpieces from Renoir to Cézanne to Matisse. Even pastries are treated like art, and it’s the same for language. As a result, the imperfections in your pronunciation will always identify you as an outsider, making even the best effort to communicate one of the most isolating experiences as an expat in Paris.

3. There is a social code in Paris—and you don’t want to get that wrong

There are unwritten social parameters that keep Paris functioning a certain way, which Natalie Portman described on Jimmy Kimmel as “a lot of rules of politeness and codes of behavior that you have to follow.” My experience navigating French etiquette was a lot of trial and error, and the penalty for breaking such rules is social scrutiny that can stick. I didn’t know, for example, that I was offending friends when entering a room without greeting each one personally with a kiss on each cheek (aka, la bise). My universal (read: practical) wave was an innocent yet direct violation of social law. Now I’ll always ask, “ça va?”—the sophisticated “what’s up?”—anticipating a standard response that could’ve come off a list. Still, I wouldn’t dare skip the pleasantry. This routine is part of a French dance that everyone learns. Freestyle is never a good idea.

I only started taking the bus a year after my time in Paris, when the company I worked for moved offices. I was exposed to a new world: a microcosm of France on wheels. In addition to the sensory overload traveling from the Latin Quarter across the Marais, I observed various human interactions revealing the uglier parts of French culture. Twice, I watched passengers publicly chastise others for speaking in their native African dialects on the phone, claiming that only the official language should be heard in shared spaces. So why hadn’t I received the same treatment when using travel time to make calls home to the U.S.? While these were just two isolated incidents, race, I realized, was part of this idea that language facility is important to national identity. While the bus showed me Paris’s eternal beauty, it was also a reminder of my privilege as a white American woman in Paris.

5. Prepare for lots of questions

From dramatic questions about safety in France after the November 2015 terrorist attacks, to people wanting to know if what they’ve heard about the French is really true (“Are the women really hairy? Do the people smell bad?”), I have to ask myself: Are people being genuine or judgmental? Or just ignorant? Still, these conversations are teaching moments. The best part of being abroad is the exposure to something new and exciting that we can bring back and share with others. At the same time, being questioned by Parisians has sometimes left me disconnected from my environment. Being asked “Where are you from?” can feel like an affirmation of my otherness rather than a question out of curiosity. Whether my accent was the giveaway or I didn’t properly greet a store owner, I’m often met with the reminder that I’m not Parisian. I don’t know that I’ll ever fully integrate, but the various definitions of what it means to be an outsider in this city, and asking yourself where and how you fit in, is the terrifying and unspoken part of the dream that brings so many in pursuit of it closer together.