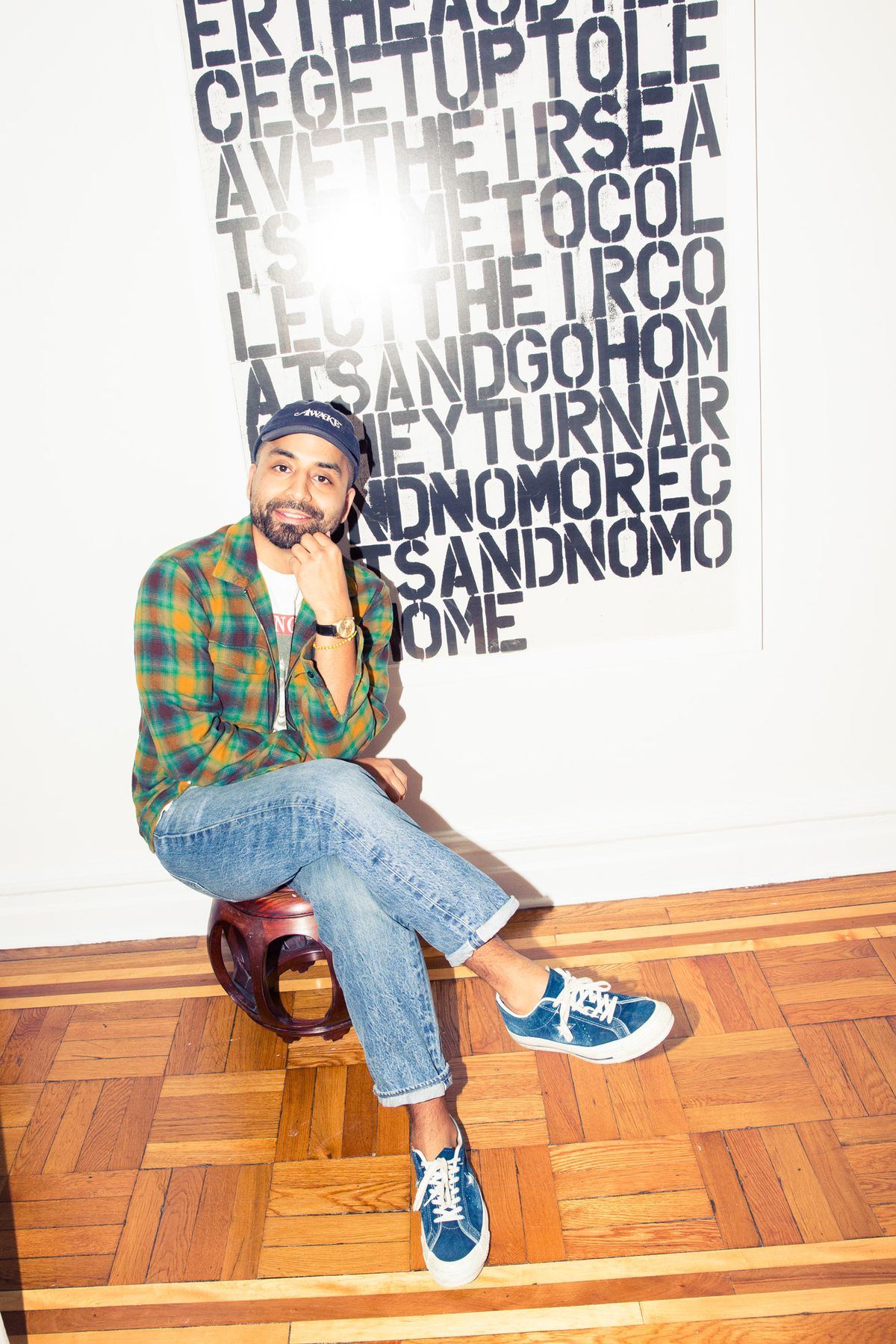 Angelo Baque helped make Supreme transcend the streetwear world to become one of the most in-demand brands while avoiding overexposure (and certain death) before launching his own creative agency. New York.

Emily Ramshaw
Renée Rodenkirchen
Emily Ramshaw
As we wrap up 2017, we’re also taking a look back at some of the most loved closets we visited this year. Check back every day to see who made our top 10 list, and shoot us a DM to let us know who you’d love to see profiled in 2018.   Can you believe it? Exactly one year ago we released our very first book, The Coveteur: Private Spaces, Personal Style. To celebrate, we’re going to be bringing you some of the super-exclusive closets we shot from the tome, all of which have never before been published online. Love what you see and want more? It’s not too late to order your own copy! Supreme is a label that so perfectly gets the post-internet social-media-driven fashion thing that, even if the streetwear brand isn’t your style and you don’t own a stitch of it, you can’t help but be a fan of it. Maybe because it somehow distills iconicity without being too serious about it—think of those Terry Richardson-lensed Kate Moss and Keith Richards posters. If those aren’t sealed into your mind, where have you been living? Either way, anyone in charge of such a company becomes a kind of moving target for us (we have a nose for these things), which was exactly the case with Angelo Baque, Supreme’s [former] longtime brand director. Thing is, the man isn’t exactly the most visible—he prides himself on his subtlety and mystery; he’s also just extremely busy. And when we finally got in touch with him (email is a magical thing), it took a few tries before we made it to his front (and closet) door. (No blame here, though—a book project with David Sims and a collaboration with Air Jordan will do that to a person. Again: busy.) And when we arrived, he was all graciousness dressed up in a born-and-bred New York accent, allowing us the run of his extensive Hawaiian shirt and vintage t-shirt collections while offering us iced green teas (there are ways to our hearts, and these are most definitely workable routes). This is a guy who has very exacting taste and style, from ’80s-era Polo Ralph Lauren to well-worn straight-leg denim and OG loafers. (For any guy who wears the latter footwear, he claims credit is due.) And despite his obvious mastery of the streetwear market, his personal style is decidedly more of the old-school, sentimental variety (see his large collection of Morrissey memorabilia, should you have any doubt of his emotional connection to his stuff). One thing that he most certainly does bring to Supreme, however, is his intimidating—inherent, really—coolness. It sounds lame when you say it out loud, but with him more than anyone, it’s true. Just trust us. Baque is a guy who can make a sweatsuit and Jon Buscemi white leather slides work as well as a flannel and cuffed denim (a Supreme-made classic if there ever was one). Best of all, he offers no explanation. Loafers simply are cooler than boots; straight leg better than skinny. Why? Because Baque said so.
Closet

Angelo Baque helped make Supreme transcend the streetwear world to become one of the most in-demand brands while avoiding overexposure (and certain death) before launching his own creative agency. New York.