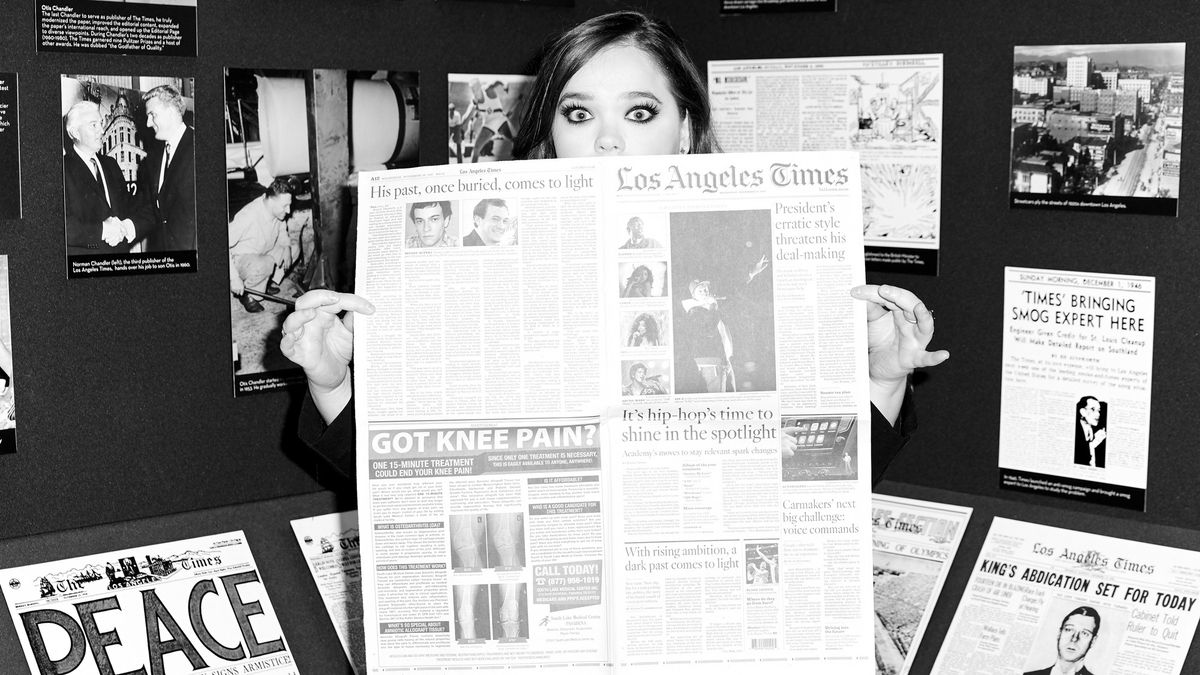 Some say women are lying about sexual assault for money and fame. Amy Kaufman of the Los Angeles Times proves them wrong.

In early November, the Los Angeles Times published an article by Amy Kaufman and Daniel Miller detailing sexual misconduct allegations against producer and director Brett Ratner. A few weeks later, the Times followed up on the report with a story outlining additional claims against Ratner, naming Russell Simmons as a witness and perpetrator in several instances according to the women interviewed. While both Ratner and Simmons deny the allegations, in the weeks since the stories were published Ratner has been dropped from the production of the Wonder Woman sequel and Simmons announced he was stepping down from the companies he founded.

That first story on Ratner was a bit of a departure for Kaufman, who’s spent the past nine years profiling actors and reviewing movies as a film writer. Growing up, she envisioned being an actor herself, though it was writing, not performing, that she excelled at.

“I was that girl who had celebrities from magazines all over her walls, and I was obsessed with moving to L.A. and being famous,” Kaufman says, talking to me on the phone in late November. “When I did move to L.A. to go to USC, I was a theater major, and after the first semester I realized, ‘This is not happening [laughs].’ So I was like, ‘All right, I’ll write about celebrities,’ and that’s what happened.”

“I don’t think people realize how much the women coming forward have to go through in this process.”

While much of Kaufman’s work up until now has focused on story lines that play out on screen, she’s drawn to breaking news and investigative reporting. She was eager to delve into the pervasiveness of sexual misconduct in Hollywood after the now-infamous story on Harvey Weinstein broke. “After the New York Times published that amazing article…a lot of publications, us included, felt like, ‘Wow, they just broke this major, major scoop—what do we do to cover this on our own terms?’” Kaufman and her colleagues started looking into sexual harassment and assault claims circulating throughout Hollywood, and a name that consistently came up was Brett Ratner. Still, reporting the story was nothing if not laborious.

“The first thing obviously that is hard is to find people who this has happened to,” Kaufman says. “It’s easier once you’ve started to write about this, and other people say, ‘I also had an experience with Brett Ratner or Russell Simmons’...because you get tips. But when you’re first starting out, that doesn’t exist, so [you’re] scouring social media, calling people who worked for these people, trying to think about who they have relationships with in the industry, and then also relying on public records. So looking through court documents, seeing if they have any criminal record [or if] anyone has ever sued them.”

Kaufman and her colleagues found and vetted six sources before publishing the story, employing a process that is far more time-consuming and nuanced than the public may realize, she says.

“It’s shocking to me that we hear of all these people now saying, ‘People are just doing this for fame—they just want money, they want their 15 minutes,’” Kaufman says. “I don’t think people realize how much the women coming forward have to go through in this process. It’s not like they have just one quick phone call with me or share an email with me. We talk many times off the record, then [the allegations] go by our internal paper’s lawyer, then we have to run them by the person who’s being accused’s lawyer. They have questions; we have to go back to the victims. And the stuff I’m going back to the victim with is really intimate, graphic stuff a lot of times. So they’re having to relive this experience over and over.”

Another key component to this type of reporting is talking to people who can back up an accuser’s story.

“They have to hammer out these perfect timelines, and then they have to remember who they told and find as many people as they can—friends they told, family that they told—to corroborate their stories to me. Once those corroborators are on the record, we do a whole background check on them—look up their court record, look up their criminal record—to make sure they’re a real person and that they seem trustworthy. So it’s kind of an intense process. We write so many versions of the same story. It’s a real lesson in patience.”

Kaufman’s Twitter account is currently “overrun with trolls,” as she describes it, many of whom want to know why these allegations are just now surfacing, given that the assaults being recounted happened decades ago.

“In terms of why that first group of women came forward about Harvey [Weinstein], I don’t have a good answer for that,” Kaufman says. “I’m just thankful that they did because so many of the women I’ve subsequently spoken to credit them and say they feel like there’s this cultural momentum now, and women are being believed... It’s amazing watching this kind of sisterhood emerge.”

For all the criticism journalism has gotten for shrinking editorial staffs and factual oversights, the current landscape is one where Kaufman isn’t pigeonholed into one type of reporting. She’s able to investigate sexual assault claims against Hollywood’s most powerful men while simultaneously covering Beanie Feldstein’s breakout turn in Ladybird and the Bad Moms franchise. Currently, Kaufman is writing a book about another passion: The Bachelor.

As a fan of the show, Kaufman was writing recaps for the Los Angeles Times website until one day an ABC publicist told her that she couldn’t join the network’s weekly conference call about the latest episode.

“So many of the women I’ve subsequently spoken to credit them and say they feel like there’s this cultural momentum now, and women are being believed... It’s amazing watching this kind of sisterhood emerge.”

“My editor called the ABC publicity department, and they basically in so many words said that my recaps were too negative, so they didn’t want to grant me access to any Bachelor press [briefings] anymore,” Kaufman says. Her hunch that The Bachelor was trying to hide questionable production practices was validated when former contestants started showing up to the informal watch parties she and her friends would have. “One guy came a couple years ago and started dishing about his experience. It was so eye-opening that he was, first, willing to share all this stuff, and [also], all of the manipulation he described.”

Kaufman’s book is slated to come out next year, and her long-term plan is to stay in journalism, despite the rapid and drastic changes happening in the field.