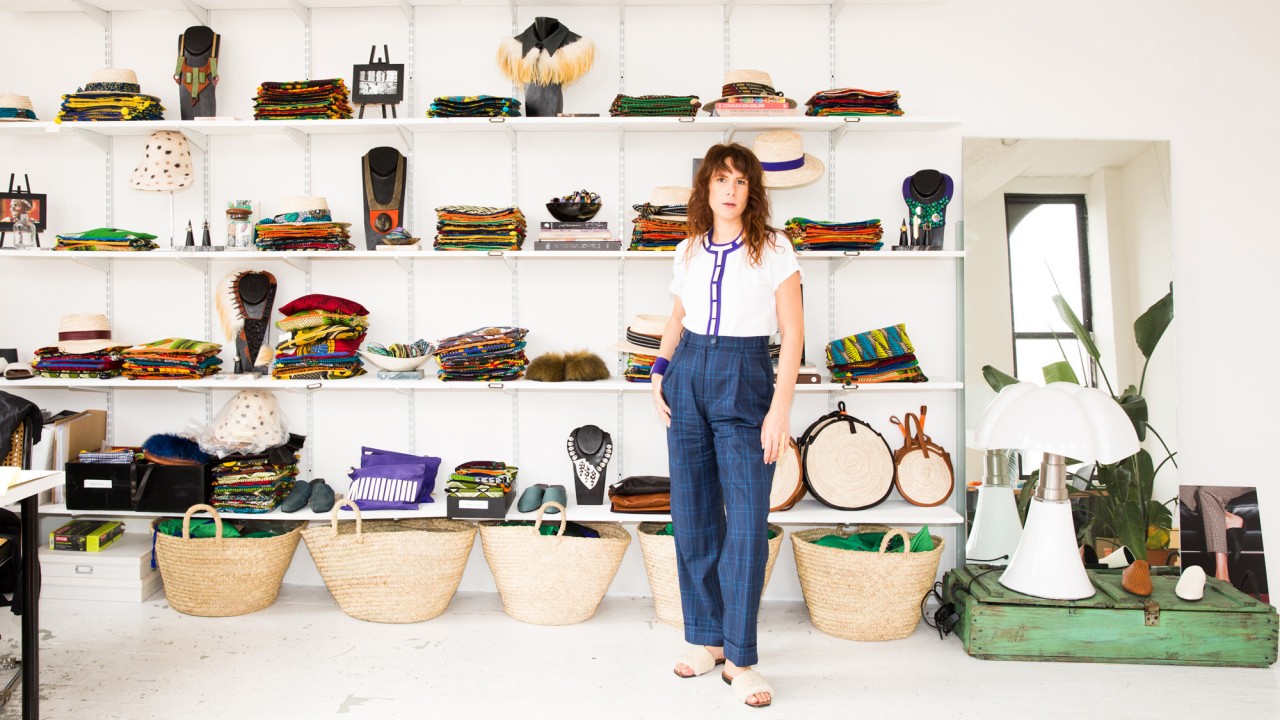 Parme Marin unintentionally and temporarily broke the internet when Beyoncé wore one of the brand’s bags. In a frilled black top with plaid shorts and blue lipstick, Beyoncé topped off one of her signature #ootd posts with a circular straw bag with leather lining that retailed for just $150 (the piece has gone up to $250 as of late). Considering handwoven and straw bags were everywhere this past summer with every girl imaginable doing her best Jane Birkin impression, the design is a refreshing take on an otherwise overdone essential. And the price tag was pretty refreshing, too. 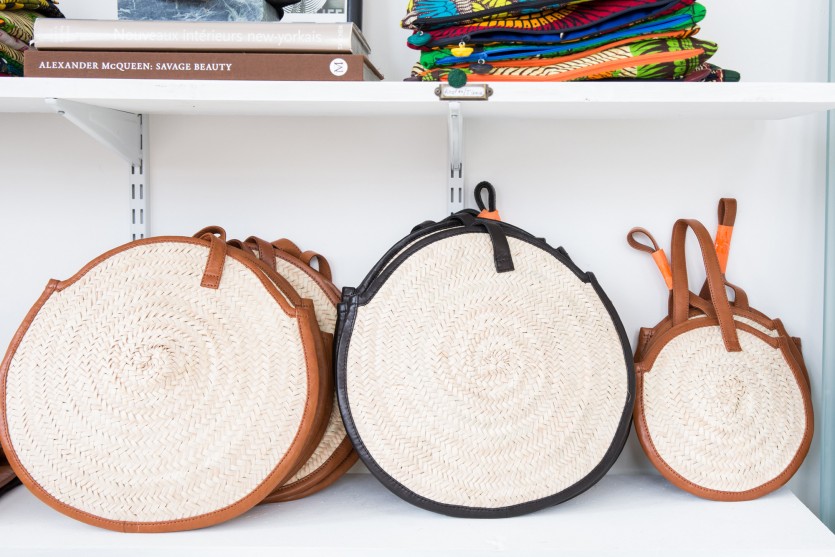 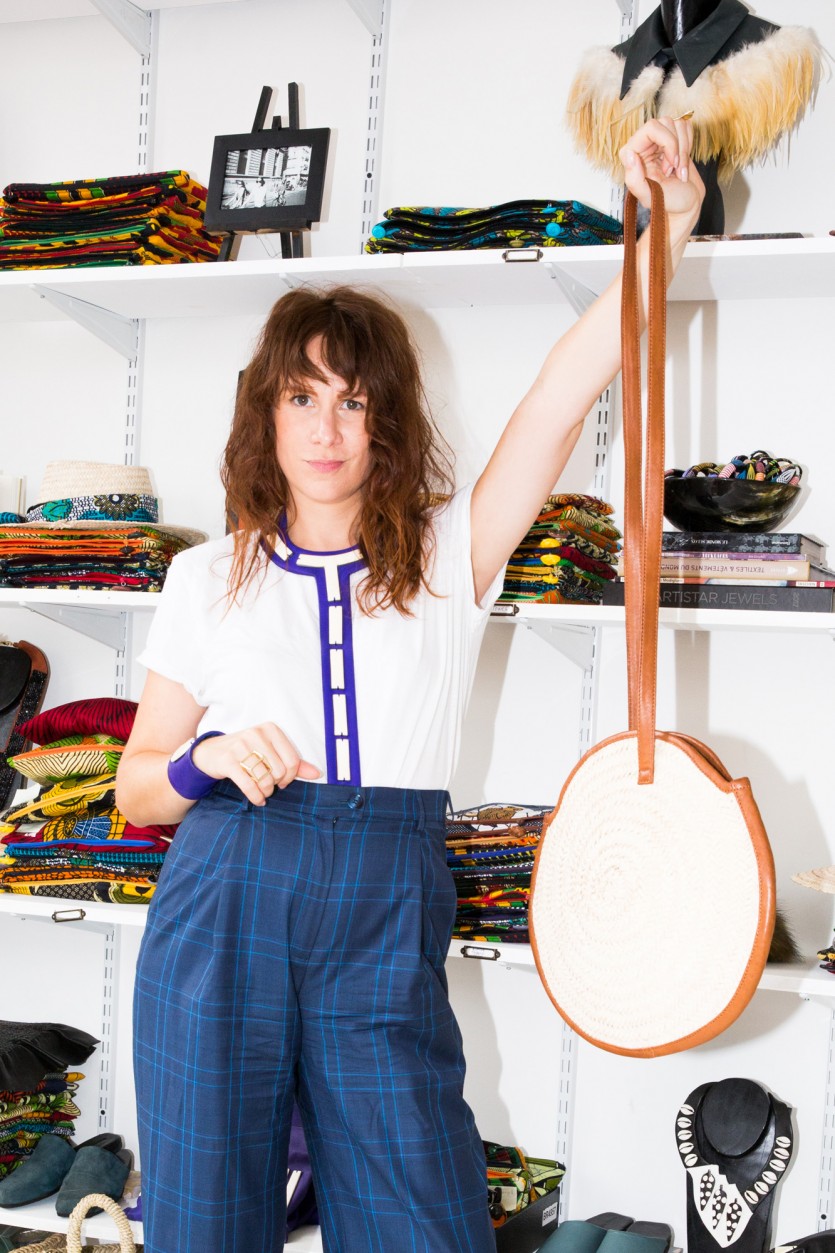 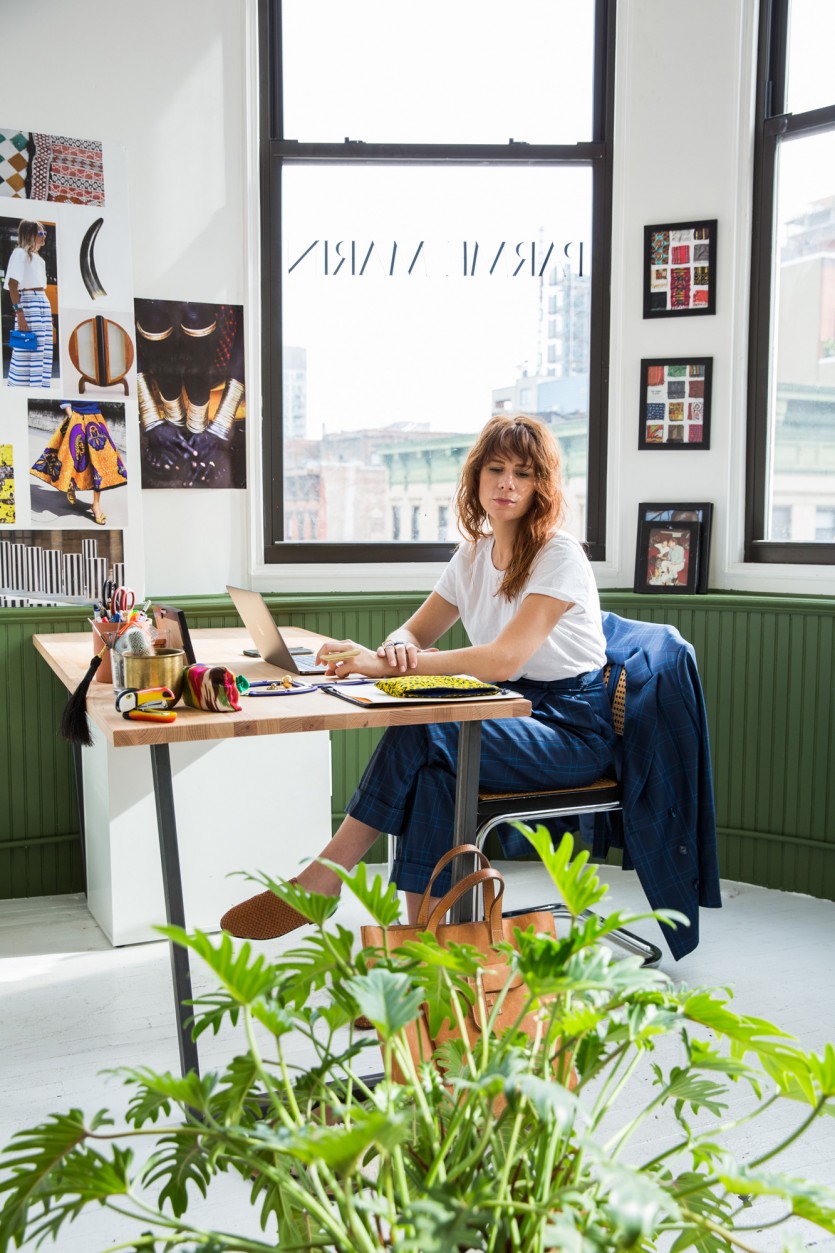 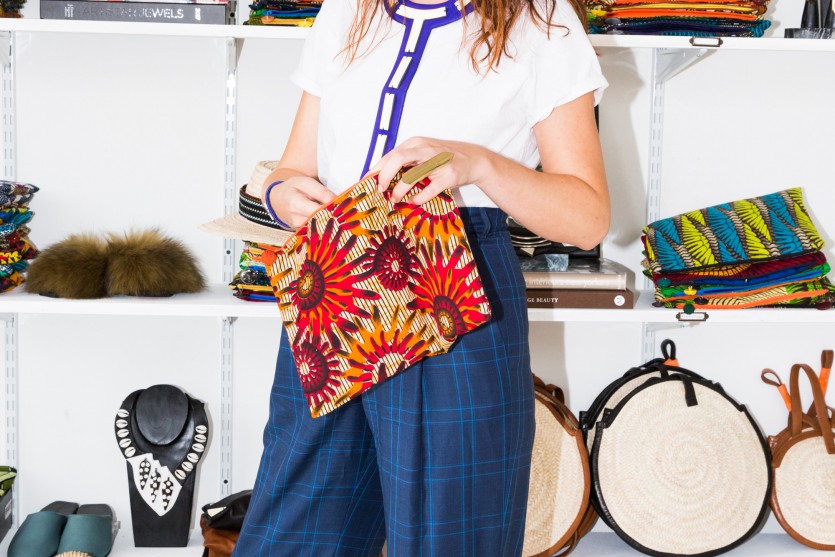 Paris-born designer Parme Marin, of her eponymous brand, told me the Tadlak bag that Beyoncé made famous was one of her favorite accessories (and this was a couple weeks before Beyoncé even wore it). “You see a lot of straw bags and baskets these days, but you don’t really see them with leather or the African fabric lining,” she tells me sitting at her desk in a sunny glass corner of her studio in the Lower East Side. The bags aren’t just beloved personally because of their timeless appeal, but because of the work that goes into making each one. “I work with a community of women, and they are the ones weaving the bags. It’s not like, oh, we’re making straw bags… There are women living on the salary that they get from this! It’s the full package.”

Having lived in Morocco briefly, Marin knew she would have to use materials from the city to create the brand she envisioned. “All the materials I had in mind were specific like the bow, the horn, the leather, and all of this wood,” she tells me when speaking about her team of artisans. And it isn’t just the people, but also the aesthetics of the city that inspire her. “In Marrakech all of the walls are light pink. It’s so warm. It’s typical for Morocco to have a deep blue and green together…” She trails off thinking of all color combinations before pulling correspondingly colored accessories off a bookshelf. 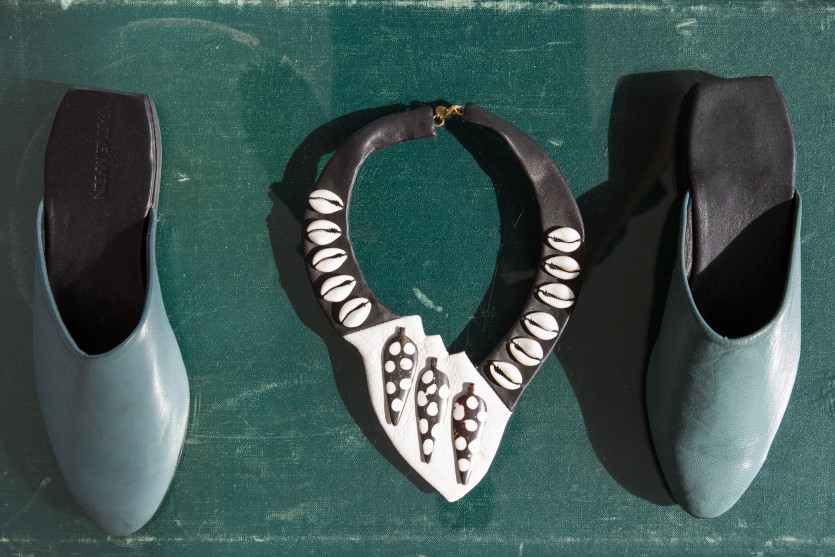 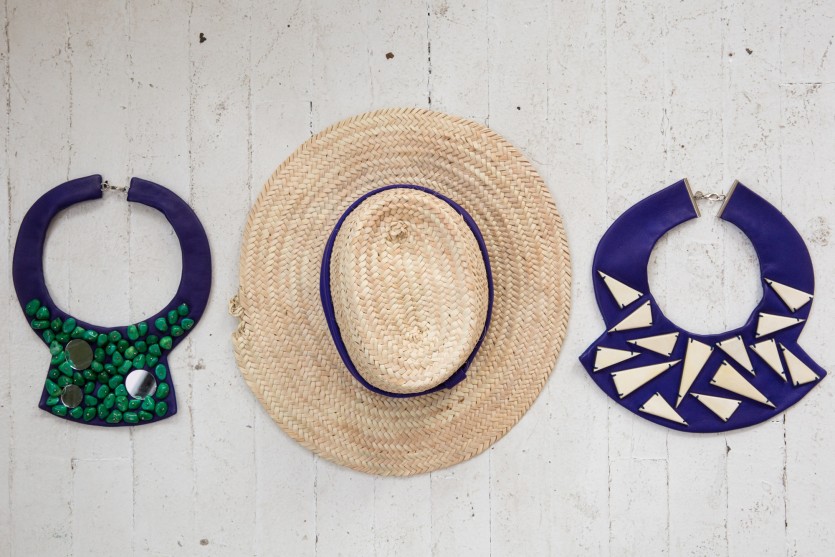 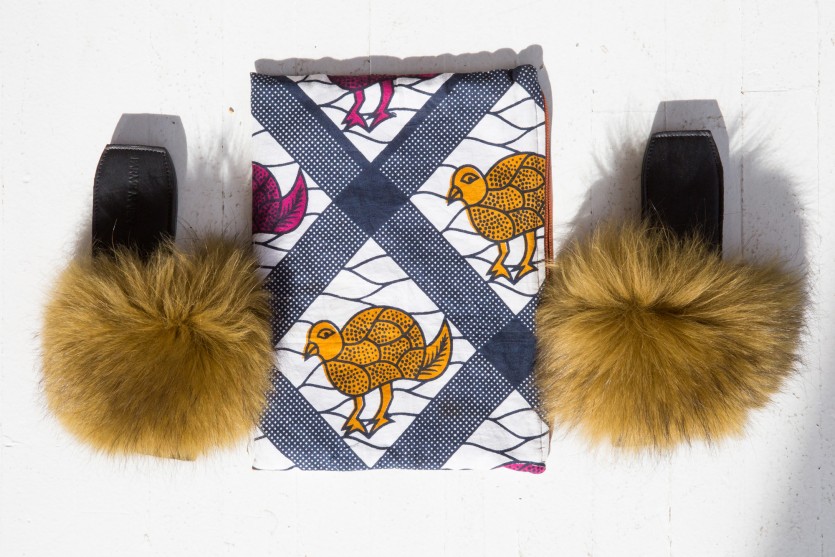 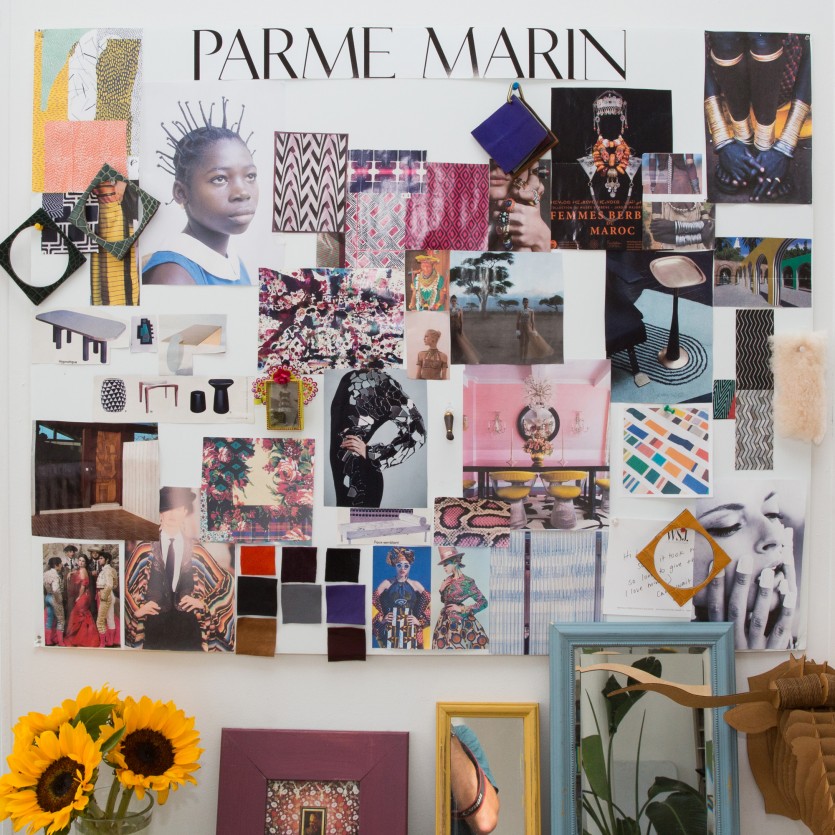 With fluffy Fanny packs made with fur and large geometric necklaces made with wood, Parme Marin offers eccentric and fun pieces that’ll transform an outfit with colorful inspiration from around the world. Although one city is noticeably absent on Marin’s mood boards—the one that raised her.

Having adopted New York as home (“It’s my city!”) and Morocco as her studio (with frequent trips back to check in with her team there), Marin will admit she just doesn’t get French-girl fashion. “In Paris, people have a tendency to all dress the same in black and that’s it. It’s kind of like a uniform. You have to be the same. You don’t want to be too different. That’s also a reason why I live here. I wanted to express myself more,” she says of her hometown with a thick French accent. Selfishly I can’t help but be thankful for the disconnect; there’d be a lot less color to look at.