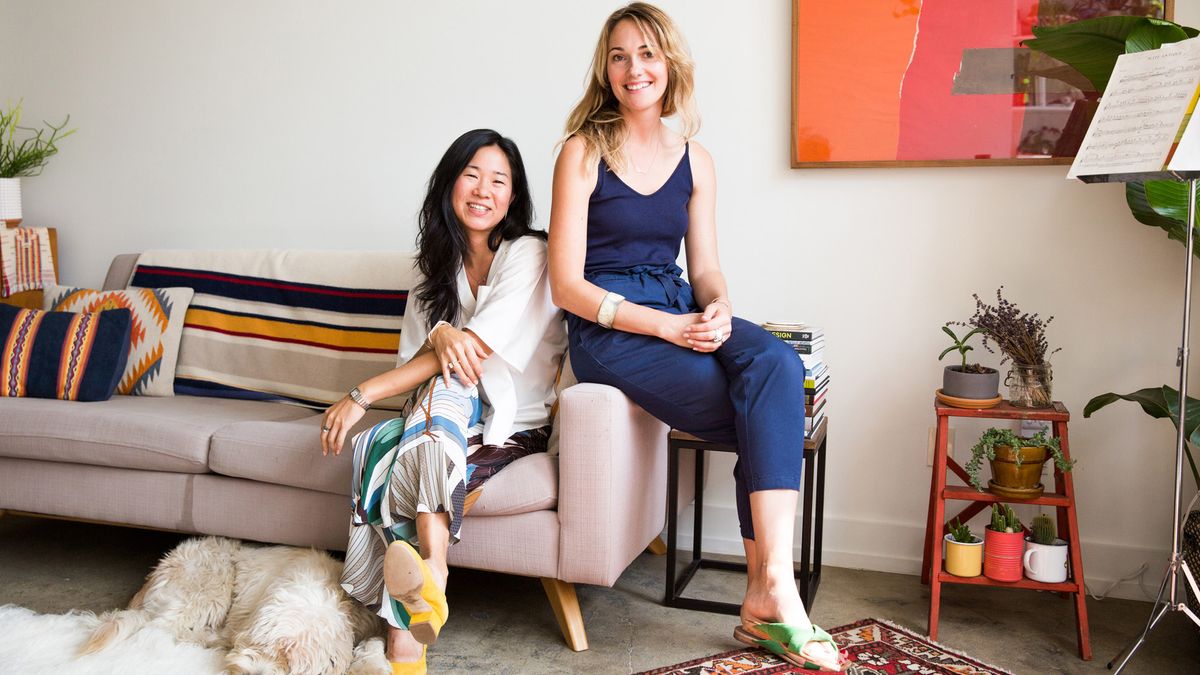 These Feminist Jewelry Designers Are Making Engagement Rings for Men

They’re also making the “Resist” necklaces you might have seen, oh, everywhere.

I can’t remember the last time I received a friendship bracelet. Neither can Isadora Tang or Lucy Knops, the duo behind new jewelry brand OTEM. Sitting in a cafe on Broome Street, we can all describe our first ones: the clumsily tied neon yarn, our names written out in beads, forever spelled with a 4. But with age the symbols of our youthful friendships feel childish, and the spot on the wrist they used to occupy is filled with anniversary gifts from significant others and antiques from grandparents instead. Knops and Tang weren’t happy with this replacement, and they set out to change that with precious gems and metals.

“Isadora wanted it [OTEM] to be based in female friendships. I remember early conversations talking about how we’re best friends and we’ve known each other for so long, but it might feel kind of weird for us to buy fine jewelry for each other,” Knops tells me while touching the cuff around her wrist. “But it’s a no-brainer for someone in your family to do that. So we started to question what does that mean? What is the new modern family, and are your friends an extension of that?”

Although Tang grew up with friendship bracelets, she saw her fair share of diamonds at a young age because her parents worked in the jewelry business. But she couldn’t help but feel a disconnect between the jewelry her parents loved and sold, and the kind her and her friends wanted. “I don’t really feel like their industry has kept up with changes in what people want,” Tang says. She created OTEM out of a desire to form a new expression of luxury with a different set of values. “My parents’ generation was all about flashiness and showing off your wealth. I don’t feel like that’s really relevant anymore,” says Tang as she shows me her matching OTEM cuff and ring, structural shapes with single small sapphire baguettes and white diamonds subtly adorning the edges.

“We really see [OTEM] as a vehicle for redefining the rules around society and relationships and using jewelry as a symbol for that,” Tang states before bringing up the infamous Cartier love bracelet. Discussing the bracelet, we all agree it’s timelessly beautiful but that the $10,000 price tag puts it far out of the realm of reality for most people in their twenties. There’s also the idea behind it—that your loved one is the only one with the key, the only one who possesses the power to lock and unlock you. It feels like an engagement ring in the sense that a man can assert his ownership over you to anyone who looks at your hands, but he can go around unmarked. “I mean it’s beautiful, but,” Knops chimes in, and I finish her sentence: “It feels antiquated.” And that’s how we went from talking about five-dollar beaded bracelets to $10,000 solid gold bracelets to still TBD-priced engagement rings for men.

Knops, who has been dating her boyfriend for over a decade, never thought that much about a wedding or a proposal until she met her current boyfriend and decided she didn’t want him to ask her to marry him—she wanted to ask him to marry her. Which led to her and Tang working on a line of engagement rings for other couples who don’t want to follow the status quo when it comes to tying the knot.

Although the non-conventional engagement rings haven’t been released yet (it’s something they’re working towards in the new year), OTEM is already challenging the symbolism of traditional jewelry not just with its signature collection of structural and affordable fine jewelry, but also with its resist collection, which was conceived after the election.

Tang and Knops decided to design overstated statement-making nameplate necklaces with the words nasty, resist, and persist spelled out in diamonds. Knops believes the necklaces don’t just speak for themselves: “They say, ‘I am not happy with the status quo, and I am participating to do something about it.’” Fifteen percent of proceeds from the collection also go to Planned Parenthood.

Weeks after I left the coffee shop and our conversation that went on for over an hour about politics, jewelry, and marriage, I got a package at my desk that contained an OTEM nameplate resist necklace. As I wrapped it around my neck, I thought about how it’s everything we discussed: a necklace, a diamond, a political statement. A friendship bracelet I’ll keep forever (spelled without the 4).

Shop OTEM x The Outrage’s holiday pop-up in Nolita on December 5th from 6-9 PM. A percentage of the proceeds will benefit Planned Parenthood.