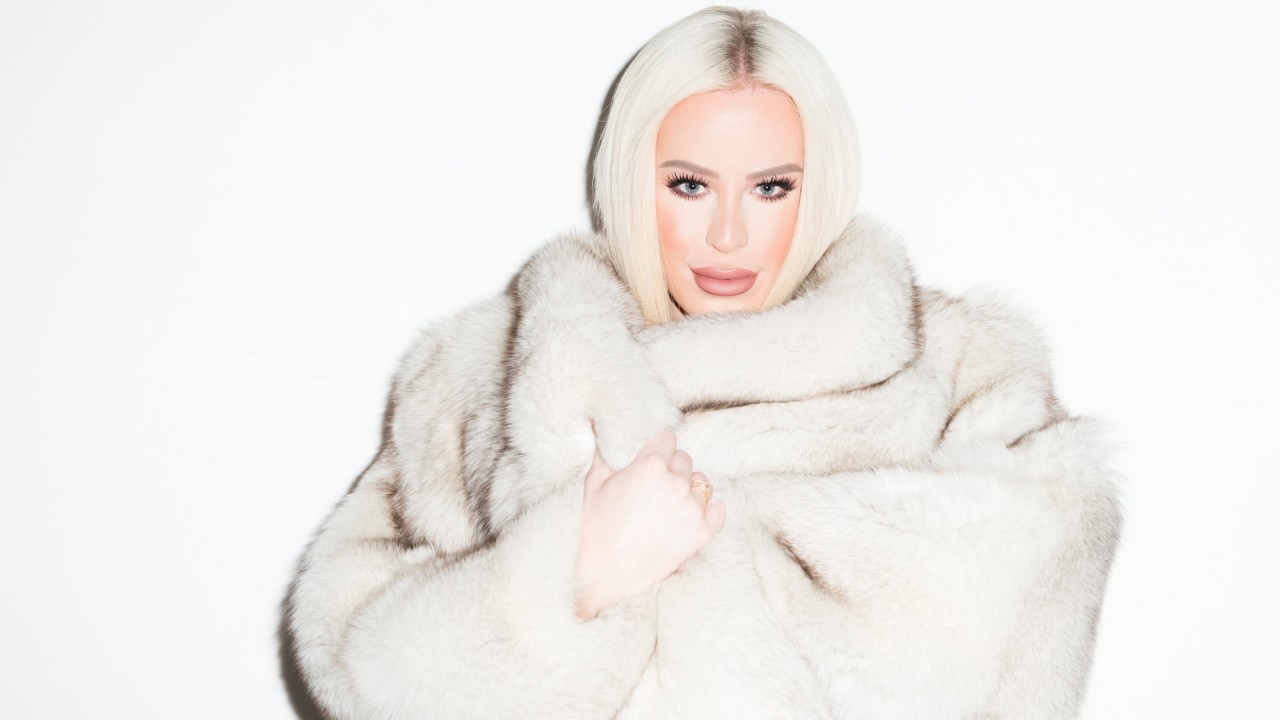 She couldn’t answer a question, so she made something up.

It’s pretty easy to be intimidated by Gigi Gorgeous. After all, the YouTube sensation has millions of followers who track her every move, and it didn’t exactly help that she showed up to Coveteur’s office looking more glam than ever. Decked out in an oversize fur coat, Gigi seemed more old-Hollywood than modern-day social media star. But once we were able to kick back, relax, and that outerwear layer came off? So did all the invisible ones, and turns out Gigi’s just your average 25-year-old, who recently moved in with her girlfriend and enjoys a good Taylor Swift song.

That’s partly why Gigi’s YouTube documentary, This is Everything, is so fascinating to watch. It gives you a somewhat raw, inside peek into the transgender star’s personal life, following her as she transitioned into a woman loved and followed all around the world. Ahead, we talk about why this film is something everyone should watch, the questions she’s never tired of answering, and the one thing she wishes more people knew about her. Plus, you get to see that aforementioned coat! 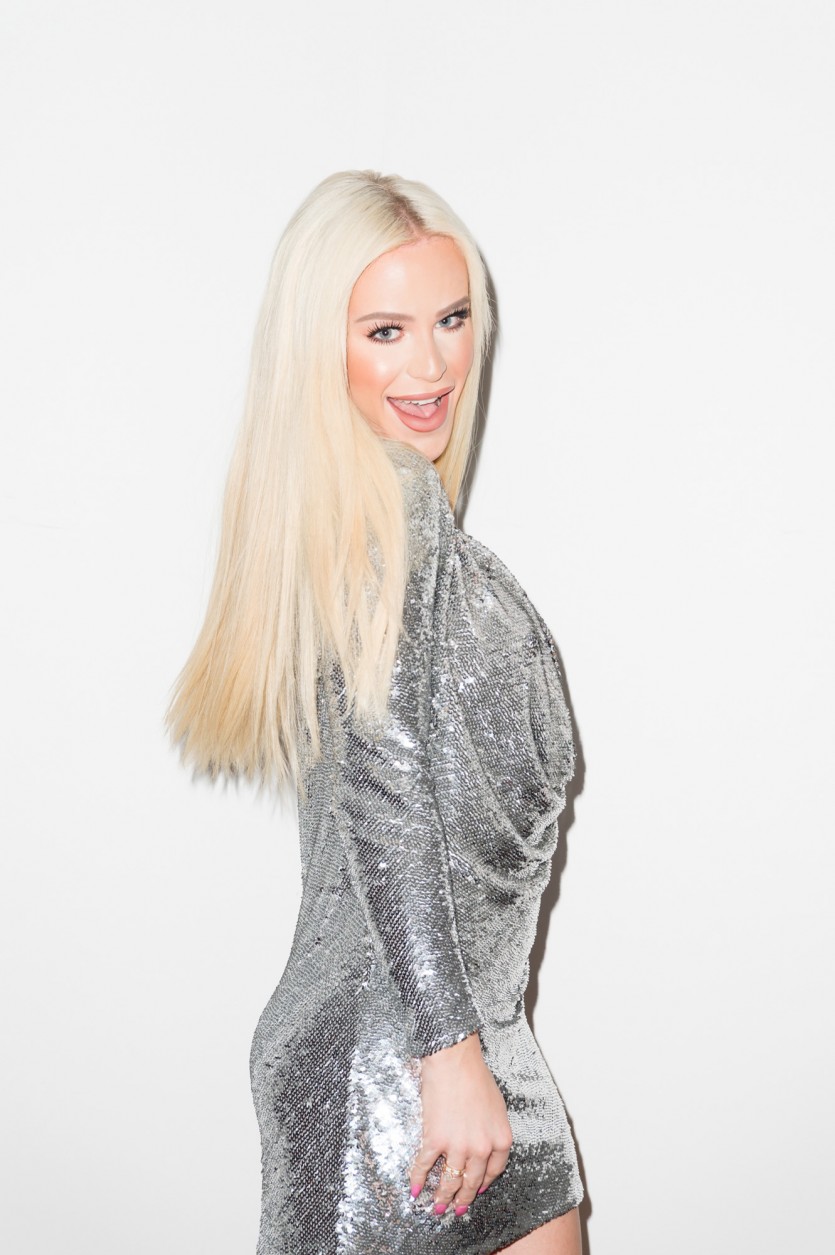 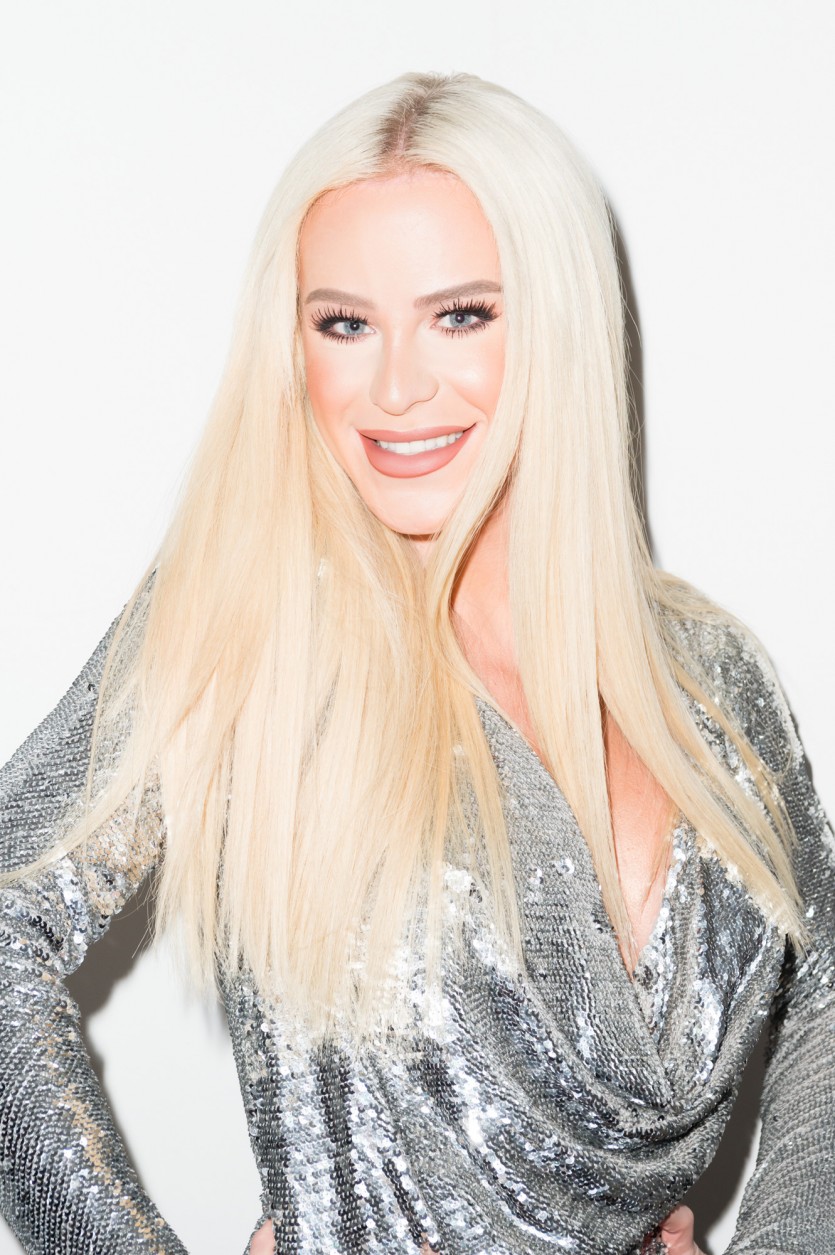 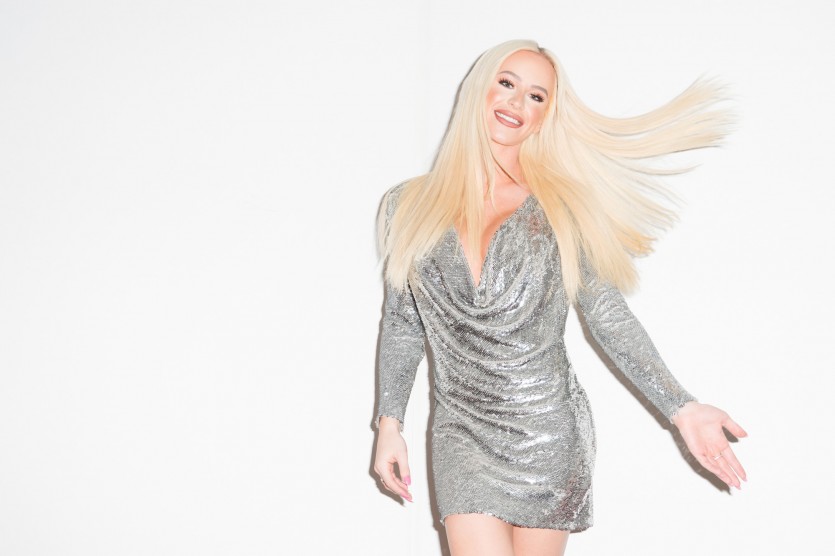 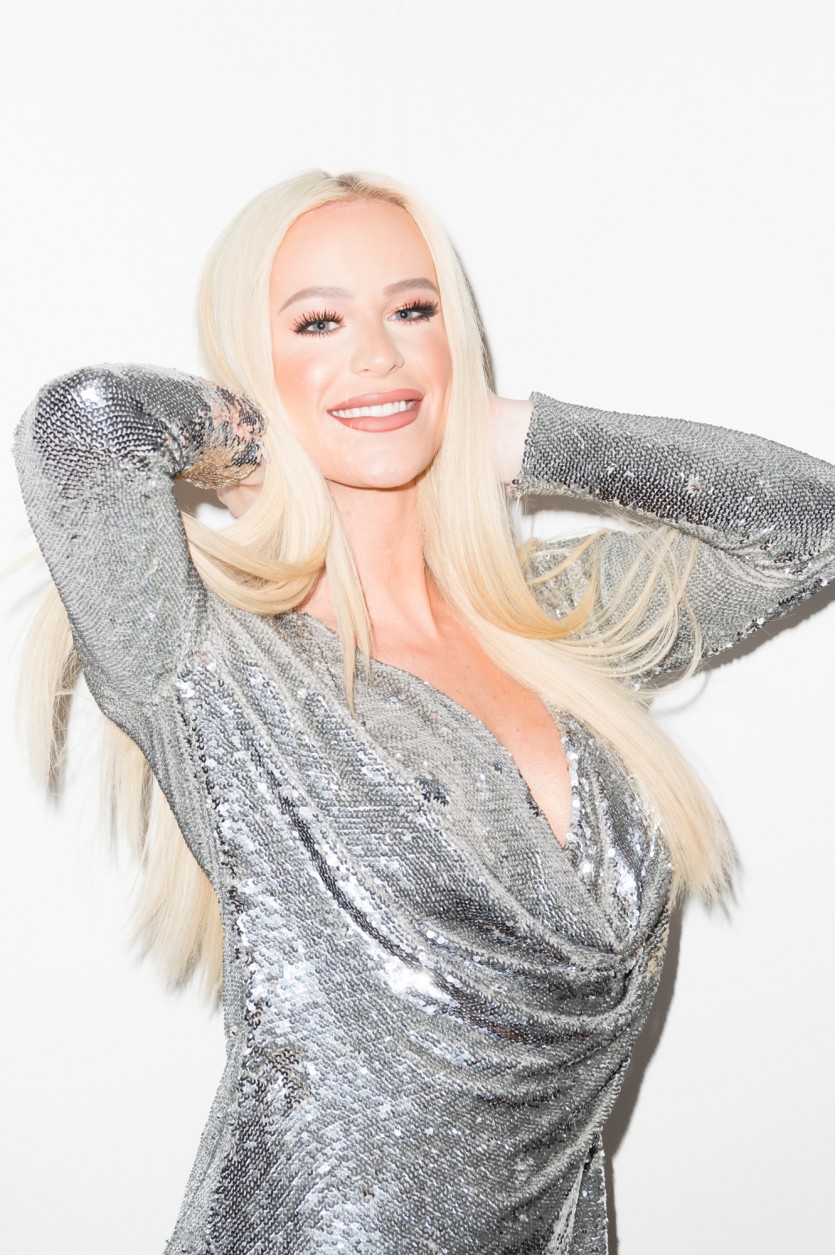 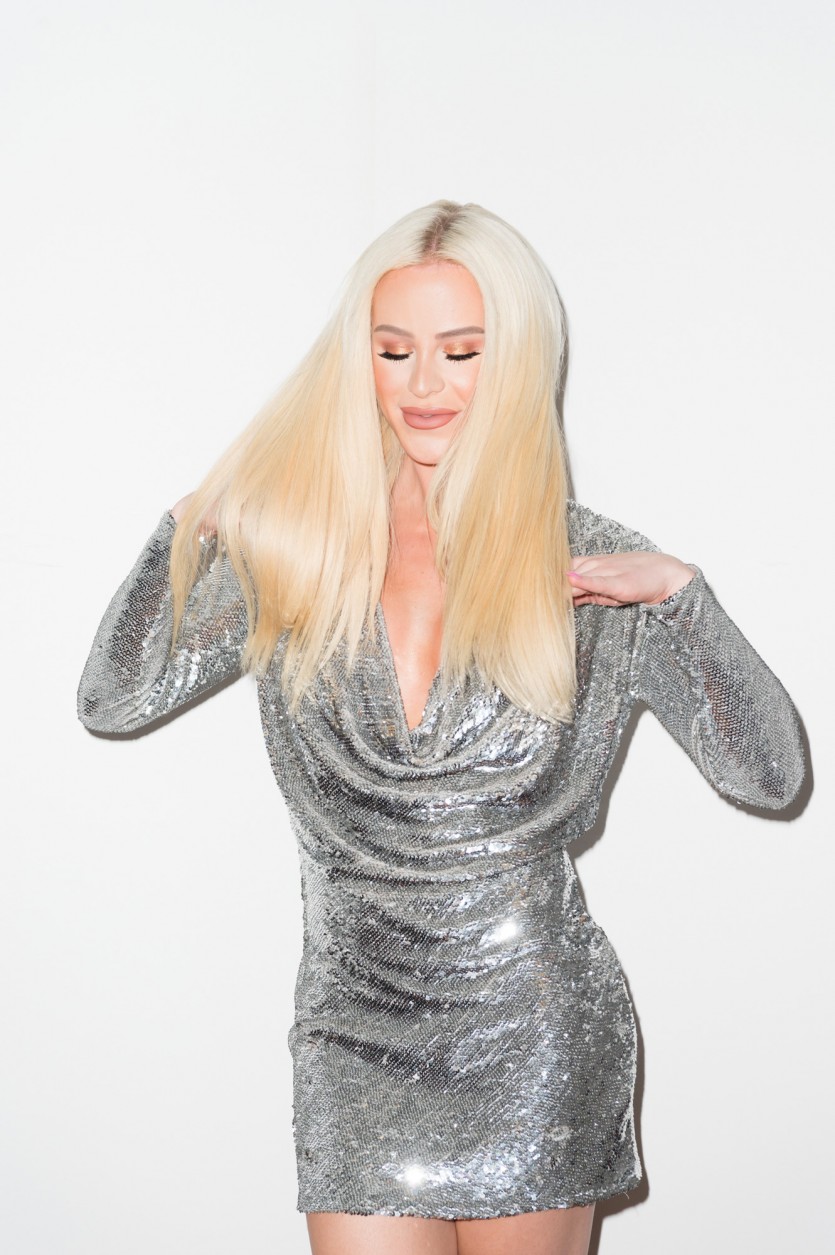 Why is This Is Everything important for everyone to watch?

“When I started transitioning, I didn’t know I was going to make the documentary. I had already shared so much of my life, so I didn’t see it as necessary to share more. But once I was done, I was like, ‘Wow, we have a really great story here.’ I know that everybody isn’t as fortunate as I was—one example being my family and how supportive they were—or fortunate in the way that I documented everything. I thought, why not make the movie for me and everyone who needs education on people who are trans and what we go through?”

In the preview clip, you were stressing the use of correct pronouns. For people who don’t understand, why was that so important to you?

“It’s all about encouragement. Everyone knows that a compliment goes a very long way, and you never know what someone’s going through in their life—giving them a compliment might mean the world to them. When I transitioned, I said, ‘This is my name now, and these are my pronouns,’ so whenever I wasn’t addressed as I wanted to be, it was very discouraging. It actually filled me with a lot of anger, and I thought, ‘This isn’t fair. My dad and my brothers are messing up. They shouldn’t be messing up if they love me.’ But it wasn’t that at all. They needed time to readjust, which is completely normal and natural. Any advice I have [when it comes to ways] allies can support and encourage [transgender] people is to just call them by what they want to be called. It’s the most relieving thing ever.” 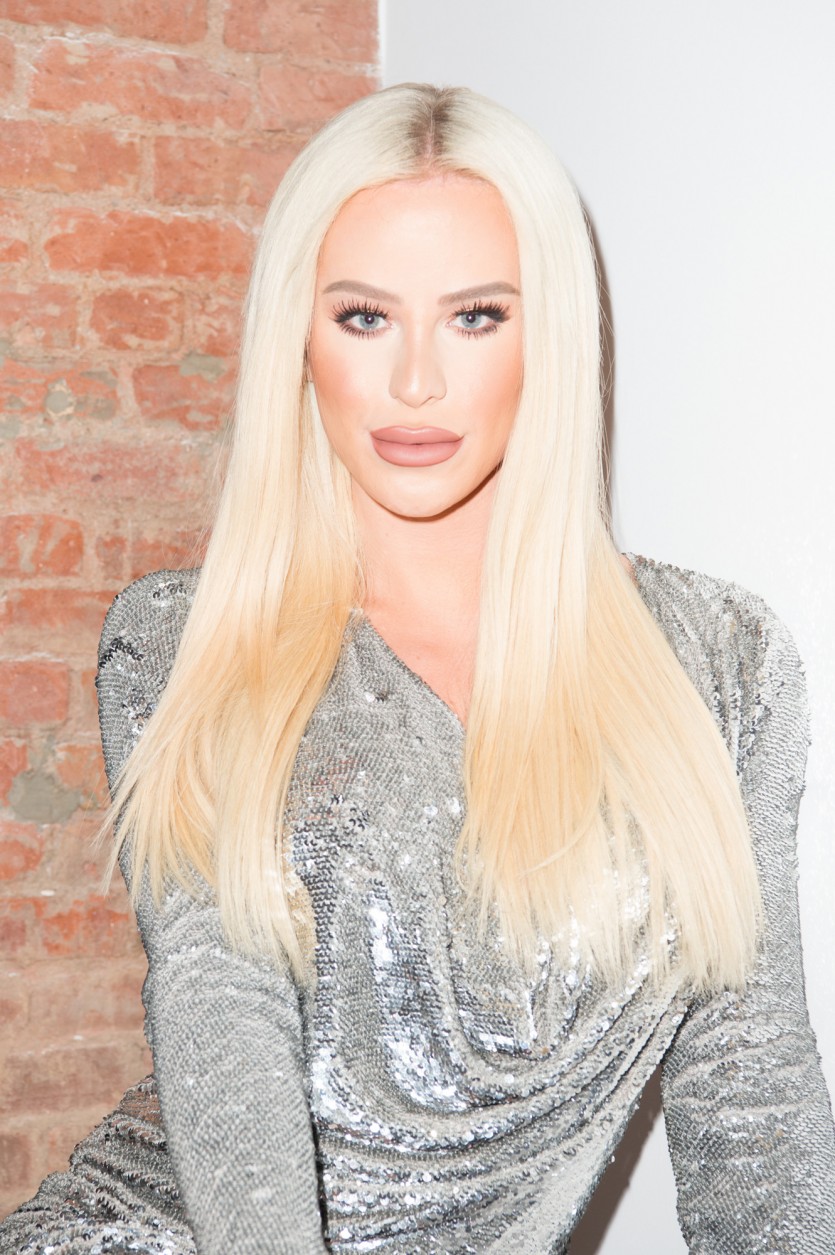 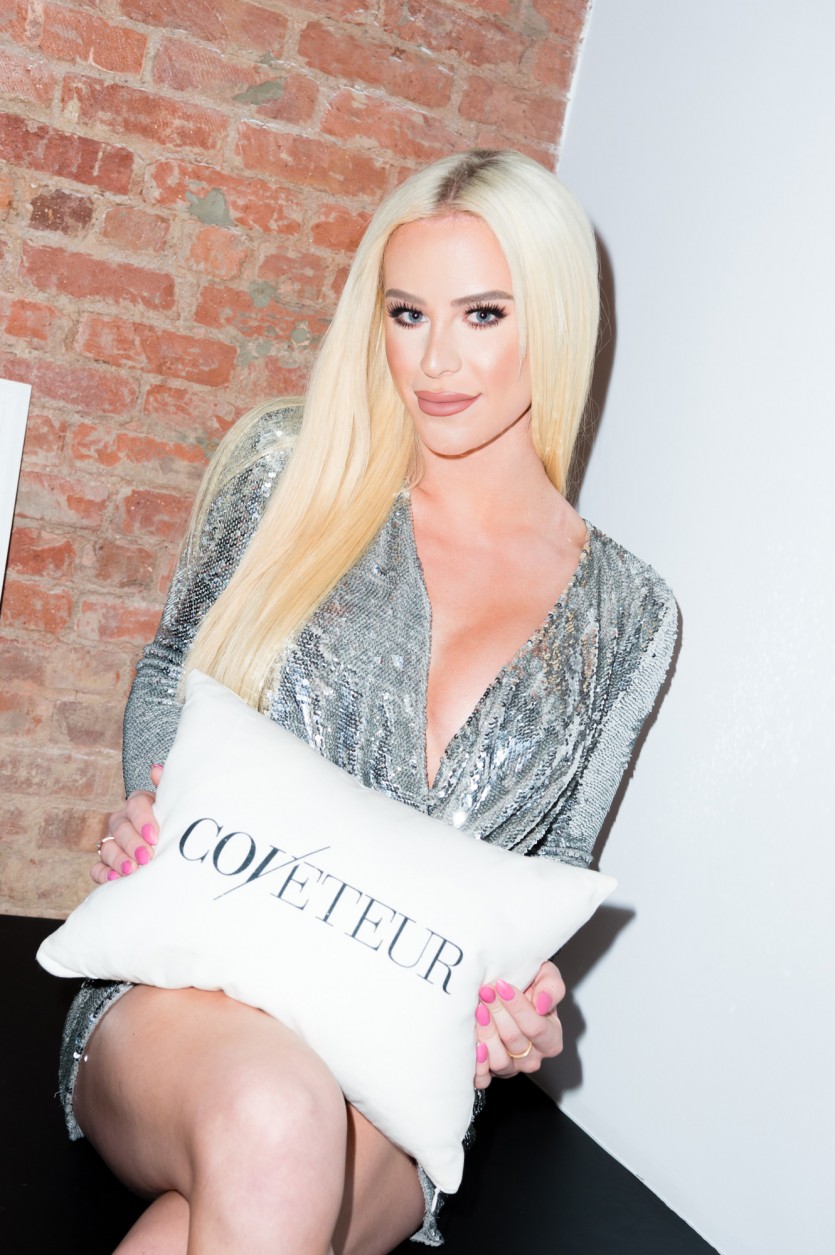 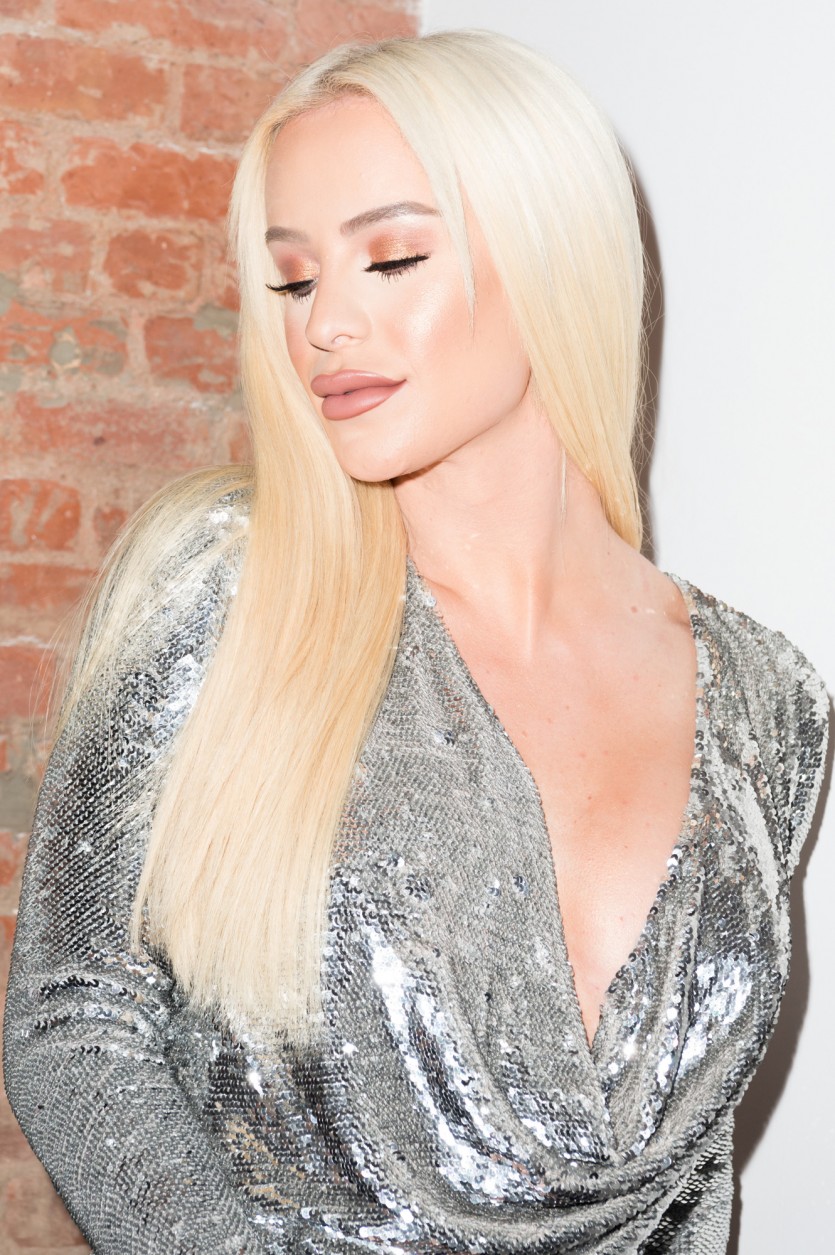 Are there questions that you’re tired of answering?

“No, actually. I honestly keep learning, and the question I get a lot is ‘What advice would you give to people going through a similar situation?’ My answer has changed over the years. Even at the beginning of this year, I definitely don’t think I would have said, ‘Find people that support you and love you for you, and choose your own family.’ That’s something that I’ve learned a lot this year.”

Is it important for you to be a good role model?

“Yeah! I feel like there’s a responsibility now because I’ve put forth this movie on my life and the events of my life only. I didn’t think there was any pressure that was going to come with that, because it’s just my life. But it has affected a lot of people, and I have heard a lot of stories and feedback. I think especially when it comes to my community, I want to be represented well because I want the best for us as a whole. I know that this isn’t just my fight; it’s everyone’s at this point.” 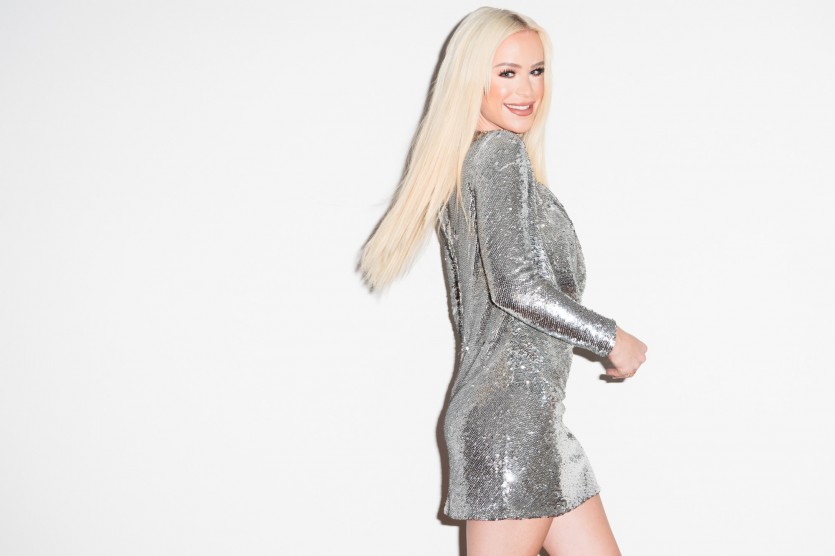 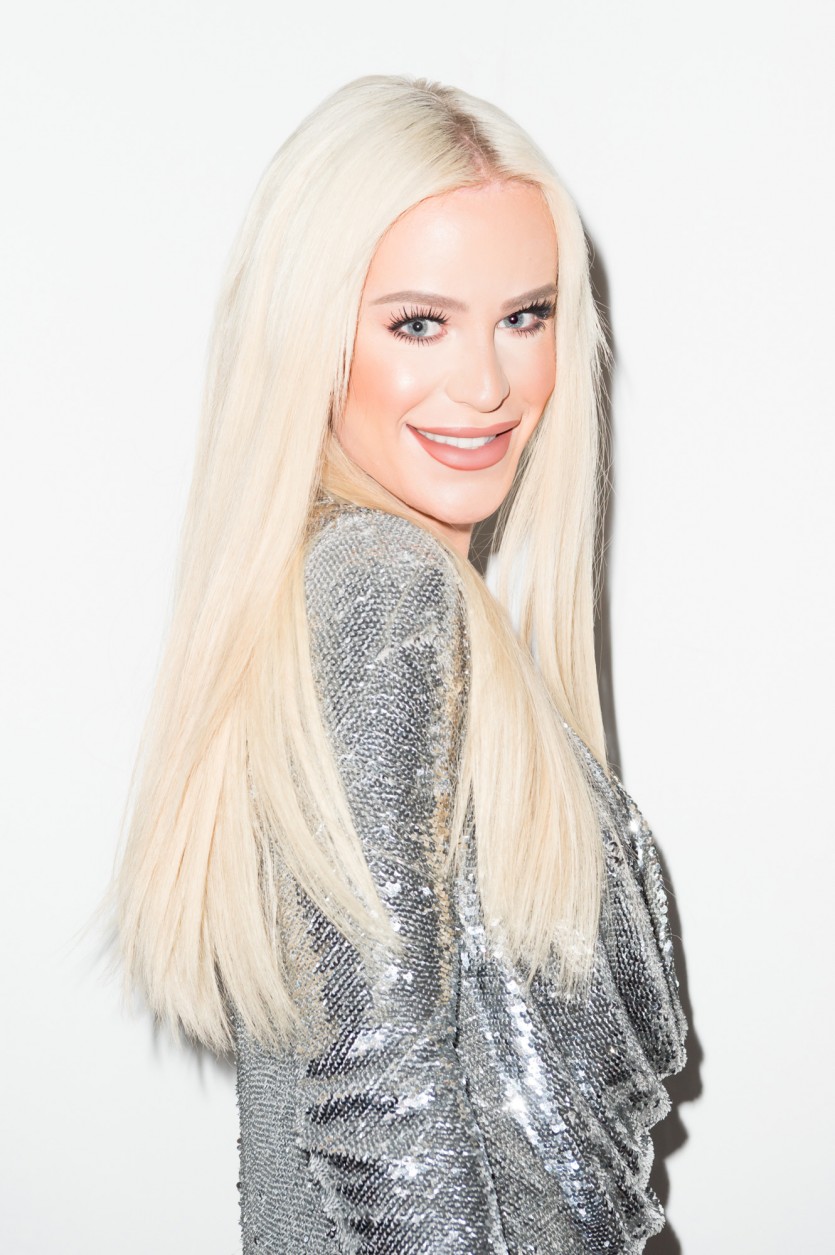 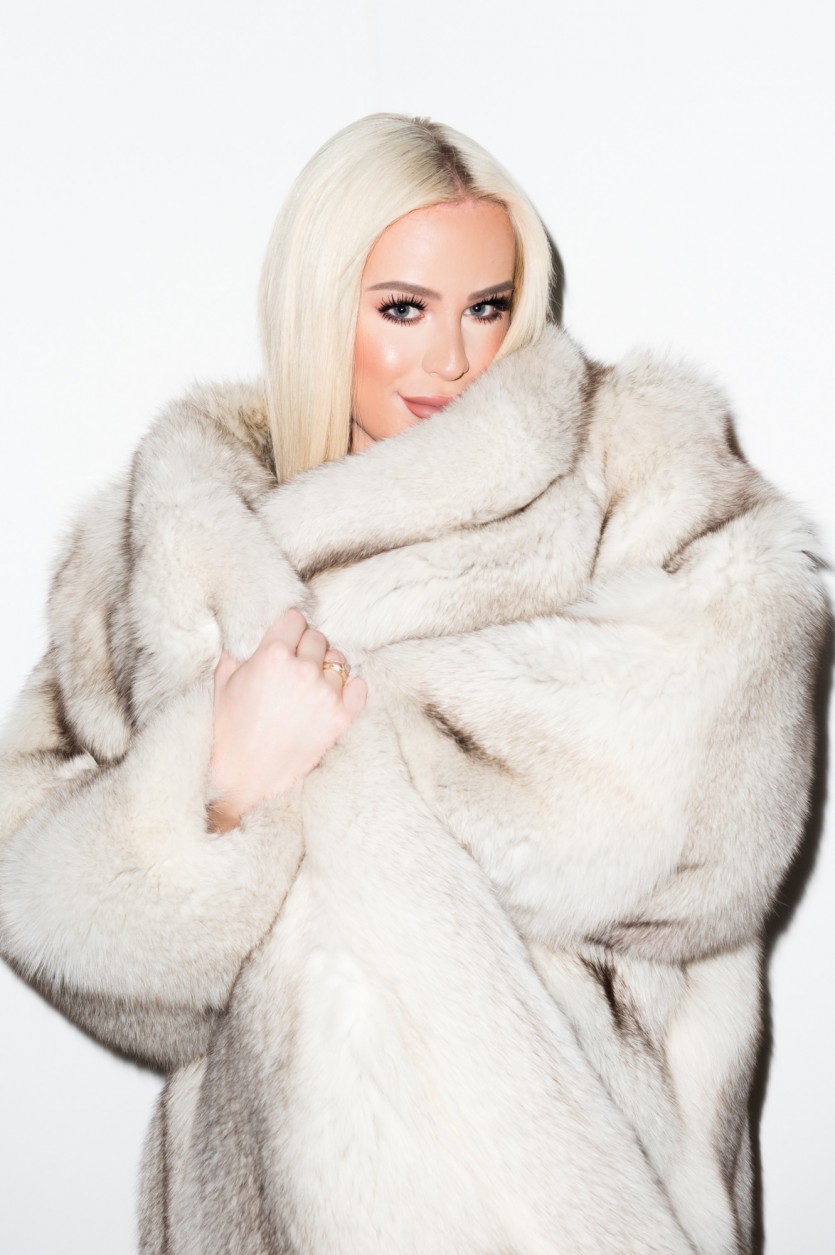 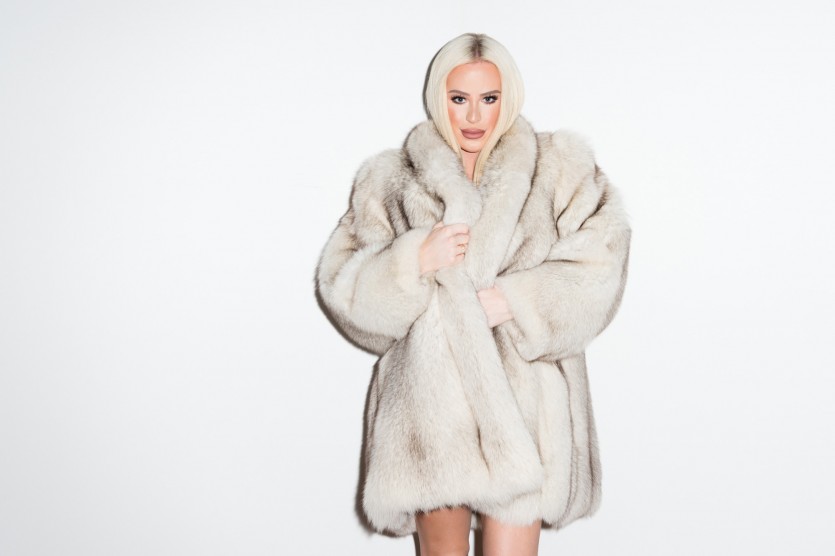 This is obviously not a 9-to-5 job. Do you feel as if you’re always working and have to be “on”?

“For sure. Recently, for Forbes’ ‘30 Under 30,’ one of the questions was ‘How often do you work in a week?’ And I just thought, ‘I work from the second I get up to the second I go to sleep.’ They were like, ‘Oh, well, we can’t write that. We need a number. Everyone’s writing a number.’ So I picked something silly, like 93. A lot of people have actually been like, ‘How did you reach that number?’ and I’m like, ‘I pulled it out of my ass!’”

What’s something that you wish more people knew about you?

“I think a lot of people who maybe know me from one video or come upon me randomly think I’m stuck-up because I’m blonde, or the way I come off, or from something I might have said. But everybody who actually knows me knows that I’m very down-to-earth and super chill. So that rubs me the wrong way—when people are like, ‘Oh, she’s a bitch,’ or ‘She’s stuck up,’ or ‘She thinks she’s better than everyone else.’ Like, absolutely not. If you knew the real me, you would know I’m an insecure mess sometimes.”