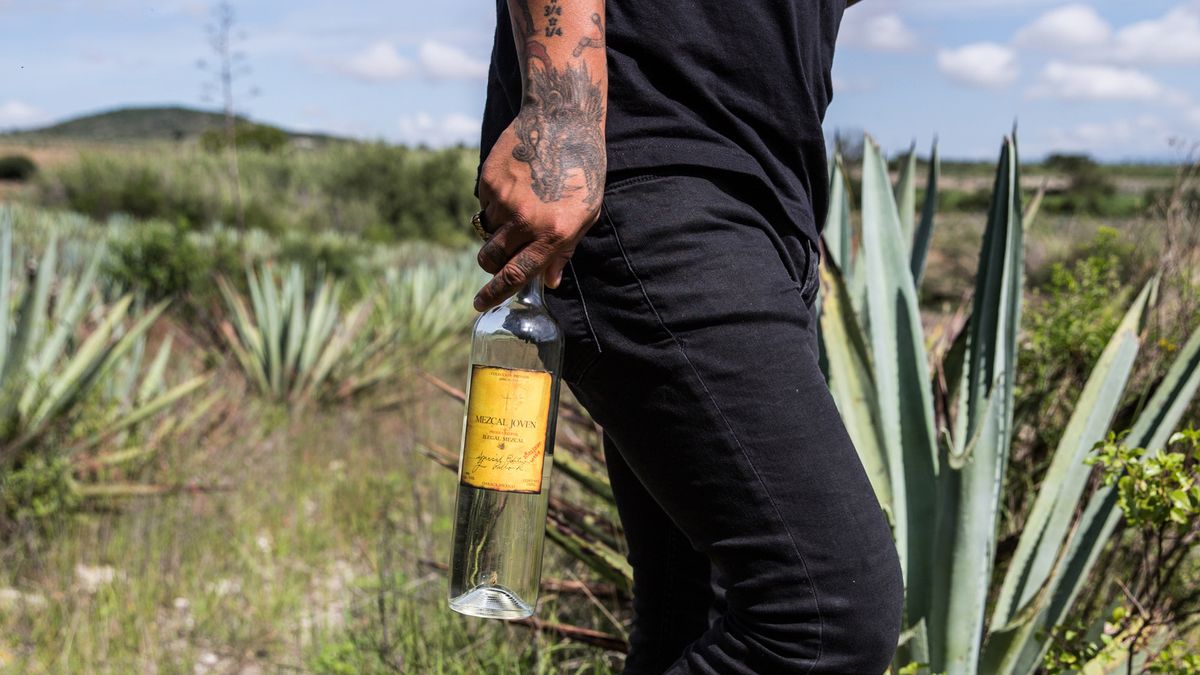 This Mezcal Brand Is Taking On Trump & Redefining Drinking Responsibly

Ilegal Mezcal isn’t afraid to call out the president and thinks you should think (of where your alcohol comes from) before you drink.

My relationship with alcohol has always been a pleasant one. We get together on special occasions for celebration, stay in for a night of back-to-back true crime documentaries, and love schmoozing over truffle tagliatelle. Our days of excess are long gone—as are the freshman 30 that came with it. So, if you ask me if we’re responsible, I’d say we are.

Responsible drinking has always meant the same for me as it does for everyone else: not over-consuming and never driving (and, of course, any other socially unacceptable behavior). But it was only after a trip to Oaxaca with a mezcal brand (don’t call it the new tequila, but its cooler, smoky cousin best served straight up), Ilegal Mezcal, that I realized responsible drinking was more than just about consumption—the source matters, too.

Ilegal’s story goes a little something like this: New York-born John Rexer moved to Guatemala, where a chance encounter initiated by a particularly intense rain storm led him to open Café No Sé. He stocked its bar rail with mezcal (he developed a love for the liquor while traveling in Mexico) smuggling cases of the stuff across the border. There were a few touchy scenarios of robbery and near-arrests; one in particular that Rexer told us of while we were hanging out in the back of a pickup truck en route to the agave fields was when he had to dress up as a priest to get his bootlegged bottles through the checkpoint—we’d tell you the entire story, but without Rexer’s delivery, we wouldn’t do it justice—so he finally decided it was time to create his own label.

Rexer began working with fourth-generation mezcaleros Armando and Alvaro Hernandez, Mexican-born brothers who had illegally crossed the border into the States in their youth and worked at bars and restaurants in L.A. to make money to send to their families back home. Realizing the bars they worked at were selling mezcal shots for $10, while in Mexico an entire bottle was sold for significantly less, they made the decision to return home and re-open their family’s palenque (distillery), Mal De Amore. Now Rexer and the Hernandez family have grown the operation to 13 heads of household and are working towards making that number 68, significantly and positively impacting the livelihood of many Oaxacan families and, ultimately, the community. As for environmental impact? Traditional production methods of mezcal are sustainable, agave is naturally resistant to pests, so doesn’t require the use of pesticides and chemicals, and distillation still happens in small batches.

It raises the question, why have we not thought of the responsibility of our favorite liquor brands like we have of fashion and food brands? The next time you sit down with a glass of your favorite liquor, will you think of what impact it’s having on the world?