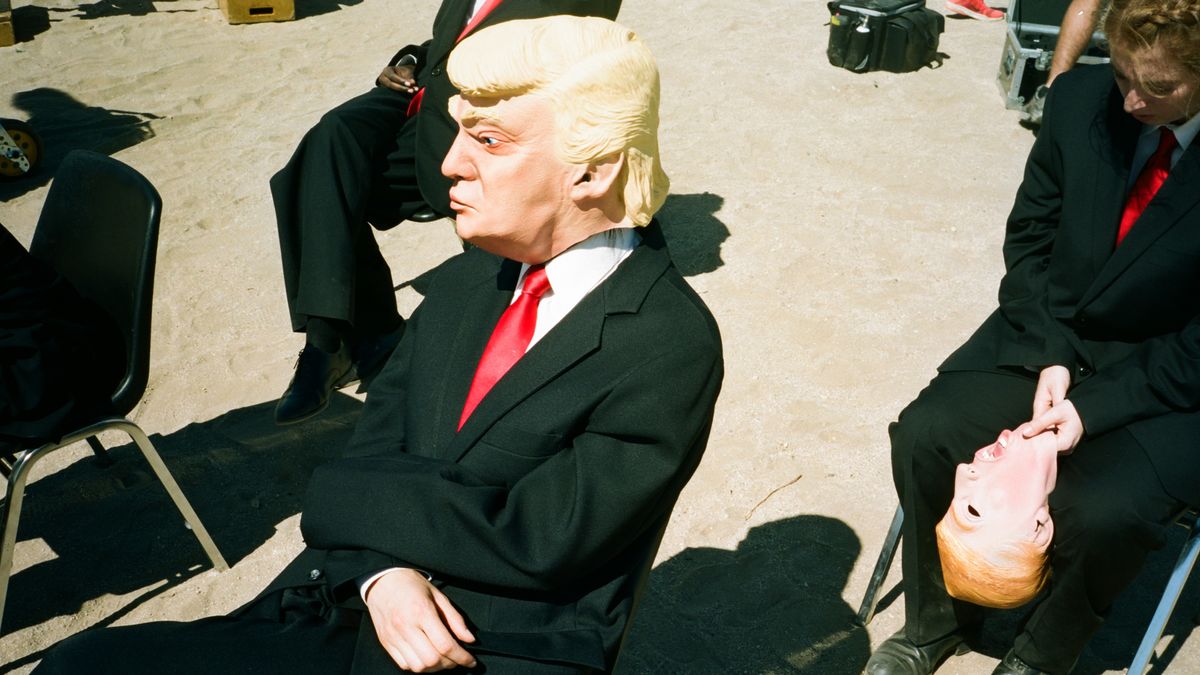 An entirely female cast sent into the California desert in Trump masks.

In this capricious political climate—that gets more shocking, controversial, and crazed seemingly daily—it’s hard to stay silent. Semaine, the exceptionally curated digital glossy, couldn’t bite their proverbial tongue any longer. Teaming up with Ilegal Mezcal (a politically conscious and outspoken Trump-opposing liquor brand) and French filmmaker Zoé Le Ber, Michelle Lu and Georgina Harding of Semaine are taking on their most brazen piece of content yet with a film titled The Emperor.

“The time was now to use our voice, no matter how great or small, to promote hope, change, positivity, and hopefully show young entrepreneurs around the world that having a voice is all you need to make small changes,” Lu tells us. “When you run a new media platform, it becomes a responsibility that’s too great to deny, and we hope that we will inspire others to do so, just as we have been inspired by Zoé to make this film.”

A cast of five women—Ariana Delawari, Hannah Beharry, Atiya Walcott, and two who have decided to stay anonymous—dressed in characteristically ill-fitting suits and red ties and donned Trump masks to recite Charlie Chaplin’s “The Great Dictator” speech with the barren Joshua Tree serving as its backdrop (a visual reference to the US’s withdrawal from the Paris Climate Agreement). It’s a highly artistic resistance piece, something that has become a sort of moniker for Ilegal. “We’ve been heavily involved in the arts since the brand’s formation. We’re headquartered in a former West Village theater, which almost begged us to further establish Ilegal’s music series and art shows, many of which have a political bent. Particularly at this moment, Ilegal and the team want to do all we can to support artists confronting the Trump administration’s dangerous policies,” explains brand director Kaylan Rexer.

But that’s not all. To support critical organizations that are at risk of losing funding from the current administration, No. 29, a PR firm that represents clients with strong environmental, social, and political values, funded shirts created in partnership with Iris Alonzo and Carolina Crespo of EVERYBODY.WORLD, which are available on Semaine.com in conjunction with the film. Proceeds will go to Planned Parenthood and Everytown (a nonprofit organization that campaigns against gun violence and advocates for gun control) and will be worn by recognizable faces like Laura Harrier, Camille Charriere, Camille Rowe, and Andreea Diaconu.