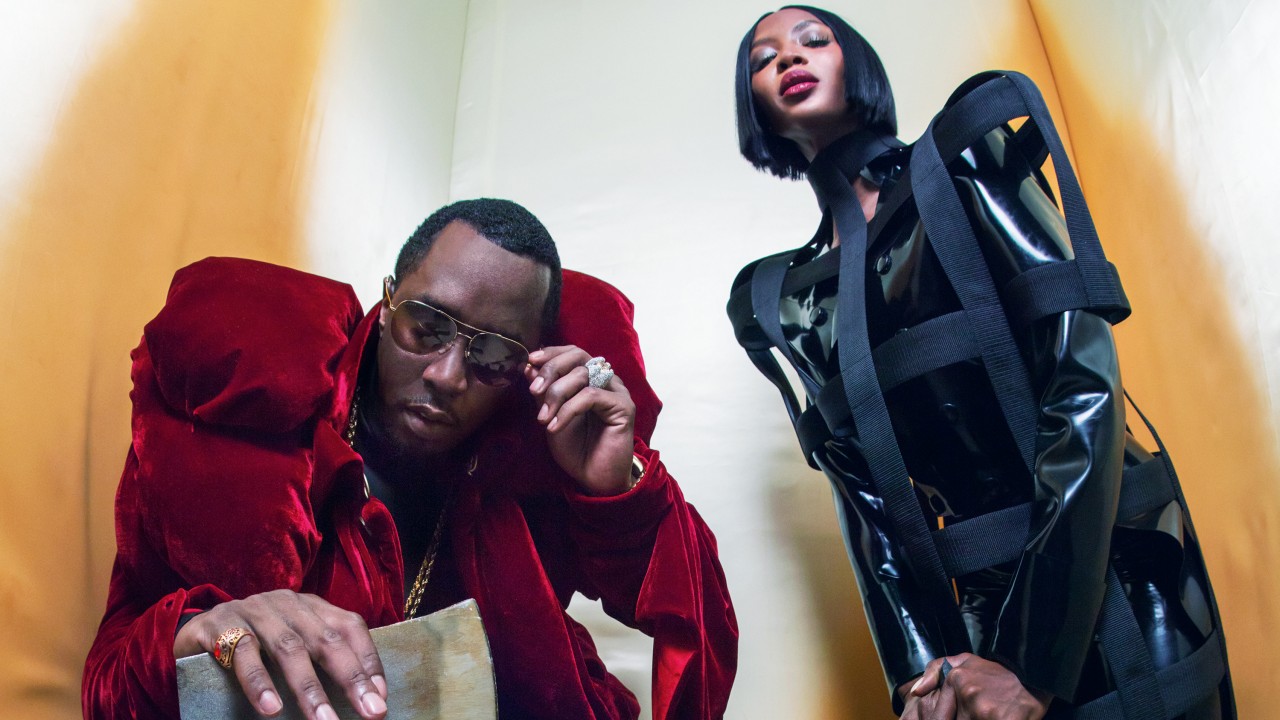 The 2018 Pirelli Calendar stars an all-Black cast in a surrealistic take on Alice in Wonderland.

Today, in a room at The Pierre in uptown Manhattan, members of the press sat in an auditorium awaiting the reveal of the 2018 Pirelli Calendar images. They were each handed a black folder with Slick Woods dressed as the Mad Hatter on the cover, and a small red checkered pamphlet inside that read, Being Alice. The first line stated, “One of the strangest creatures Alice meets in Wonderland is a hookah-smoking Caterpillar who asks her, ‘Who are you?’ and receives the muddled reply, ‘I–I hardly known, sir, at present—at least I know who I was when I got up this morning, but I think I must have been changed several times since then.”

Alice has changed several times since Lewis Carroll wrote her into existence in 1865. From a John Tenniel illustration to a Disney cartoon to a character in a Tim Burton film, Alice has been portrayed many times, but she has always looked the same: a steamed blue dress and blonde hair tied up in a neat black bow. But come 2018, people will have a new face they can associate with the twisted fairy tale’s protagonist: that of Australian and Sudanese model Duckie Thot.

For this year’s Pirelli calendar, photographer Tim Walker, British Vogue’s editor-in-chief Edward Enninful (who styled the shoot), and set designer Shona Heath reimagined Alice in Wonderland with an all-Black cast in a surrealist setting. Speaking of the decision, Walker said, “Alice was written a long time ago for the times that were then, and we are in different times now. I wanted to talk about Alice in the times we are in today.” 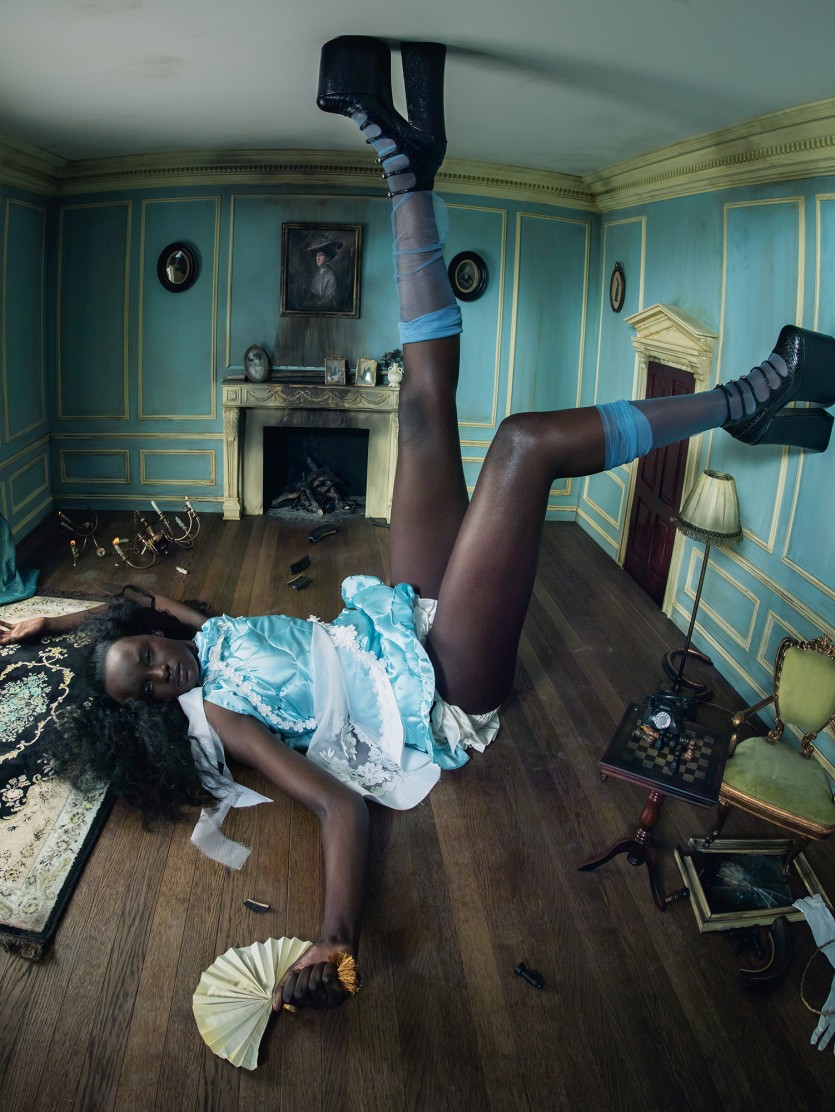 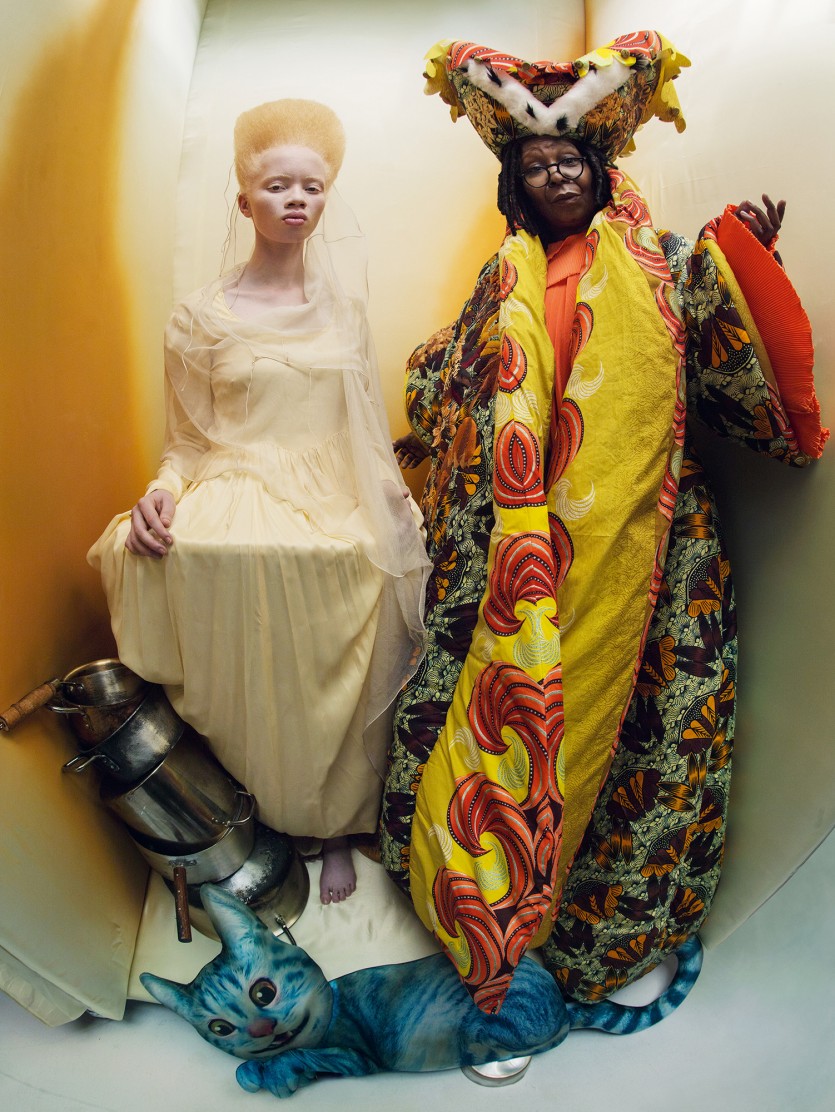 The calendar features a cast of familiar faces like Slick Woods as the Mad Hatter, Adwoa Aboah as Tweedledee, RuPaul as the Queen of Hearts (so, himself), Naomi Campbell and Diddy as the royal beheader, and Whoopi Goldberg as the Royal Duchess (of course). But there were also some unfamiliar names in the lineup, like those of South African model and lawyer Thando Hopa, who is albino, and that of Gambian women’s rights activist Jaha Dukureh.

Dukureh recalls walking on set feeling intimidated. “I didn’t understand why me! I remember it was a question I kept asking everyone. I felt like Tim saw me, because in the space that I work in and in the things that I do, people know me as that girl who went through female genital mutilation, who was forced to be married at fifteen. I feel that is all people see. They see a victim. They see a survivor. Women like me and girls like me from my community are footnotes on research papers. People want to feel sorry for us, but they don’t see the women or the beauty in us.” 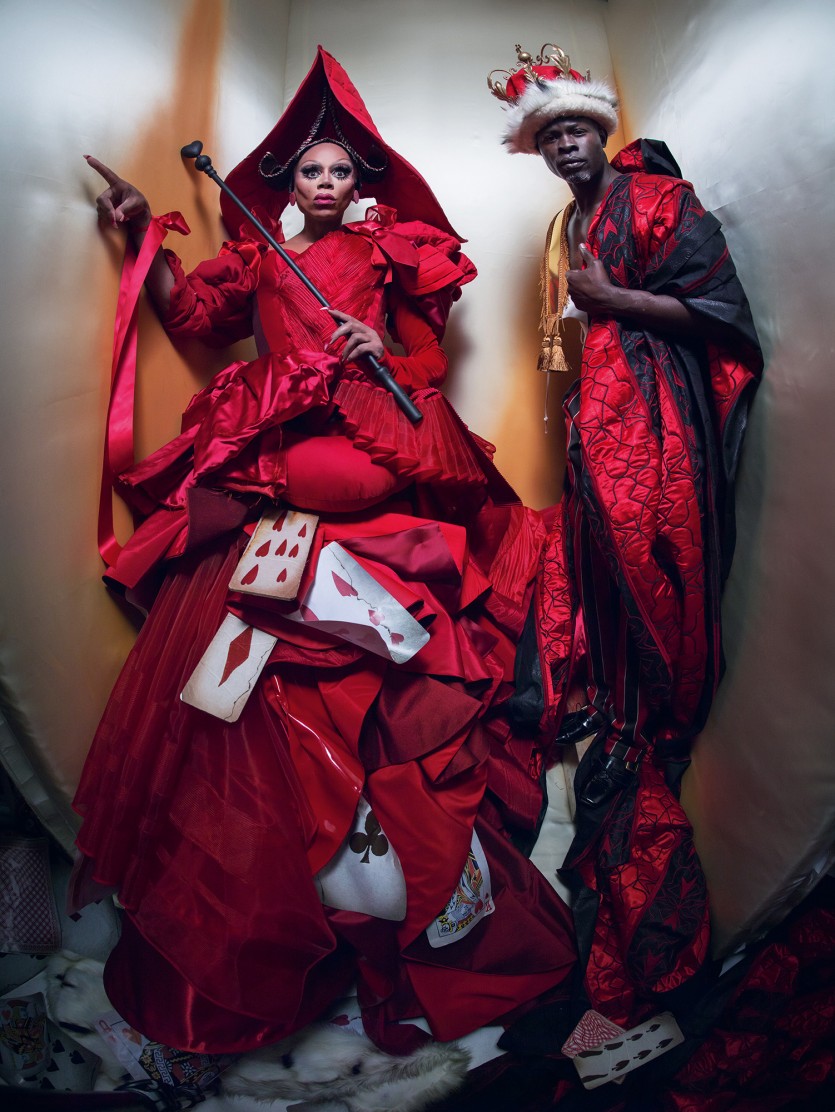 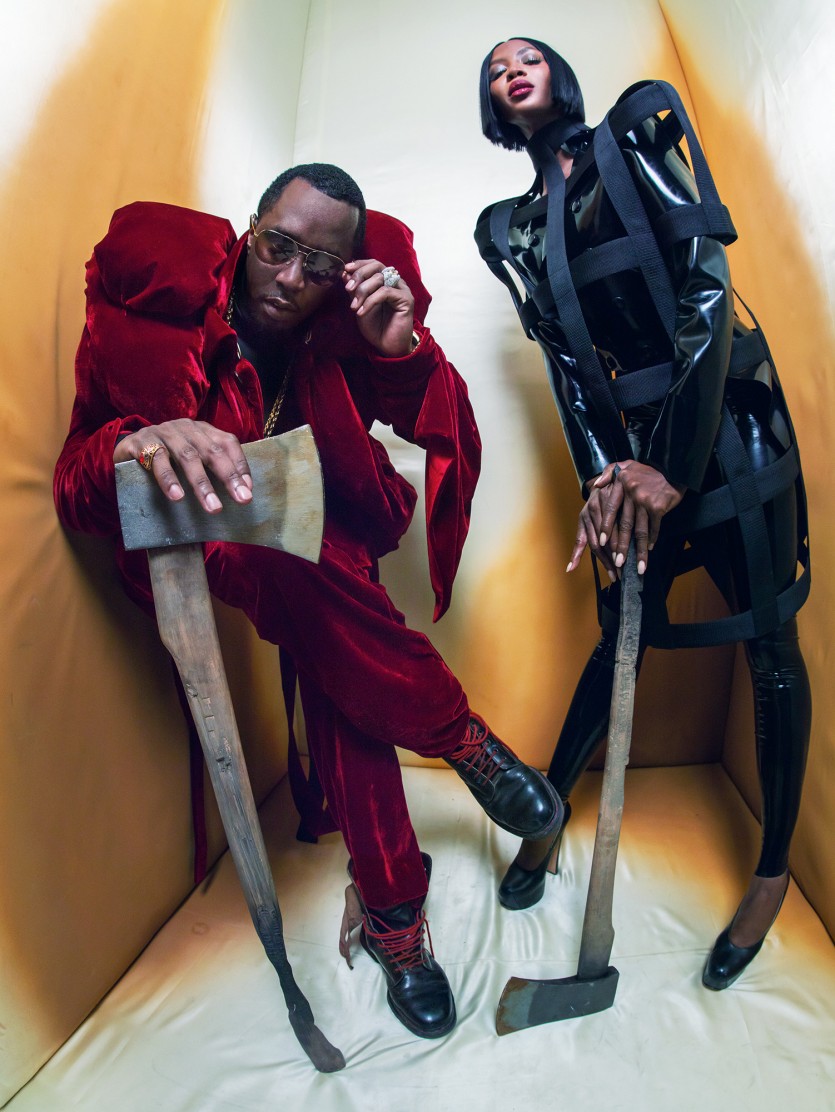 But this year’s Pirelli calendar is about celebrating all kinds of beauty, and although it feels particularly timely, the photos were shot in May of last year and are more a sign of the shift towards inclusivity than a political statement. Diddy chimed in, “For me, the message was a little late, but now it’s coming in right on time. It was great to get to work with all of these talented black faces and to really show our beauty. We can’t take images for granted. To see us all together and to be shining and to be standing tall and proud and to be able to be seen as kings and queens and as part of an empire—that’s something that I want my three little girls to see.” Coincidentally, he has tattoos of quotes from the novel on the insides of his arms.

Naomi Campbell, who has been working with Enninful for years and considers him a brother, thinks this week was an especially impactful one—starting with the release of his first cover featuring Adwoa Aboah and ending with the unveiling of Pirelli’s iconic images, the first to use all Black models since 1987. Campbell said, “This is a new time, and I hope that this time is a time that stays and that’s not a trend.” RuPaul quickly chimed in, “This conversation, this transformation, moving it forward…. It is a landmark, and the calendar represents that. And yes, of course, I was born to play the Queen of Hearts. What, are you kidding me?!”