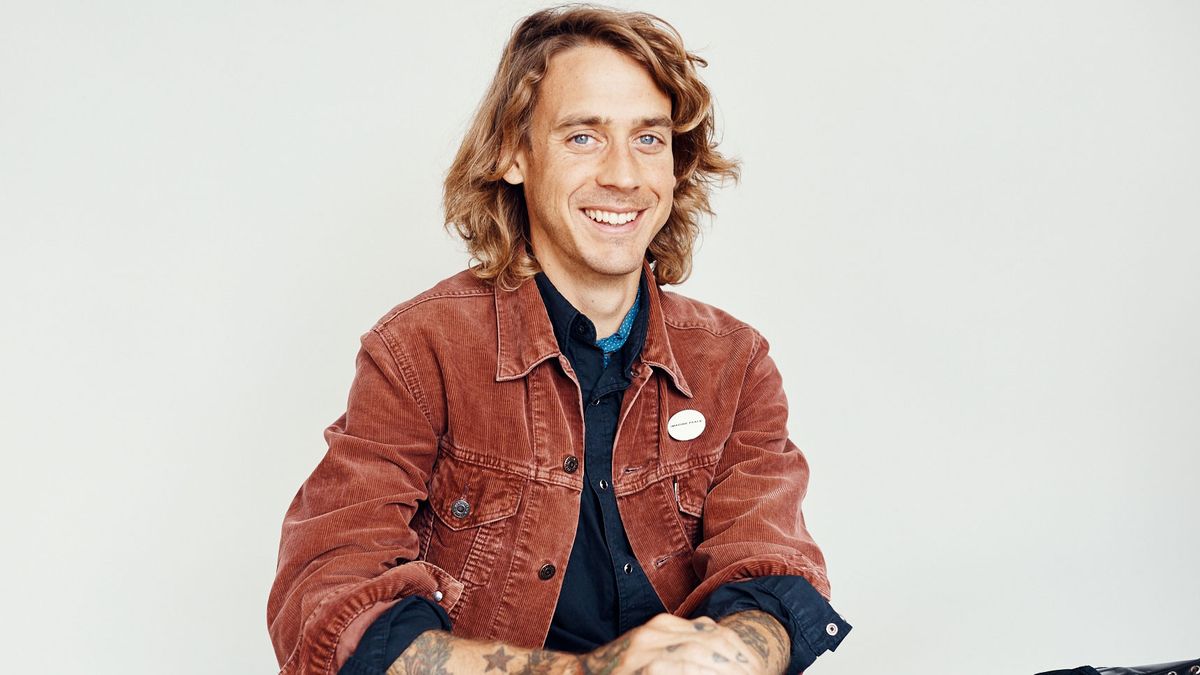 Hairstylist James Pecis Has the Most Colorful Surprises in His Kit

We’ve rummaged around in the pro kits of some major beauty experts. While some are full of the world’s most expensive products or obscure international beauty finds from Korea and Japan, hairstylist and Oribe Global Ambassador James Pecis’ holds a treasure trove of arts-and-crafts items that are as curious as they are inspiring: an old fishing lure, embroidery frames, a glue gun, and every color of felt.

Pecis, a Northern California-born stylist who assisted the likes of Jimmy Paul and Laurent Philippon, was the backstage key for 23 shows during the spring 2018 collections including Etro, Hermès, Mugler, Brandon Maxwell, Derek Lam, and Baja East. He’s styled for editorials in W, Love, i-D, and all of the Vogues, and ads for Dior, Chloé, Alexander McQueen, and Isabel Marant. He’s notorious for an earthy, organic touch that we might attribute to his West Coast roots as well as what he considers his most formative years in London. The results are works of art like his flippy-floppy updo from Issey Miyaki or wispy retro roll from Brock Collection, which, hello, are every girl’s fantasy. (All the crying emojis.)

There was already a lot to adore about Pecis when we met up with him: his distinct vintage uniform, eco-friendly pledge (read more about his prized water bottle below), slow smile, and kind manner, and, of course, his beautiful talent. But, for us, it was when we asked the stylist to design a creative headdress on a whim and, within minutes, Pecis gave us material worthy of an old Irving Penn shoot, that the deal was really sealed. We’re officially crushing.

First he was a musician, then he got into hair:

“I got into hair through music. I played in these kind of funny, punk indie bands. I tried singing, and I was really, really bad. I stopped doing that. So I played bass, I played trumpet and baritone. We were playing in San Francisco, and I met a friend of mine getting her hair done. This was the end of the ’90s, and the salon setting was all brushed concrete, black and gray, and everyone in there was wearing all black and had tattoos and black hair. It just seemed like such a cool place to be. You can be creative, you get to hang out with people all day, and you get paid for it. I thought, ‘Woah, that’s a perfect job.’”

On developing a signature style:

“I think you have to develop it over a long time. I’m pretty young in the game compared to Jimmy [Paul] or Didier [Malige] or some of those guys. It’s a lifetime achievement to figure out what you do. The reason I moved to London was because when I started working in New York I was basically doing a bad, cheap version of a Jimmy Paul. I was like, ‘Okay, you need to get out of here. Go push yourself somewhere else.’ I moved away to London for six and a half years, and that had a bigger effect on my work than anything. There’s a different aesthetic in London. There is a driving force to be creative, and because there’s a lack of funding for certain things, you do things because you’re passionate.”

How to find new inspiration:

“Everything’s regurgitated. I’ve totally clocked some major players doing stuff, and I’m like, ‘Wait a minute, that’s from ’73 in French Vogue.’ The interesting thing is people today are researching, but it only goes as far as Google. [My team does] a good amount of research. We have our libraries we go to, FIT has a really good one, but you have to be creative, too, with what you’re searching for. We don’t search for anything that’s recent. You start digging really deep into stuff that’s not on the internet. Libraries are cool just because it’s stuff that might not be online. And other sources like National Geographic and Aperture magazines are really good. We share stuff, but for the archive, we have rules. Like you can’t be posting that on Instagram. It’s like hours of labor. Especially if you find a great book.”

Why he always has a notebook on hand:

“I love writing things down. I always do notebooks. It’s fun to doodle in them. There’s the space in between sleep and awake when you go to bed where usually you come up with good ideas, and if you don’t write them down, you’ll forget them. Salvador Dalí used to purposely train himself to get to that place. But you just have to be disciplined and make yourself write it down. But the best ideas you get just by looking around. I come up with ideas just like seeing kids on the subway or going to a new city and seeing what people are doing. And a lot of times you just take what they give you, and you just twist it.”

What he does with all the crafty objects in his kit:

“Some things stay in my kit for years and have traveled around the world with me—you never know when it’s gonna come out. It could be feathers from a beach that aren’t as pristine as ones you would get in midtown, to things from a hardware store or an art store. Or I’ll take a byproduct from something. I use a lot of the same suitcases, and they come with all this stuff in it you don’t need, but you can take pieces out of it like the nylon and mesh. I work with [photographers] Inez and Vinoodh a lot, and anything can happen on those shoots. We did something for that Comme des Garçons book, and we pulled a wig out that I’ve had in the kit for years, and it became an arts-and-crafts session. The makeup artist, Yadim, started pulling yarn out of his kit, and he put it coming out of the girl’s mouth... It was very weird, but I guess it’s knowing the right time that it can be pulled off.”

Last spring, he created a book of hairstyles inspired by photos of the ocean called Noodled to raise money for Mission Blue:

“Water actually moves at a very slow rate, like hair does. It’s weird, like water’s always trying to push and move its way out, so a lot of the way it forms is similar to hair. We contacted [ocean photographer] Ben [Bugden], and he sent us his archive. We picked out things that I could see a connection [to hair], and then we worked with a really amazing casting director in London, Shelley Durkan. We wanted all kinds of young, cool kids, so we actually decided to go to London instead of over here. My friend Paul Wetherell shot the portraits—we just did a really packed two days. It was really crazy production.”

“I was trying to find a water bottle that not only can be refilled but you can also refill from a public restroom in Mexico. There’s this company [ÖKO], and then there’s another company called LifeStraw. It’s not just like a carbon filter, it’s a very advanced filter. Technically, you can take water out of a gutter in India and drink it and you won’t get sick. I’ve tested this thing. It’s cool because you realize, especially in this business and travel, just how much waste [there is]. The carbon footprint is the scariest thing. I haven’t used a plastic water bottle in two years.”

On shopping for vintage:

“I buy a lot of stuff at Boot Barn. But I avoid buying things new, because there’s so much out there already in the world. I avoid buying plastic at all costs. With work life, sometimes it’s really hard to find how that works, you know; I work in the fashion industry. But I think that there’s a lot of labels that are coming to the table right now, and it’s more about buying things that last. We worked with Zero + Maria Cornejo for years. She’s all about it. There’s all these websites that you can now check on things, and how things are made, what chemicals they use. People are really into it. It’s cool. It’s not a weird thing anymore.”