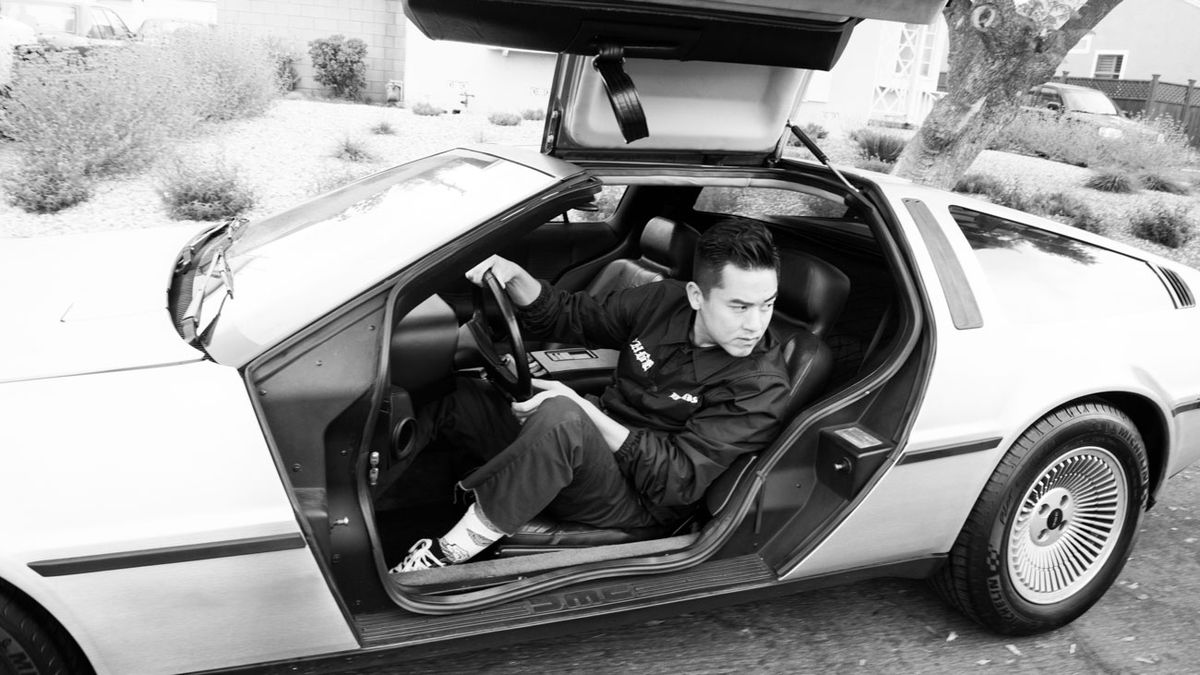 The designer goes into detail on his definition of streetwear and why he loves being in third place.

Streetwear can be a touchy subject to bring up with some. Specifically, those who have devoted their time to learning the ins and outs of the industry, culture, and rich history that defines it. Someone, for example, like Bobby Kim, co-founder of streetwear brand The Hundreds. Not only has Kim been a student and teacher in the streetwear world for years, but just this past June he released a documentary titled Built to Fail, which takes a personal look into streetwear: where it really came from, how it’s defined, and where it is today.

After catering to men’s fashion with The Hundreds for almost fifteen years and constantly being badgered about when he would dip his toe into womenswear, Kim finally did, introducing Jennifer, a line of casual womenswear, last year. (Note that Kim isn’t attaching the word “streetwear.”) The line includes oversized hoodies and classic t-shirts just like The Hundreds, but cut and sewn perfectly for a woman’s body—so much so that it’s not going to look all that great on a guy, which is exactly the point. As Kim tells us, “It’s not gender-neutral—I’m not making it in a way where both men and women can wear it. That was really the idea; why don’t we turn the tables on this? Make a brand that’s made for women that guys want?” That feels about right, considering the L.A.-based designer often speaks up about what he believes in, feminism included. Here, we got into deep discussion about Jennifer, why he isn’t classifying the brand as streetwear, and why it’s so important to *always* keep the conversation going.

From the beginning it was purely a women’s label:

“Back when we started The Hundreds [in 2003], it was out of the norm for men to be into fashion and what they wore. A lot has obviously changed since then—we’re equalizing. I started looking at the other end of the spectrum and realizing how popular men’s streetwear had gotten with women, especially in high fashion. Women walk around in their Supreme hoodies and a streetwear baseball cap, and it’s totally cool for them to be wearing their boyfriend’s stuff or buying it for themselves. I thought it was strange for women to be able to adopt all of men’s streetwear but not have something for themselves that they could lord over their boyfriend’s head instead. We created the ‘girlfriend hoodie,’ which is tailored and made for women. It looks like an oversized men’s sweatshirt, but it’s cut in such a way that it actually fits better on a woman than a man. It’s a pure women’s brand.”

Not meant to be classified as streetwear:

“Streetwear is so inextricably tied to the culture and the history of the community that, to be honest, a lot of the high-fashion stuff I don’t relate to. Lately, I’ve been saying that streetwear without culture is just fashion. Fashion is very much design-driven—it has a lot to do with industry and politics, there’s a market around it. Streetwear is not so much about the clothing—the clothing is almost merchandise for this culture and the community.

“I don’t like to classify Jennifer as streetwear per se. Streetwear is a label that’s thrown around very easily these days, and it applies to everything from sportswear to loungewear to just a hoodie. This is more classic loungewear, casual wear. It’s about creating a dope-ass, cool women’s brand that guys want. That’s really all it is.”

Kim is a firm believer in keeping the conversation going:

“For the large part, streetwear has been such a boys-only men’s club that they’re not accustomed to hearing much about women from a different light. And because there aren’t a lot of women in the space, there’s a lot of ignorance, there’s a lot of misinformation. Most of my customers or readers aren’t going to listen to Lena Dunham, but they will listen to what I have to say. If I’m saying, ‘Hey, this is what I’ve learned from Lena...’ then I see a reaction of ‘That was the first time I’ve read anything by her, and that enlightened me.’ If there aren’t any women in the space, let me be the one to provide the platform for them to address my audience.”

And he loves being in “third place”:

“I’ve always been very direct and transparent and honest with our audience, and they’ve grown up with me. Some of them leave—they graduate to other brands—and then after five years they come back because I’m still here. I really do think that we can attribute our longevity to [our community] and that we’ve never been about trends. It hasn’t been about getting all of the headlines and all of the celebrities. Celebrities don’t wear our stuff. We’ve never really been good with that because we’re never the hottest, sexiest brand at the time. We’re always third place, and I love that. I don’t want to be first because then there’s nowhere else to go but down. I just want to be in the conversation.”