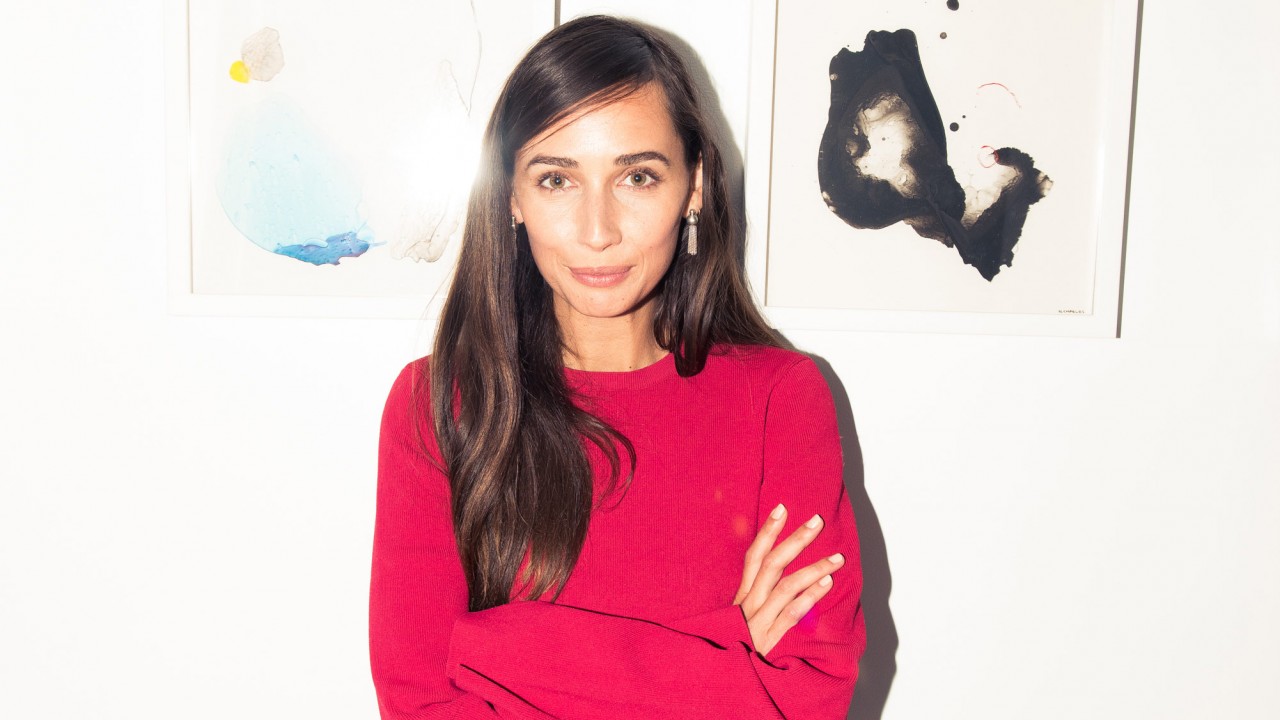 Novitiate’s Rebecca Dayan on the “French Girl” Fascination, Striving for Perfection, & Always Working on Her Art

Spend some time in the same room with French multihyphenate Rebecca Dayan, and it’s easy to see that the model/actor/artist/and most recently, writer, is about to make it big. Her first major role as Sister Emanuel in the much-anticipated film Novitiate—where she stars alongside Margaret Qualley and Dianna Agron—may propel her into the spotlight, but her work off-screen deserves just as much attention. Dayan, who was raised in the South of France and studied art and fashion design in Paris, has always tapped into her expansive artistic expressions. Her exhibition in 2015, “Assumption,” featured a collection of watercolor paintings that challenge the notions of Christianity, faith, and virginity. And now, following her debut on the big screen, she’s dabbling in screenwriting. I sat down to talk with her about her next foray, the influence faith had on more than one medium of her art, and what is really up with the “French Girl” obsession. 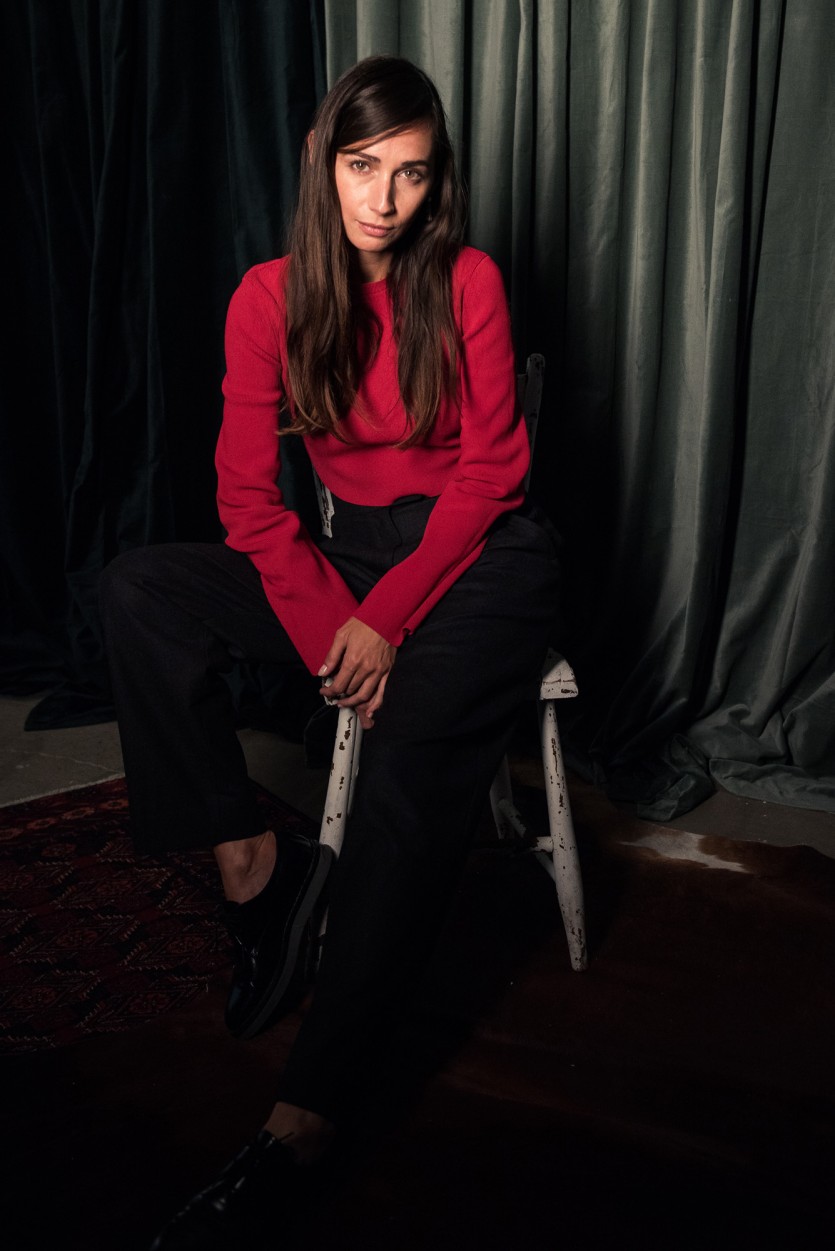 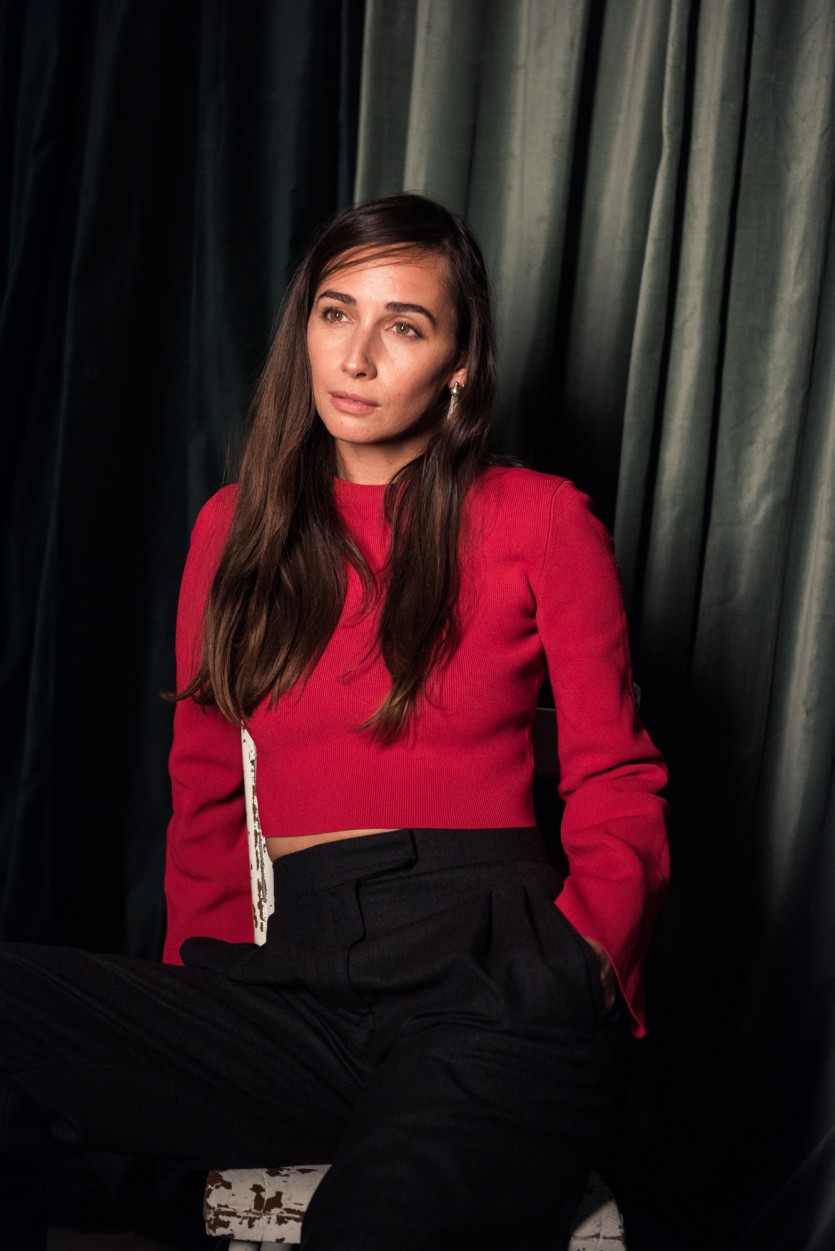 She had a hand in crafting her character:

“When Maggie [Betts] sent me the script the first time, the [characters] weren’t completely written because she wanted to build them out with whoever was going to play those roles. They were tailor-made, which was really cool. Originally, I started working with her on developing the character that Morgan Saylor ended up playing, and then we actually ended up thinking that Sister Emanuel was the most fitting.”

What surprised her the most about the life of nuns:

“There were so many things that we learned [throughout filming]. I barely knew anything about what it was to be a nun. I had no idea, for instance, that they were actually getting married to God through a ceremony, and then would wear a wedding band. That was kind of a surprise. Feeling that love and passion of being in a relationship with God and not having it be a conceptual thing—have it be like the real feeling of being in a relationship—that was the most challenging thing about the role. If I could feel that, then I was doing my job properly.” 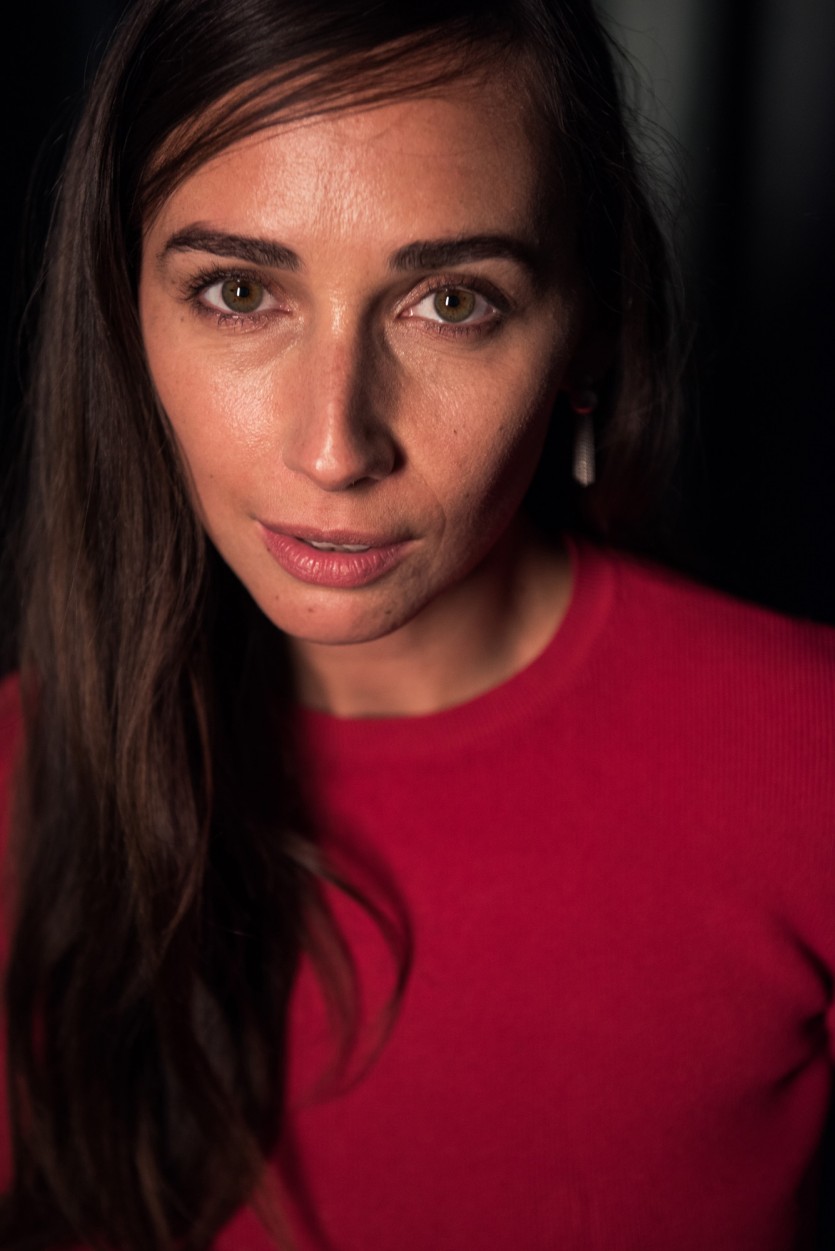 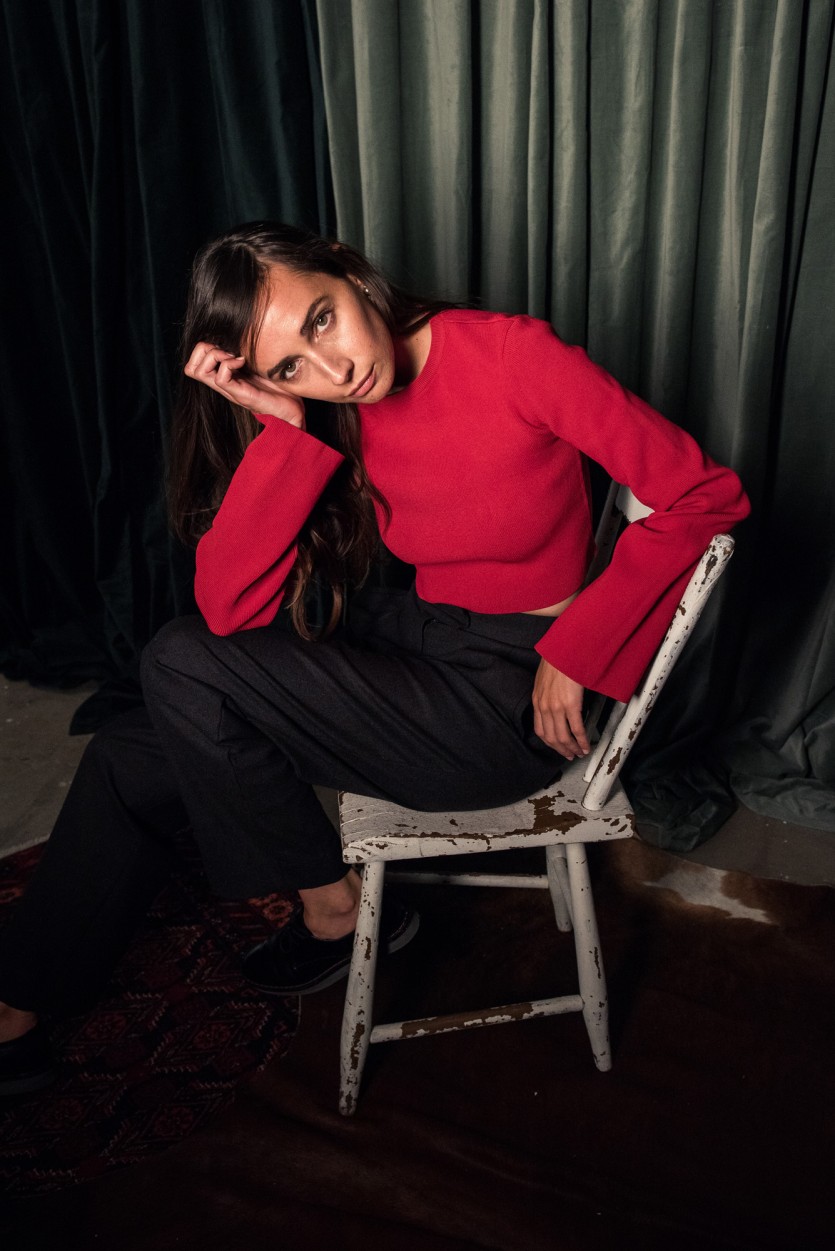 Why she knew Novitiate was going to be powerful:

“I knew when I first read [the script] that this was something. I wanted to be a part of it because of the fact that it was a whole female-driven project. I knew that that would be a great thing and that people would respond well to that. And then on top [of that], all the other actors were amazing to work with.”

The parallels with nuns and culture today:

“Perfection is what [the nuns] strive for. That’s what their goal is, is to be this perfect, irreproachable being to approach holiness. Today, women want to perfect themselves, and so we do a lot of things in order to seem ‘perfect,’ whatever that actually means. Whether it’s a physical thing, behavioral, or intellectual. It’s an ideal that we’re trying to attain, a kind [of] mirage, and we put ourselves through hell and back for some idea of something. I think it’s really relatable in the movie. Whether you do that for a boyfriend, or you do that for God, or you do it for fame or fortune.” 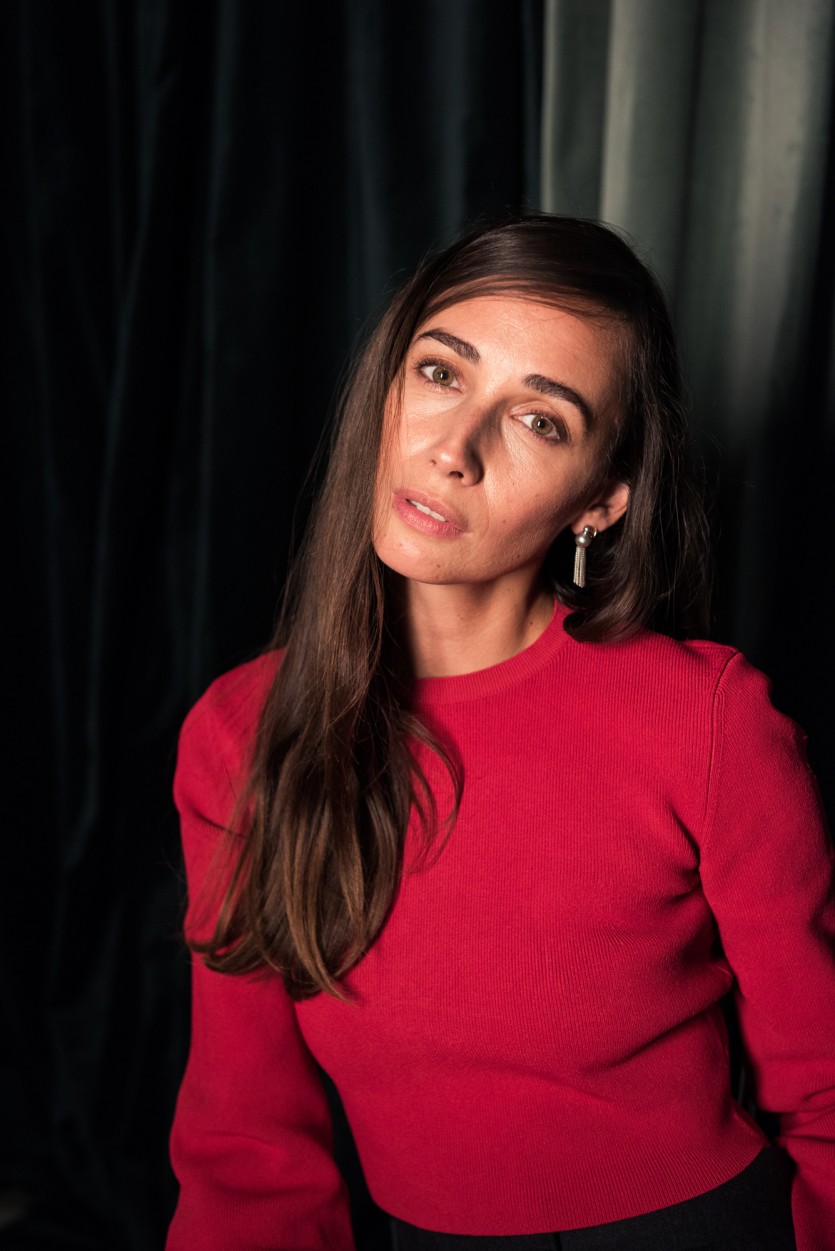 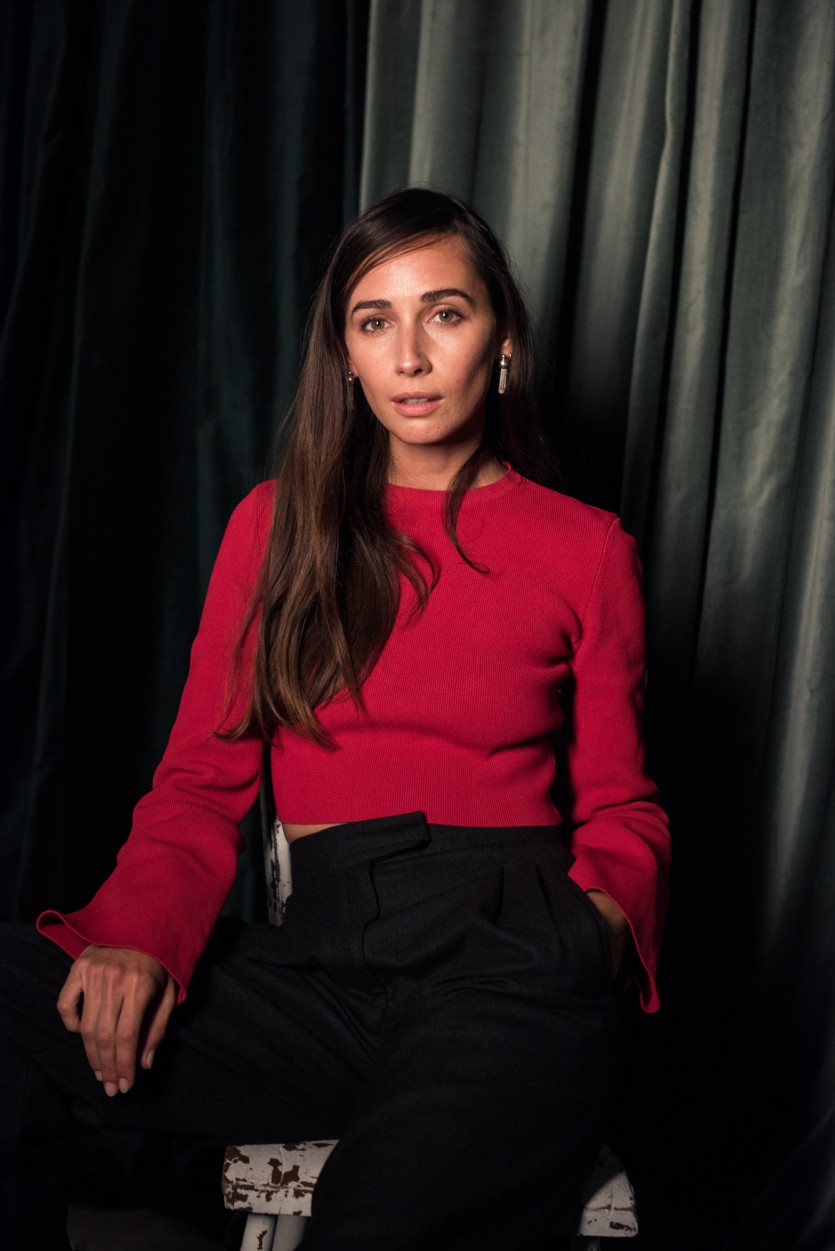 How Novitiate, and the conversation of faith, influenced her art exhibition, “Assumption”:

“One definitely fed the other. I had been in talks with Maggie about the movie for a long time, and she had sent me all these books that I was deep into reading. When I got asked to do this art show, I couldn’t possibly think of anything else. I got drawn to ideas of sexuality and religion. I read pieces of writing about virgins and what that meant before Christianity. The idea of spirituality, sexuality, and femininity are definitely always going to be in the art that I do. Am I going to explore it in the same way? Probably not. But those notions are definitely issues that are interestingly on my mind all the time anyway.”

What’s the first thing that you do in the morning?

But very relatable. What’s the one skin-care item you can’t live without? 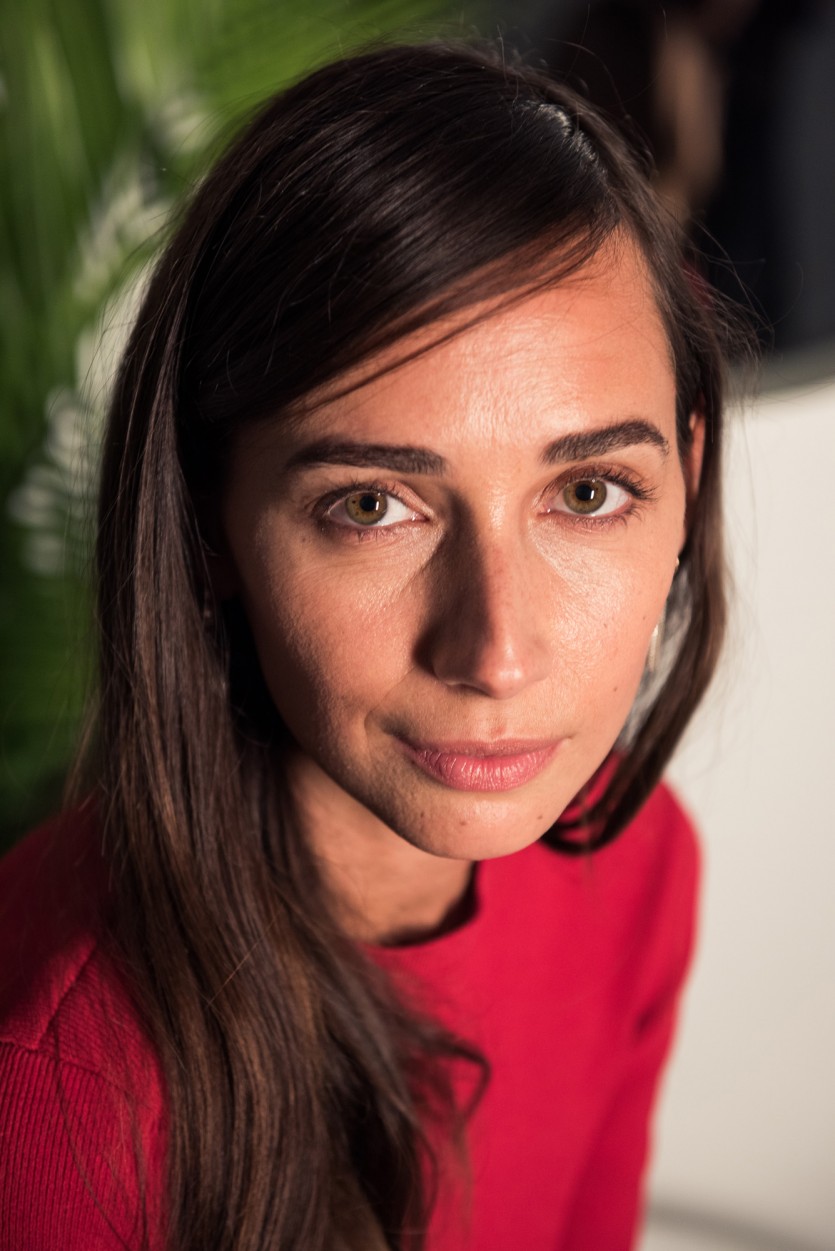 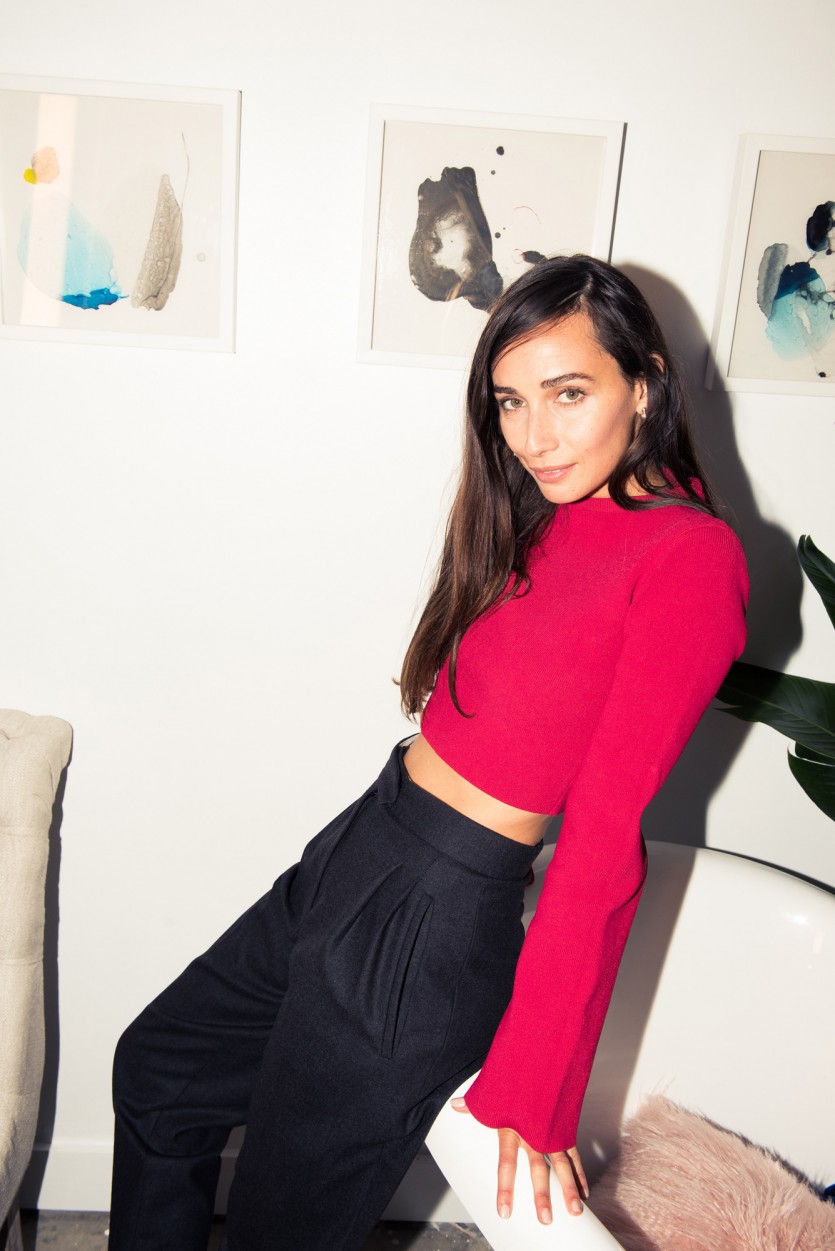 One health item that you can’t live without?

“Vitamins. I take fish oil and vitamin B and this really good antioxidant called astaxanthin.”

What do you think it is about “French-girl” anything fascination?

“[Laughs] I think you’re gonna have to tell me that. I’m still trying to understand it. But hey, it’s pretty nice to be on the receiving end of it.”

What is different about French girls?

What’s your idea of a chill night in?

If you had $20 to spend at the drugstore, what would you buy?

“Cigarettes are going to take a lot of that budget. But probably a kombucha.”