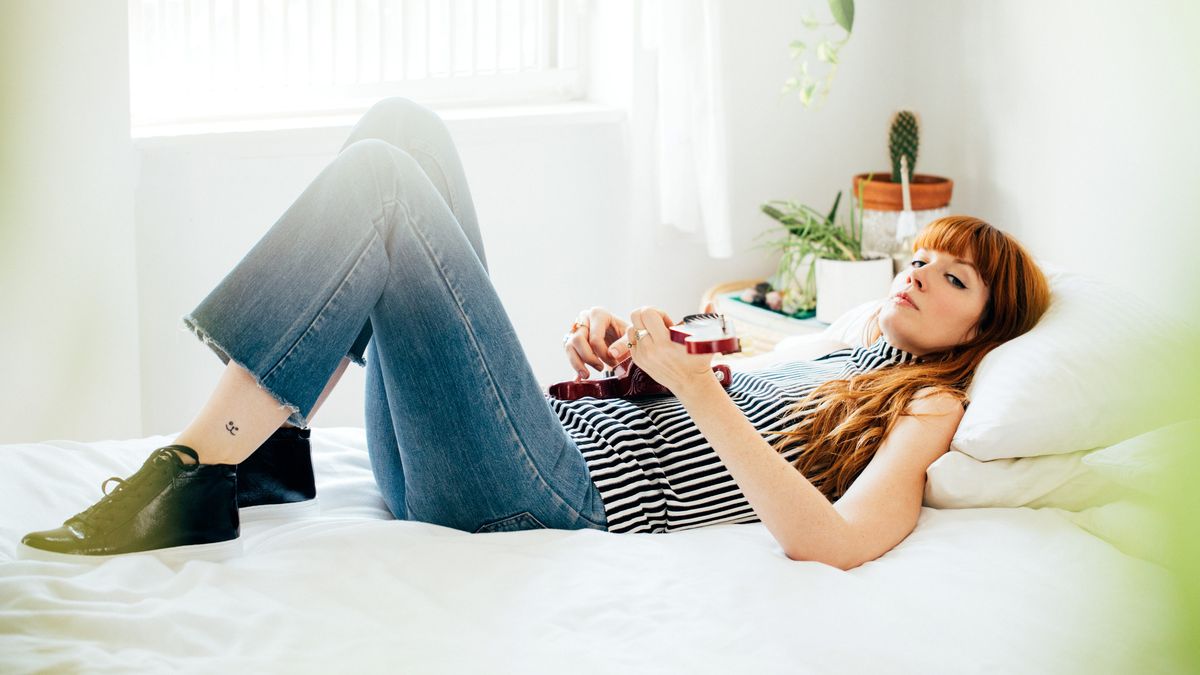 Brianna Lance reveals her secret to forging your own path. In collaboration with Kenneth Cole.

Navigating the business of fashion is a daunting task for anyone hoping to embark on a fulfilling, creative career. With so many different avenues to success, the sheer number of options can be seriously overwhelming. Still, with the rise of social media and more digital outlets than ever before, there’s never been a better time to combine all of your interests—whether it’s music, art, design, etc.—into a job that suits you perfectly. But how do you even know where to begin?

We decided to ask one of the most sartorially blessed industry insiders we know, Brianna Lance, about how she went from a struggling photo assistant (she had to lie about her skill set to get the job!) to a designer at cult-favorite brand Reformation before becoming a top creative consultant. And that’s not even counting her role as a contributing editor to So It Goes magazine, playing in her band, Bad Girlfriend, and continuing her childhood love of painting. Girl knows how to be productive! We’re going to assume that some of the creative fuel comes from her NYC home, which is the stuff of our bohemian plant-laden fantasies, and the perfect atmosphere to nurture her art, music, and creative endeavors.

Check out her advice for taking a leap of faith and never giving up on your dream job, even if you’re not yet sure what that could be.

Be ready to learn new skills on the fly

“[For] my first job, my friend told a documentary filmmaker that I was a photo retoucher and I knew what I was doing. I had to learn how to retouch all the stills in a day. He never found out! [After that] I was styling for a long time, and then I met the woman who owned Reformation. We were friends, and when she started that company, she asked me if I would come work for her. I was there for six years, then when I left I had a men’s company for a little while, and now I consult. It’s like finding where a company’s holes are, and then helping the teams that they have in place fix the holes, whether it’s that they need to work on their content, on their design, [or] on their e-commerce site.”

“I make music, I DJ, I paint. I’m a contributing editor [at So It Goes magazine], which means I do everything from art-direct shoots, help them find photographers that are cool and up-and-coming and that are the right people to shoot for the magazine. I interview people, I’ve styled shoots for them, I make playlists. I’m sort of like a jack-of-all-trades. So, every day is consistently different, which is really good for me because I’ll have weeks where I’m doing the same thing every day, and [it] feels like torture.”

Be yourself, and your aesthetic will develop naturally

“I’m not a hyper-self-aware person, so I don’t think about [my style] much. Like, I have bangs because I don’t like my eyebrows. It’s not a conscious decision—it was more about a practicality. I normally gravitate towards sneakers because they are comfortable, but also because they make an outfit seem less fussy. Most of my decisions are based on what I feel makes the most sense for my life. Obviously, I have to look presentable, but it’s the most comfortable version I can have. I tend to mostly wear knit tops because I like things you can move in. I never want to feel confined by my clothes.”

Do what you love, and block out the noise

“A lot of people have told me, ‘Oh, you should focus on one thing.’ I’m very busy all the time, [and] I have a hard time learning how to take breaks as a result. Don’t listen to other people, and if you like something, or maybe multiple things, pursue it. Just pursue everything that you find interesting. If you want to paint, take a painting class; if you want to make music, learn how to make music; if you want to get in the music field, go see shows, work at a music company. Whatever you want to do, I would recommend just diving into it.”

Don’t compare yourself to other people

“I think it’s a really unhealthy, crazy thing to compare yourself to other people or think you should be somewhere based on how old you are. I think that everyone’s life trajectory is really different. Some people I know are really successful in their 20s and then struggle when they get older. And some people I know [who] have huge success in their 40s or 50s maybe struggled when they were younger. I think that it’s just all about what’s right for each person.”

Let your ambition and creativity drive you

“I don’t think anyone who’s creative ever feels that they’re successful. I think any artist, any creative person, the whole thing that drives you to keep making the art is that feeling that you’re not good enough. And I hate to say it, because it’s a horrible feeling to have, but anyone I know, whether they’re musicians, painters, designers, everyone has that thing where they’re like, ‘Oh, I can do better. I can do more. I need more.’ And that’s what drives you to make work.”