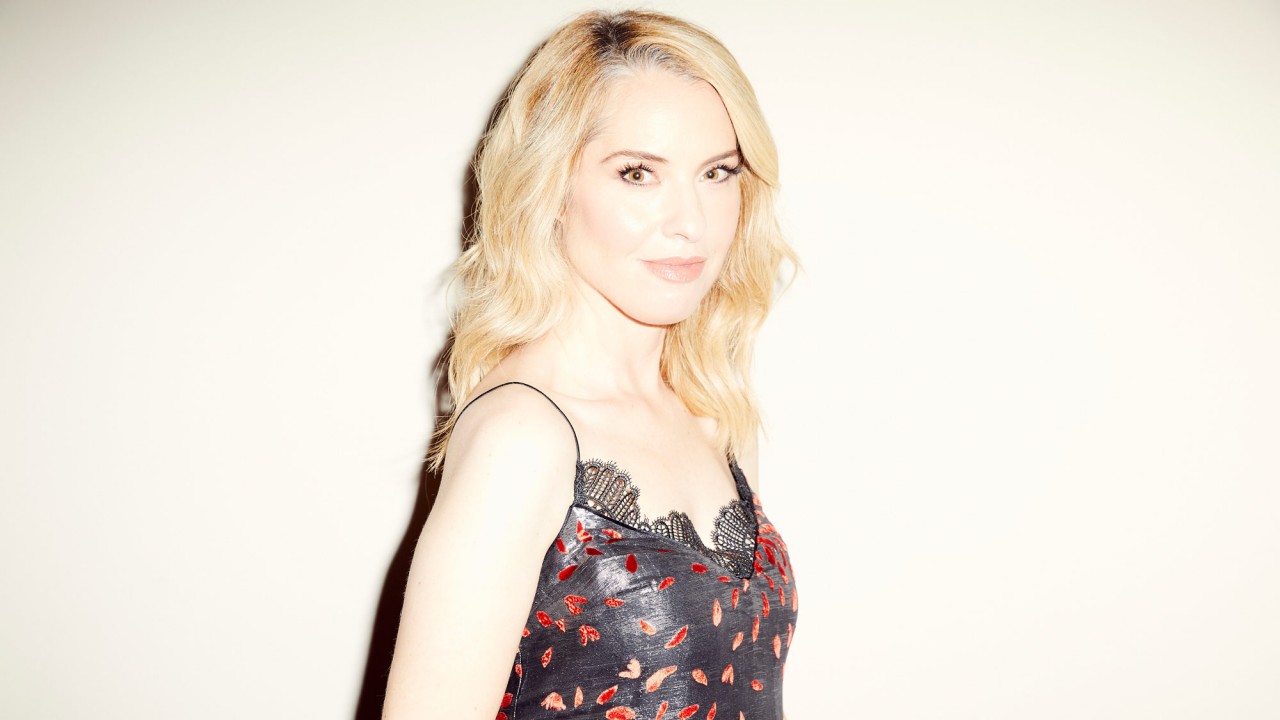 That’s actually what they were doing when he offered her a part in American Horror Story.

Ghosts, witches, little kid vampires—American Horror Story does a pretty great job at leaving us spooked, unable to turn off the lights when it’s time to go to bed. But what if you take away all those supernatural elements and played off of real-life, modern-day fears? Well, you’d end up with season seven, AHS: Cult, arguably the show’s most shocking and realistic story line yet.

While rumors once swirled that it was based around the 2016 election, it turns out that’s only *part* of what makes it so scary (this isn’t a documentary, after all). We spoke to Leslie Grossman, aka Meadow, who quickly broke down the overarching theme for us…and spilled what it was like on set and what truly scared her while filming. She also declared her love for both The Real Housewives and Michelle Obama (same), and told us why she likes getting political on social media—while posing with a Hillary Clinton mask and Gloria Steinem’s “Outrageous Acts and Everyday Rebellions.” 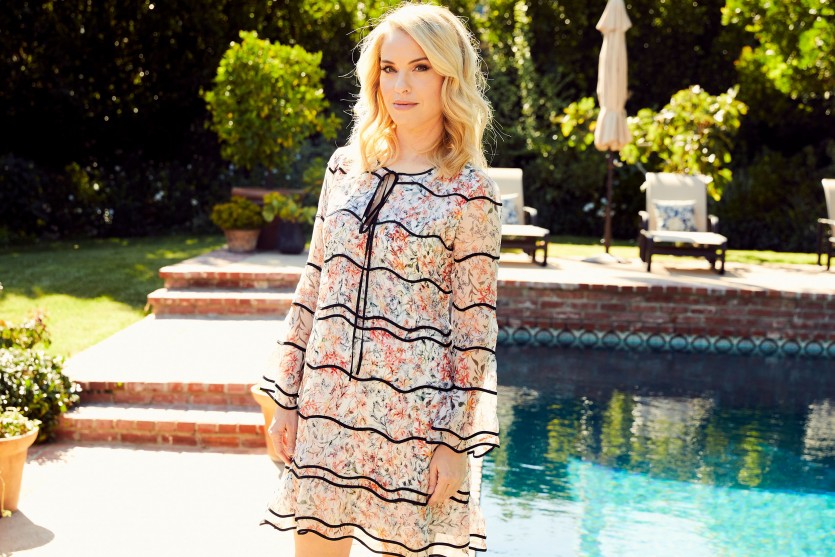 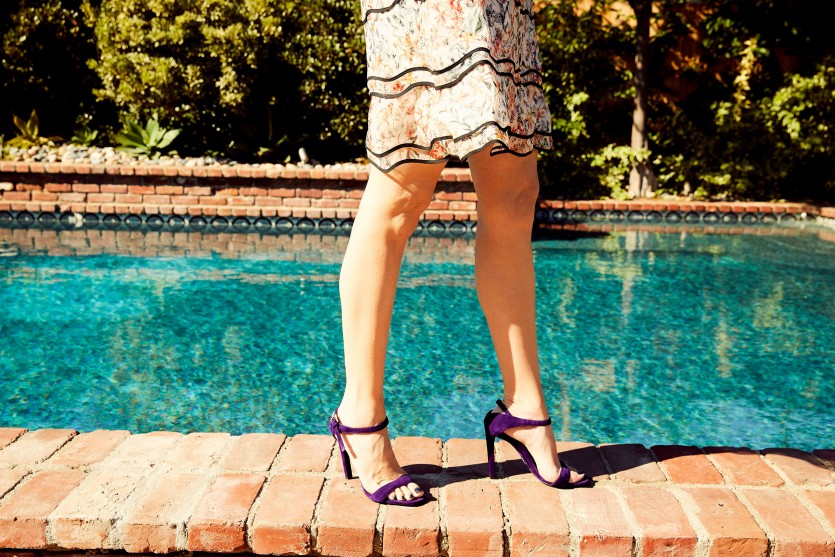 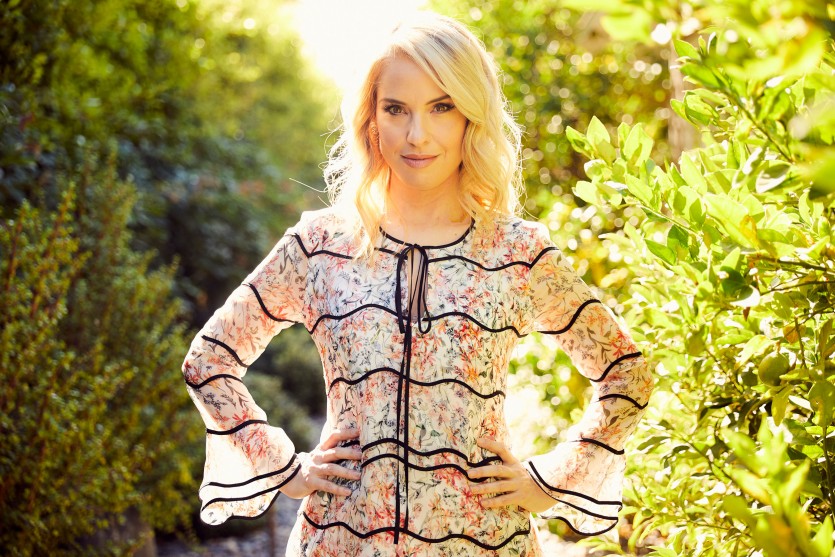 You’ve worked with Ryan Murphy on a few different shows. Did he just say to you, “Do you want to be on this season of American Horror Story?”

“He and I text a lot about The Real Housewives, and we were in the middle of a text exchange and he said, ‘I think you should come do the next season of American Horror Story. I have a part that I think would be perfect for you.’ This was long before the script had been written. I didn’t even know how to react. I thought, ‘Oh my god, if that works out, that will be amazing.’ And it worked out, and I’m thrilled.”

What happened when you found out about the story?

“I was really interested. I think to ignore what’s going on right now in our country would be negligent, and to address it head-on is a really interesting thing to do. If you don’t know anything about [the show] and hear the bare minimum, you think, ‘Well, I don’t want to hear about Trump and Hillary anymore.’ That’s really not the focus of this season at all. There’s mention of the political divide, but the bigger, overarching theme is fear and how people can use fear to control and manipulate. And how, if you allow yourself to become controlled and manipulated by fear, you do things that you never, ever thought you would do. We’re seeing a lot of ruling through fear and a lot of reactive behavior because of fear. Of course, it’s American Horror Story, so it’s hyper-real, and it’s also entertainment—not a history lesson. So it’s fun, and crazy, and scary, and gory, and all those things people love the show for.” 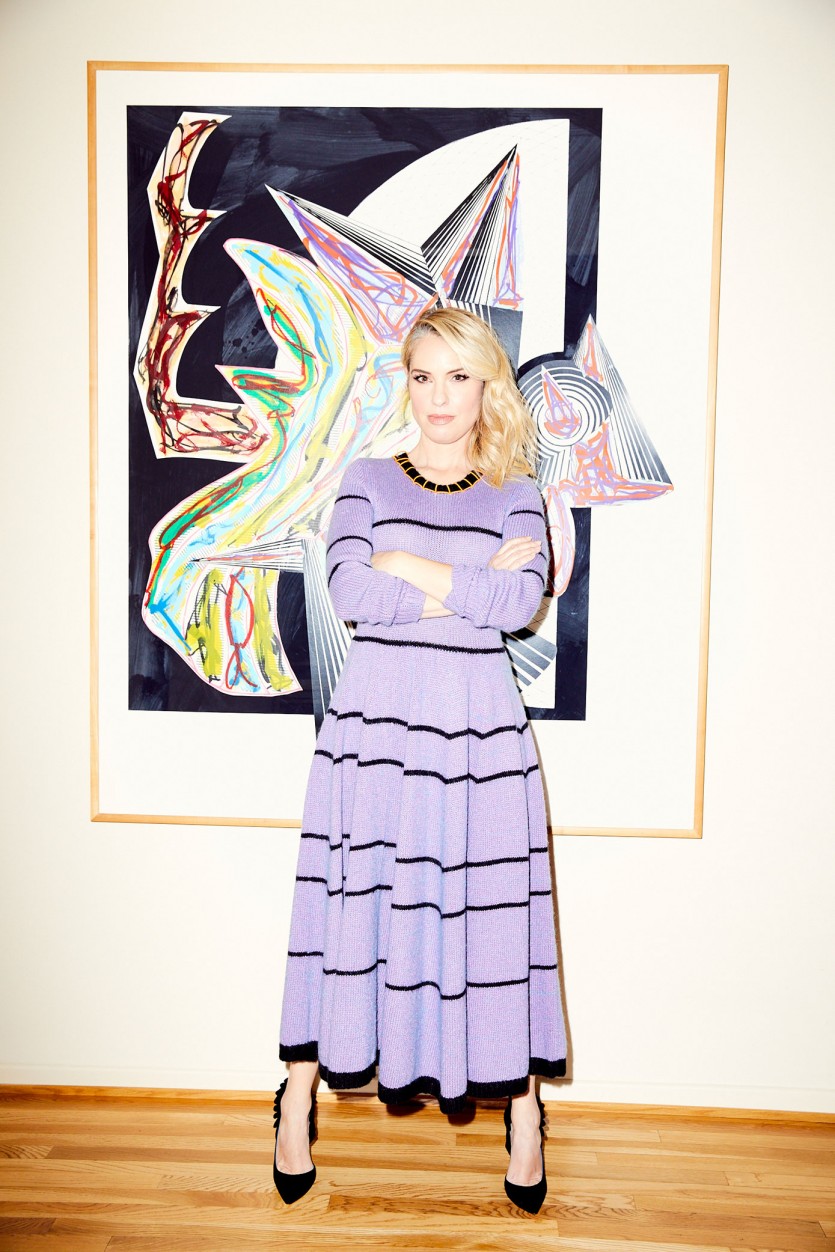 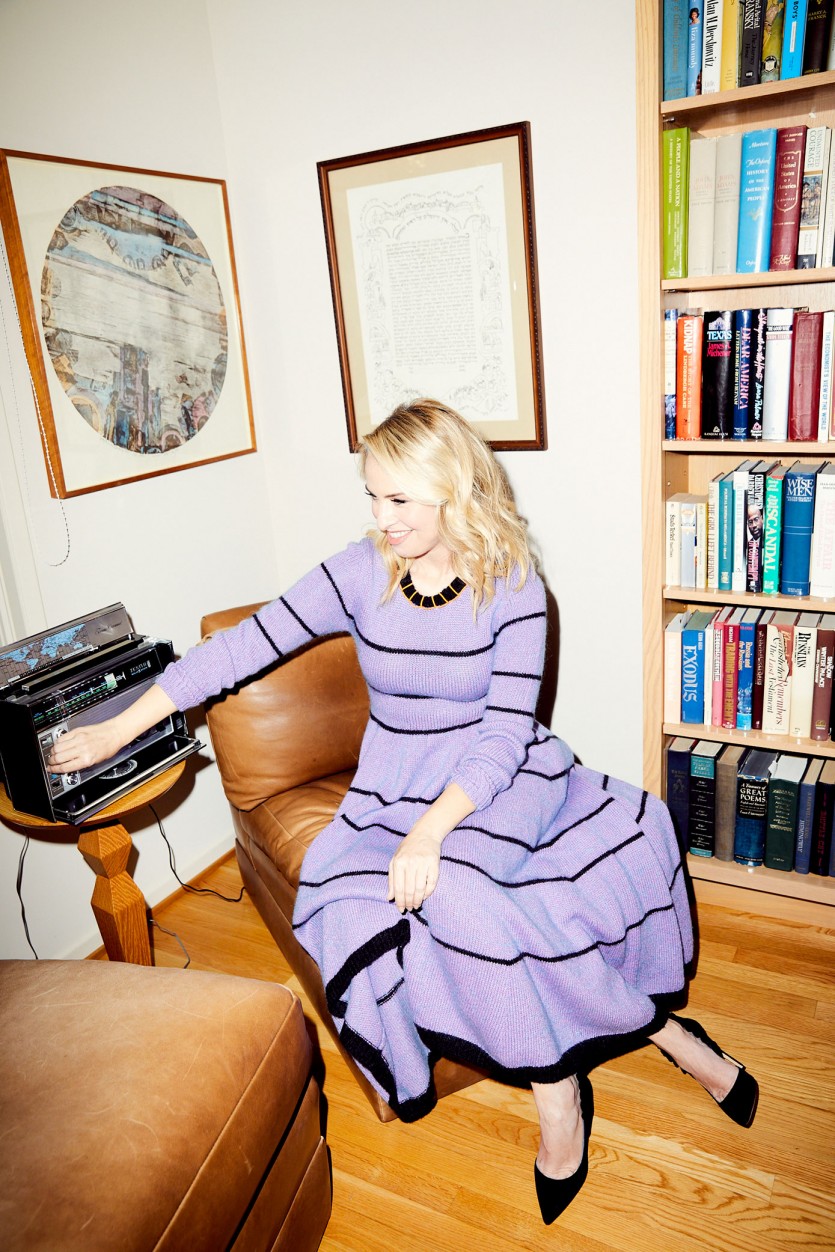 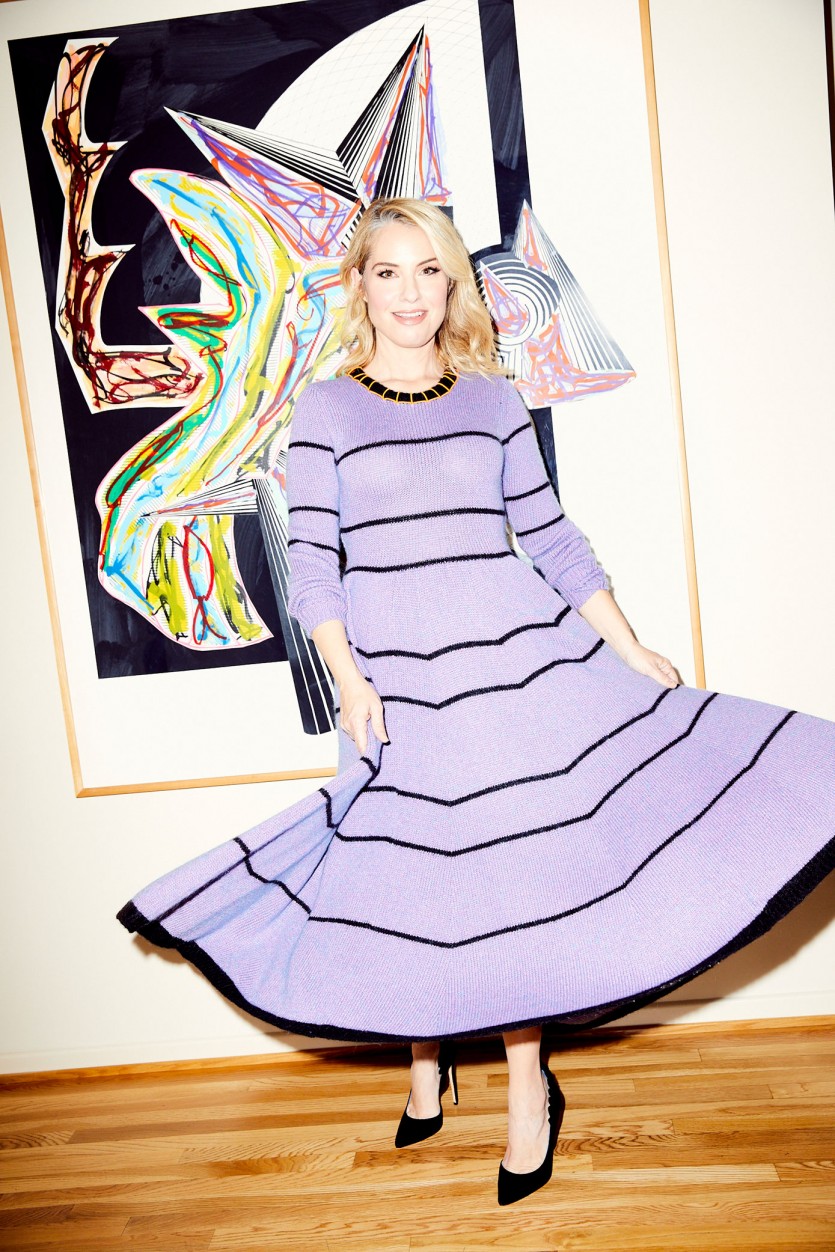 Was there anything that scared you while you were on set?

“It doesn’t make for a very interesting story, but we all have such a good time together and continue to just be friends. There was zero drama. First of all, you’re dealing with someone like Evan [Peters] or Sarah [Paulson]—they’re people that are at the very top of their game. Everybody’s über-prepared, ready to work, but also bubbly and friendly. It’s a little intimidating sometimes to walk into a show where people have been on it for years, but everybody couldn’t have been more lovely to me, and welcoming, and open, and made me feel totally at home right away.” 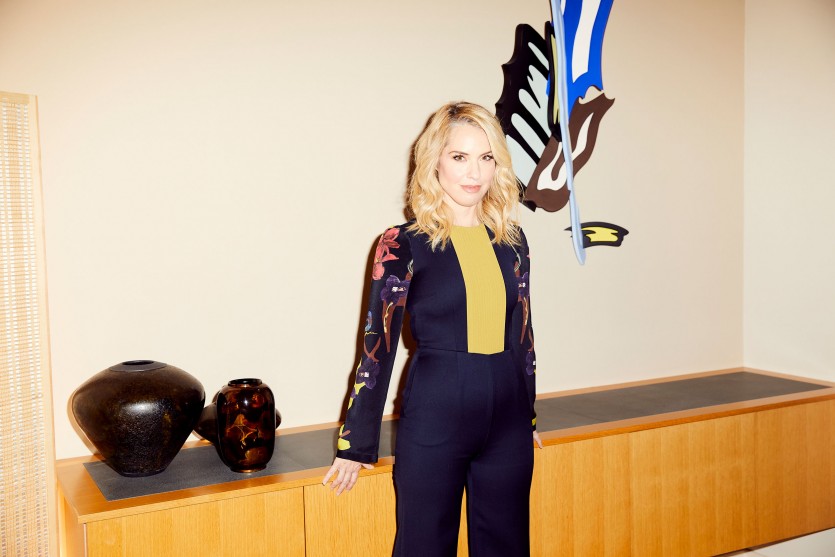 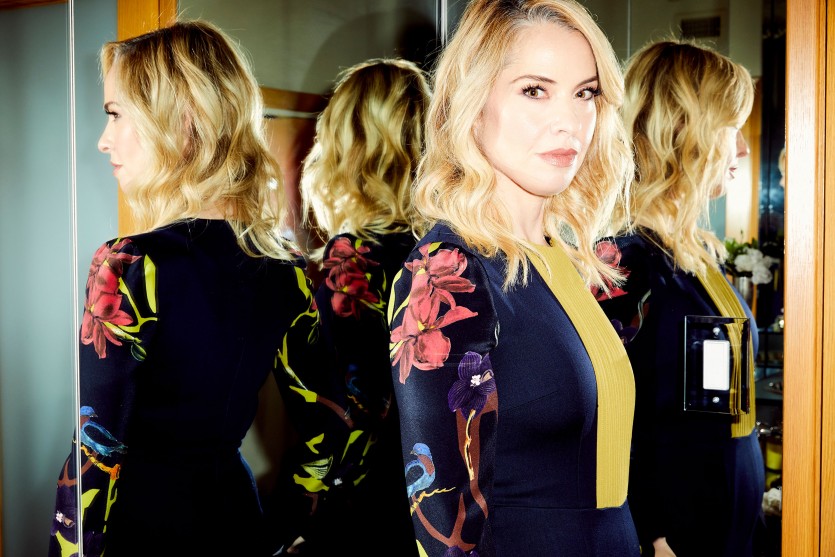 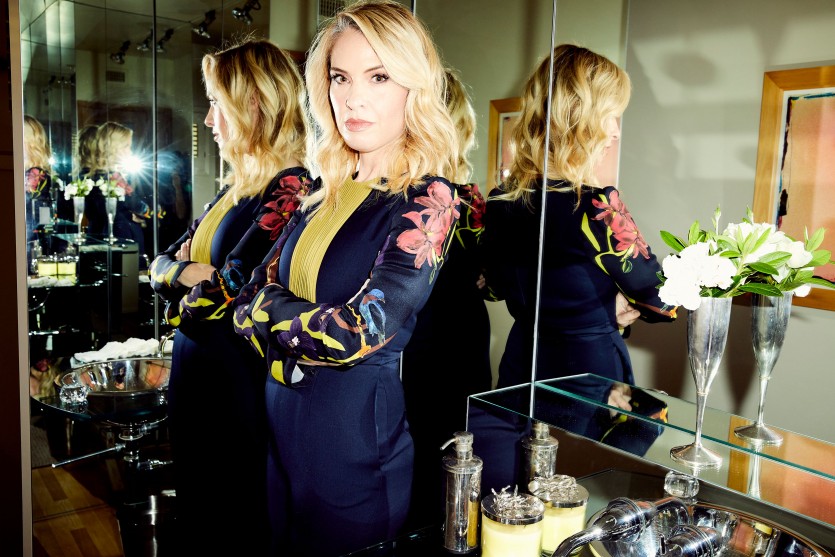 Sometimes, your character is kind of the comic relief between the more intense parts. Do you relate to her at all?

“I’ve played some really out-there characters, but Meadow is probably the least like me of any character that I’ve ever played. Like that scene with Evan where he slaps her across the face and tells her she’s so annoying? In a million years I would not accept that. When I first read it, I was like, ‘Oh god, she’s the worst.’ So irritating and annoying and I felt bad for her. But I seem to have [developed] a real compassion for Meadow, in that she’s somebody who just feels like she doesn’t have a lot of options, and you see more of that in [the sixth] episode. She’s just the saddest. The only thing I have in common with Meadow is that I like The Real Housewives.”

Do you watch them all?

“I’m embarrassed to say that I watch them all. And I don’t really understand because I feel like I never have enough time to do anything, but I seem to fit in the time to watch all of the Housewives. I watch every single city’s Housewives. Yeah, I’m a big fan.” 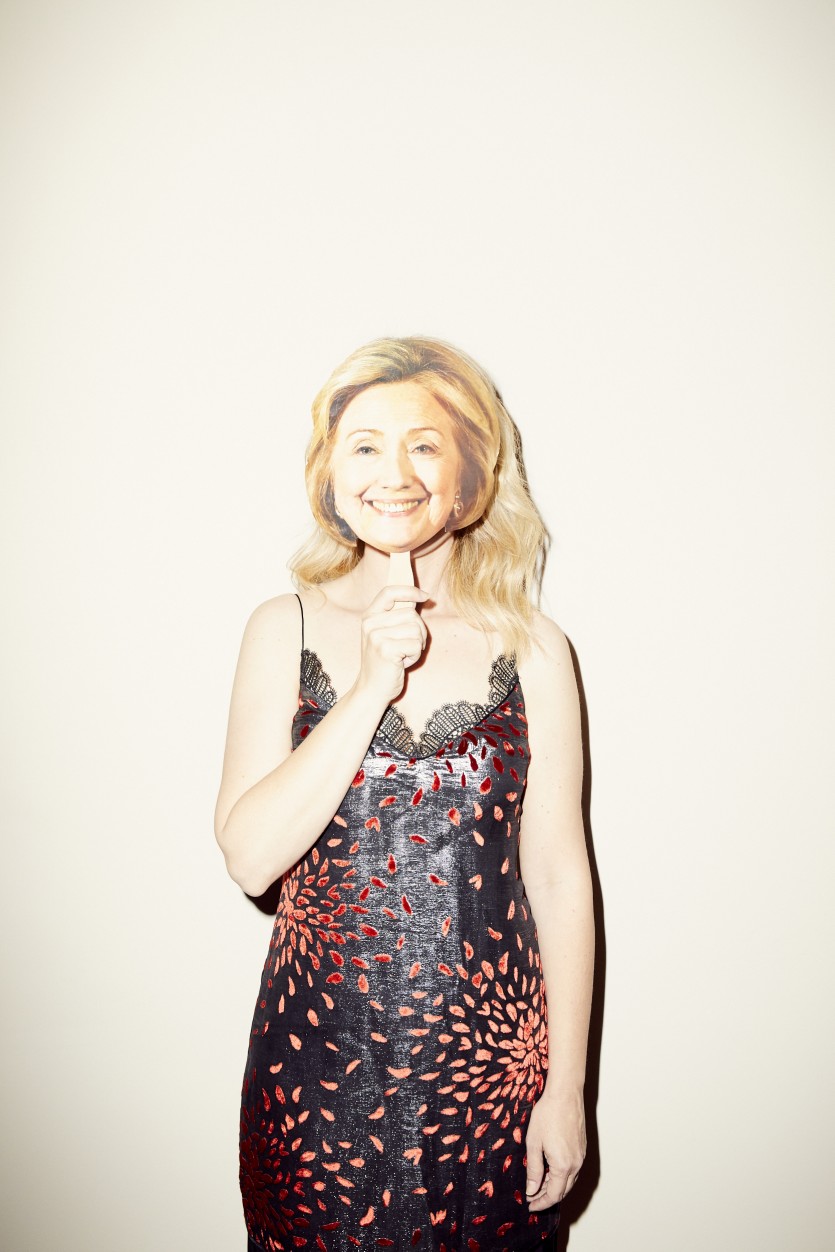 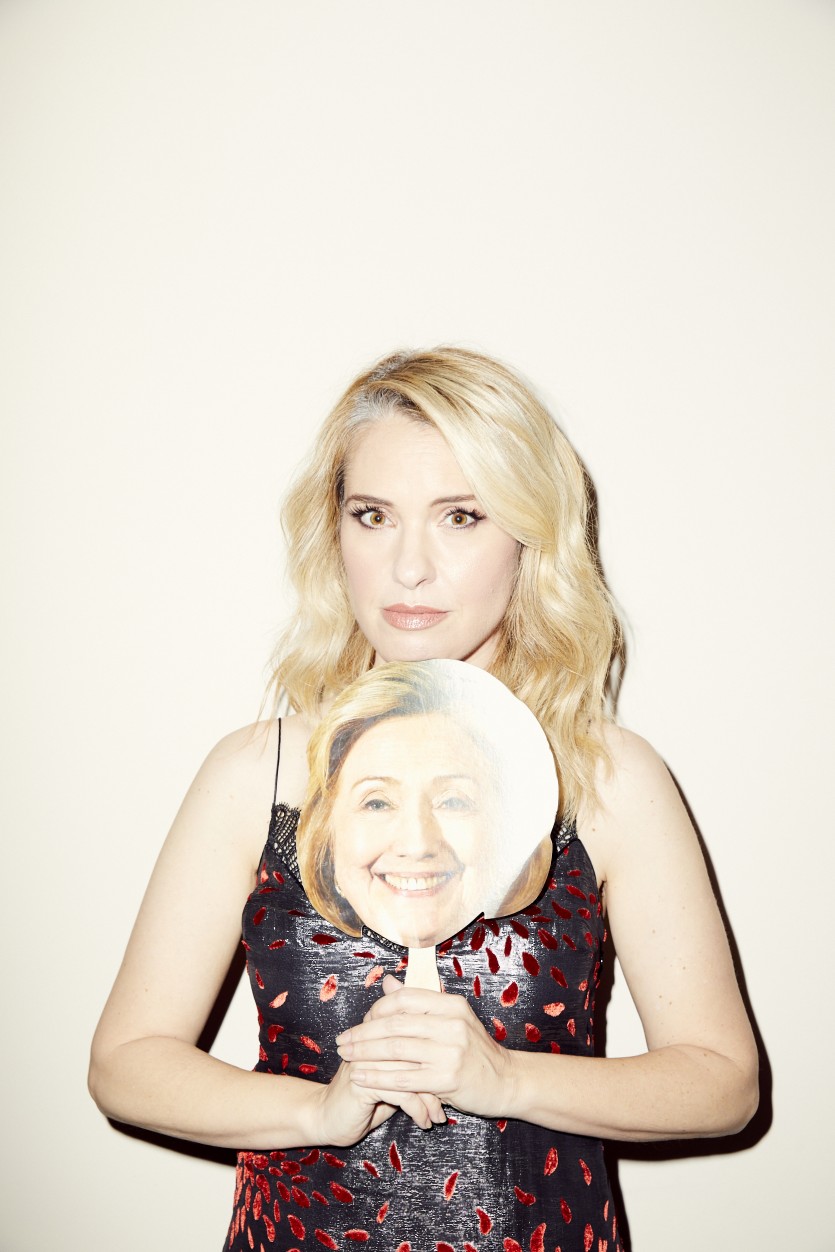 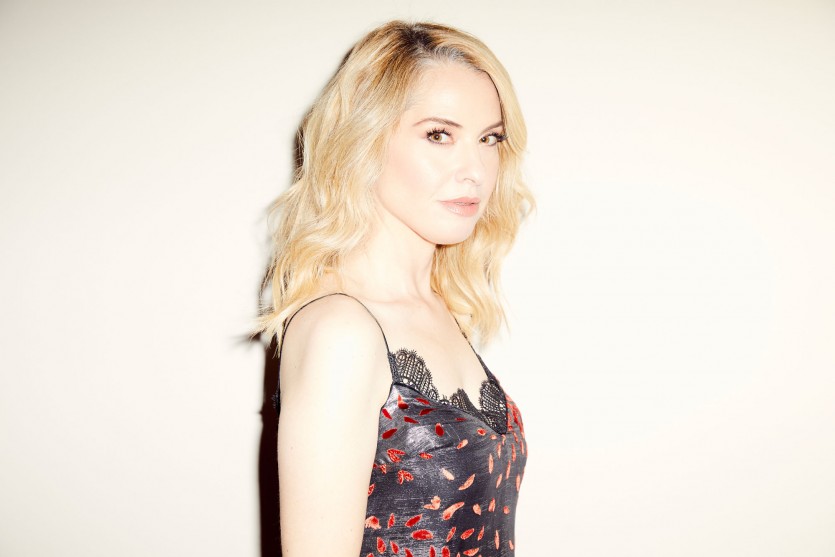 You get pretty political on social media. Do you feel that you have a responsibility to help inform people?

“One of my downfalls is that I don’t know how to be dishonest. I’m sort of just me at all times. To not discuss something that I think about and feel affected by on a daily basis would be inauthentic. What am I supposed to do? Tweet about the weather? I’ve always been a really politically active and engaged person. It’s something I’ve always been very interested in, and now more than ever there are so many horrendous, horrible things that I’m seeing happen—how can I see what happened in Charlottesville and not say something about it? I’ve got to be honest about what’s going on with me at any given moment. That might be to my detriment, and I absolutely have people say things to me on Instagram, on Twitter, that they don’t care for my point of view. My feeling is that I’m open to your point of view if you want to have a normal discussion. But if you’re going to attack me personally, or swear at me, or say horrible, derogatory things...I’m a really big fan of the block button. If you want to communicate with me about why you disagree with something I say, in a way that’s respectful, great. Let’s go for it. For the most part, I don’t get a lot of backlash, because I’m hardly alone in a lot of the things I think and feel and tweet about. I think I’m representative of more people that feel like I do.”

“I just love her so much! I have a daughter who’s about to be eleven, and I cannot think of anyone who’s a better role model for a young girl growing up right now than Michelle Obama. She’s somebody who I kinda wish could be more involved in our future politics, but I can also understand—why on Earth would she ever want to go near that? Why would she want to put herself up to be exposed to the ugliest, most disgusting, base instincts of some of the underbelly of our country that we’ve seen? So, it’s too bad, because I just think she’s incredible. She’s brilliant, and amazing, and how about—and like, this is the least important part of her—but how about how she’s got the best style? You know when they ask those questions like ‘If you could have dinner with anyone, who would it be?’ Totally Michelle Obama’s my first choice.”