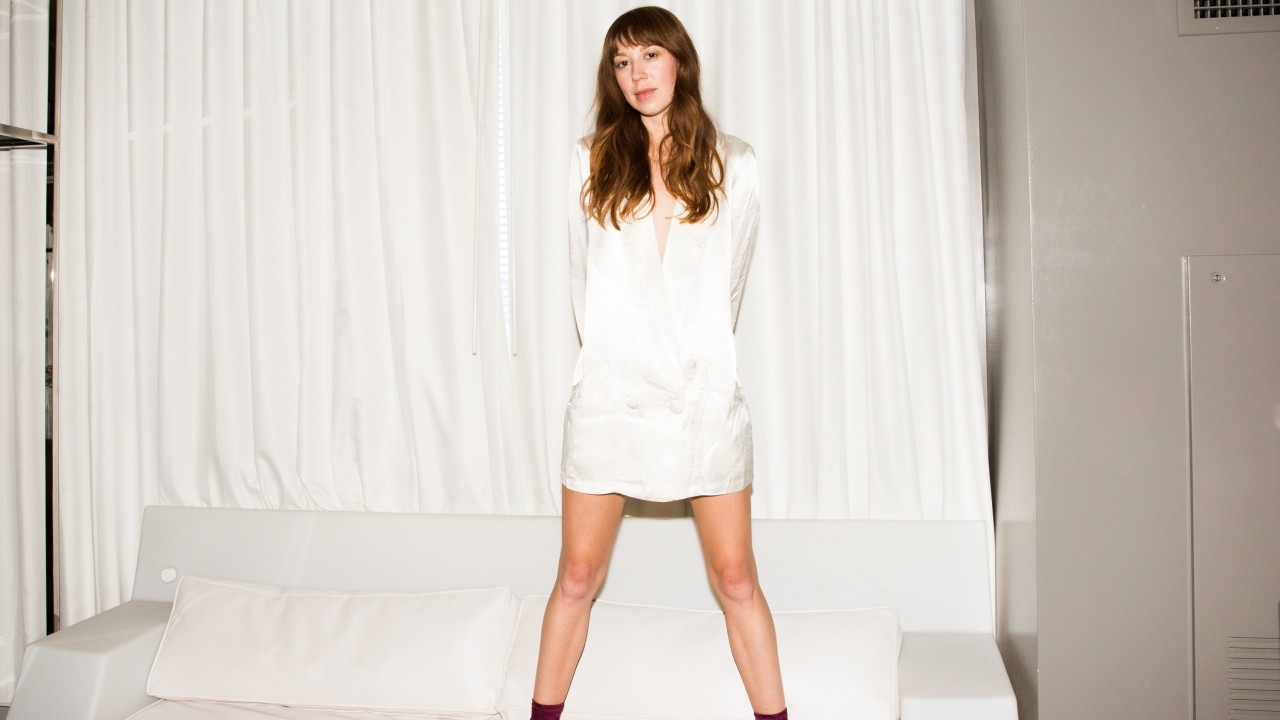 “White Noise” singer Ella Vos gets personal with her music.

The first time we heard an Ella Vos song, we knew we were about to become lifelong fans. The L.A.-based pop singer makes the type of music that gives you chills, and if you pay close enough attention to the lyrics, you’ll notice some incredibly powerful messages being delivered—many of them about women and their rights to exercise control over their bodies. Given the current political climate, there is no better time to get into her music (and have it on repeat).

“I started playing piano when I was five, and I was really obsessed with it,” Vos says. “I had always secretly wanted to be a singer, but my best friends were always good singers, so I just stuck to piano and I would sing by myself.” When she was in sixth grade, Vos formed what she calls a “fake band” with a friend. “[I] started writing lyrics, but I didn’t really sing in front of people until I was in college and joined a band.” As Vos puts it, her music is “new pop with a lot of heart and emotion.” 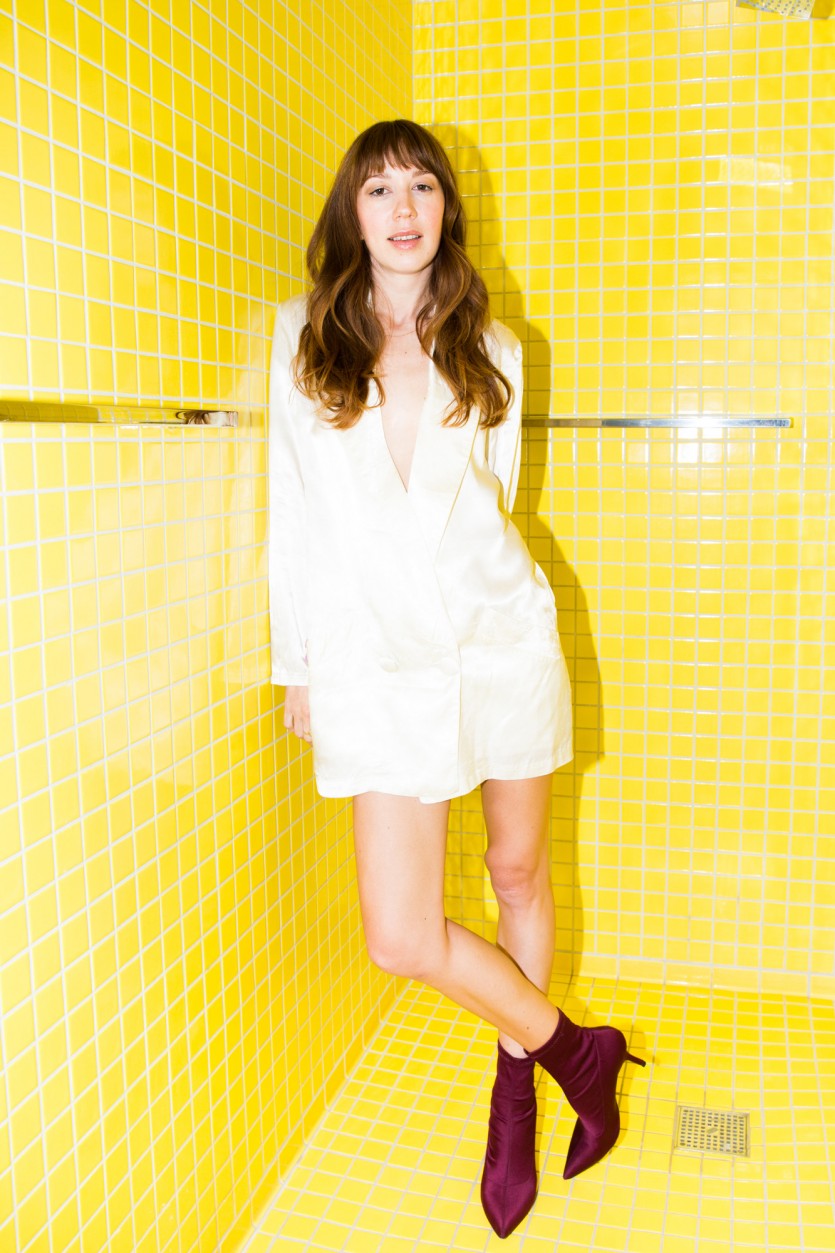 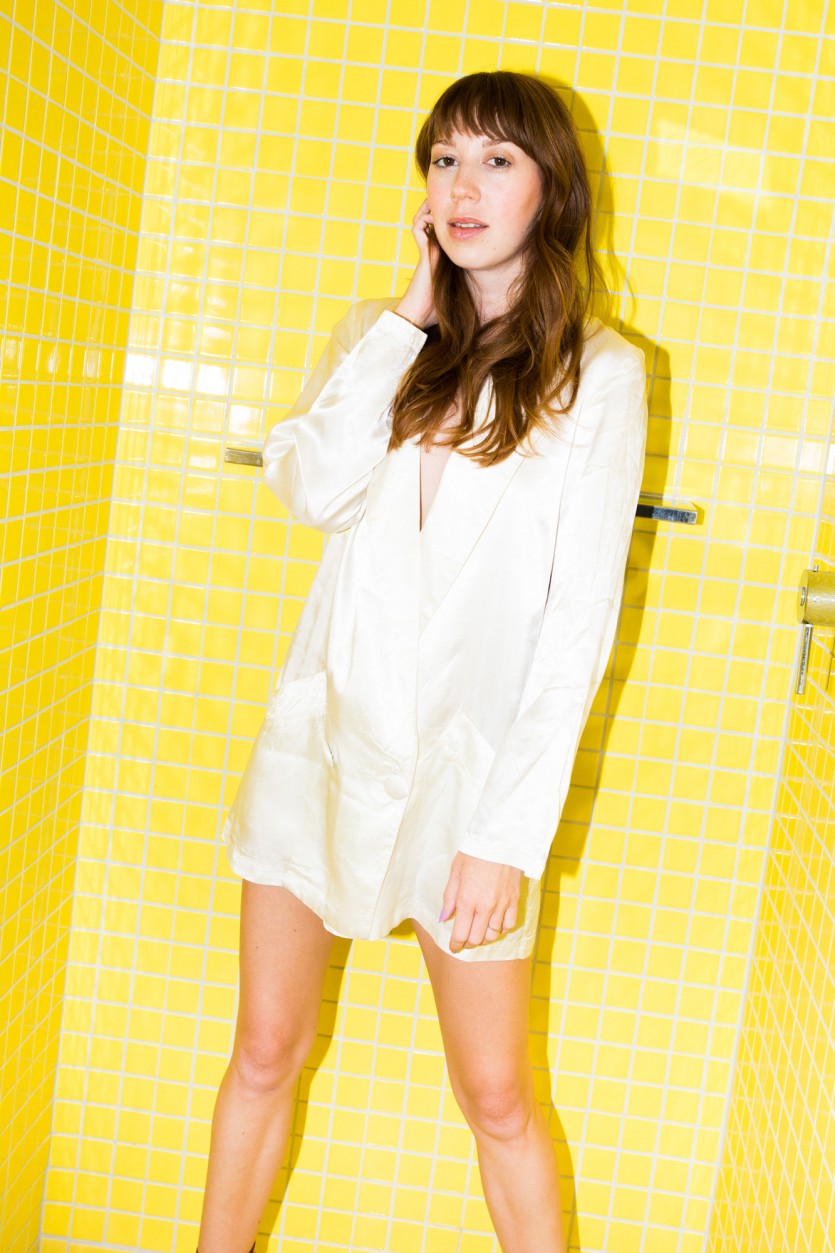 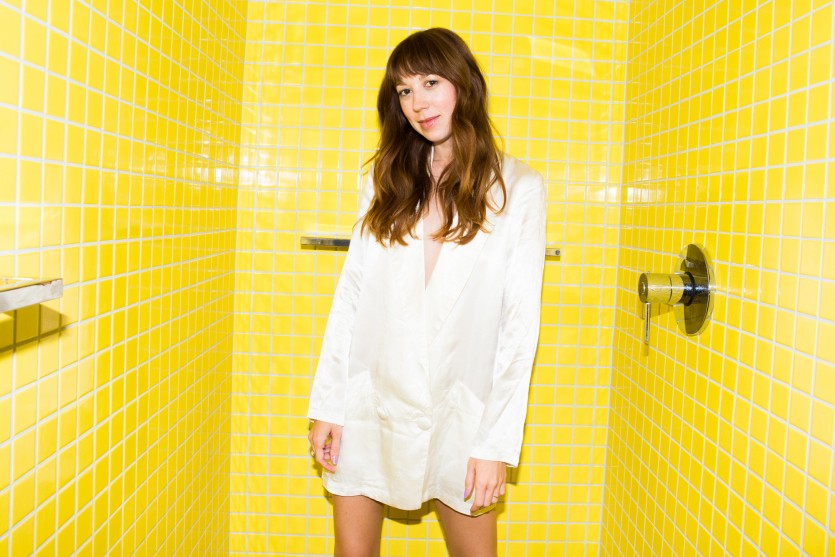 Hearing anyone sing about women’s rights is bound to evoke emotion in us (especially today), even more so when coming from a confident young woman. “I think one of the most important things about music is to reflect what’s going on in the world,” Vos says. “That’s something I’ve always felt responsible to do. I feel so free when I express [these messages], and I know that when I experience those [feelings] through other people’s music, it makes me feel like there’s hope and importance to life.”

Yet it’s not only Vos’ music that has a hidden meaning—her stage name, Ella Vos, has one, too. “I wanted a band name called ‘Ella’ (pronounced a-ya), which means ‘she’ in Spanish,” she says. “I like the idea of how all my music is about me, but it’s also about everybody else. I liked this relationship between me and you, and this is about me but it’s also about you. So ‘Vos’ means ‘you’ in Spanish...so it’s ‘she you.’” 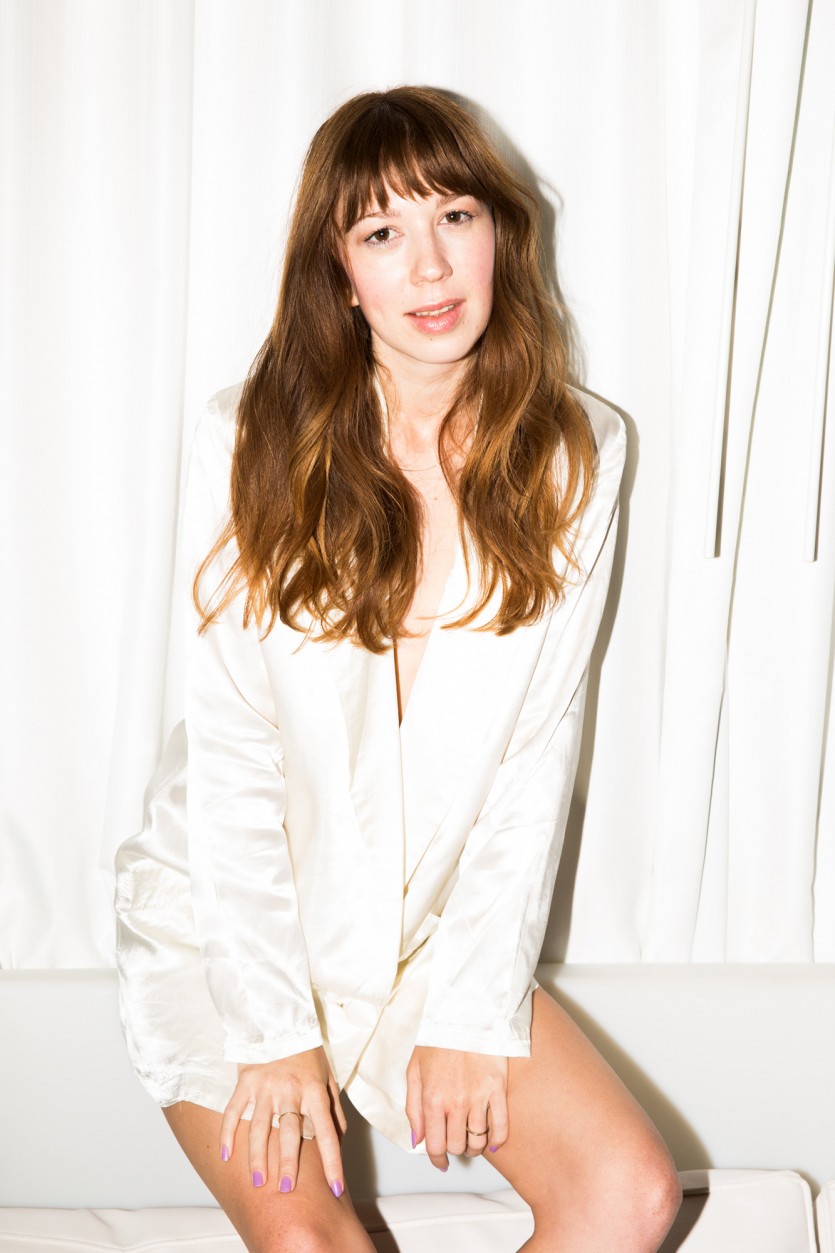 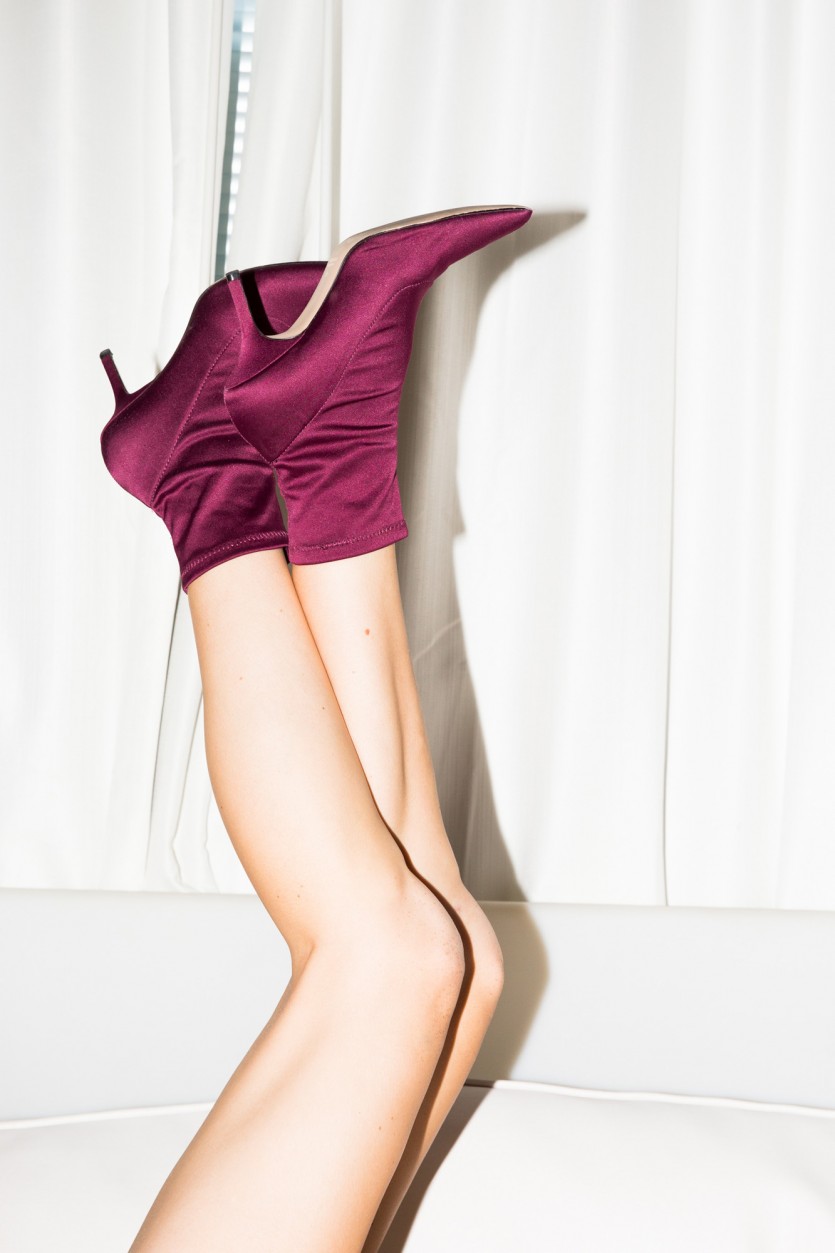 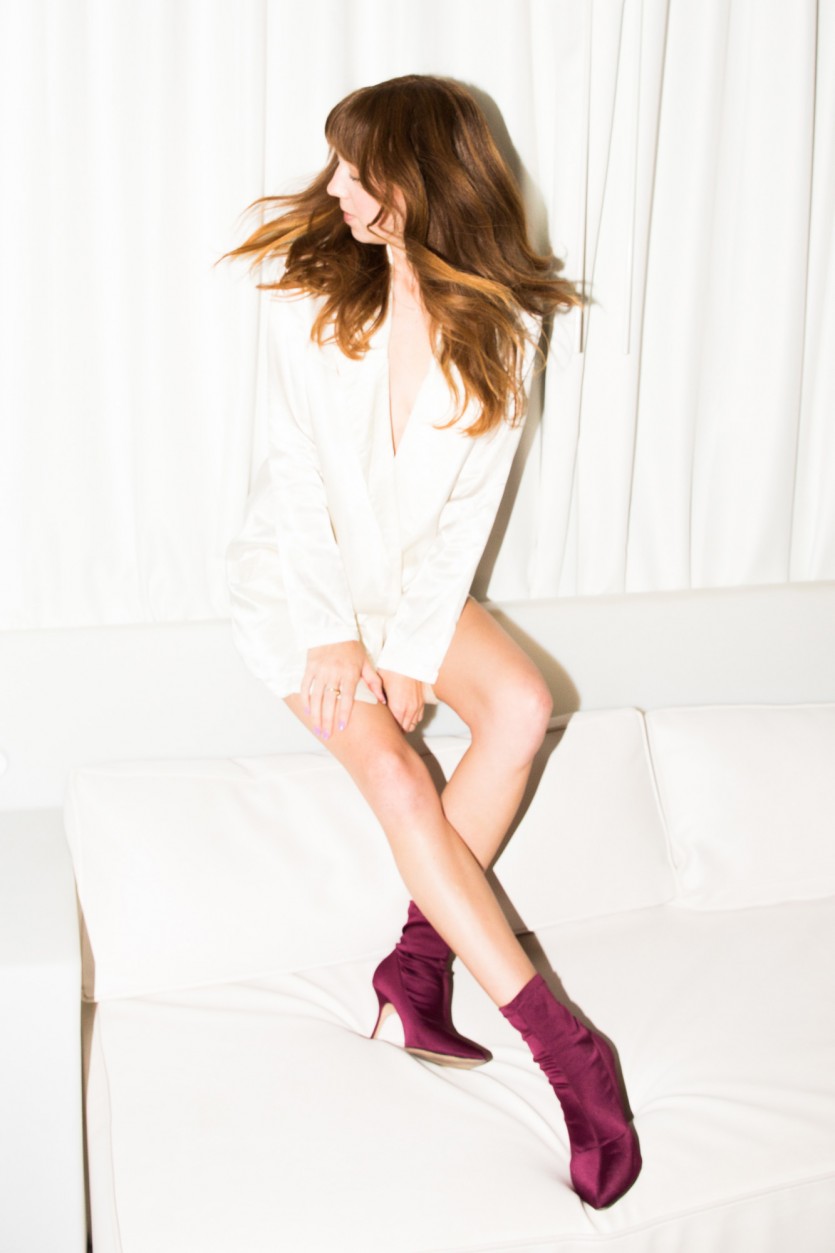 When Vos isn’t working on her music, she’s invested in another passion—being a mother to her two-year-old son. “It’s wild [laughs],” she says of finding a work-life balance. “It’s tough, [but] my family is super supportive. They’re really excited for me to be doing this...so it’s been really easy, actually. [My son] loves music, and he loves coming to shows.”

So how does Vos remain so cool and calm, not to mention healthy? For starters, she always has essential oils on deck. “I have this calm oil from dōTTERA, and it’s a roller,” she says. “I hate being in crowds of people—when I see a crowd of people I just get really overwhelmed. [So] I just get my little roller out and dab it on the back of my neck, and it’s like, no nerves.” As for her pre-show ritual, she relies on coconut water (Harmless Harvest coconut water, to be specific), deep breathing, and her team. “I do a vocal warm-up and I take a couple of minutes to close my eyes and do some deep breathing and focus on what I’m about to do,” she says. “Everyone hugs. Hugs and dancing!” 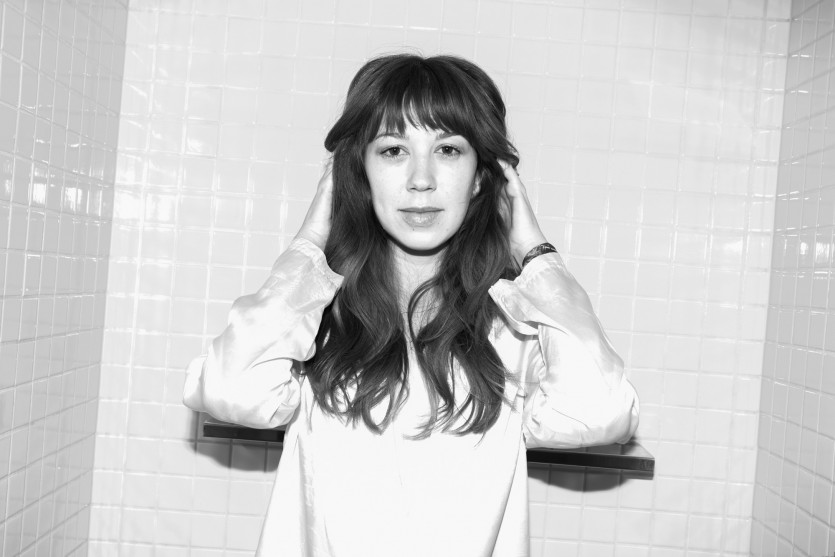 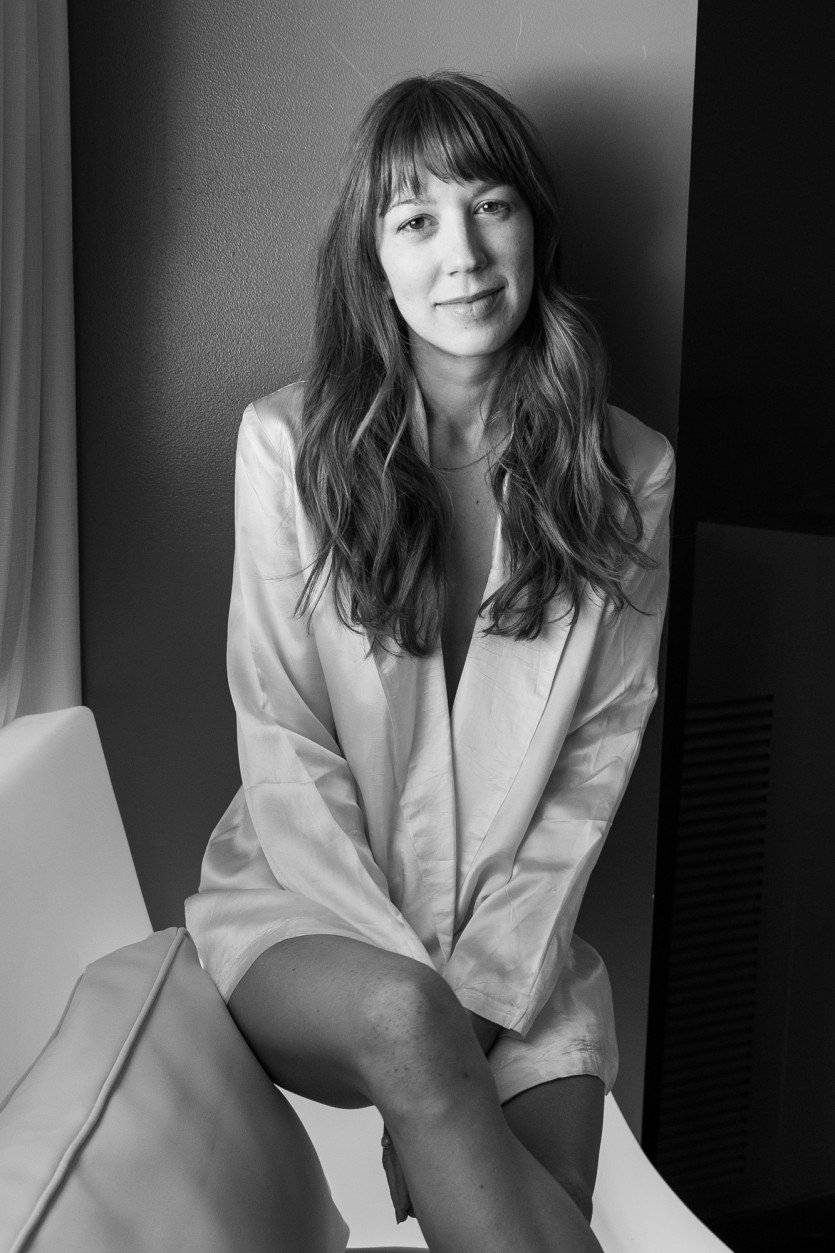 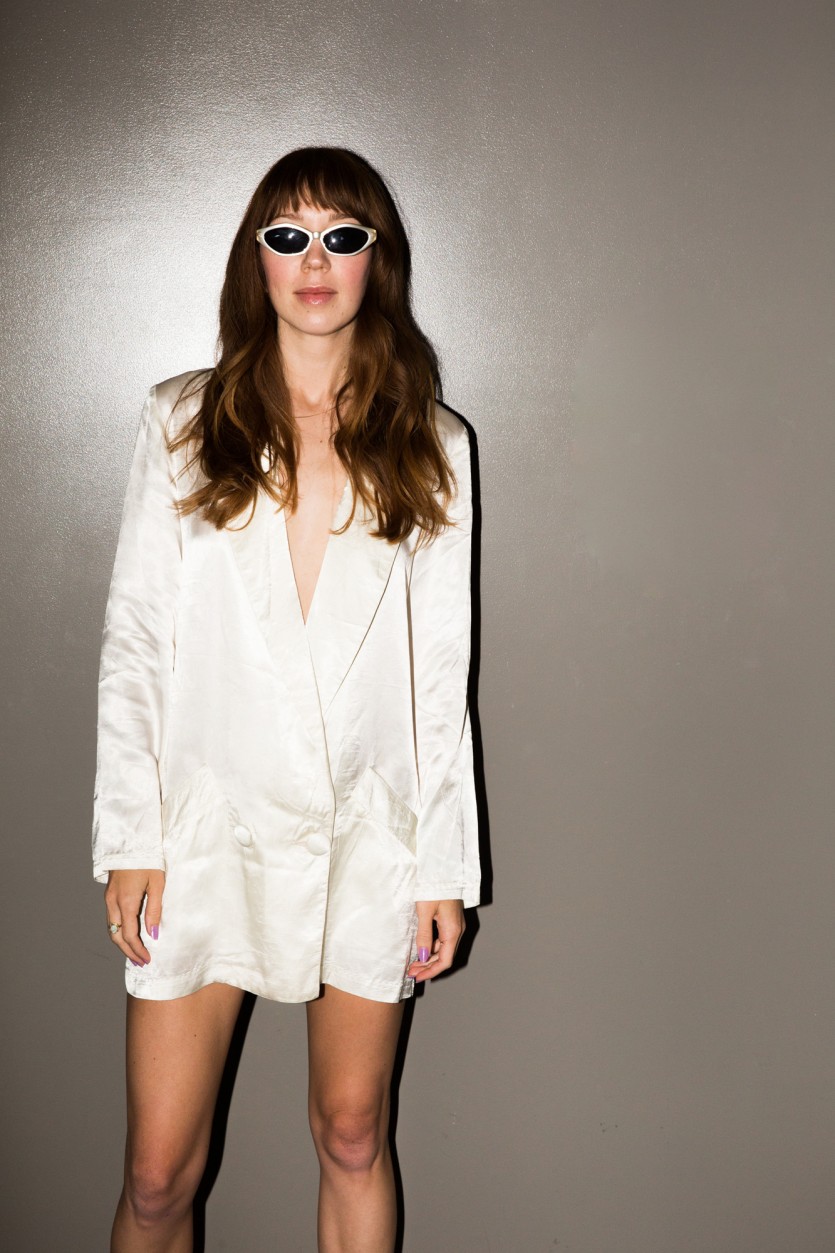 “I wouldn’t call myself a wordy person, but I like to go back and look over my journals from months ago, take what I was feeling in that moment, and try to express that,” Vos says of her songwriting process. “It’s very visual for me. When I read back over my journal, there’s nothing really descriptive happening, but I can see where I was at in that moment, so I just try to describe that.” Considering her music is coming from such a personal place, the singer admitted to us that she gets really nervous—like nervous breakdown type of nervous—before releasing songs. “I wrote [‘Rearrange’] after I had left my first band,” she says. “I realized how much I was always trying to be who they wanted me to be and I was constantly changing myself to fit in. It was really frustrating because no matter what I did, it just didn’t work—I still was just not right in their eyes. I realized I was doing that in a lot of different areas, so writing that song was me mostly realizing how I’ve been changing myself.”

As we continue listening to the music Vos has already put out (please go hit play on “White Noise” immediately), we’re counting down the days until her November album release. “I’m really excited,” she says. “It’s most of the songs that are out already, [including] four or five more tracks. It all goes together. The album’s called Words I Never Said. Every song is me saying something that was really hard to say.” November can’t get here fast enough.

Musician Conner Youngblood Can Play 15+ Instruments
If You Don’t Know Jamila Woods from *That* Chance the Rapper Song, You Will Soon
The Norwegian Singer We're Calling the Next Lorde