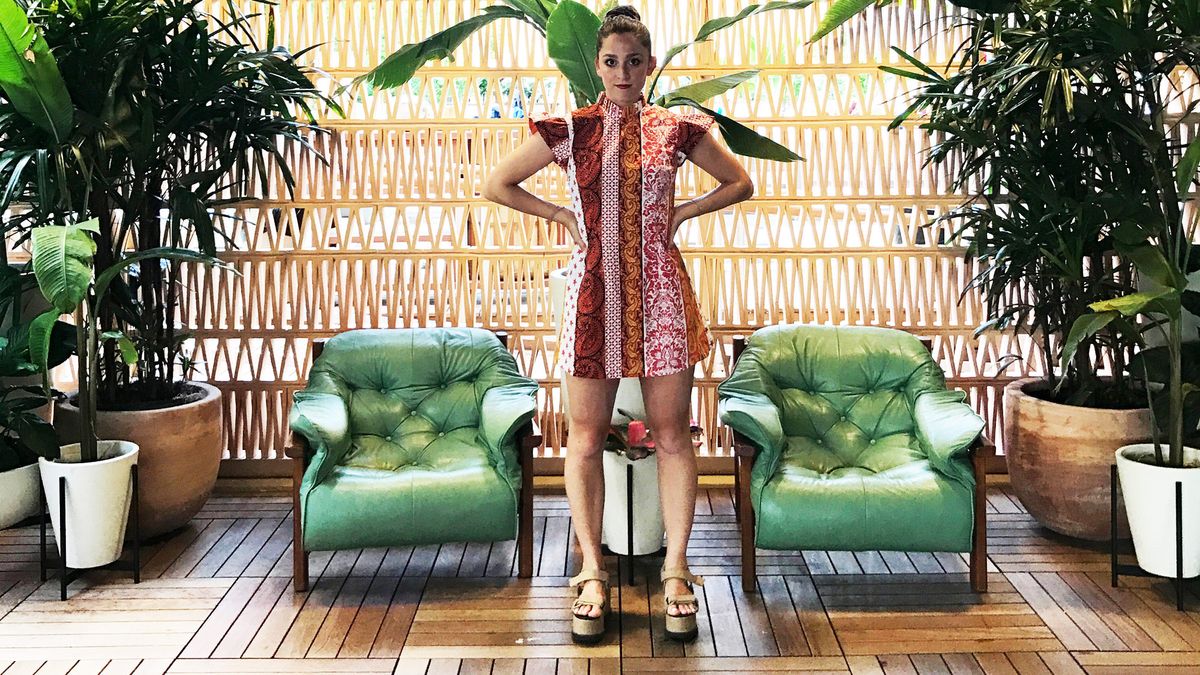 After a Near-Death Experience—I Went to Hawaii

You should reconsider Hawaii, not for your honeymoon, but for you.

I remember the first time I told my dad I wanted to go to Hawaii. I was 11 and I had just seen Rip Girls, the Disney movie about a girl who travels to Hawaii for the first time and learns to surf. I was a lanky preteen from Queens who had fallen down the stairs and broken both of my arms a year prior, but still, I thought I was destined to become a surfer.

When there was an opportunity to travel to Hawaii for work, my dad, who never forgot how much I wanted to go or all the details of his honeymoon, was fixated on me going. A week after, I had sent my parents a text about the trip when my boyfriend called me; he was outside in a car waiting. Before I could even ask why, he leaned over the front seat and told the driver, “Lenox Hill Hospital, please.”

“When is that trip to Hawaii?”

It was maybe the second thing my dad asked me when he woke up, right after he asked, “Did you cancel our dinner reservation for your birthday?” I had already forgotten the date, the dinner, the fact that I had just turned 25. And here was my dad, in a hospital bed with tubes in him and nurses around him, a new aorta, and a scar the length of my arm on his leg where they took the veins. The monitors beeping and the lemonade I bought him tilted and dripping on the floor. It had been 2 days since they told him he had an hour to live. Forty-eight hours since his nine-hour emergency operation. And here he was, awake and alive, asking me about Hawaii and a reservation.

Having almost lost my dad seemingly out of nowhere had me anxious at all times—every time he coughed, every time I saw my mom’s number calling my phone, every time my boyfriend showed up places unannounced. Leaving New York, even for a week, meant leaving him, and I was terrified. But just like how I went back to work 24 hours after his surgery—because he told me to—I went on the trip.

I couldn’t fall asleep in Hawaii, even as I lay in a bed in Honolulu three months after it had happened. When I did fall asleep, my hand was on my chest as if feeling my own heart beat, reassured that my dad’s was doing the same 4,957 miles away. When I was 13, I did this to the right side of my hip. I practically made it bleed thinking about my appendix when I learned my mom’s had almost burst. As she recovered, I sat up every night with my knees in my chest and my hand on my hip, digging into the skin right over where she told me, “it’s right there, but you don’t really need it.” But you really need a heart, and I clutched the chest mine sat in, hard, as I felt my sunburn and my nails and the beating all at once.

Hawaii made me do things I would never have done before. I hiked up Diamond Head and climbed into a fenced-off area just to let my feet dangle off an edge hundreds of feet up. I jumped out of a canoe to climb up a ledge, hold a local boy’s hand, and jump into the ocean. I woke up at 6:00 and sat on the beach alone. I went to bed at 2:00 after lying in the sand. I conquered my fear of heights and became an insomniac. For three months I didn’t want to talk to anyone, and suddenly I was holding on to them, jumping off rocks with everyone who would.

While staying at the Westin Nanea Ocean Villas in Maui, I had a Nanea Ritual at their Spa Helani. When the masseuse told me she was also from New York, I asked how she ended up in Hawaii. She moved here to be at peace after her dad died. That was hard to hear, words that could have been mine. I tried to turn it all off by throwing myself into the ocean and sitting hundreds of feet in the air. I stayed underwater longer and kicked my feet out higher. And suddenly in this small room, with hot seashells pressed on my arms, with this women who I didn’t know and who didn’t know me, I went from feeling everything to nothing to everything again. The wind and the water and my heartbeat. But instead of clutching at it, I finally let it sit.

At The Laylow, Autograph Collection in Waikiki, I spent a lot of time in their restaurant. With art deco decor, it feels like a ’70s time warp, an oasis in the middle of Honolulu. Sitting at their coffee counter even felt like a different time with people taking notes on napkins and leaning over high bar stools to ask how I liked my stay. Most of them had moved from other parts of the country, and I found myself obsessively asking for stories of how they ended up in Hawaii.

Like the masseuse, a lot of people had moved after something traumatic or hard. A complicated relationship that ended or a life lost unexpectedly. Time spent in the military or at an insipid office job. Hawaii is advertised as a vacation, but it feels more like a cleanse. On the surface it’s filled with surfers and sunbathers—which it is!—but it’s also filled with all these people who found their peace on an island 2,390 miles from mainland U.S. My dad didn’t mention that part.

The day before, I was in the ocean at Waikiki on a perfectly sunny summer day when it started to rain. It was a sun shower, but I felt the need to get out of the ocean. As I was making my way to the sand, I noticed everyone was completely unaffected and still smiling even. So I decided to stay. I don’t know if I’d ever felt so at peace, in the ocean while it was raining, thinking about everything—my heart and his. This trip, the stories. The rain during the sun and the sun after the rain. Hawaii.

I’m Proud of the Jobs I Didn’t Get and the Times I Cried in Public
Prince Let My Mom Backstage, and Oscar de la Renta Sang to Her
How I’ve Managed to Date Only One Boy for 10 Years