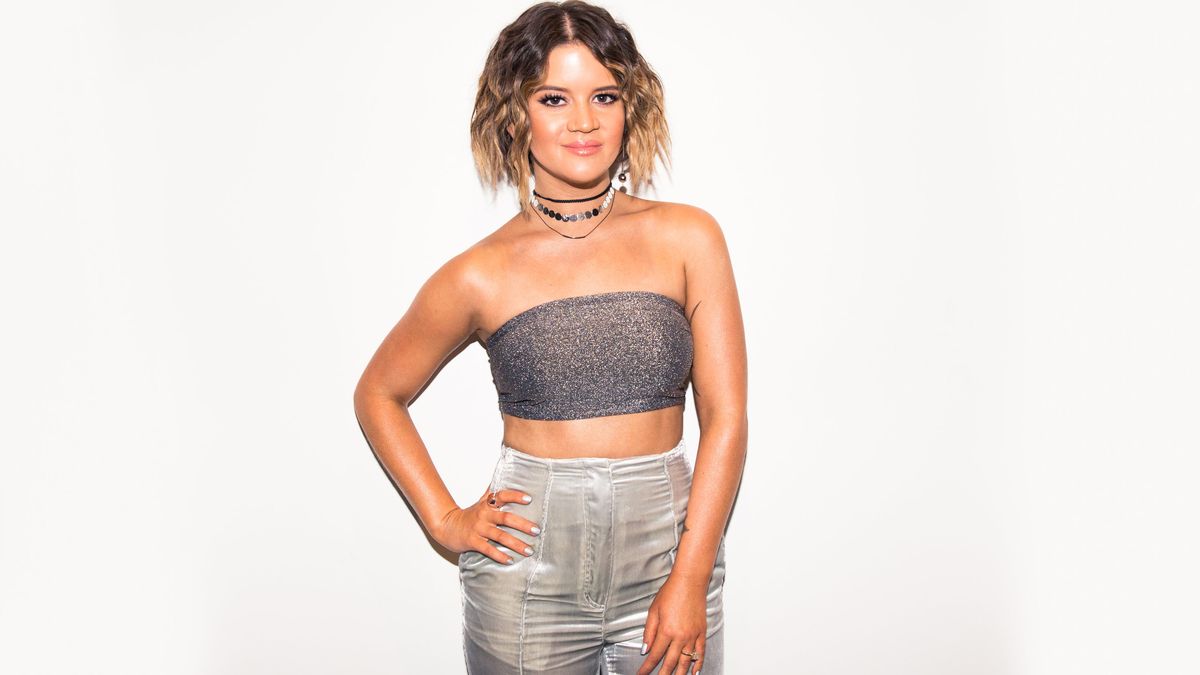 This “country” singer is about to be ev-er-y-where.

It didn’t take long for me to become a Maren Morris fan—in fact, all it took was a single song. As I listened to “80s Mercedes” at this year’s CMA Fest, I bounced up and down to the tune, feeling an urge to download all the singer’s stuff. Somewhere mid-performance, it was my boyfriend who turned to me with what I *thought* would be my headline. “She’s like the Selena Gomez of country music,” he yelled above the crowd. But, as it turns out, Morris is someone else entirely.

In person, she’s kind of like that cool popular girl—one with a Tom Ford bag, a gift for words, and, oh, a Grammy. She’s also someone who refuses to stay quiet when a tragedy strikes: The 27-year-old’s powerful song “Dear Hate” was recently released in response to the Las Vegas shooting.

Maren clearly has too much going on to be compared to anyone else, even though she says she welcomes the comparisons. Read on for exactly why you should start following the singer, including how she met Niall Horan and what she thinks of Taylor Swift.

I recently spoke to Matthew Ramsey, and just like him, you started out as a songwriter:

“I’ll always be a songwriter first, I believe. Moving to Nashville five years ago, and getting my start in the songwriting realm instead of just performing and trying to get a record deal, I think it gave me such a great space of how to form an opinion and put it into structured words. There’s a respect that I have for people that can do that and do it authentically and originally. I really [had] no intentions of being a star—I just wanted to be a great songwriter, and I got to learn from the best writers in the world that still live in the city. After some time, I got my feet underneath me and had something to say, and eventually that culminated into me writing my own album.”

Is there a singer-songwriter that you look up to in the industry?

“In our genre, specifically, I’ve always looked up to Dolly Parton. I just love that she came out in the late ’60s and ’70s and had her sights so high and wasn’t afraid to cross over into other genres. She wanted to make her music available to everyone, and I love that she doesn’t rely on her appearance to get her point across. She was always so beautiful and very out-there, but she knew she was smart as a whip, and she wasn’t going to try to play dumb to make someone feel more comfortable in her presence. And I love that the songs that she’s written in her career are so emotional and beautiful. She’s written some of the most beautiful songs in all of history. She’s always been someone I look up to as a songwriter and as a woman.”

Do people ever compare you to other artists like Taylor Swift? What are your thoughts on that?

“I certainly welcome it. I don’t think they’re comparing our sound, but I think they see in Taylor [that] she’s always been great at blending genres and still making her own sound out of it. You can’t really place her in one category or the other—she’s sort of just an all-encompassing, really great musician and songwriter, so I’m always really flattered when people compare [my career path] to her career path, because I grew up listening to everything. It started with country for me, and I think I’ll always be a country artist, but I also don’t like that mentality of boxing a young artist in so early on. It doesn’t leave you much freedom to go anywhere else. Probably the other comparison I get sometimes is Sheryl Crow. At a time where the genre of the moment was like, grunge-y, she came out with this kind of badass rocker but still pop-mentality music. She just couldn’t be defined, and so she’s another woman I’ve looked up to for a very long time, just because she wrote amazing songs that are still relevant today.”

And next year you’re going on tour with Niall Horan, right? Are you excited about that?

“I like that, out of any of the other [One Direction] boys, Niall—and maybe it’s like, an Irish background thing—but there’s a country quality to him, and I think there’s a large group of people in Ireland who really do love country music. When he found my music on Spotify, it was just a really organic way of becoming a fan of somebody. It was super flattering. And then he asked me to be a part of this song that he had written called ‘Seeing Blind,’ so several months back I did a duet with him on that. Then it turned into this tour being formed. It all moved pretty quickly, but it’s so cool to be a woman in country and going on this kind of pop/alternative guy’s tour next year, and opened up to a completely different audience. I think it’s going to be really, really fun.”

I also wanted to talk about your crop tops. Is that sort of your style, high-waisted pants and a crop top?

“I just feel comfortable in that type of ensemble onstage. I’m a very petite person—I’m 5'1—so over the years, working with stylists and like, wearing every type of outfit, you figure out what looks good on your body. For me, because I’m so short, I love to elongate my legs. High-waisted, wide-legged pants—I’m a fan of anything ’70s, so I’ve always loved wearing those onstage. The crop top is like, I still want to be able to feel sexy and show some skin, and I’m really proud of my body at this point in my life. I work hard on it. I feel the most myself [wearing one].”

Your bandmate got married at Madison Square Garden the night of your show. You’re currently engaged to Ryan Hurd. Would you ever do something like that for your wedding?