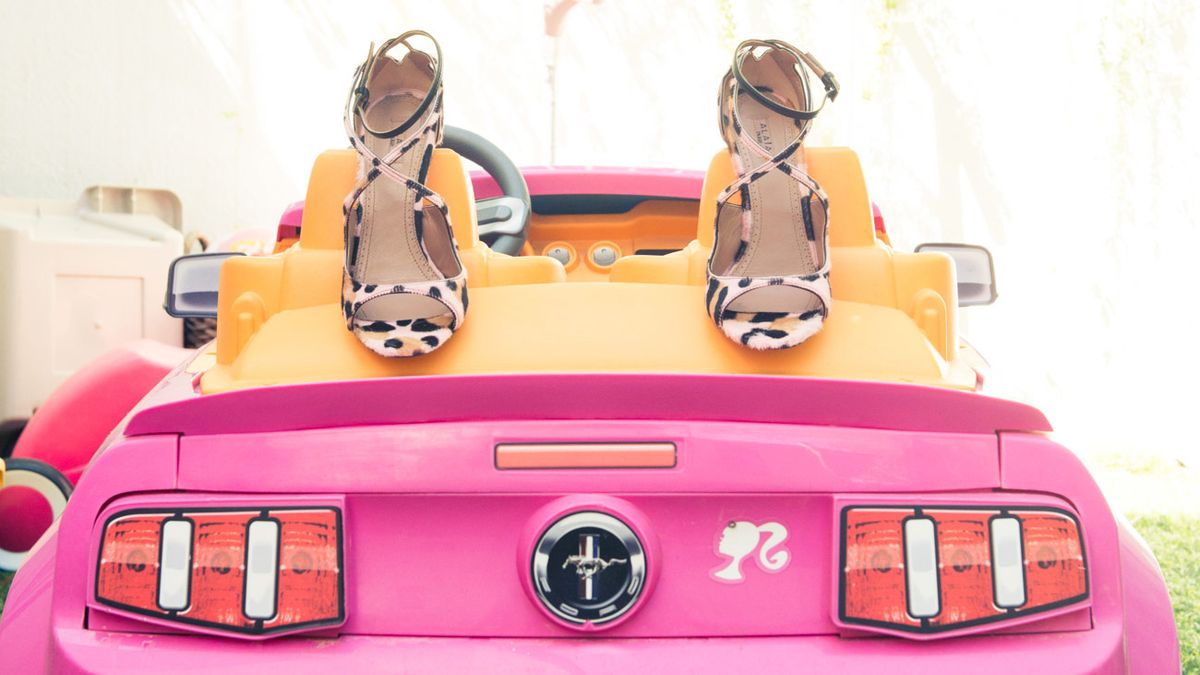 It Took Me a Solid Decade to Pass My Driving Test

Eminem’s “Lose Yourself” plays over and over in my head—her knees weak/palms are sweaty/there’s vomit on her jumpsuit already. I’m inside a decade-old déjà vu, parked in the back of a sad strip mall, my wheels perfectly positioned between the yellow lines (confession: my boyfriend parked for me when the staff weren’t looking). I’ve parked in this same spot before. Four times, if we’re counting.

My examiner stands in front of the car to check the lights.

I hit the windshield wipers.

I try to turn them off. They go double-speed.

“I’m so sorry, I’ve never driven this car before!” I yelp (I’ve driven the car for over a year). He opens my door, leans in over me, and snaps the wipers off.

I am not a good driver. (Buried the lede there, I know.) I used to joke that if I had a reality show, they’d call it Keeping Up with the Car-smashian—in the past 10 years, I’ve had two rounds of driver’s ed, one intensive driving session with a police officer, and still have three failed road tests under my seat belt. A few highlights of my NASCAR career: One time, I turned into oncoming traffic in front of my entire extended family. Another time, I got my parents’ SUV lodged so deep in a snowbank it took two hours and three neighbors to haul it out. And in one of my finest moments, I tried to turn out of a parallel park and plowed into the car in front of me, reversed, then plowed into it again (and it turned out a woman was IN THE CAR).

I could go on, but will not in case this article is pulled up as evidence in some future courtroom.

Jokes aside, getting my driver’s license has been one of the most difficult things I’ve ever done. I’d resigned myself to a lifetime of passenger seats, Vespas, and waiting on Elon Musk to get his shit together—aren’t we two years away from fully autonomous cars anyways? Hasn’t the number of young adults getting their driver’s licenses been in steady decline since 1983? And wasn’t this whole 2017-Cher Horowitz thing kind of endearing?

Shockingly, the people sick of shuttling me around while I ate breakfast sandwiches and “navigated” (read: turned on Google Maps and fell asleep) didn’t agree with this rationale. So as my license-ectomy loomed—the expiry date, after which I would have to go back to the beginning of the process with the 16-year-olds—it was time to get back in the driver’s seat. (In Ontario, there’s a graduated licensing system: G1 [the equivalent of a learner’s permit], G2 [a preliminary road test], and G [a final road test for your full license].)

After an agonizing half-hour of borderline grandmotherly driving, I pull back into the parking lot, ready to accept my fate (and cry a little bit). I’d hit the curb on my parallel park. I hadn’t gotten up to speed on the on-ramp. And then there was the whole windshield-wiper thing. The examiner turns to me.

“How fast do you need to be going before you merge onto the highway?”

“What are you supposed to do before you change lanes?”

“Show me the left signal.”

I flick it on.

“Alright. You made a lot of errors. But you passed.”

“You passed. Go inside and get your license.”

I couldn’t believe it. Had they made a mistake? Should I speed away like that old IKEA commercial (“START THE CAR!”) before they change their mind? I give my boyfriend a weak thumbs-up from the car, and his mouth drops open in disbelief.

But when I get out of the car, legs quaking like a crème caramel, I notice my sweaty palm prints are perfectly positioned at ten and two.

When Should You Start Thinking about Freezing Your Eggs?
The One Thing That Should Be Off-Limits When We Talk about Trump
How 5 Successful Women Start Their Workdays