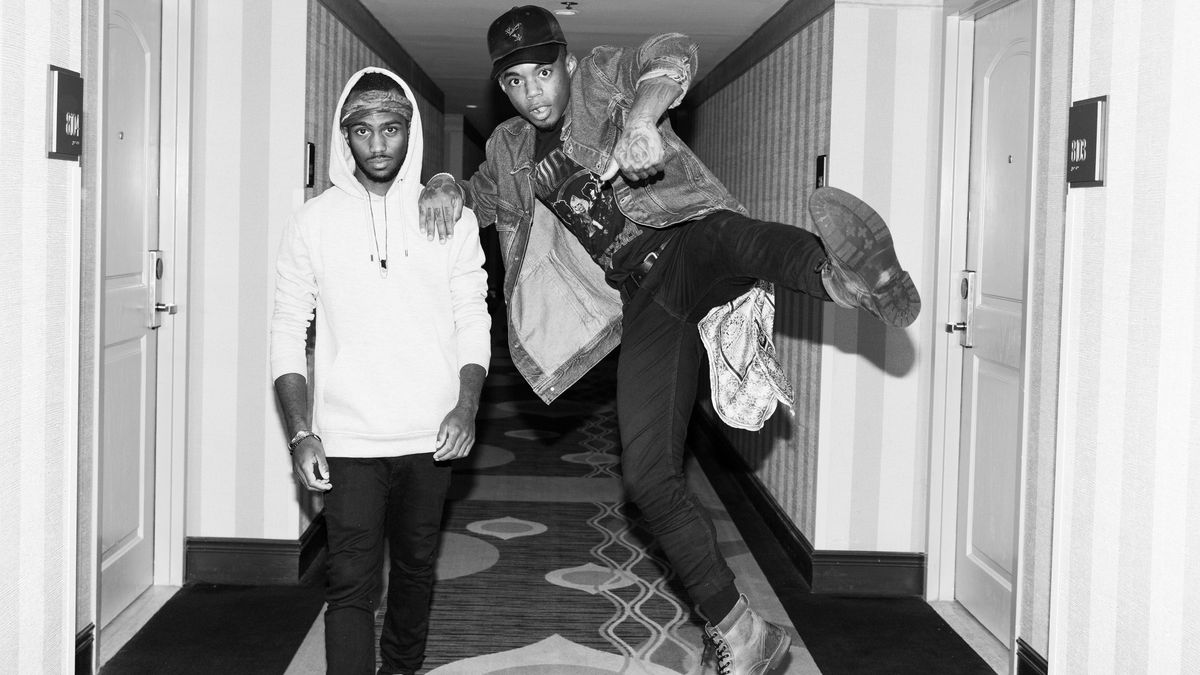 We hung out with THEY. as they got ready for their performance at the Life Is Beautiful festival.

Typically, what we’ve seen in our historied pre-gaming sessions is a frenzy of stylists putting together umpteen looks, hairstylists flailing hot tools, and makeup artists going at the talent’s face from every possible angle. But this could not have been more opposite from the atmosphere at R&B duo THEY.’s suite ahead of last weekend’s Life Is Beautiful festival in Las Vegas. The duo, comprised of Drew Love and Dante Jones, got ready in separate rooms of the hotel and were the most chill ever.

We first hung out with Dante, who, after picking out his outfit (a casual hoodie and jeans), turned on a quick wrestling video—apparently this step is always part of his pre-show ritual—and followed it with some meditation. On the other side of the hall, in Drew’s room, we found him hanging out, lollipop in mouth. Turns out he isn’t one for a routine; getting ready involves throwing on an outfit, adding some accessories, and calling it a day.

Click through the below gallery to hear about what they learned from touring with Bryson Tiller, what’s on their rider, and their first major fashion moment.

1 / 21
Drew Love: “I came out to L.A. as a songwriter first [and Dante] was already out there doing production—he had a Grammy under his belt. I instantly noticed how different he was than most producers that I had worked with. After that, I decided to hit him up one day [and] was like, ‘We should make a run at this as a group.’ We did it and never really looked back, and now here we are.”