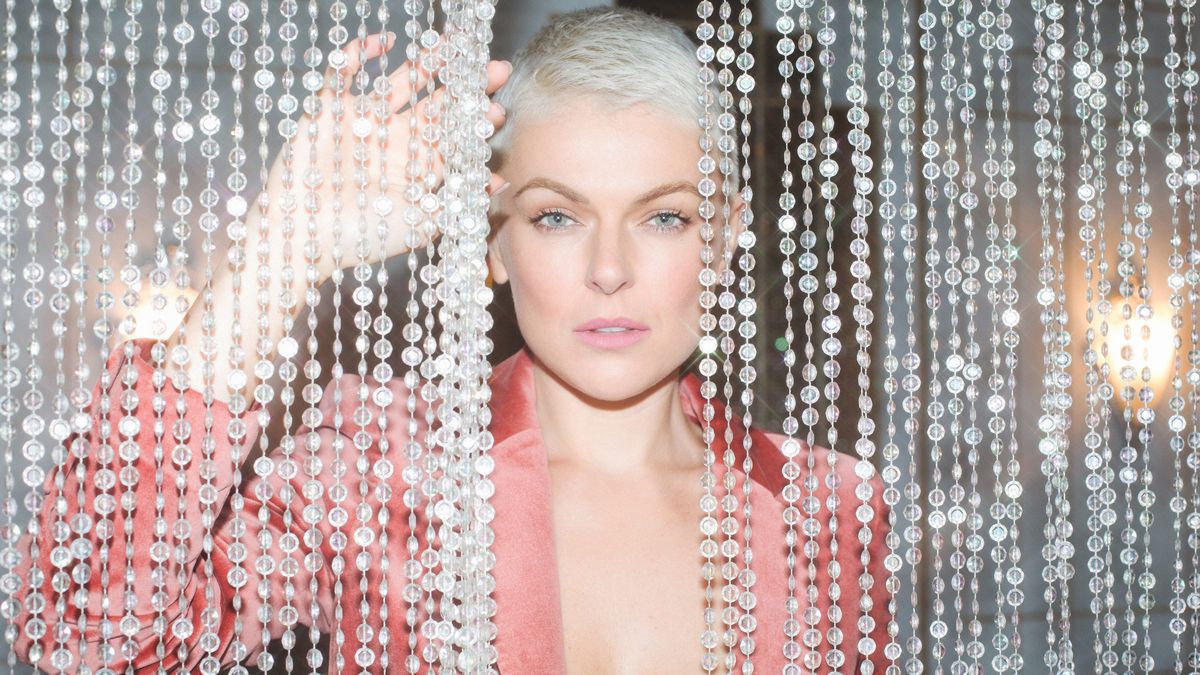 Inhumans’ Serinda Swan Told Us the Crazy Story Behind Her Name

It was originally supposed to be Belinda.

If we had to pinpoint someone with the best job ever, Serinda Swan would be pretty high on our list. For starters, she’s already worked with Dwayne “The Rock” Johnson on HBO’s hit show Ballers. But these days, she’s mostly spotted wearing a long red wig, playing the powerful queen Medusa on Marvel’s Inhumans, premiering this Friday on ABC.

We sat down with the actress at Dear Irving to find out what we could about the show—which revolves around a superhuman family forced to move back to earth—along with the real reason Serinda shaved her head, and what it was like to meet Game of Thrones’ Ramsay Bolton, aka her co-star Iwan Rheon.

Did you have to train and learn how to fight for this role?

“I get a lot of violent roles, but this one in particular was more learning how to fight with imaginary hair [as Medusa]. That was interesting, learning how to differentiate between when your hair just picks something up and when your hair fights. If it was a fight, I would do it first with my arms to see how my body would support it. If it was a strangle, I’d drop my arms and do the exact same movement just with my head, my neck, and a bit of my body. It sounds really professional, but it was a lot of hours of staring myself in the mirror and making ridiculous faces. Then just laughing my ass off and being like, ‘This is the weirdest job in the world.’ I am so happy I have it, but I’m also happy nobody can see this process.”

What’s the story behind shaving your head?

“When I first auditioned for the role, they said, ‘Just so you know, this role has to shave her head at some point this season.’ I’ve actually always wanted to shave my head, and I had a photograph in my phone where I’d photoshopped my face on Natalie Portman’s shaved head because I wanted to know what it would look like. When I got the role, I was like, ‘Oh God, Natalie Portman has a really cute head.’ I called my parents, and was like, ‘Dad, Mom, did you drop me, scar me, leave me on my head too long? Do I have a flat spot? Do I have a cone? What’s going on?’ And they were like, ‘No, you have a fine shaped head…but good luck!’ I had to hide it for six months, because obviously it’s a plot point, so I had to wear a wig.

“Every single photograph since March is a wig. Everything. It was commitment, and wigs are not easy to wear. You feel fake in them, and self-conscious because you wonder if people notice. There are two different stigmas that they go into—one, medical, or two, that you’re being fake in some capacity. I have a new appreciation and a lot of sympathy for women that are going through anything where they have to deal with that. On top of having a medical condition, it’s a huge weight to carry as well.”

Was it your choice to dye it this color?

“It’s been red, but the blonde was my choice. I actually shaved my head before Cara Delevingne did, and Kristen Stewart did, and Katy Perry did, but I couldn’t show anyone. Like Kate Hudson just shaved her head. I was like, ‘Oh God, this is so bold.’ Then, all of a sudden, all of these girls started doing it. At first I was like, ‘Oh, this is awesome! There’s a crew!’ Then, with my plan to dye it platinum, I was like, ‘The whole crew’s now shaved their head and…oh, they’re all going platinum. No!’ I did a carpet the other day for the premiere, and somebody was like, ‘Oh, I love how you’re doing the Katy Perry.’ I was like, ‘Yes. Sure. I am. Ok.’”

Game of Thrones’ Ramsey Bolton is also on the show with you!

“Iwan [Rheon] is an incredible actor. I just started watching Game of Thrones and I just got to his season. I have to fast-forward it. He’s a horrible, horrible human being. Whenever he comes on, I’m like, ‘Nope. Can’t watch you. I love you, but I can’t watch you.’ He is so horrifically mean, but I love that I got to meet him in reverse because most people watch it, then meet him. I know him as like this incredibly lovely human being that is so talented, and his lovely lady, Zoe, is just the sweetest. And now that I’ve watched Game of Thrones, I’m like, ‘I don’t know. I don’t know if I want to hang out with you…’ I know that he obviously gets off the show, but I haven’t got up to that part yet. I’m like, ‘I would never normally root for you to die, but I’m rooting for it at this point. Your character. You’re so good at being horrible.’”

Is there a special meaning behind your name?

“It’s an ancient Tibetan musical wind instrument. It’s kind of like a flute. My grandmother had a dream that my name was supposed to be Belinda. Then, my mother was driving, and there was a song on the radio, which she thought it was the most beautiful song ever. They said, ‘That’s one of the only recordings in history of the Serinda.’ She went, ‘That’s what it is! It’s not Belinda. It’s Serinda.’ So I came out as Serinda, which I’m still to this day…‘Thank God I wasn’t like a Kazoo, or a Tuba.’ I’d be like ‘Hi, I’m Tuba Swan, or like Xylophone Swan, really nice to meet you.’ I lucked out.”

Can you tell me about your dog, Buddha?

“I’m always known as Buddha’s mom wherever I go. He has like, his own famous friends, like Manny the Frenchie, and they have famous playdates. I’m like, ‘Buddha Swan! You are so cool. You’re your own little like, Instagram influencer!’ I remember I was going into a meeting for something, and they wanted to see my dog. So obviously, I pulled up his Instagram, and as I was passing it over, I realized like, ‘Oh my God, you are three minutes into your meeting and you are establishing yourself as a person who has a dog Instagram.’ I tried to take it back as I was going, and was like, ‘Let me find a different picture,’ and they were like, ‘No, no, no, this is fine.’ I was like, ‘Shit! Shit! I am the dog Instagrammer. I am her.’ But he’s pretty fabulous. I love it.”