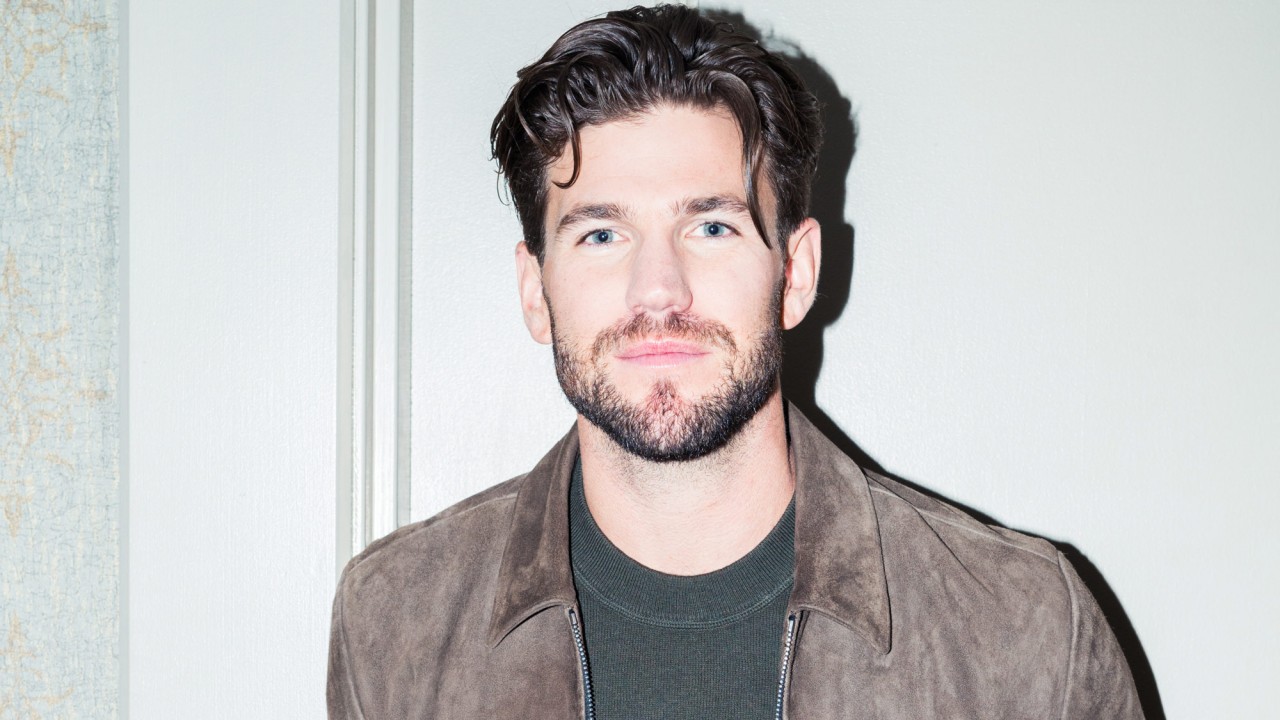 Plus, what it was like filming Battle of the Sexes with Emma Stone and Steve Carell, and the life advice he learned from Billie Jean King herself.

All it takes is ten minutes with Austin Stowell in a downtown Toronto hotel meeting room during TIFF to get a sense of exactly what it was like on the set of his new film, Battle of the Sexes, out September 22: fun! With a cast packed with actors including Emma Stone, Steve Carell, and Sarah Silverman, how could it not be? And Stowell carries that same energy. It also had to do a lot with the subject of the film, Billie Jean King, and her legendary tennis match against Bobby Riggs in 1973—a story of empowerment, determination, and finding happiness. We sat down to talk with Stowell about filming the movie, the life advice he learned from King herself, his most embarrassing moment on set (we had to!), and what his real-life tennis skills are like. 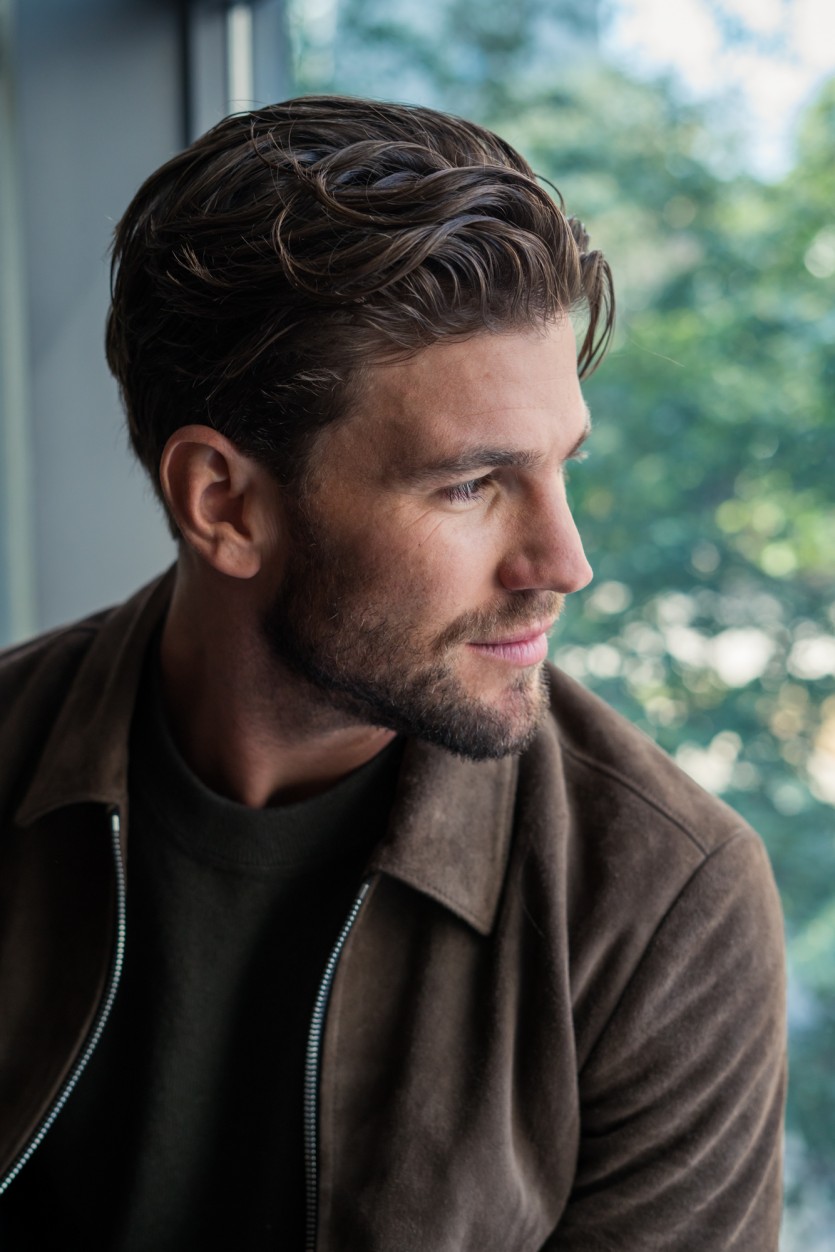 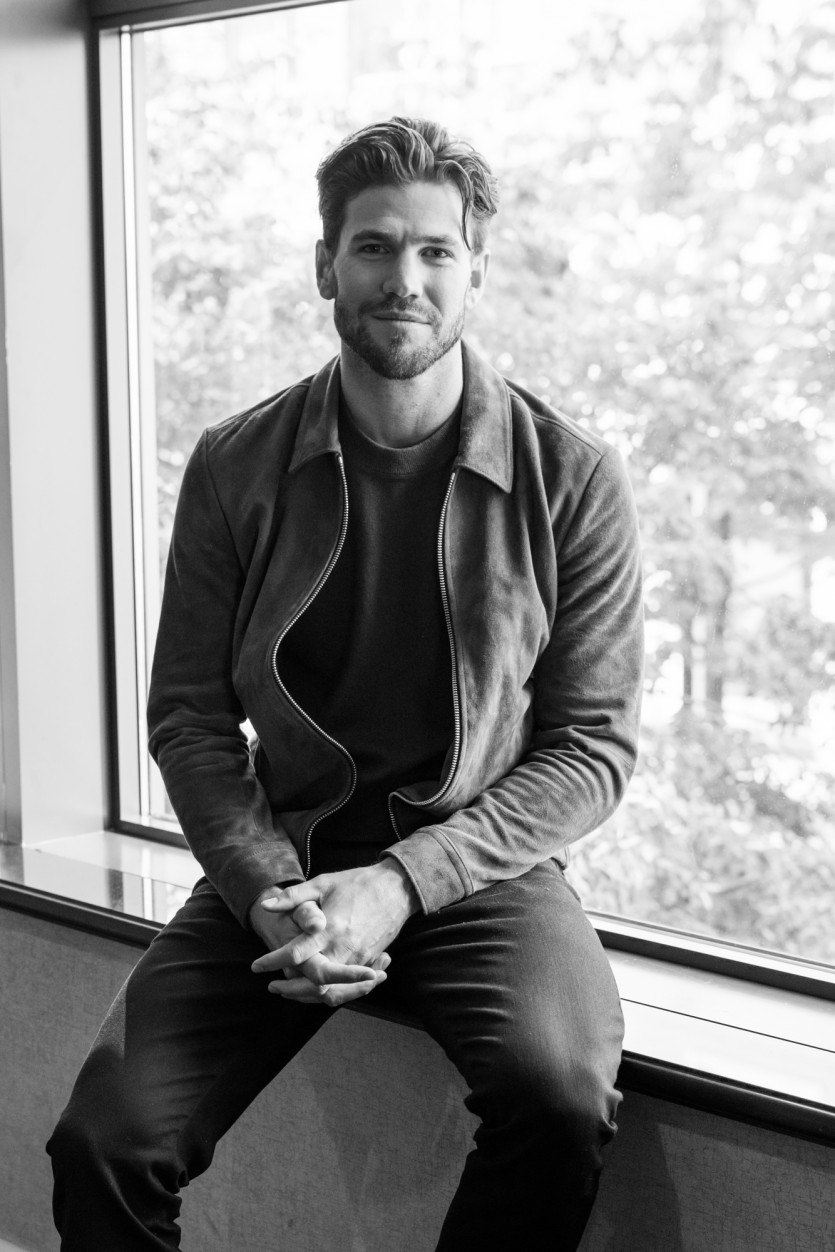 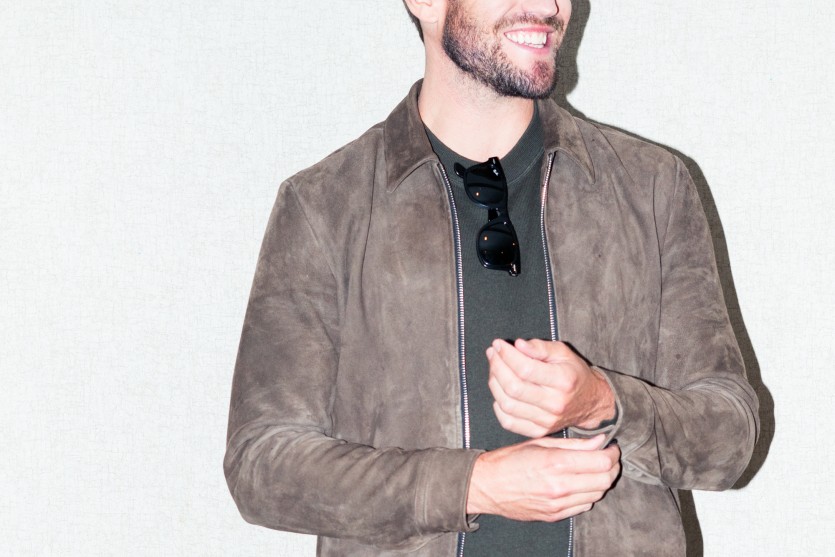 Coveteur: What was the first thing you thought of when you read the script?

C: And how was the vibe on set?

AS: “I became aware of a new tradition. When you shoot the hundredth reel on film, it’s an old Hollywood tradition to have a champagne toast, and so I was fortunately there that day. [We got] to have a glass of champagne on set. I was feeling quite posh.”

C: Interesting, I didn’t know of that one! What sort of reaction do you hope for from the audience?

AS: “I know what my reaction was—I was just in awe of this woman and her accomplishments. The amount of dedication that she had to tennis and to be the best champion that she could be, not only on the court but as a human being as well. She’s just a phenomenal human being, and I’m really fortunate to have gotten to know Billie Jean personally. It’s so easy to see why her story has lasted this long. She’s magnetic. You love being around her. You feel better about yourself when you’re with her, and you wonder how she has the energy. I’d be exhausted [laughs].” 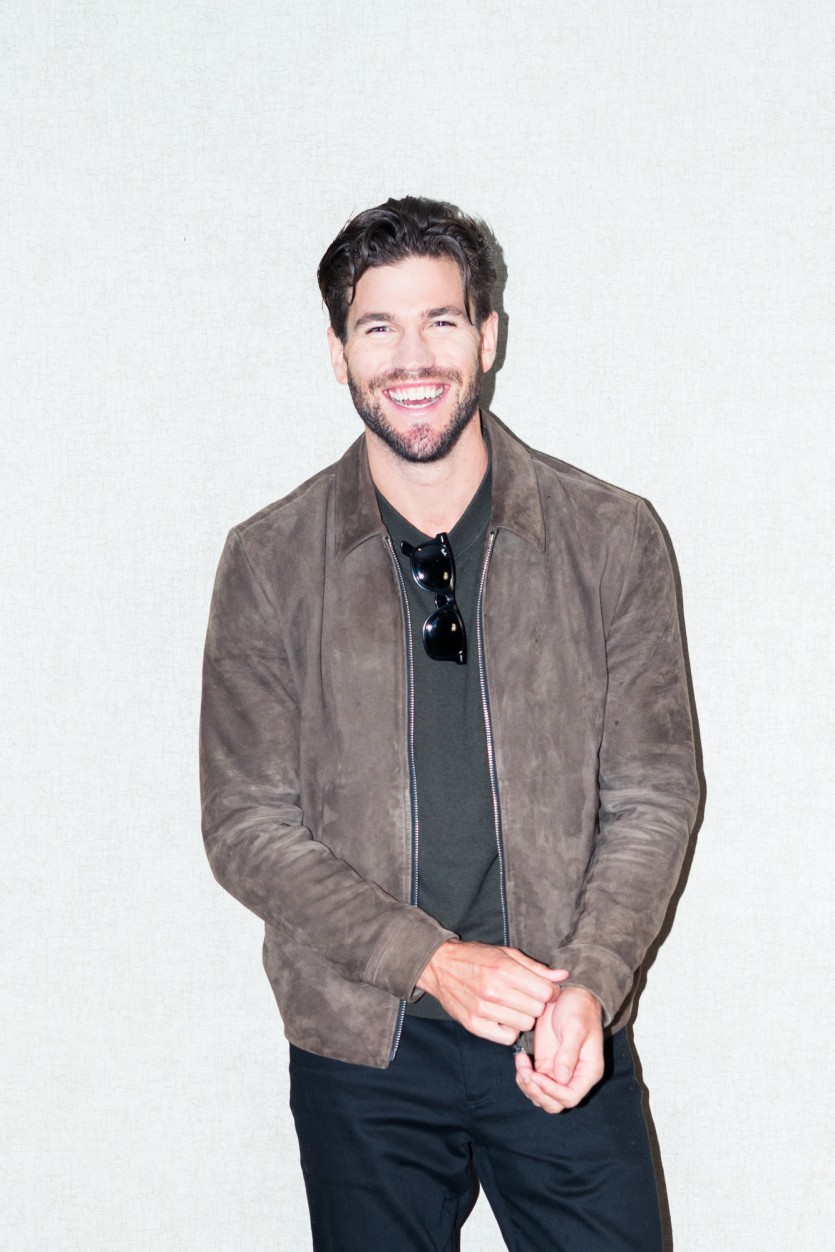 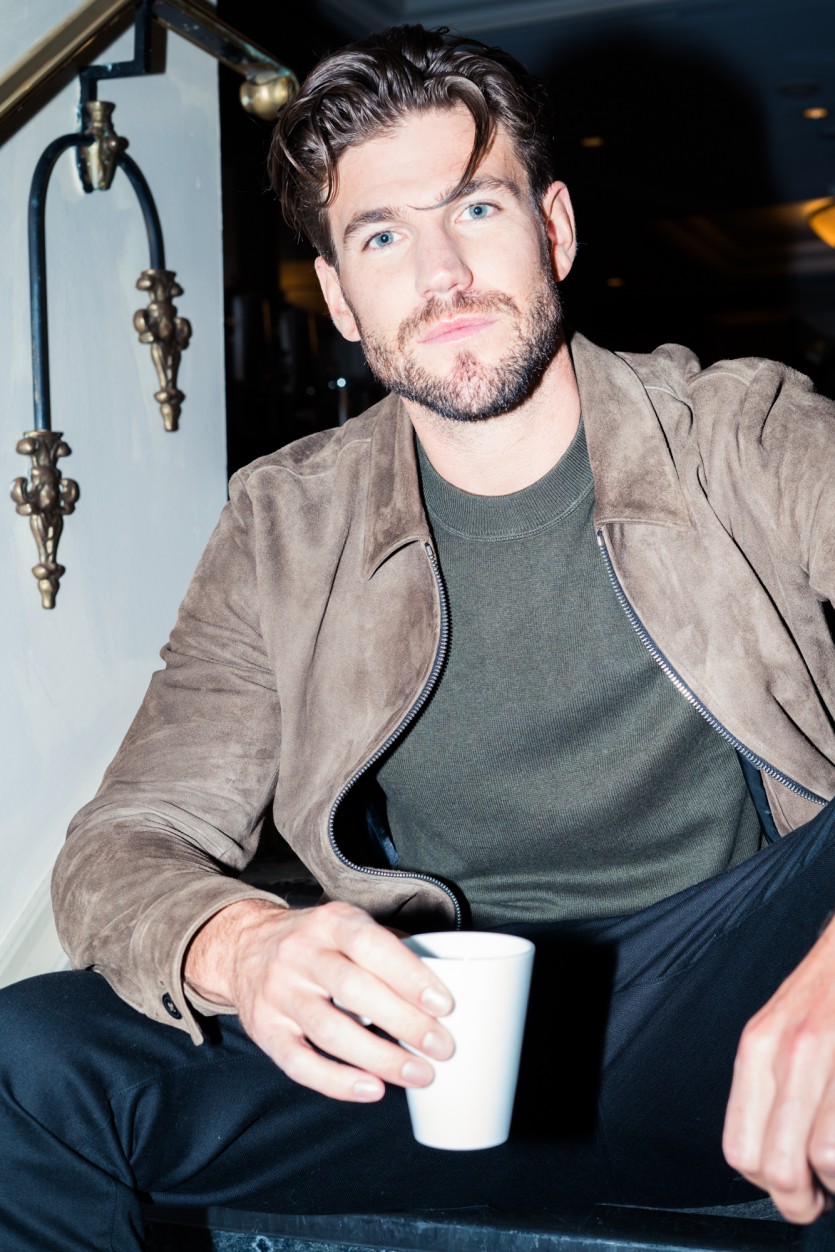 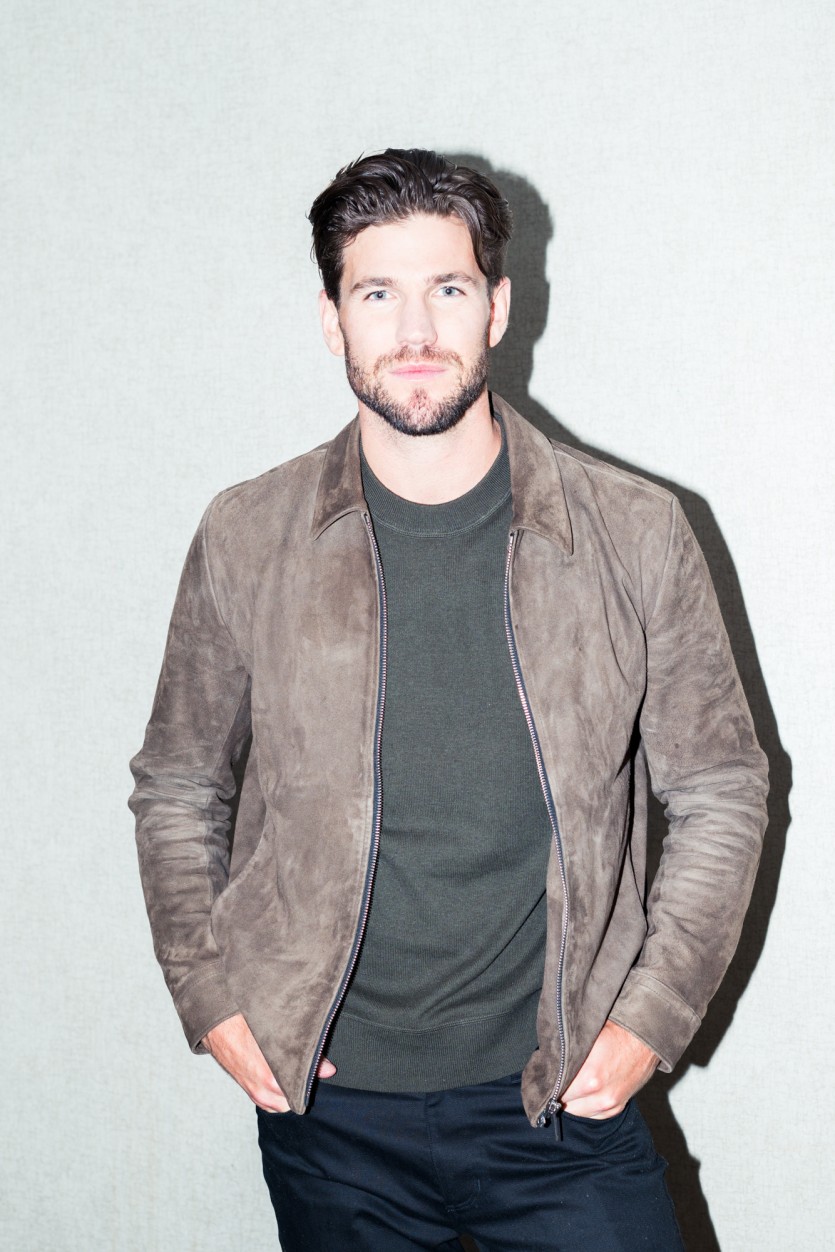 C: Did she give you any life advice?

AS: “I read her book, and it’s incredible how somebody like that is willing to share their strategy and their approach to life into their craft—hers being tennis. She’s always relating it to everybody else. It doesn’t matter who you are—if you’re a construction worker, teacher, lawyer, athlete, musician, whatever you’re doing—her advice correlates to each one of those professions. She puts it all in very simplistic terms, and it makes you feel like, ‘Duh! Why? Of course...’ They’re easy steps to follow, but of course we get caught up in the rigamarole of daily life, and being stressed out about this, that, and everything else. Why not take a step back to enjoy our accomplishments, to listen to others, and to give yourself fully to whatever it is that you’re doing—that way you’ll live a much more happier life. She’s a happy lady. You just see what a fulfilled life she’s living. It’s because she listens to her heart, she’s honest, and she is open and out there for everybody.”

C: Did you ever have an embarrassing moment while on the job?

AS: “God, I was so nervous! It was when I was on The Secret Life of the American Teenager and I came from theater [laughs] and got hired to do my first TV show. Man, was that a crash course in how acting for the camera works, where constantly the director is working with us or [saying,] ‘Okay, take it down a little bit! You’re screaming!’ I was used to projecting to the back of a room and doing wide gestures, but [film acting is] about subtlety and about acting with the eyes and letting it happen internally. Anyway, the embarrassing part was that I was so nervous to the point where I could barely eat. So during the scene, we’re eating french fries and on the first take I practically choke on this french fry because my mouth won’t work to say words and chew. I’m thinking about everything and the camera. There was just so much happening and finally they go, ‘Alright, just get rid of the fries!’ I just couldn’t do it. [Laughs]” 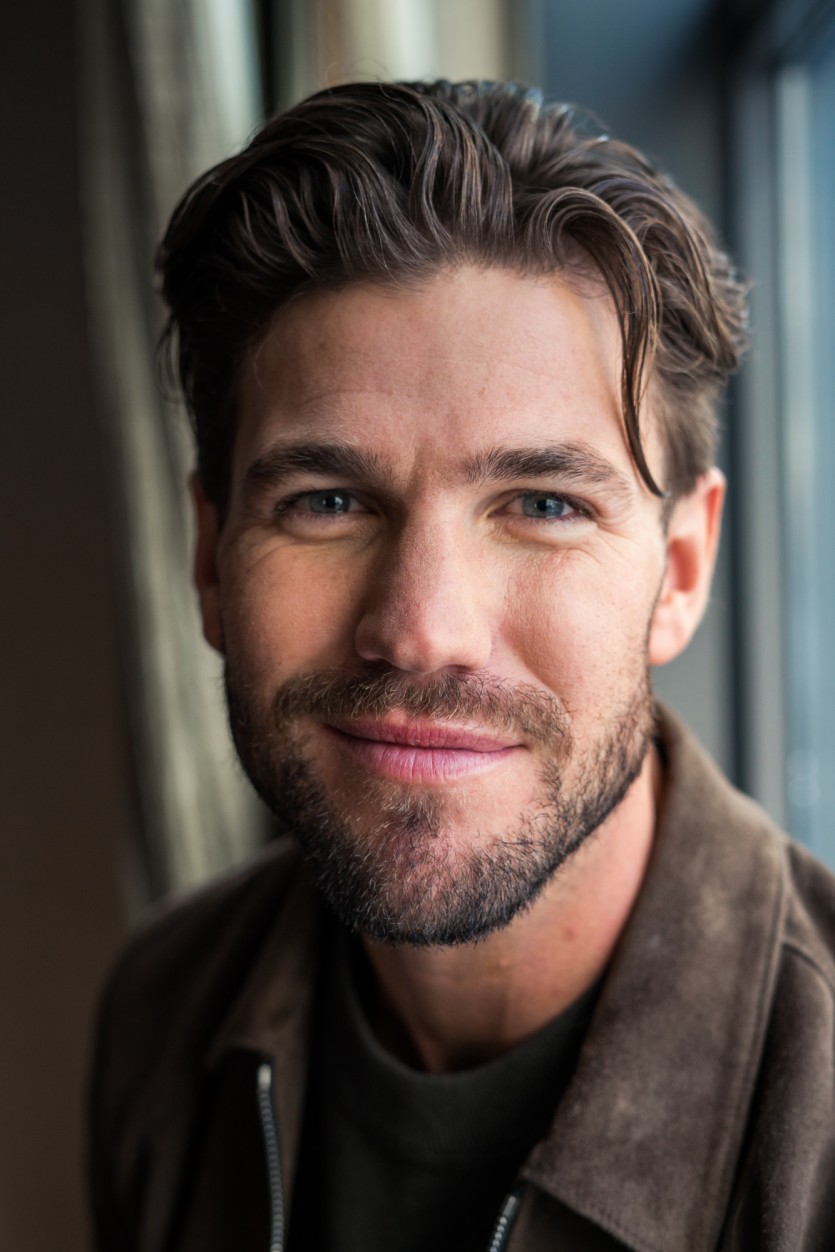 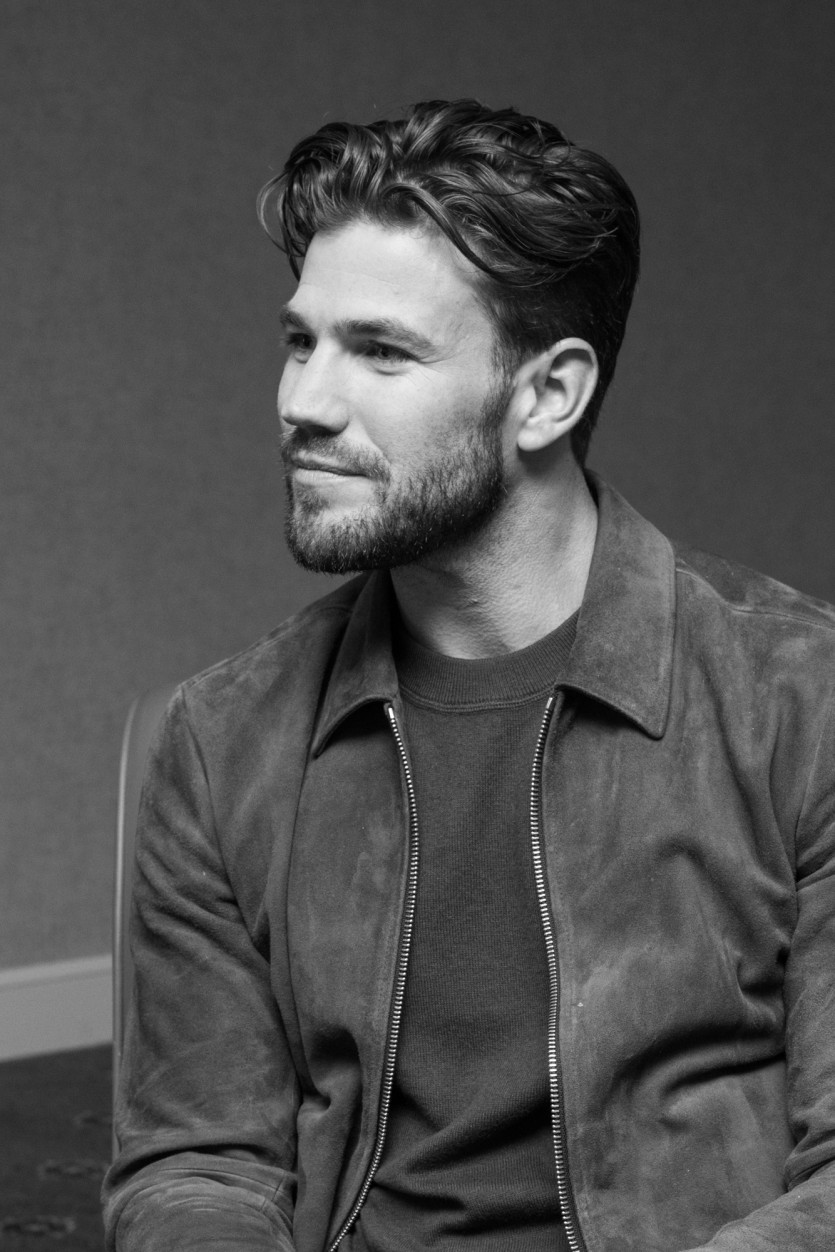 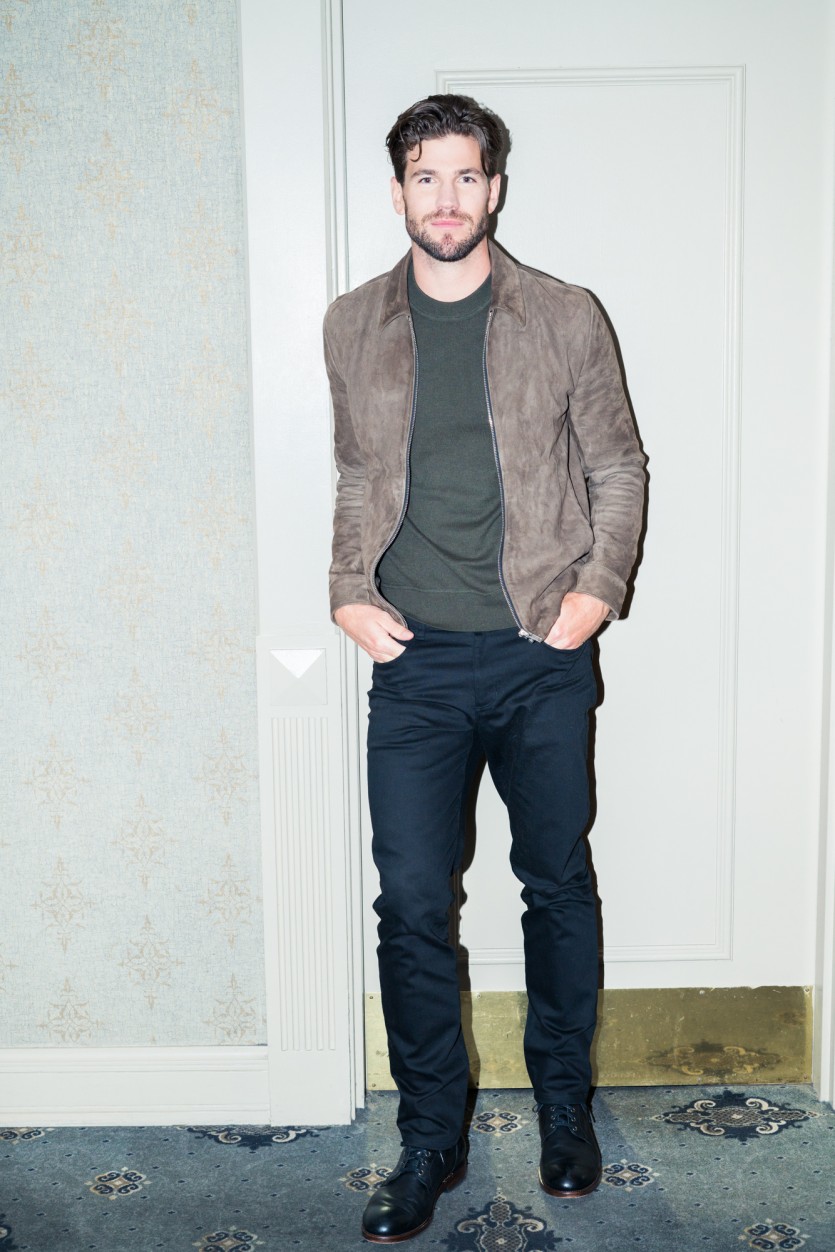 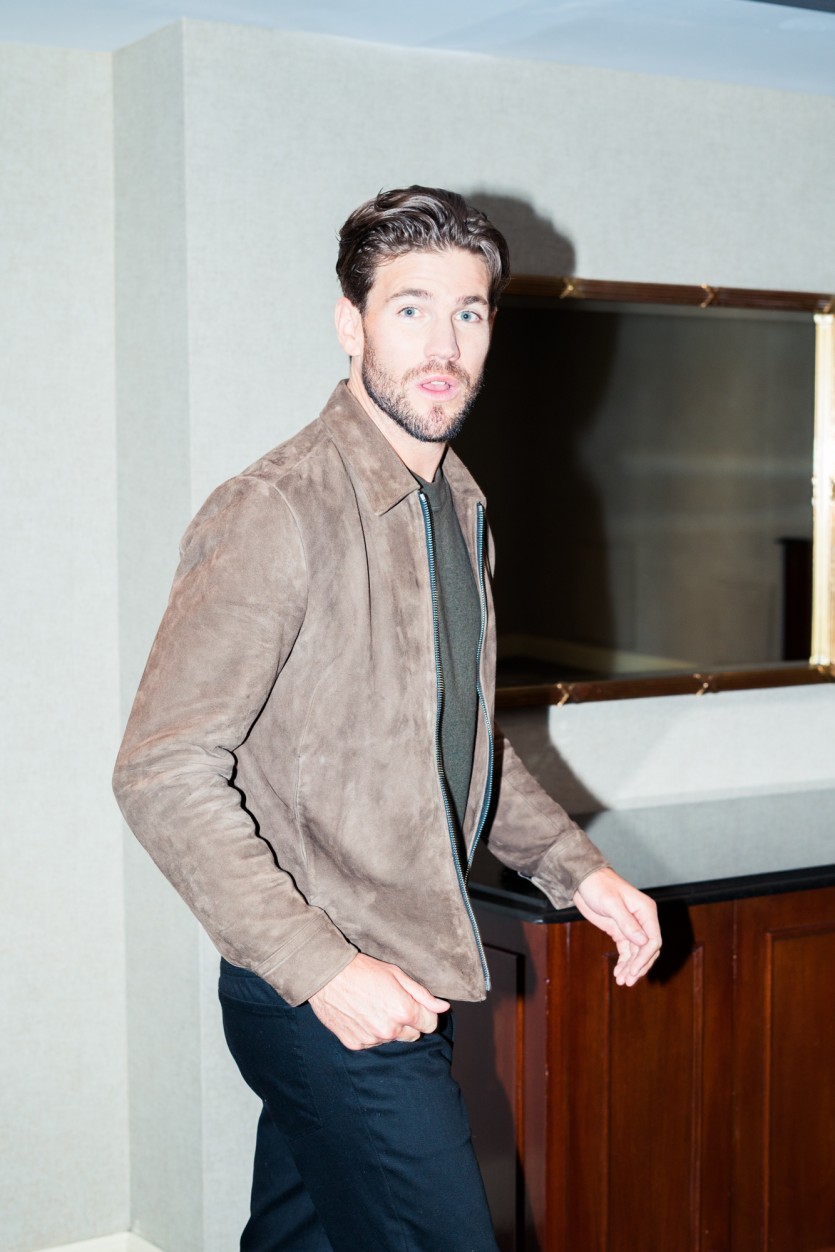 AS: “I’m better at multitasking. Yes! [laughs] I brush my teeth, all kinds of stuff.”

C: Are you good at tennis?

AS: “No! I’m not! In the broad scheme of things, no. Billie Jean would probably wipe the floor with me to this day.”

C: What’s the one thing you would change in your Wikipedia page?

AS: “I’d have to read it first. I would get rid of it. Actually, I should look at it. What’s on my Wikipedia page? Oh my God! I’d change the picture. How long ago is that from? Holy cow. Who is that guy?”

C: How old were you in that picture?

AS: “Seven years ago, so I’m 25 and I look like I’m really puzzled. It’s a really awkward picture. There’s more to me than this. [Laughs]” 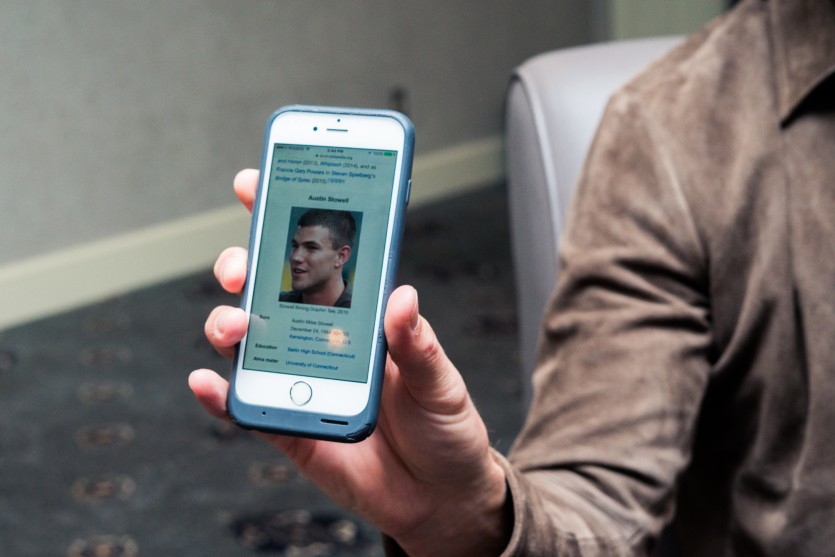