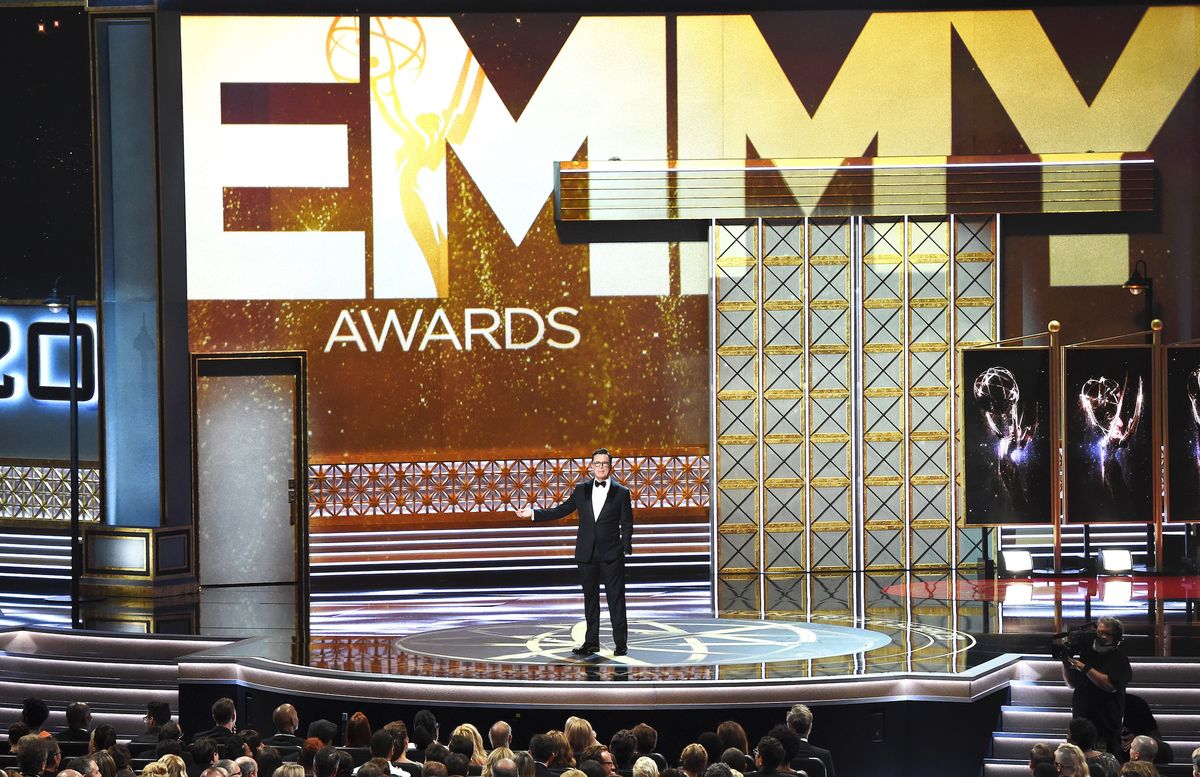 The Emmys Moment That Had Every Coveteur Editor Saying “OMG”

Anna Chlumsky and Melissa McCarthy’s faces said it all.

The moment Sean Spicer rolled onstage, Coveteur’s #RedCarpet Slack channel went a little something like this:

There were so many great moments during Steven Colbert’s monologue, but Sean Spicer confirming that the 2017 Emmy’s would have the largest viewership ever (obviously trying to make light of his turn as Trump’s press secretary, desperately trying to convince people his inauguration was the most highly attended, and highly viewed of all time...ugh), was certainly the weirdest.