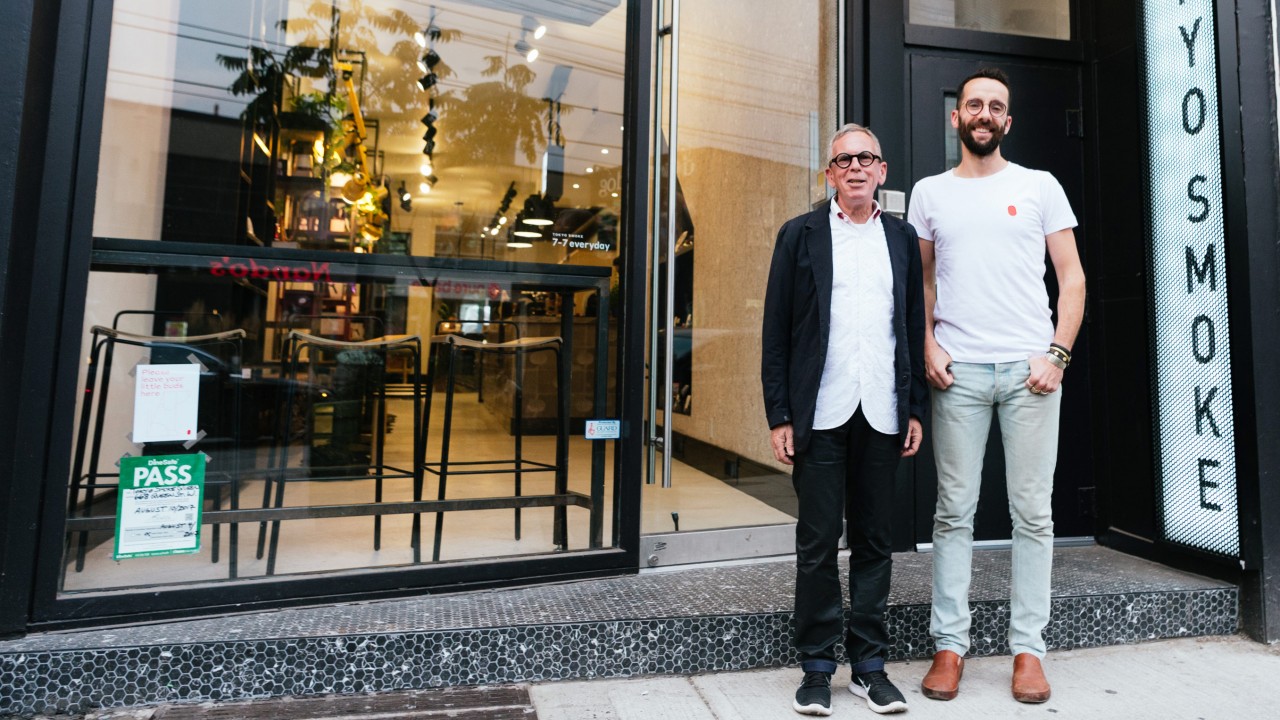 A Father-Son Duo Created the Starbucks of Cannabis

Look no further for a brand that sells medicinal marijuana, 24-karat-gold rolling papers, and crystal pipes.

Gone are the days where weed (cannabis, maryjane, marijuana, the loud—whatever you prefer to call it) holds some sort of stigma as an act that’s concealed. It’s no longer only associated with smoke-filled, alcohol-fueled house parties and puffed on in clouds in music videos—now we speak of it freely, embrace it, and are actually thankful for it as it’s opening a whole new market, providing many with new business opportunities. But it’s not just about selling medicinal marijuana to those with a medical prescription—it’s about providing an experience for consumers. Sure, there are the plain-Jane dispensaries with tiled floors and white walls, but there are a slew of other marijuana-focused brands that focus less on selling the drug itself and more on creating an environment where smokers and likeminded individuals can hang and shop. They’re the ones covering their walls with plants, burning candles, and selling coffee, having you second-guess the fact you’re in a shop selling all marijuana-related items. Out of all of these brands, there is one that stands out amongst the rest: Tokyo Smoke, a Canadian lifestyle brand with a Japanese influence that is much, much more than a spot to purchase your next pipe from.

Founded by son-and-father duo Lorne and Alan Gertner, the brand already has three brick-and-mortar locations across Toronto selling everything from credit-card-shaped grinders to stash bags that resemble a simple leather clutch, crystal pipes, 24-karat-gold rolling papers, and oil infusers. Not only that, but the shop functions as a café, selling coffee, tea, juice, and snacks, in addition to providing an area for customers to set up shop with their laptops. The newest location, in the west end of Toronto, is snuggled into the popular neighborhood of Queen West. Walk in and you feel as if you’ve entered a very modern coffee shop—Starbucks 2.0, if you will. You’ll see happy Torontonians working on laptops underneath beautiful artwork and plants, and upon taking a closer look you’ll see beautiful vaporizers, bongs, and rolling papers nestled amongst one another on the shelves, with a small piece of paper here and there explaining their four strains of medicinal marijuana (available online only to those with a prescription). We caught up with Lorne and Alan to discuss what drew them to cannabis culture, where the brand’s Japanese influence came from, and how they plan to expand in the future. 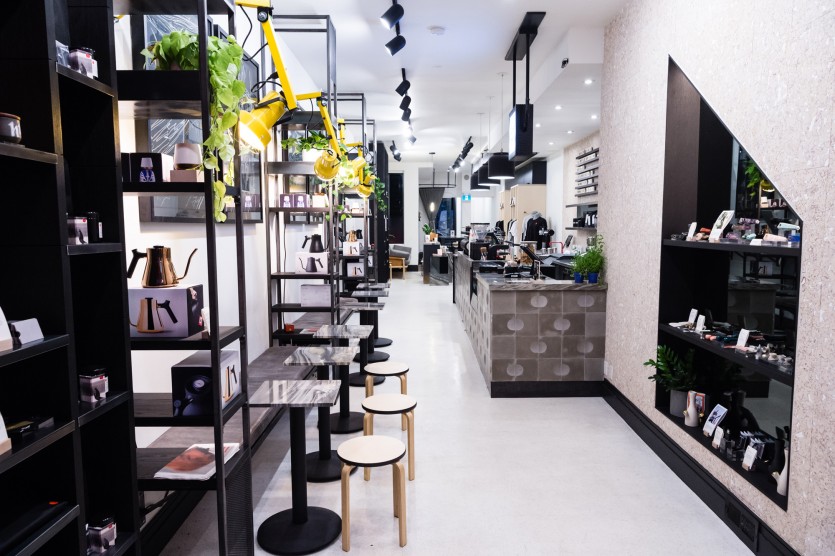 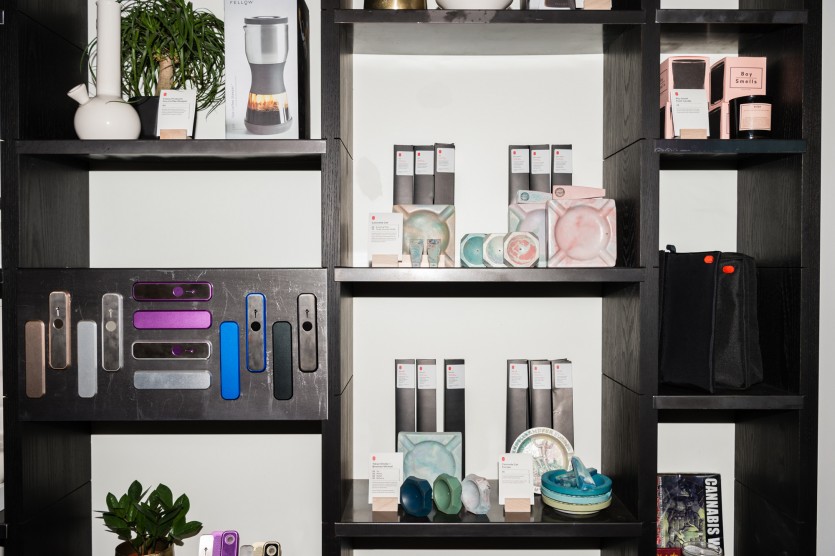 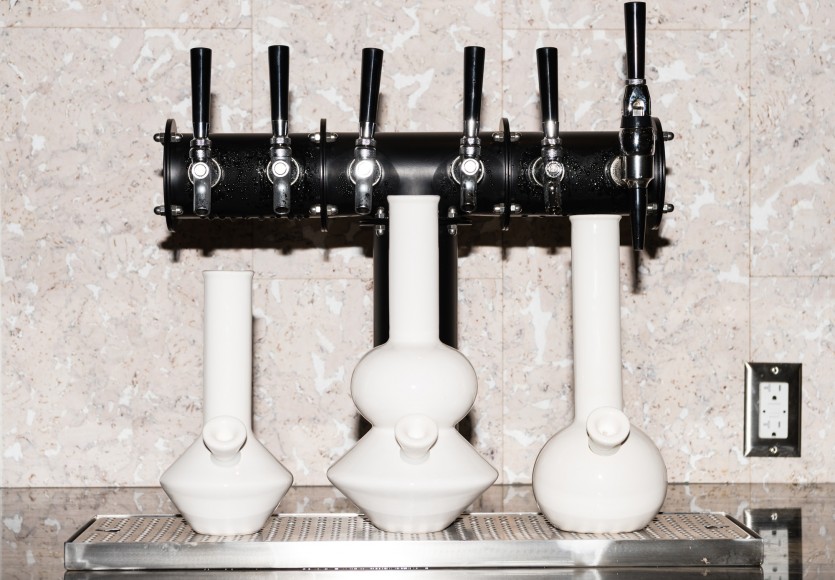 Alan Gertner: “I’ll give credit to Lorne—my dad’s been in the cannabis business in Canada for almost 20 years. I remember growing up in 2004 [and he] took a bet on the fact that Canadians would use medical cannabis. He had a company called Cannasat, which owned part of the first—and at the time the only—licenses to grow medical cannabis in Canada. [2004] was a long time ago to [play with] the idea that Canadians or anybody in the world would use medical cannabis, [but] it put us in a place to make a bet on legal consumer cannabis.”

Japanese aesthetic is a huge inspiration to the duo:

AG: “We love the idea of marrying together the elegance that exists in Japanese culture. A lot of it comes back to my father and my grandfather’s business. My father would tell endless stories about my grandfather going to Japan to buy fabric, and always being enamored and having a special relationship with that place. Years later, I was lucky to work for Google in Asia and spend lots of time in Japan. We loved the idea of paying tribute to this place that we loved.”

Lorne Gertner: “That had a big influence on me and Alan in terms of how we approached design. The idea of combining design with cannabis was something that we both felt was a good fit.” 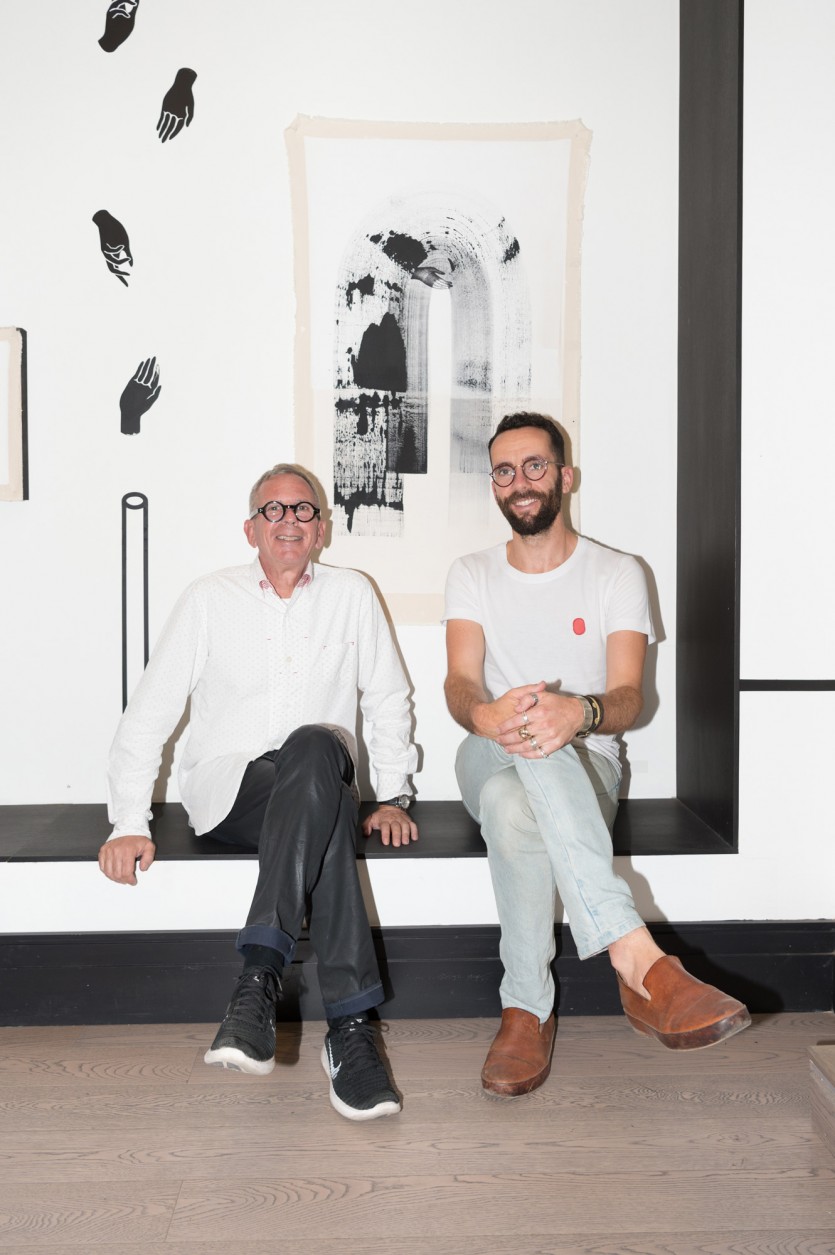 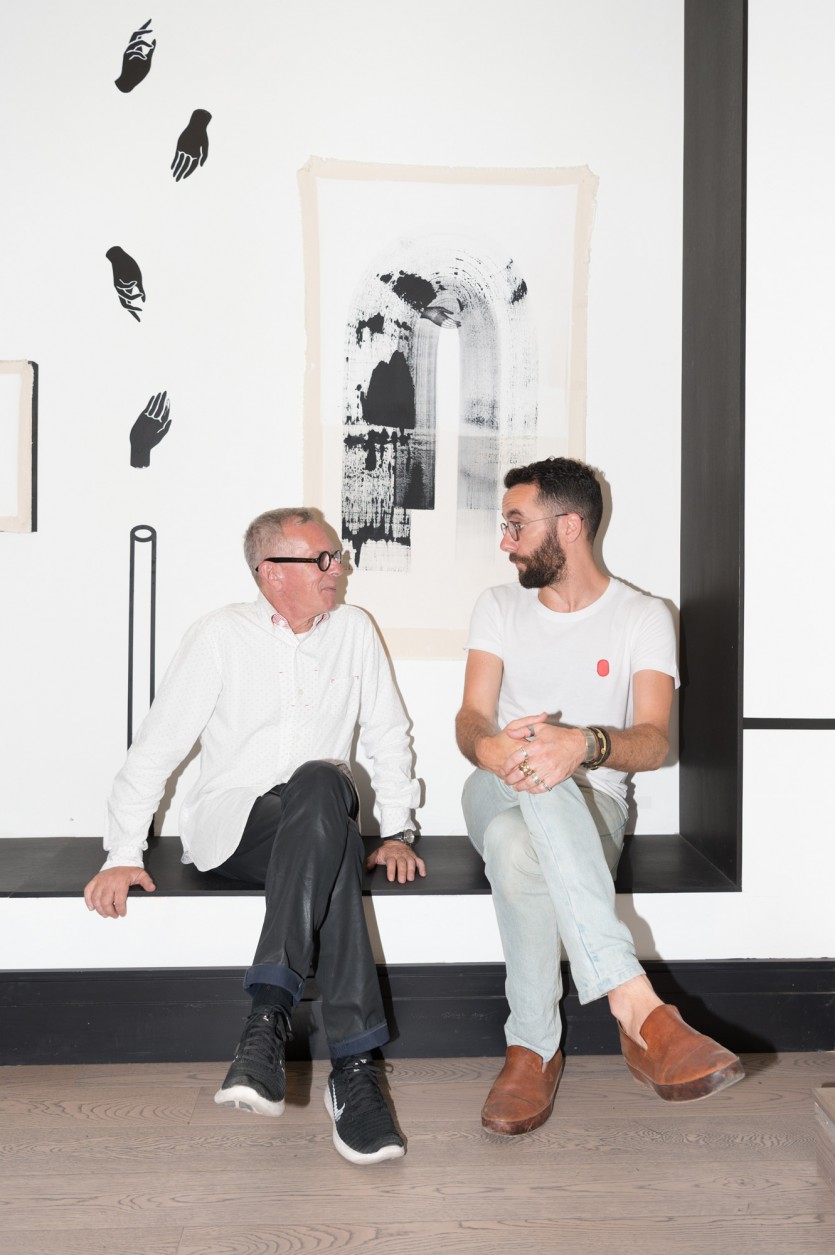 The Queen Street location is their first step to bring the brand to the main streets:

AG: “One of the major underpinnings for Tokyo Smoke and what we’re doing, and what allows a powerful team to get out of bed every day, is a vision towards continued normalization. When we think about the cannabis market, we’re all susceptible to think that the market is small and that the consumer is a niche. Almost a quarter of Canadians consume cannabis. If we live in a world where a quarter of Canadians consume cannabis, we know that that quarter of people all have different needs, different desires, different lives, different loves. We have a lot of passion for bringing Tokyo Smoke to main streets. [This location] is part of our strategy to build that taxi across Canada and the U.S.”

AG: “One thing that we believe in terms of having coffee as part of the experience is to have something in the store that is incredibly normal, that is acceptable and approachable. We love the idea of working with that coffee-shop model, which embraces community, develops a connection with consumers, and pairing that with something that maybe felt a little less normal. Approachable, comfortable, something where we could help curious consumers learn about cannabis.” 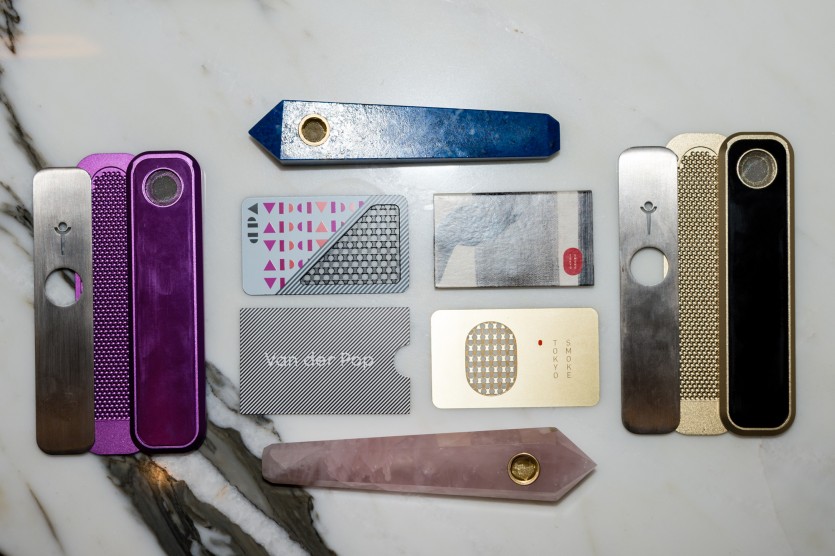 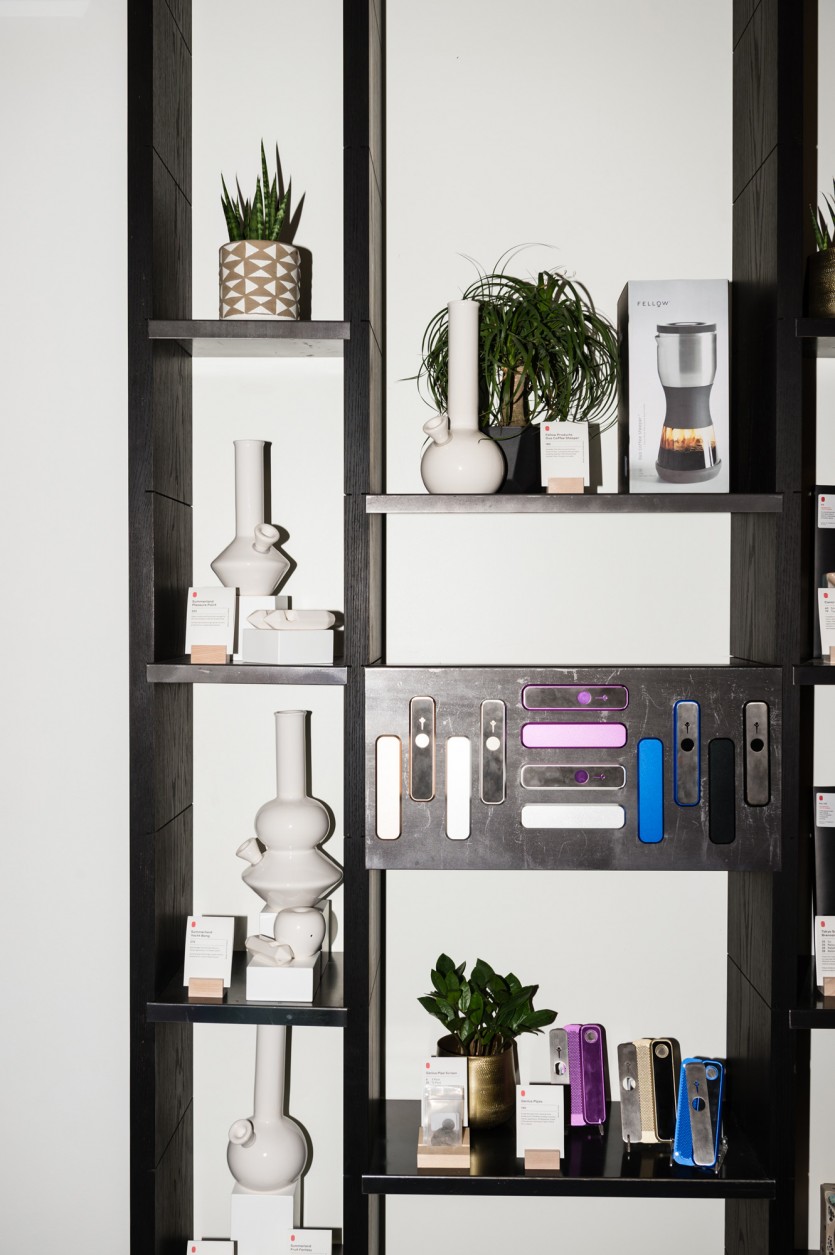 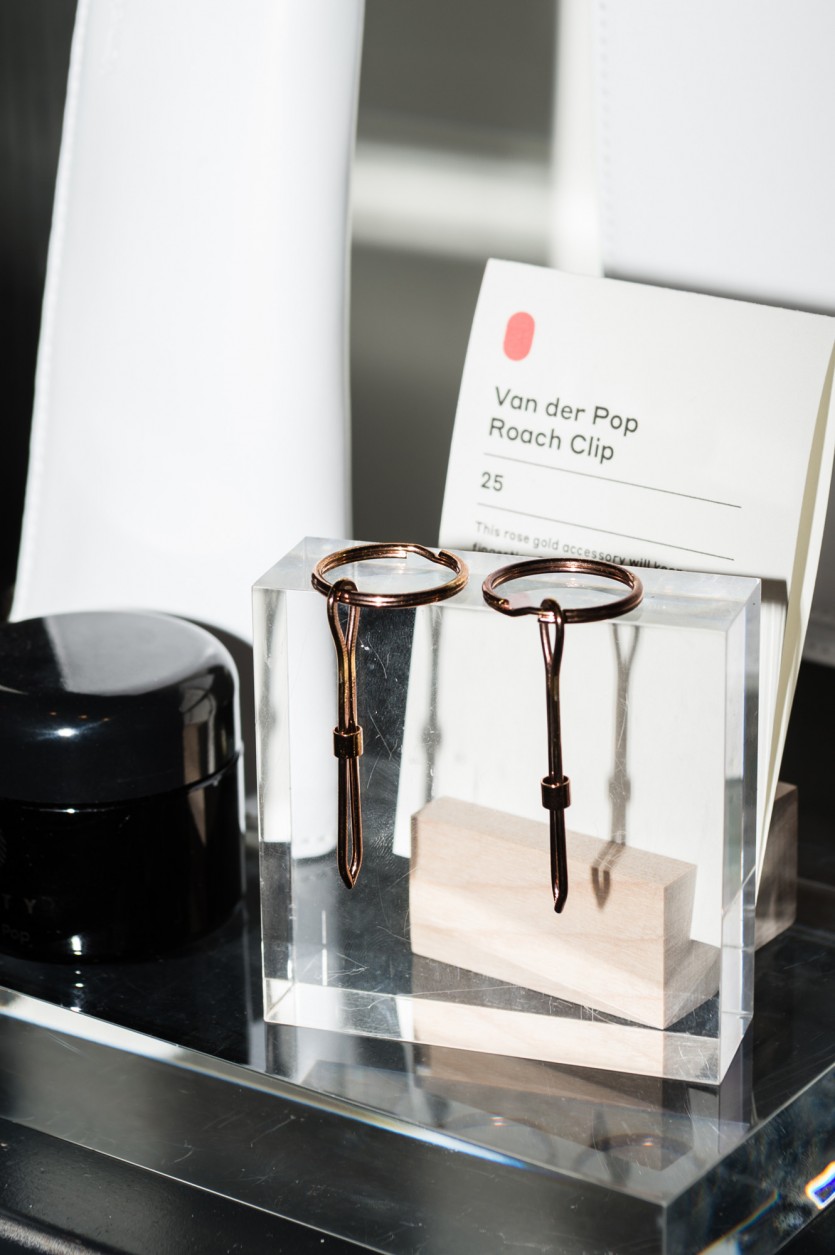 Some of the favorites in the store:

AG: “My favorite product in that store by far is the rolling papers that Dahae designed. She’s [an artist] based in Toronto and for me, when I go in there and I see those, I feel like we’ve done something right. We [collaborated with] incredible rising artists, who might not otherwise have worked with a cannabis brand, to be part of it.”

LG: “The bong that’s made by Castor [ed note: it can be used as a bong or vase]. It’s a beautiful piece, and as much a piece of art as something that you would use, and something I’d be proud to have in my house.”

They only recently began to sell medicinal marijuana:

AG: “In the next year, we have a couple of things [in the works]. We’ve been lucky to announce our national expansion in Canada: that’s stores in the Prairies, in Calgary, in addition to a number of more stores in Toronto. In addition to that, on the road map is our first store in the U.S. We’re opening in Seattle in November in the Thompson Hotel. Beyond that, we think there’s a chance to be part of something special. Ultimately, there’s a cannabis revolution happening around the world. Someone is going to be the Starbucks of Canada. Someone is going to play a role in defining the modern cannabis retail experience, and we have dreams of being part of that. We have dreams of being part of defining that experience for people and building community, trying to build these delightful stores.”