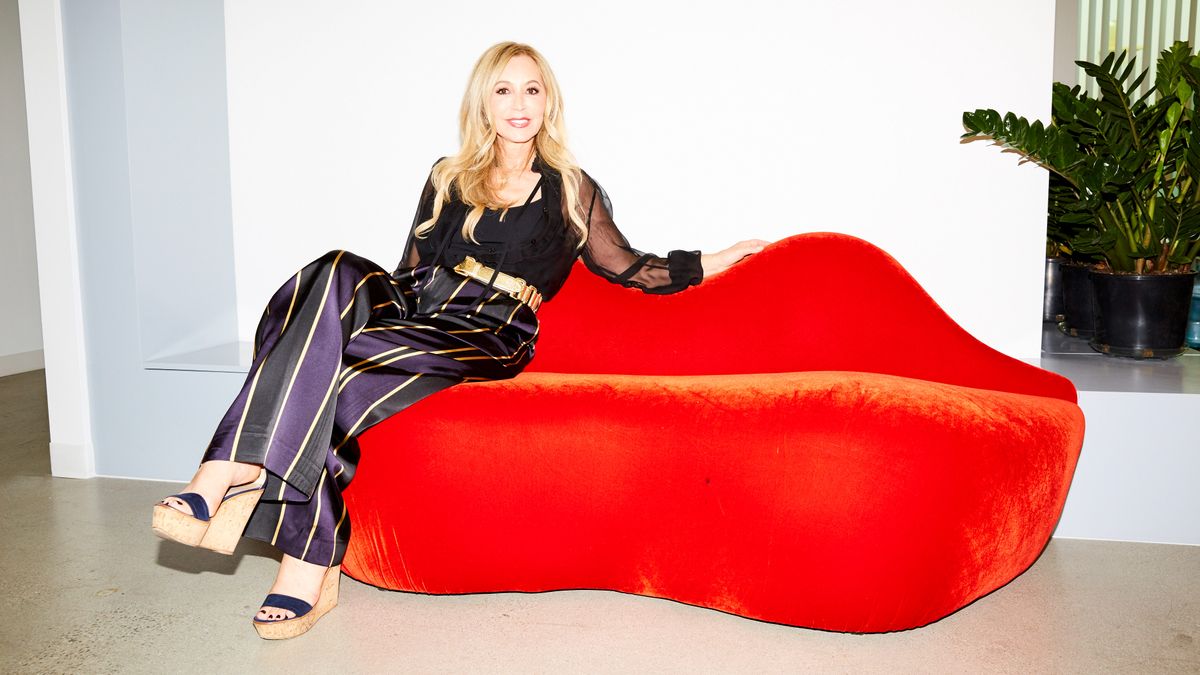 With 14.5 million Instagram followers, Anastasia Beverly Hills is considered at the top of its class in beauty brand social media. Marketing technology company Tribe Dynamics ranks the brand #1 in social media value, and in 2016 the brand’s online sales skyrocketed by 150%. But there’s another number on founder Anastasia Soare’s mind that may carry a little more weight right now for the Romania-born entrepreneur: 20. This month, the brand celebrates its 20th anniversary since Soare first opened her Beverly Hills studio doors in 1997.

“I came [to the US] and no one was paying attention to eyebrows; I couldn’t believe it—this is Hollywood!” says Soare, who became famous in the ’90s for grooming the arches of Naomi Campbell, Cindy Crawford, Stephanie Seymour, Gail Eliott, and Michelle Pfeiffer, among other icons. “I decided to open the salon in 1997. But nobody believed eyebrows were important. Even the landlord didn’t want to rent me the space because he was like, ‘Get out of here! This is Beverly Hills! You can’t pay rent here doing eyebrows.’ Once I did open I could only release my schedule six months at a time because it would get booked up immediately. People would wait for hours just to take any no-show appointments.”

Safe to assume rent was made.

Now, to mark the double-decade occasion, Soare’s team, including her daughter and ABH president Claudia Soare (who is often credited for making the company’s Instagram the gold standard), designed a special 20th Anniversary book-style box set. In it, every single brow product in every single shade, adding up to more than 70 pencils, powders, stencils, tints, brushes, etc. (We’ve got pics.) The epic limited-edition set was sent to top clients and influencers, plus some lucky giveaway entrants. Of course, fans essentially lost their minds when the box was revealed last week. The announcement post on Instagram has received more than 250k likes, 24k comments, and 150k reshares. In case we haven’t underscored it: Anastasia Beverly Hills basically owns beauty on social.

Another cause for celebration? The opening of the brand’s new headquarters. As the paint just finished drying, Coveteur was invited to capture a first look at the new space, including Soare’s golden feng-shui-meets-mid-century office. Fun fact: The same feng shui expert who designed Anastasia’s first studio has helped her bring fortuity to every property of hers since, including the latest digs. Clearly, something is working.

1 / 21
“I encourage people to follow their dreams because it’s not easy. It’s a bumpy road. People need to understand that. I have many people who are like, ‘Oh, I want to be like you!’ Absolutely you can be like me. Do it! But remember this is not an easy path. You don’t take the elevator. You take the stairs.”
Jacket, Tom Ford; Pants, Altuzarra
More From the series Interiors

This Tranquil Refuge Blurs the Lines Between Indoors & Outdoors