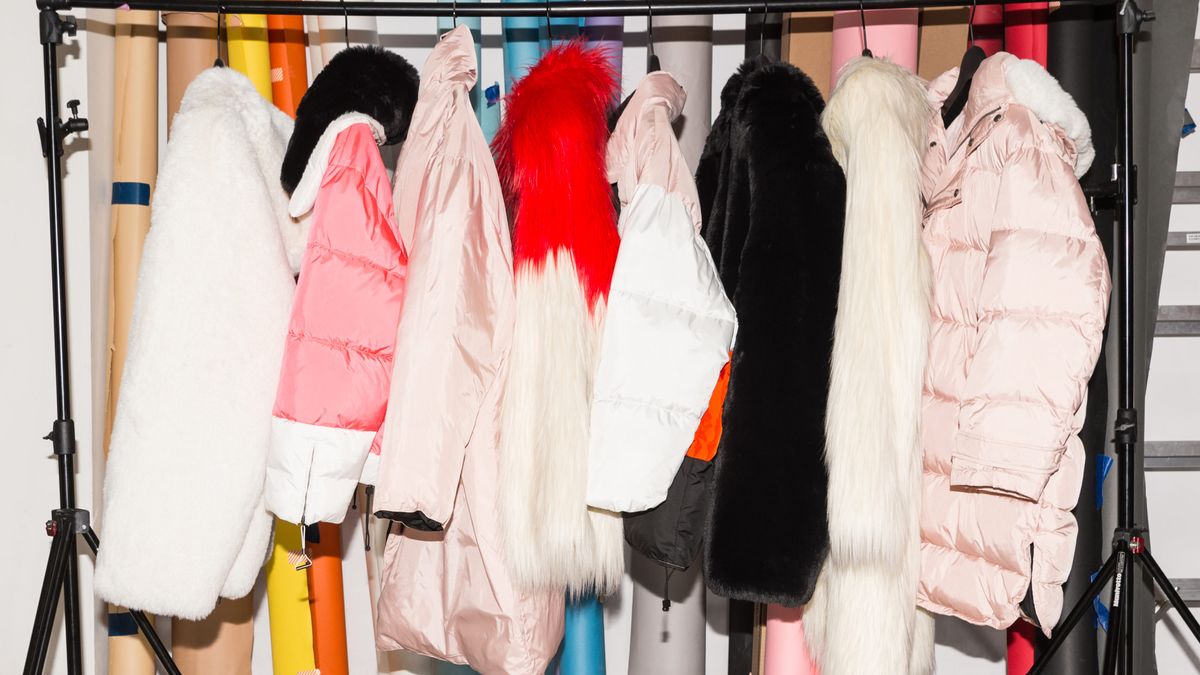 The good news? It won’t break the bank.

Ever go shopping for a winter coat only to end up leaving four hours later, empty-handed and frustrated? Yeah, us too. Every. Single. Year. Until now. Enter Biannual—our new favorite outerwear brand. Not only is Cov-alum Dani Roche the creative director (we kind of love everything she does), but the brand is an environmentally conscious (!), vegan (!), unisex (!) outwear brand. We’ll give you a minute to digest that because, yes, this is the outerwear brand of your dreams.

In case you’re not all that familiar with our girlcrush Dani Roche, allow us to catch you up to speed. Roche is a Toronto-based creative who founded the digital and experiences agency Kastor & Pollux—the same agency and creative studio that has 36,000+ eyes on its IG, and an all-female staff. So how, you may ask, does one go from the digital side to the fashion side? Turns out Roche was “approached by a company to be the creative director of a new outerwear brand which would be very fluid in terms of gender, season, and purpose.” Obviously, one would think long and hard about this type of decision, but in the end Roche decided that the role made a lot of sense for her. “I feel like in my closet, there [have] been so many different pivots in my style over the years, but outerwear has always been a priority,” she said. “I feel like if you’re going to splurge on something it might as well be a statement-making piece.”

When we visited Roche’s Toronto studio last week, we got to see Biannual’s first-ever collection up close and personal. We spent a good half hour touching and playing with all of the coats, admiring not only their textures and colors, but also their quality. This FW17 collection just became available for sale online, so it’s fresh with a capital F. “All the pieces are unisex in terms of how they’re cut [and] the brand is made up of 100 percent vegan materials,” Roche said of the line. “All of the furs are faux, and all of our puffer coats are filled with a fill called supreme loft, which is recycled cashmere instead of traditional duck or goose down. It’s just as warm, but it’s more conscious and actually retains [heat] better.”

So what type of pieces are in the collection? We got the creative director to break it down for us. “We’ve got black and white all-fur pullovers, which are really extra. I love them because it’s like a glamorized sweat suit almost,” she explained. “Then more flashy pieces such as a red and white faux fur. The way that I see the Biannual consumer is the girl who wears socks and sandals to the grocery store but can also like slum it at the skate park with her boyfriend. It’s all about dualities.” Roche emphasized that these jackets are meant for anybody and everybody, which is exactly why she kept the pricing low—all of the jackets are between $300 and $600 CDN—and the silhouettes oversized.

As long as we’ve known Roche, she’s never been one to be put in a box (and rightfully so), which is part of the reason she happily hopped on board with Biannual. As she said, “I feel like for so much of my career I’ve been asked to box myself into a category. Like, are you an artist? Are you a graphic designer? Are you an advertiser? Are you a marketer? When it comes to fashion, I think it’s very important for everyone to wear what they like and to not be constrained. All of the Biannual coats are meant to be oversized—they’re ideal for layering. They have tentlike silhouettes, but they also have drawstrings to bring it in, so it’s tapered at the bottom for a different shape and functionality. I think it’s really important for me to work on more projects that promote the sense of being able to be fluid and adaptable because our world and society is changing [and] fashion has always been meant to be reflective of like. I think with social media we’ve been asked to kind of identify as a certain style or aesthetic—even like starter-pack culture—there’s all these expectations [and] Biannual is meant to dismantle all those expectations.”

As we chatted with Roche about the ins and outs of the brand, we had to remind ourselves that this was her first time stepping into the fashion side of the industry. She’s totally a natural, but did let us know that there was a learning curve. “The fashion industry is just so different than a digital agency. For one, the timelines are very different. I can’t even think about what’s going to happen next week, much less next year, and then you’re working on two seasons at once all the time,” she told us. “For me, the biggest learning curve has been trying to understand how that world works but also do what I’m good at, which is digital content and strategy—finding that place where it intersects is still something that I’m trying to figure out but it’s also the thing that excites me the most.” We’ve got to hand it to her, she’s done a damn good job. Come on, a vegan brand that is gender-fluid, focuses only on outerwear, and is environmentally conscious? We’re hard-pressed to find a reason not to buy one of each style.

Before we wrapped up, Roche let us in on some exciting news: the Biannual spring collection is already under way (and pretty much ready to go). “A lot of the spring garments are meant—like across both collections—to be multipurpose and multi-use. We’ve got things from expendables to packables to create the most looks for one garment,” she explained. And as if that wasn’t enough to put smiles on our faces, Roche went on to add, “I’m really excited about the lookbook, which was shot by a photographer I really like—her name is Daria Kobayashi. For fall and winter we shot with a photographer named Alex Hainer. That’s really something that is important to me—being able to elevate female talent.” Excuse us, please, as we go and purchase one of every style from Biannual because we’re pretty sure this brand is perfect.