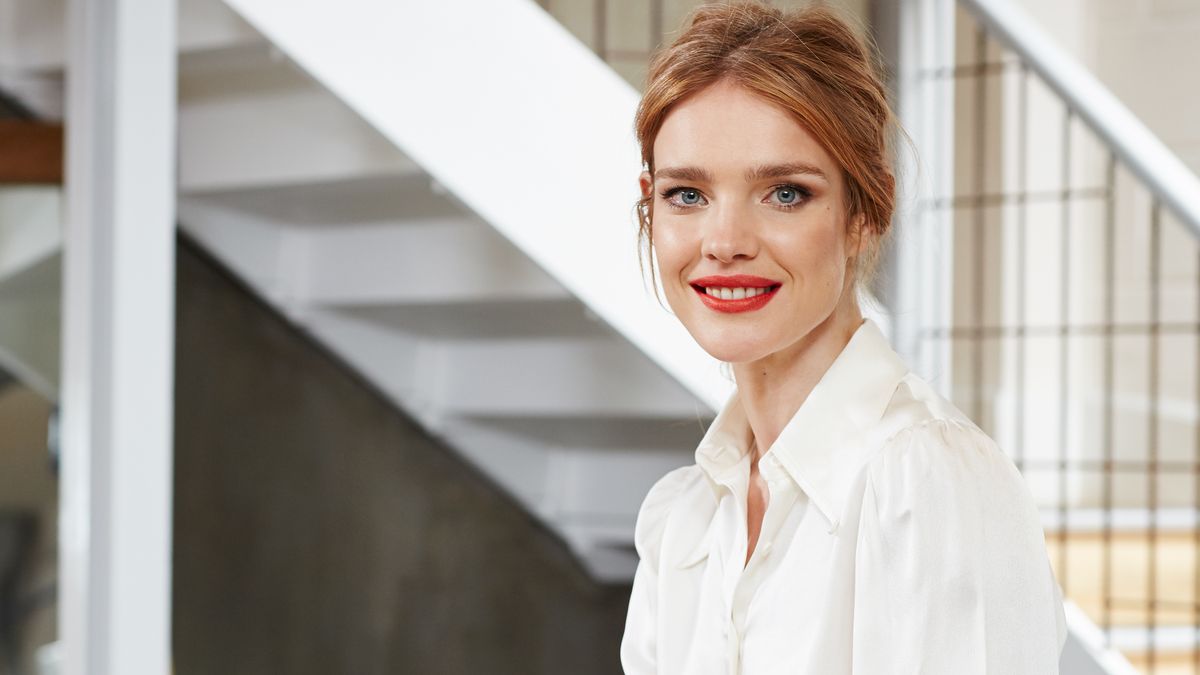 Natalia Vodianova Wants to Talk about Your Period

After conquering fashion and philanthropy, the supermodel takes on women’s health.

“A nightmare” is how Natalia Vodianova describes getting her period on set. And if it’s a nightmare for her—a model who has graced 70 international Vogue covers and earned eight figures throughout her career—imagine what that time of the month is like for the millions of women around the world with no access to feminine hygiene products, or the countless girls who are taught that their periods are a dirty menace they should be ashamed of.

“It breaks my heart,” says Vodianova of the global stigma surrounding menstruation, speaking to us in lower Manhattan on an unusually overcast summer day. “You have this thing happening to you every month, and you’re supposed to be very quiet about it. It’s just normal not to talk about it.” The model’s commitment and approach to changing that is twofold. Earlier this year Vodianova invested in the mobile period-tracking app, FLO, and she recently launched Let’s Talk About it. Period., a global campaign aimed at fostering open, shame-free conversations about periods.

“I didn’t even know what a period tracker was,” says Vodianova, adding that she downloaded FLO last year at the recommendation of a friend. “I’m obviously very fertile,” laughs the mother of five, “so I have to be careful. What I really love about [the app] is the community.” Founded by Belarusian tech entrepreneur Yuri Gurski, FLO allows its 10 million active users to anonymously share comments about their health. The discussions, which touch on everything from PMS and birth control to morning sickness and irregular bleeding, struck a chord with Vodianova as a stark contrast to lack of information she received growing up in Russia. “[There was] no sex education and no personal hygiene education,” she says. “I basically learned the word ‘gynecologist’ when I got pregnant.”

Having already launched two successful ventures—the Naked Heart Foundation, which supports children with disabilities, and Elbi, an app that streamlines philanthropic donations—Vodianova contacted Gurski about adding FLO to her short list of passion projects. Their goal is for the app to expand its reach, giving more women a place to discuss and learn about their health. The partnership has also resulted in FLO becoming the strategic partner of Let’s Talk About it. Period., aimed at impacting women and girls in the most dire situations—those who can’t afford pads and tampons, much less an iOS or android device to download FLO.

Joining the conversation that groups such as Pads4Girls and Menstrual Hygiene Day are engaging in worldwide, the campaign is set to host talks and events, in addition to producing videos and social media initiatives. “We want to make [the discussion] fun and light,” says Vodianova, who recently asked her Instagram followers to share how they embrace their cycle on her page. Another place Vodianova is having this talk? At home with her 11-year-old daughter, Neva.

“She hasn’t confronted any of that stigma or shame yet, but I’m sure that it’s to come,” says Vodianova, “and I don’t know if we can get anywhere closer to lessening it in the next few years. But my daughter is lucky—she lives in a very open environment in Europe. We know that’s not the same situation for girls around the world.” Hence Vodianova’s insistence on keeping the dialogue going. To break the taboo, she says, “we should all be talking about it, and we should be loud.”