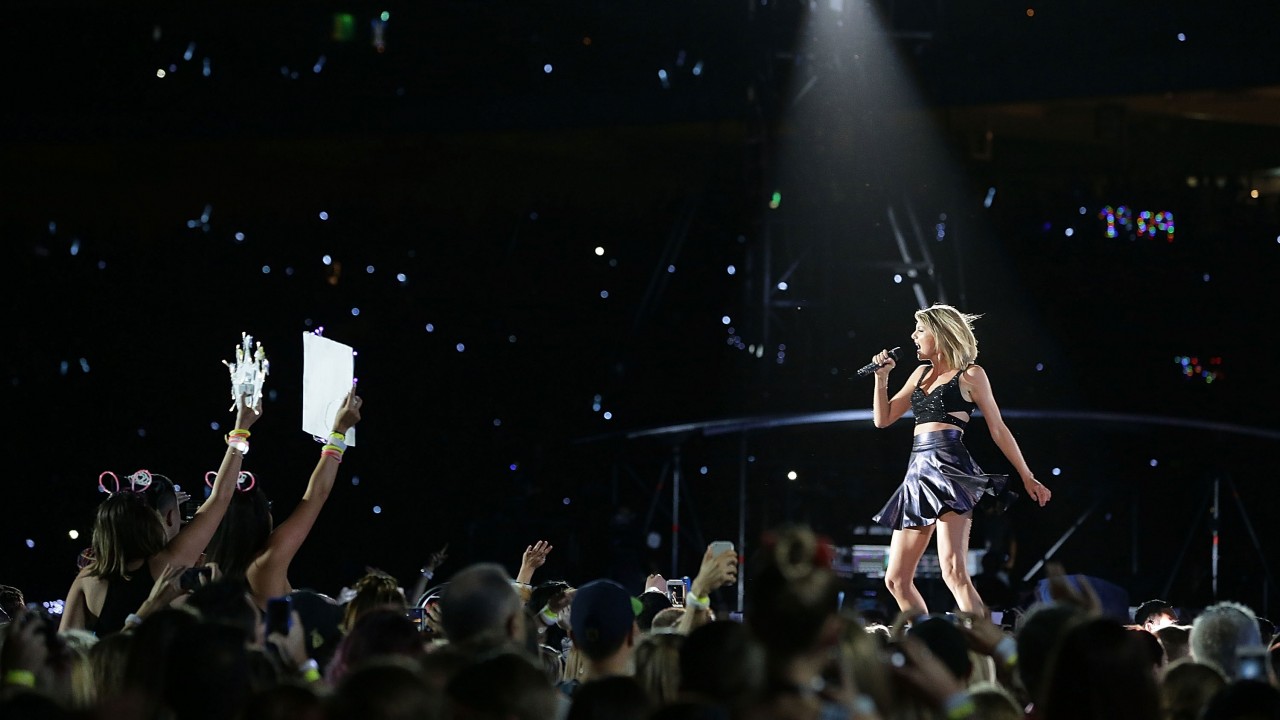 Here’s how it got to this point.

I was crying. Crying. And trying to avoid being shoved by 12-year-olds as I inched my way closer to the stage. Was this real life? Was I actually squeezing past pre-teens, with tears in my eyes, all because I wanted to be a few feet away from Taylor Swift? The Taylor Swift?

Yes—and I was loving every second of it.

This particular experience happened in 2010, back when I was still in college and didn’t even own an iPhone. But I promise you, despite having a bunch of celebrity interviews under my belt now, I probably wouldn’t react any differently today. Taylor Swift’s concert changed my life.

When I first bought my tickets, I was your average fan. Her music had gotten me through a bad breakup and grumpy moods, but I also felt like she was pretty relatable (we were both born in 1989 and seemed to have a surplus of boy troubles). My seats were in the second tier at the Prudential Center in Newark, and I didn’t even mind—I just wanted to go, and being there was enough.

Or so I thought.

At 21, I had a beer in my hand and was dancing to the opening act when a man in a uniform approached my friend, Kristen, and I. “How much do you love Taylor Swift?” he asked. We screamed back: “We love Taylor Swift!” Before we knew it, he had slapped green bracelets on our wrists and told us he was taking us down to the stage’s pit.

The lights were dimming, drums were banging, and there I was, being led toward the main event. And when I finally got past those children? I was practically on the stage, snapping photos with my non-iPhone that came out crystal clear. Taylor proved she was super talented, playing multiple instruments, dancing in water, and singing her heart out. It. was. amazing. And turned me into a super fan.

Since the concert, my Swiftie status hasn’t wavered. I’ve stood up for the girl who gets bullied by the media (um, most twentysomethings date around) and Katy Perry (who seems to talk about their feud 24/7). I will admit that she backtracked over the whole Kanye thing, but do like to assume that what she really took issue with was being called a bitch. As for her so-called “PR stunts” and marketing tactics? They’re A+ and brilliant. The girl turns negatives into positives like no one else can!

All of this—plus the other Taylor performances I’ve attended since 2010—is what has me so excited for her sixth album, Reputation. Each new collection of songs seems to get better, and catchier, and more play-on-repeatable than the last, and the lyrics always speak to me. (I do sometimes wonder, “Who is this about?!” but also, it’s kind of my job.). Sigh. November 10 can’t come soon enough!