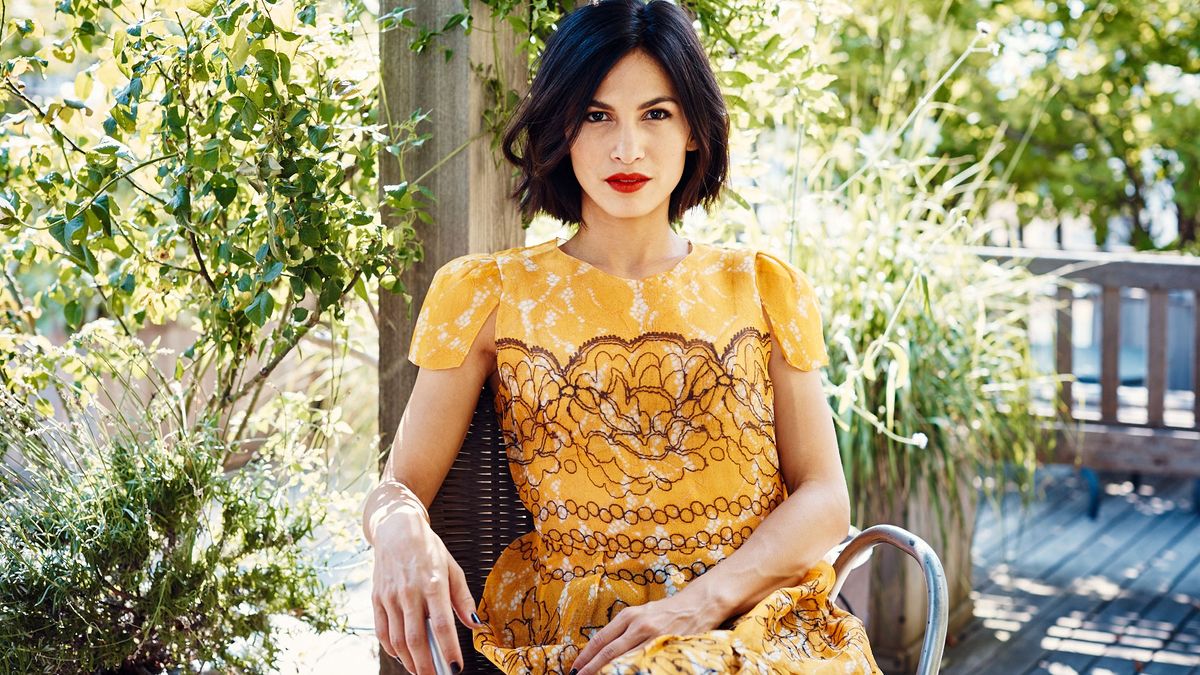 The truth is, Elodie Yung isn’t *that* different from who she plays on-screen. Sure, she might not kick your butt like The Defenders’ Elektra, or be an interpol agent like Amelia Roussel from The Hitman’s Bodyguard. But she definitely exudes a cool, calm confidence. And there’s no arguing that she’s totally badass.

Yung’s fearless, take-on-anything attitude is what got her into acting in the first place. (And it’s also what prompted her to start rocking an enviable shaggy bob.) Yung recently shared her fascinating story with us, along with the key to her French girl style and some details about the Netflix show and film, both out today.

What it’s like being part of the Marvel universe:

“It’s been really exciting. I had no clue who Elektra was before I got the part because I didn’t grow up reading the comics, but once I got the part, I really immersed myself in this world. Elektra’s a very complex character and she has so many layers to her. I’m always discovering something new about her. And that’s what happens in The Defenders. I got lucky and played a sociopath in Daredevil season 2, and in The Defenders, she’s brought back to life. I get to play someone who has to slowly remember who she was. So it’s been interesting work for me this season.”

How she plans on celebrating her new film, The Hitman’s Bodyguard:

“When I watched the movie The Hitman’s Bodyguard, I was alone with three other people from Lionsgate. I felt guilty laughing because they were working and taking notes, doing their job, and I was here to watch the movie. So I think I’m going to sneak into a cinema room and watch it with a full audience, because it’s the type of movie you want to see with a lot of people in the room, and friends. I’ll go and sit in the back. I just want to see people’s reactions because I could not stop laughing by myself.”

She originally became an actress…by lying about being an actress:

“I was about 20 and a casting director asked me if I was an actress. I wasn’t [at the time], but I thought, ‘that’s interesting,’ so I fibbed and said yeah! I was like, just try it. I was thinking about making money. I was going to university, and my main focus was studying law. A friend of mine who was doing commercials was like, ‘Hey, maybe you could try to do that because if you book something, a day of work is 500 euros.’ And I thought ‘Oh wow, that’s great!’ So I got representation with an agency by making a fake résumé; I lied. I said that I trained at a very famous drama school in Paris for three years, I was a professional actress, blah, blah, blah! But I got representation, and booked my first spot on a little fib [laughs].”

Why she cut her hair into a bob:

“I let my hair grow and had extensions [while playing Elektra], which looks amazing, but is heavy, especially when you do choreography and roll around in the dirt for more than ten hours of shooting. I needed a break, so when I was on a holiday—I took a month off and went home to Paris—one day I decided to go in the first hair dresser I found. I was like, ‘Let’s chop everything!’ [laughs] And he did a good job! Sometimes you need a drastic change. I think I might even go shorter, maybe in the next few months. I don’t know. I like this cut. It’s quite European. I like the feeling of having cool, short hair.”

How she achieves “French girl” style:

“I’m from Paris, so I like going back there and just looking at the women. They’re so effortlessly cool, but very feminine at the same time. I don’t know how it works, but if you can just go there and spend some time, you’ll get it progressively. I go back there and it’s just like ‘Ahh.’ It comes back naturally. You need to go there, eat French food, sit at a café for hours with a friend, watch people—that’s all we do there. The style will come naturally.”

How she describes her style:

“I like to be comfortable and feminine, sometimes a bit more edgy if I have to go out. If I wear flat shoes, or if I’ve got on jeans and a pair of Etnies or Converse, I wear red lipstick. And if I wear heels, I’m going to go for something comfortable like Roger Vivier—something that’s made for women, not torturing women. They’re just the perfect balance between being chic and feminine and being comfortable for hours. I like to keep the casualness with a bit of femininity.”