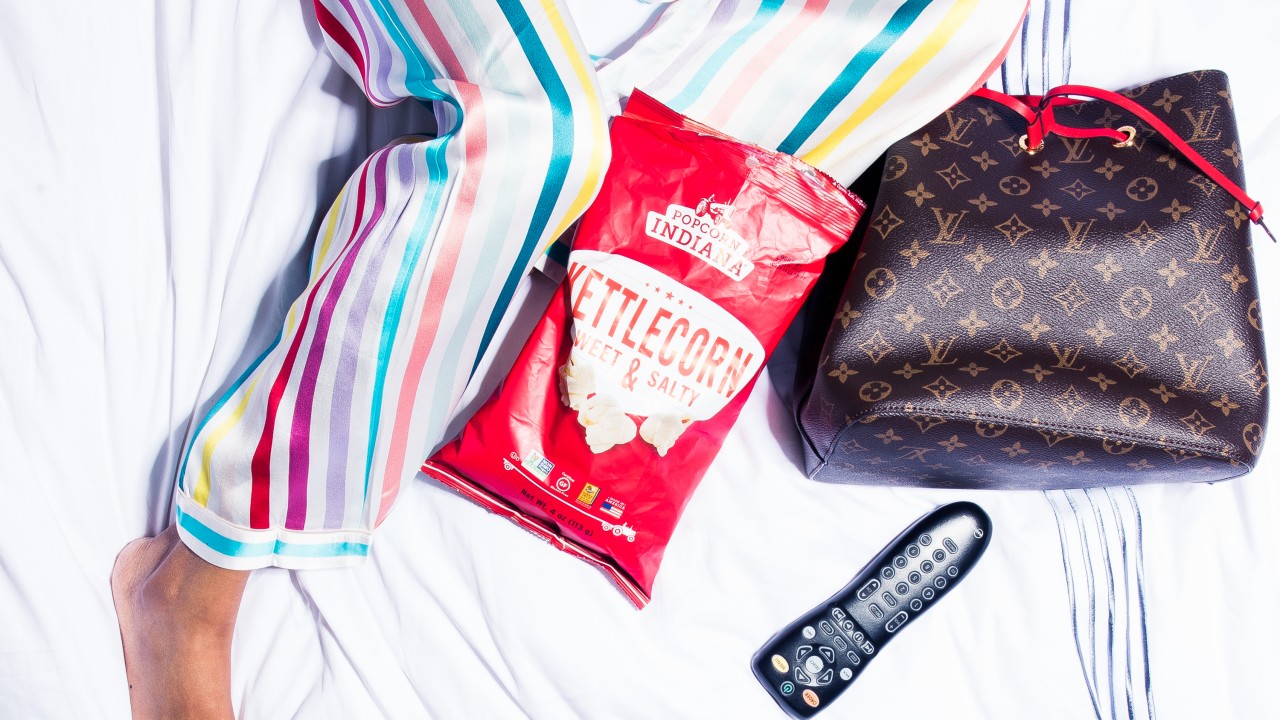 11 Movies and TV Shows Worth Watching in August

Despite summer being the season where people typically head outdoors, breathe in fresh air, and soak up that glorious sun, we’ve admittedly wasted a small portion of it binge-watching with no regret. There are just too. many. good shows and movies out there, and only so many hours in a day—or, weekend, really. So what’s worth being lazy on a Saturday for, or at least a late night *in* on the couch? Scroll on for the COVETEUR editors’ picks, then grab your remote (or laptop) and get started.

The Last Tycoon on Amazon Prime

“Fact: Netflix isn’t the only great streaming service in the game. Amazon Prime has some pretty great shows, too, and my most recent favorite is The Last Tycoon. Aside from a phenomenal cast that includes the likes of Lily Collins, Matt Bomer, and Kelsey Grammer (among others!), it’s based on an unfinished novel from F. Scott Fitzgerald and set in 1930s Hollywood. Between the complicated love stories, financial drama, and those fabulous freakin’ period costumes (courtesy of Mad Men’s Janie Bryant), I am eating. it. up. The only thing that has kept me from devouring all nine episodes is that I’m watching with my boyfriend…and unfortunately, we’re on different schedules. (Wah!)”

What the Health on Netflix

“If you’ve ever considered making adjustments to your diet, this one is for you. And by adjustments I mean cutting all meats, dairies, poultries, and fish out of your diet. That’s right—converting to an all-vegan, plant-based diet. Although this lifestyle may not be appealing to all, you may want to give this documentary a watch—their statistics on the dangers of certain foods in regards to your health will have you spitting out your bone broth right at the screen.”

“I’m super late to the game on this one, but I, a fully grown adult woman, am suddenly obsessed with a show about high school sophomores. If you enjoyed Gossip Girl, which I did a solid eight years after it debuted, then you’ll love Riverdale. Also, the fact that I spent a full day styling Camila Mendes, who plays Veronica, makes me love it that much more!”

Game of Thrones on HBO

“Yes, I am that person. A few years ago I even managed to get tickets to the season three premiere in New York, so I feel like I’ve really earned my fandom. This season is all about major female empowerment—think four generals and queens sitting around a table discussing strategy while the men stand quietly—so I feel less guilty about all the gratuitous nudity. I promise, if you haven’t given GoT a shot yet, it’s really worth a watch.”

“I knew before I first started watching this show that I would love it. Nail salons can be the craziest, most gossip-y places ever—how could that not translate well into a drama series? Add to that money laundering and women with so much attitude that you quite literally can’t peel your eyes away from the screen, and you have a damn good TV show to throw on when you just need to stop thinking about everything else going on in your life. When you first start watching you may think it’s all cat fights and drama, but then you meet the lead character’s brother, who suffers from mental illness, and you realize that this TV show actually has a lot to teach about things really going down in the real world. Sometimes you just gotta do what you gotta do.”

The Incredible Jessica James on Netflix

“I have a major girl crush on actress Jessica Williams and a major boy crush on Chris O’Dowd, and the two together have the most adorable, funny chemistry in this movie. It’s not slapstick nor sappy. The writing isn’t predictable, but it’s still relatable, and the writer, James Strouse, lets William’s character be both inspirational and absurd. Both actors have never been more attractive.”

Friends from College on Netflix

“I recently nixed my plans to run errands and instead binge-watched this on my couch. I have zero regrets! In addition to being laugh-out-loud funny, the cast has incredible chemistry and there are so many relatable scenarios. Plus, I’m a sucker for any show shot in NYC, and this one really nails life in the city.”

“I know I wasn’t the only person anticipating the second season of this show, but I hadn’t realized how much I missed it until it returned. It’s just so well done and hilarious and honest, and there are parts of each character where I see myself, or I see my friends, or I know exactly what a certain situation actually feels like for Issa (the character, not the creator). If I don’t get to watch it with my group of friends, we definitely do our own Monday-morning recap with each other. I only wish each episode was 60 minutes, instead of 30!”

“I used to work in Film and TV so it’s ironic that my friends constantly harass me about not being up-to-date on the latest shows. It’s true! I am five years in the past, watching shows people obsessed about years ago now (I’m almost done with Breaking Bad…) I actually can’t talk to most people about TV without yelling, ‘NO spoilers!’ but I’ve also probably seen every movie they’ve never heard of. I also tend to watch shows that I love over again instead of committing to a new one, which is what I’m currently doing with Twin Peaks. There isn’t a thing about it I don’t love, from the plot to the bizarre dialogue to the incredible production design. It’s just so stunning to watch, I never know where on screen to look. And now that David Lynch has created a new season, there’s never a better time to start watching if you’ve never seen it!”

The Defiant Ones on HBO

“Although this series is only four parts long, it definitely has been my favorite (albeit short) binge watch of the summer. The stories of both Dr. Dre and Jimmy Iovine are so inspiring and also remind people that you don’t need to go to business school or be top of your class to be wildly successful. Seeing these two great minds come together with a dope soundtrack, and the twists and turns, made for truly great television. Plus, I can’t resist a cameo from Eminem.
*ed note—this show is also a tie with Younger. I can’t help myself…”

“I was quite surprised when I watched this show because it wasn’t what I expected but it was everything I realized I wanted! The show is about womanhood and the battle each woman faces within marriage, self, raising kids—it’s well rounded. The plot thickens just when you least expect it and to me that’s what makes a great show. Plus, it was shot in Maine so the visuals were artfully and tastefully done. Reese Witherspoon, Zoë Kravitz, Nicole Kidman, Laura Dern, and Kathryn Newton star.”