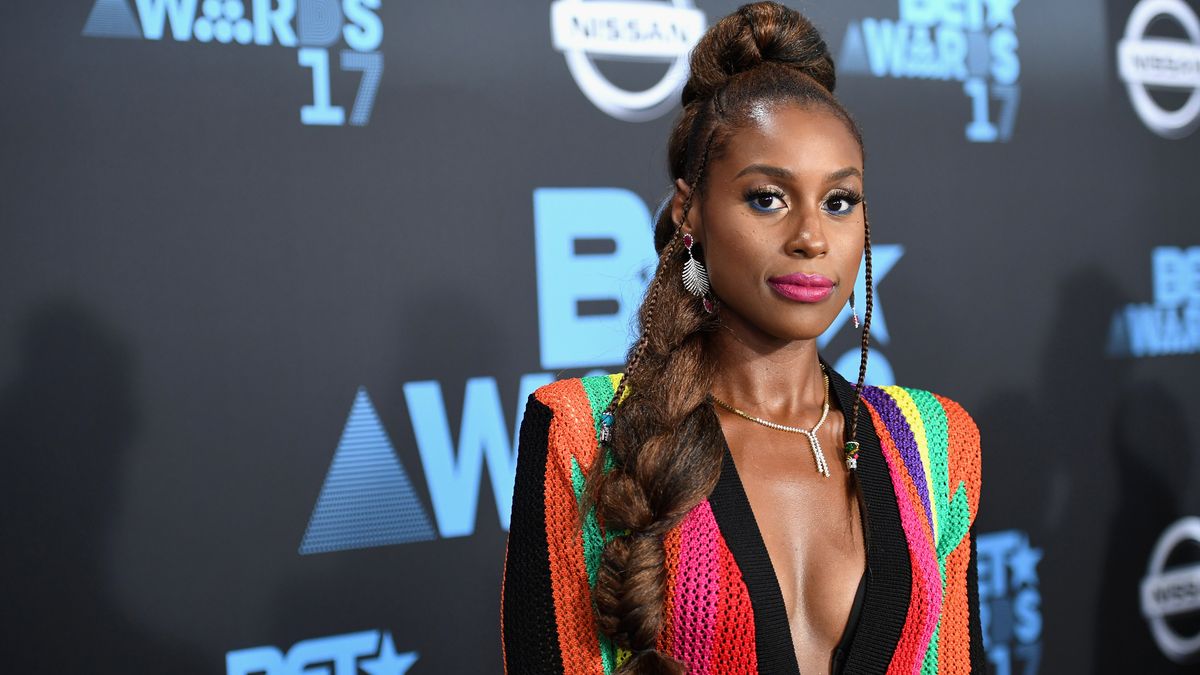 With season two under way, Ayanna James shares her edits on what your closet needs to get you back in the dating game.

Weekends in the summer are usually all about a backyard/poolside/park situation and libations. Being glued to your sofa and trying not to blink at your television is probably the last place you’d think you’d want to be, but HBO’s Insecure makes you want to replace your adult beverage with some adult issues on a Sunday night. Since its Internet-breaking season one finale, fans have been trolling not just star and creator of the show Issa Rae; they’ve tagged the show’s costume designer, Ayanna James.

We’re only one episode into season two and viewers are already asking James about every article of clothing. So we decided to help take out some of the guesswork and get you some answers. We talked to the L.A.-based stylist (who also styles Rae for the red carpet and appearances) on how she hit the reset button, what a revenge wardrobe looks like and the term she thinks best describes the cast’s attire.

What should a revenge wardrobe consist of?

“I feel like a revenge wardrobe would have anything that makes you look your best, so it always highlights your best attributes, right? In terms of Lawrence, Jay Ellis is 6'3" and a former model and athlete, so he’s in great shape so everything on him looks good! So we gave Lawrence some really dope sneakers. That’s one thing that you definitely have to look out this season for him; we went in. Jay and I are very proud of what we were able to do with the whole sneaker game, like it’s revolutionary. You have not seen this on television! You just need the basics for a guy. You need a good black jacket. It could be leather or a blazer. You need a nice pair of fitted jeans. If you don’t have a big budget, Levi’s, I think the 511’s are a good slim cut. They’re not too skinny but it’s a very nice slim cut. If you have a little bit of money to splurge, I’m a big fan of Nudie jeans and Joe’s jeans, I love the feel of those. So those are two jeans if you have a little bit of money to spend. And if you have a little bit more, G-Star jeans are great as well if you have a tall, nice, slim physique, that’s always a good look for you. And just a nice pair of hard-bottom shoes; you don’t have to do too much, you can go to Aldo. They have good options for guys. Add a nice pair of sneakers. Doesn’t matter what color, but just a nice pair. That is your revenge wardrobe! You can open up the top two buttons as a guy, show a little chesticle. And have a nice watch! I love a nice watch on a man.”

What about if you’re on the rebound like Issa’s character?

“It looks like, in the day-to-day because you have to stay ready because at any time you could get caught, right? Someone could try to catch you. So it’s a nice pair of fitted jeans. I have her in a lot of mules and stacked heels, you know. Nothing that shows you’re trying too hard but still a little heel. She always wears a cute blouse or top and a jacket to go over… She’s jumped ship, she’s like completely tucked away her old ways and habits and she’s really out there trying to put her best foot forward in getting Lawrence [back] or in dating. She’s just trying something.”

On what she wants the cast’s wardrobe statement to be…

“The costumes are so woke this season…they’re just so woke and I think that’s what people are picking up on…It’s kind of like code switching in wardrobe. So there are elements that are very black, especially in Issa’s wardrobe. And this time around Melina [Matsoukas] had a very specific vision. And we’re getting a bigger reaction than we expected, but that’s what we set out to do.”