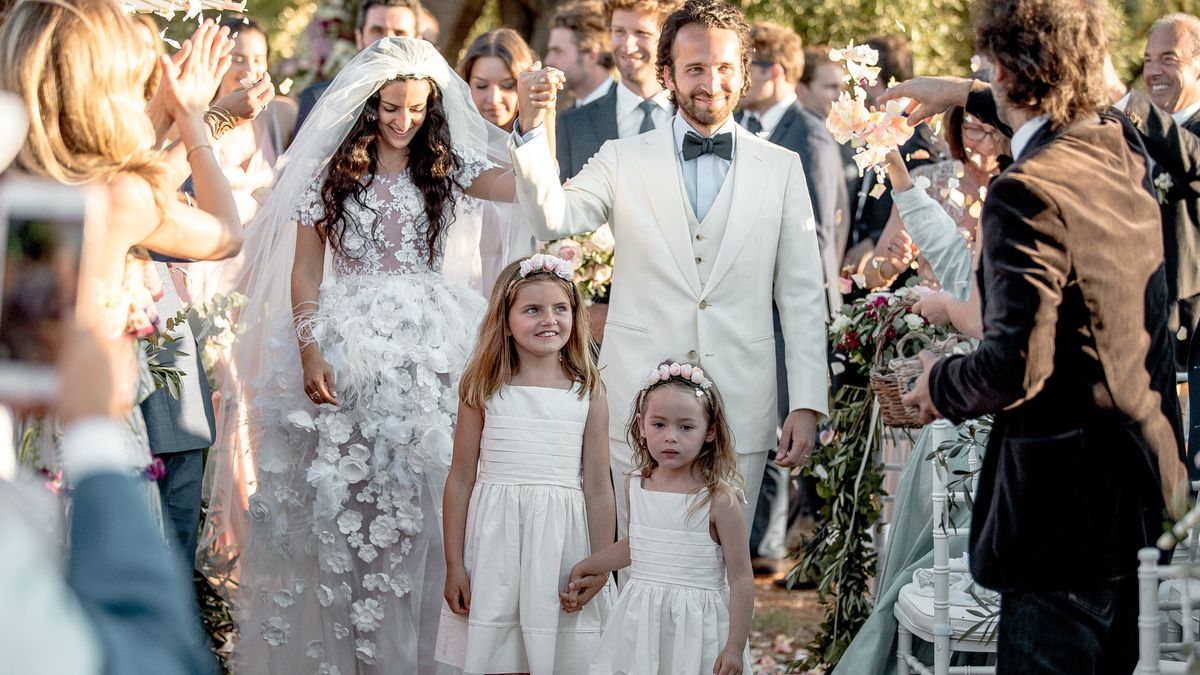 This Wedding in Puglia Was One Big Party

The dresses were custom, the guests were glittery, and there were three nights of celebration.

When you launch your festivities with an all-out bachelorette weekend in Marrakech, you must continue in a similar fashion. In other words, if you’re Tara Ghazanfar, designer and founder of London-based bag line Tara Zadeh, and you’re getting married, the party continues—for three big days, in Puglia, no less—and no man or woman gets left behind.

If it sounds like fun, well, there’s nothing much to say other than that it was—if you can trust the bride (and in this case, you can). Click through the gallery to get a firsthand telling of her husband, Jeremy Hibbert-Garibaldi’s proposal (it involved a cliff in the South of France and champagne, bien sûr), why she traveled back to Iran three times to have her dress fitted, and the three-night party—and all of the subsequent custom outfits they called for—that was Ghazanfar’s wedding. To say it was an extravaganza would be to short-sell it, because it was an extravaganza set at a UNESCO world heritage site. That’s right. If you’re anything like us, your secret wedding Pinterest board just shifted gears entirely.