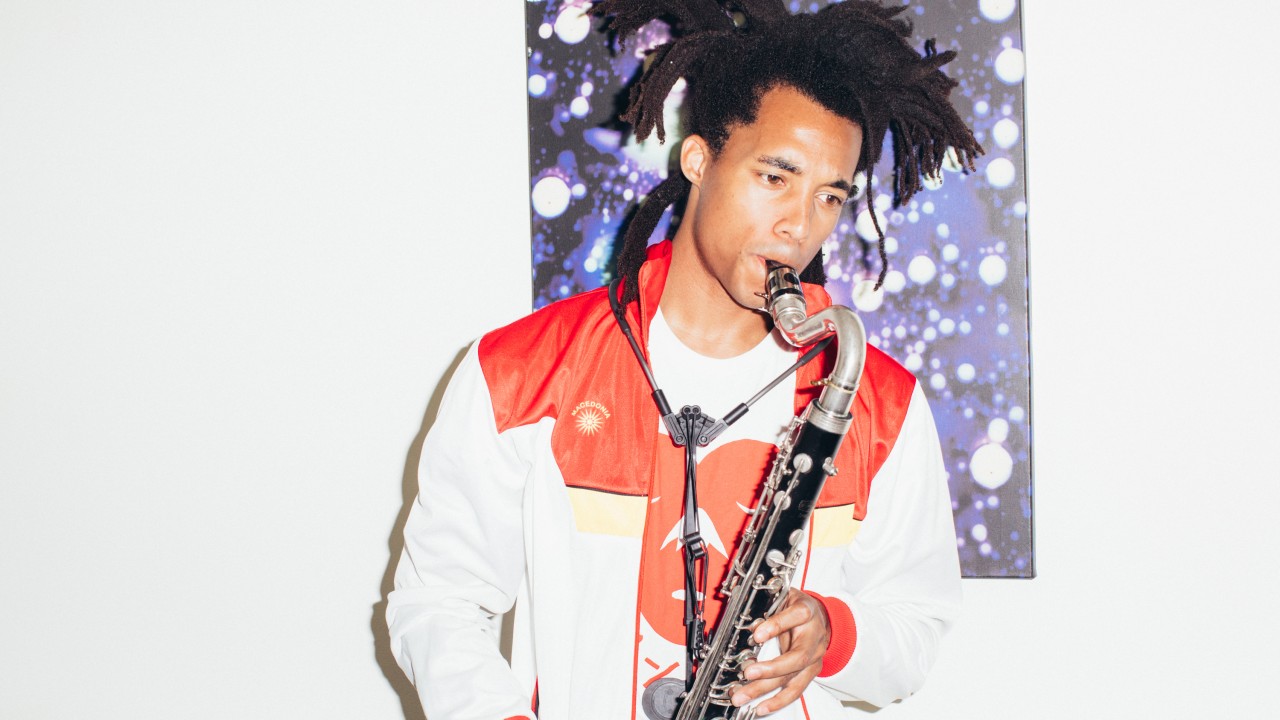 He sketches on the side, still uses a flip phone and has a strong love for Skittles.

Remember picking an instrument to play in high school and spending the next year or so trying to perfect it, while annoying the eff out of your parents when you practiced at home? Well, that wasn’t the case for Texas-native Conner Youngblood, who was so musically inclined he jumped from instrument to instrument mastering five and knowing how to play a tune on another 15 to 20. Youngblood started his music career in band class in the 5th grade and now, as a 27-year-old, has one EP and multiple singles under his belt and is currently working on his debut album. With influences by way of his parents’ musical penchant for Stevie Wonder, Aretha Franklin and Traffic creating his foundation for love of music, he’s now largely inspired by films and their soundtracks. We caught up with the musician in New York ahead of his tour to talk pre-show rituals, his songwriting process, and his candy addiction. 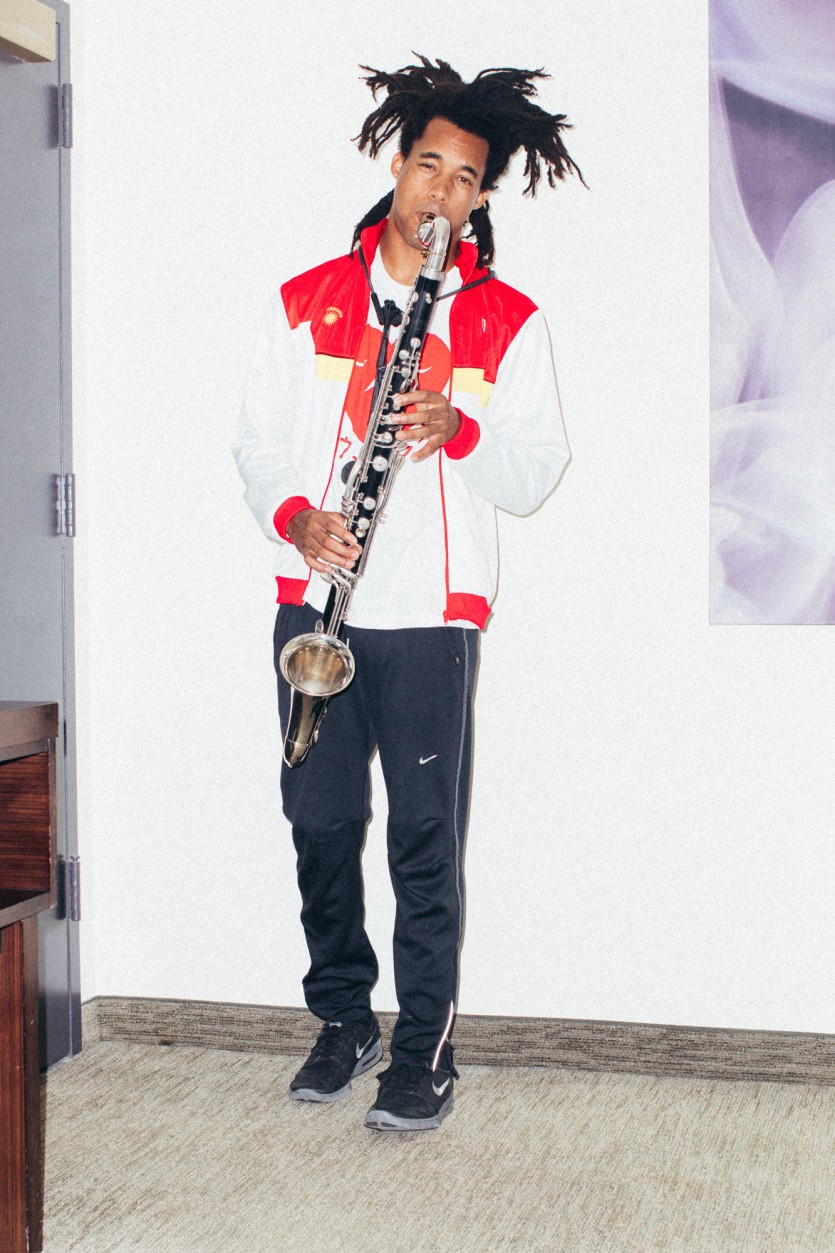 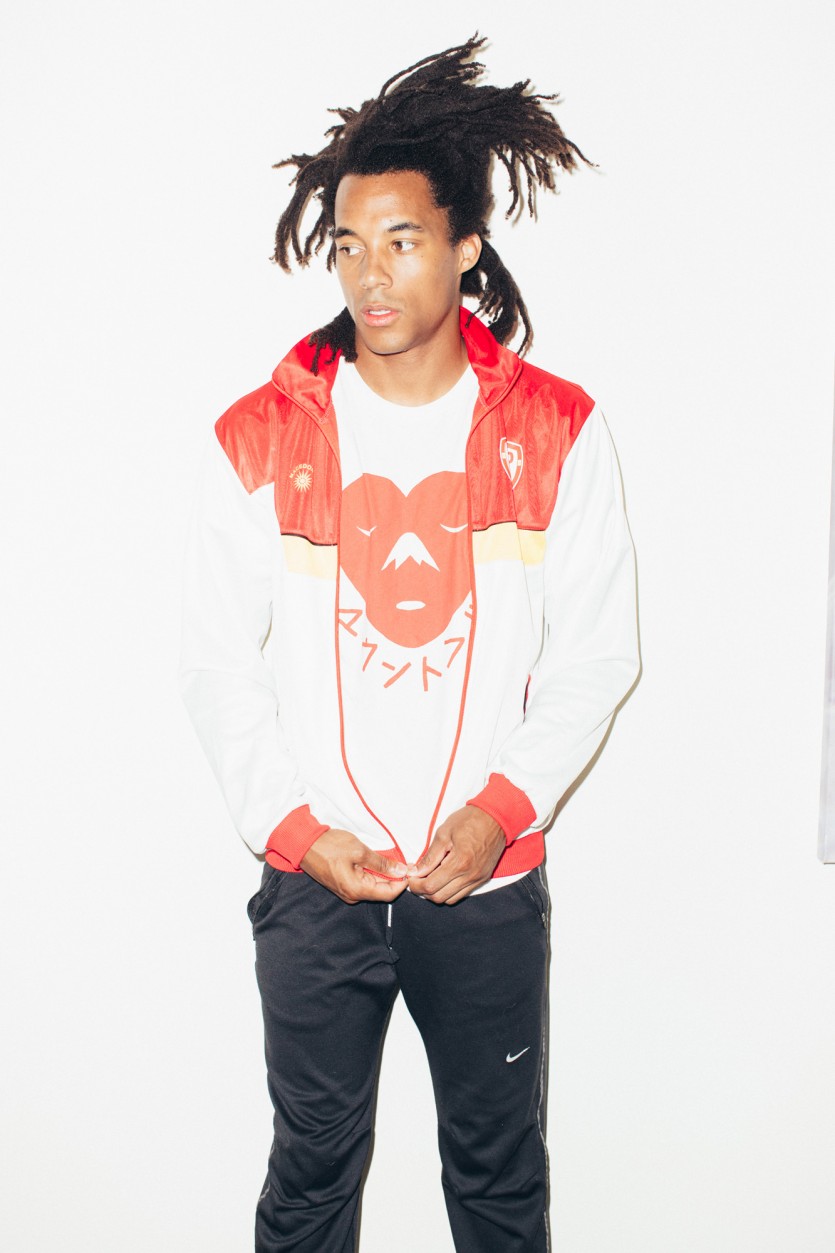 When you’re born to be a musician:

“When I started band, [I played] clarinet but wanted to play drums—my parents thought it was too loud. Eventually, I got bored with clarinet, went on to guitar, got bored with guitar, went on to banjo, got bored with banjo—actually I never got bored of the banjo—but just went to thing after thing. I’ve never stopped playing an instrument. I got a little starter steel drum kit last week, it’s awesome.”

How he would describe his music to someone who has never heard it:

“Ouch [laughs]. Typical Dallas sound mixed in with...what else? I like to say it’s singer-songwriter at heart because it’s just me writing and singing, but there’s a lot more production value to it. I try to make it as pretty as possible, cinematic as possible, and every song different. That kind of sums it up: pretty, cinematic, singer-songwriter music.” 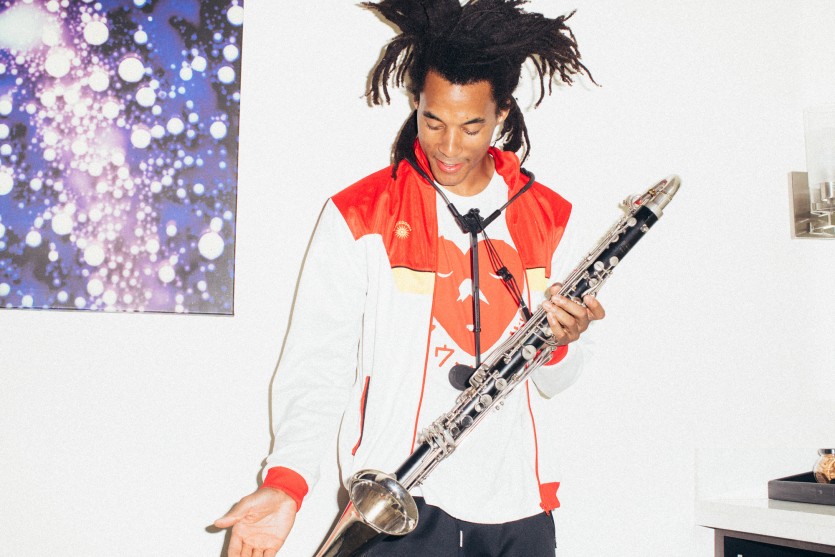 He began producing by fluke:

“It was kind of just forced upon me at first. I realized there’s a lot more than just singing and playing guitar at the same time, and calling that a recording. My mind has been blown every single time I’ve been in the studio, and I’ve realized there’s something new in the production. Even the simplest things—I remember the first time I realized I could sing more than one layer of vocals on a song, and I thought that was the coolest thing ever. Learning that you can split things left and right and I can speed up drums, I can slow down drums, I can drop things off, it’s just a long process. I work with an engineer who’s taught me a lot of things along the way.”

Film is his #1 source of inspiration:

“Movies and music [are my inspiration]. I’d say film in general; I’ve watched more movies than [I have] listened to music. In terms of songwriting, what I want to write about a lot of times comes from traveling or movies, and then production value ideas or lyrics come from other musicians, books, and people.” 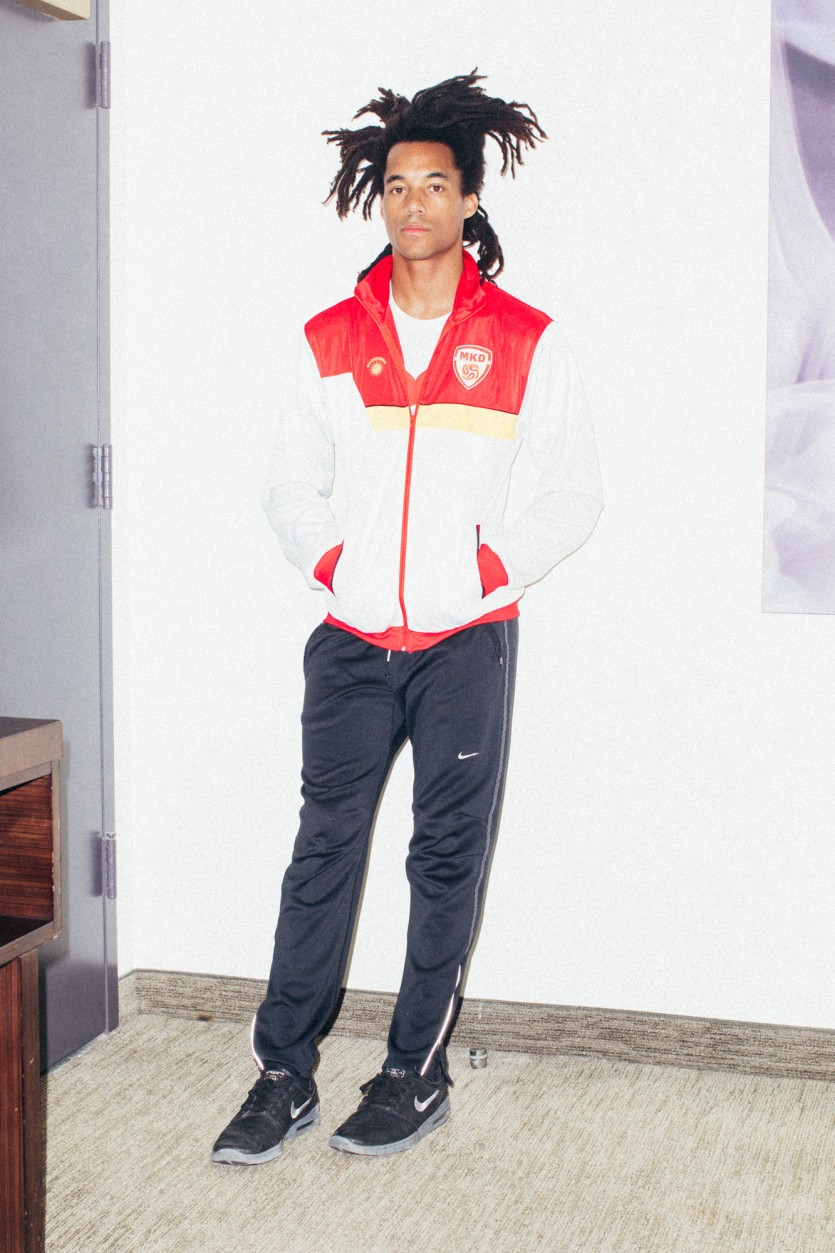 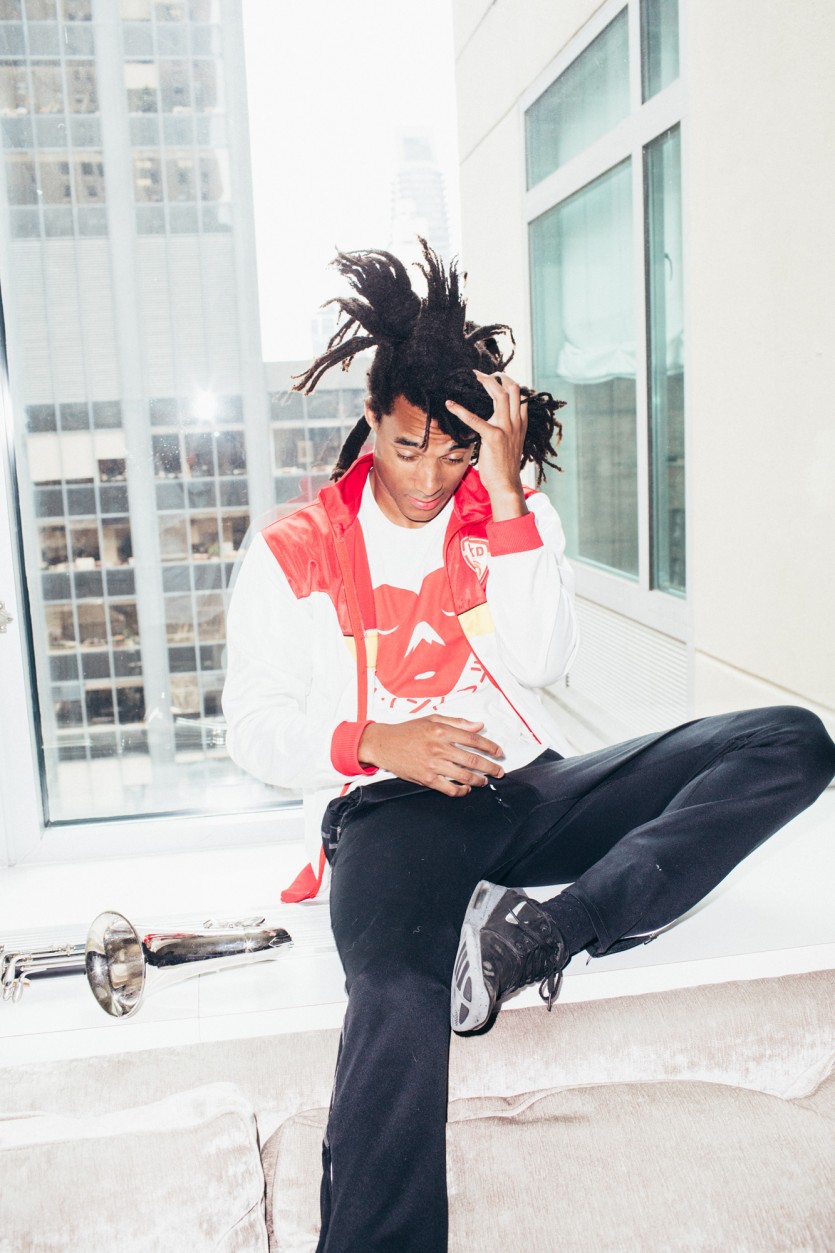 “A lot of times I end up writing songs in twos. I’ll start a song and not finish it and then on the same session, in the same key and tempo, I’ll start writing a different song to a part of that lead or instrumentation, and come back and finish the original one. I’ve done that a bunch. Same interpretation without making it sound too identical.”

“I went on a trip with two friends [to Finland] to do a music video that actually hasn’t been released yet, but it was a week of going up north to the Laplands and renting a car, driving around, eating reindeer, ice swimming, saunas. It was awesome.” 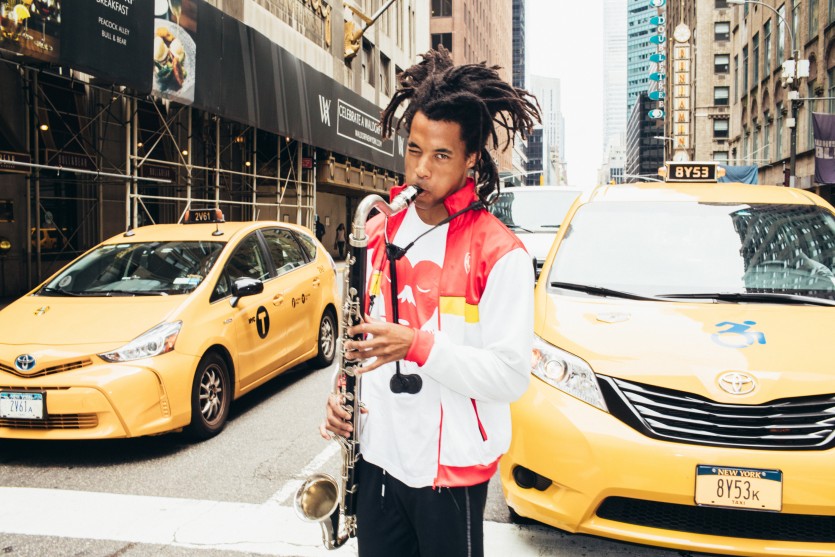 Skittles are also his area of expertise:

“I actually have just been told that I do have [a rider]. It was forwarded to me a couple weeks ago. I told them to delete everything besides candy and water because I was by myself and it was stupid, like sandwiches platter, beer, this, that. Skittles would be the easiest [candy]. I had these ones a while back, they’re like carnival flavors—yellow bag, that one is really good. I think all skittles are great, although I don’t like the blue bag as much, the tropical flavor? The purple one’s the worst.”

“I don’t have an iPhone, I have a flip phone. I remember a while back my manager wanted me to get an Instagram [account], and I was like, alright, I have an iPad, I can do it on that. I always feel dumb bringing my iPad around because that’s the only way I can take photos. A lot of the photos are me taking film photos with a disposable camera or uploading them to my computer after getting them developed, but when I’m in that special mood of really wanting to capture the moment, a good iPad selfie usually does the trick.” 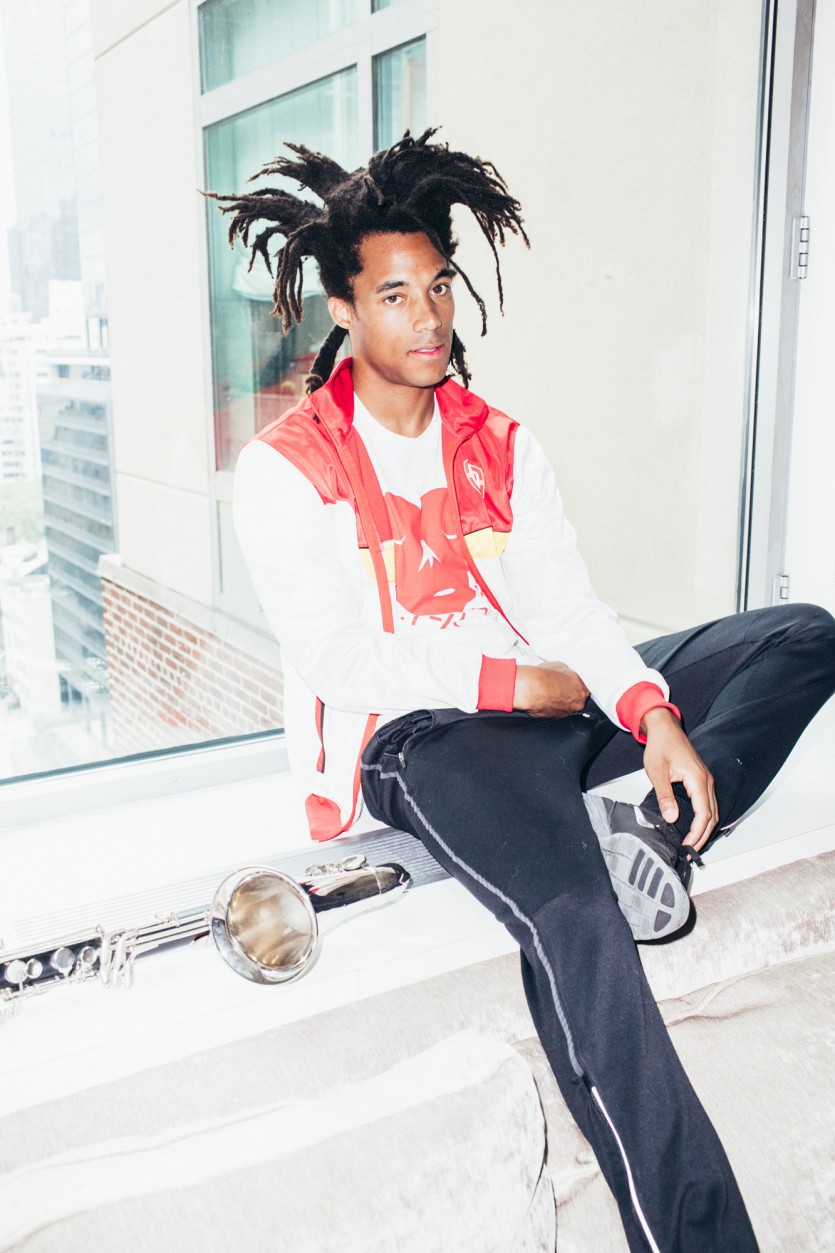 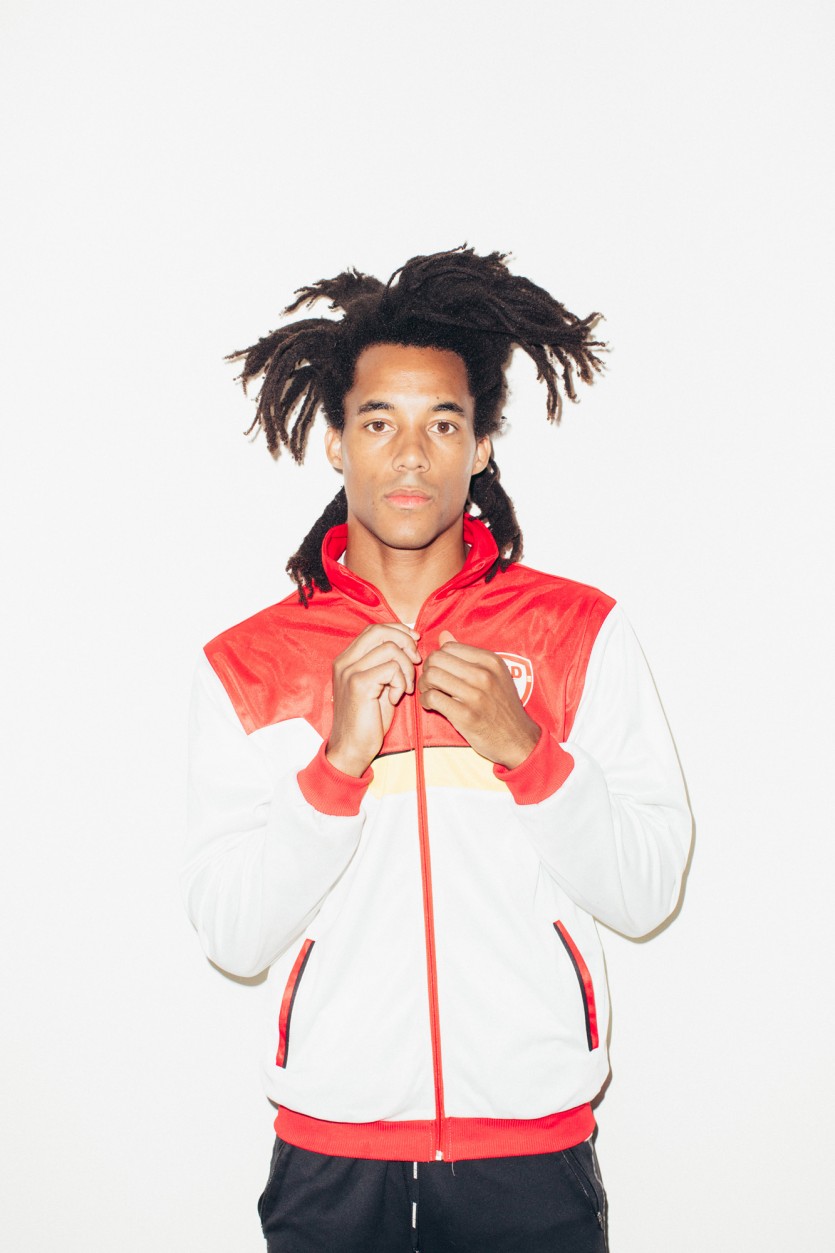 Why there’s always a sketch to accompany his songs:

“I found a love for drawing through taking some classes in college, but I wasn’t good, believe it or not. I try to do [a sketch] for each song now. It’s usually like an item around my room or something, something very random or some images come into my head throughout writing and singing the song. For ‘Australia,’ I drew a picture of Australia, whereas for ‘Finland,’ there’s a picture of three birds. I do put a lot of thought into it—it has to make sense.”

The rapper he is dying to collaborate with:

“The list is always changing, but Young Thug would be pretty cool. He’s my favorite rapper by a long shot. I feel like he’s not even—I mean, it’s definitely rap, but I feel like he can do something on a bunch of types of instrumentals and he would just apply his voice and make it weird and cool.”

The emoji that best describes him:

“Emojis on my phone just turn into squares, so I’m probably just going to go with a box.”