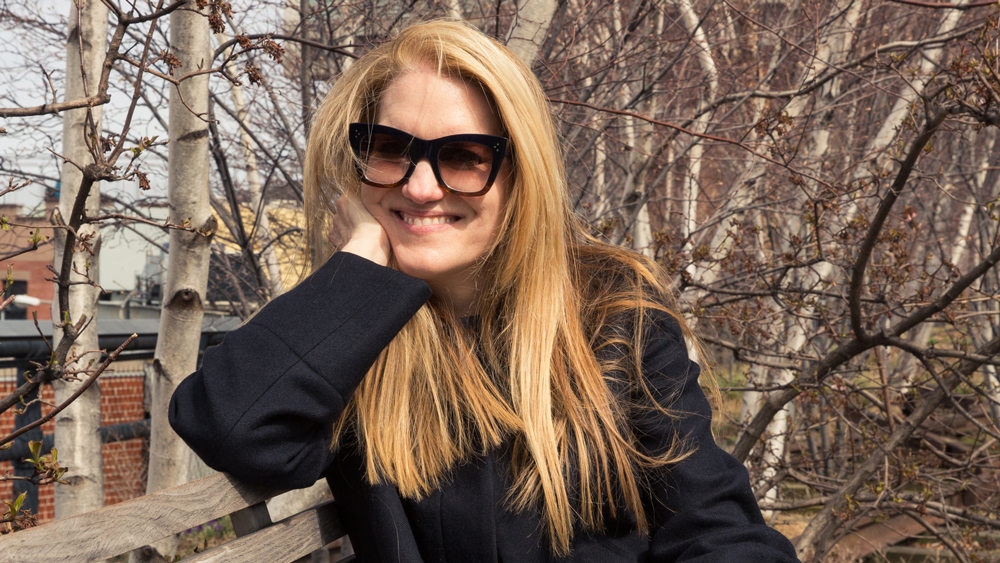 Even Beauty Editors Spiral Out about Their Hair Color

In this age of "fake news," Jane Larkworthy embraces her fake hair color.

Last week I had breakfast with Jamie Rosen, the beauty director of Town & Country and a former colleague.

As we sat gobbling down our oatmeal and berries at the Whitby Hotel, she smiled at me. “I’m so glad you went back to being a brighter blonde,” she said. “It’s happier and sunnier, and it suits you.”

“It suits you.” From her mouth to certain colorists’ ears.

After a year of taking my hair to darker and darker tones, I had decided to come home again. Now, that home might not be eco-friendly or all-natural, but it was my chosen home, and I was ready to once again take on its heavy mortgage and monthly maintenance.

Some lies are meant to be perpetuated, like the hair color we choose to lay claim to. Like many bottled blondes, I self-righteously defend my peroxide-embossed locks with the Born Blonde defense, despite the fact that my towhead had darkened by the time I entered kindergarten, and most people I grew up with do not remember me as a blonde.

Nevertheless, I’d blonded up in my early twenties when I first sat in Jeffrey Stein’s salon chair up on Madison Avenue. But last year, after decades of highlights, followed by years of highlights over base color to cover the infiltrating gray, I decided it was time to stop living the lie.

My eyes met my colorist Gina Gilbert’s in the mirror as I put forth those daring words from my chair: “What if we went darker?”

She wisely held her tongue and let me continue. “I mean, I don’t really have the right coloring for blonde anyway, right?”

“Yeah,” she said, sort of drawn out, then patted my shoulders. “I think if you went darker, it could be really pretty.”

To be clear, Gina was not one of the colorists who had, over the years, told me that I didn’t have the proper coloring for blonde and that I should go darker. As a beauty writer, one meets many hair-color experts, and after you hear, say, six pros tell you that your skin tone is better suited for darker hair, you start to get paranoid and wonder if you’ve been walking around looking like Milo Yiannopoulos.

And so, Gina darkened. And, man, was it liberating. Half the time in the salon chair, and my new color was the perfect match to Oribe’s Dark Brown Root Touch Up Spray, so the grays could be adequately covered, nearly doubling the time between appointments. After a while, I became accustomed to my new un-highlit self, and even started to believe that this darker me was who I was meant to be. Until this happened:

That’s what my new neighbor, Glen, said to me one night at a cocktail party. “It’s not every day you run into another ginger.”

It took a beat for me to realize that he was talking about me. Now, don’t get me wrong; there is nothing wrong with being a ginger. Some of my favorite people are (Jessica Matlin, Grace Coddington, Annie). It just wasn’t what I had been going for. Moreover, I had just started becoming accustomed to being brunette; I wasn’t ready to acclimate to another new color entirely.

And that was when I thought about salt and pepper. Not Salt n’ Pepa. Salt and pepper, although, from the looks of things up there, mostly salt. The idea of never having to color my hair again had an even more liberating appeal than going darker.

I pictured myself as a longer-haired Linda Fargo or Maye Musk. If I followed their lead and severed my ties with Gina, what were the odds that my results would look as sleek and solid as theirs? I remember how Fargo, with her chic signature bob, once told me that she does nothing to achieve her argento, but maybe she’s just genetically inclined toward being the foxiest silver ever.

So I posed it to my hairstylist, Serge Normant. “I’m thinking of going gray.” I smiled tentatively, bracing myself for what I hoped would be an approval. “It’s for an article,” I added when his silence lasted so long it became uncomfortable.

He looked at me with his classic deadpan expression. “Think of another article.”

“No way,” she affirmed, with perhaps more conviction than the topic deserved. “Now is not the time for you to go gray.”

Translation: In this business of youth, stay young. Or, at least, young-looking.

Having joined the world of consulting, certain adjustments have been made to my wardrobe. The suits have been replaced by some sort of denim, the skirts and dresses have been shoved to the back of the closet in favor of pants, and the only heels I wear are in the form of a clog, interspersed with sneakers or sandals for variety’s sake. Until the nice girls at the Wing stop greeting me with “I love your style,” I’m fairly confident in the belief that I am not slipping into she’s-let-herself-go territory. But would growing the roots out be the first stop on the road to Havisham County?

I recently attended a dinner with a bunch of college friends, many of whom I hadn’t seen in over 20 years. Among the group, two women’s appearances jarred me: one who had had her eyes done, and one who had let her hair go gray. I surprise myself when I write this because not being able to detect a face that has been pulled back too tightly to make room for a new one is something I find quite disturbing and keeps me at a safe distance from the scalpel. Nevertheless, the gray hairs had me tossing and turning all night. Marcy was right (Marcy is always right). Now was not the time to go gray. I emailed Gina.

Still, I was ready for a change. The truer, darker auburn had, frankly, put me in a funk, and no matter how emphatically Gina and I had convinced ourselves that my complexion was better suited to darker, my spirit was better suited to lighter. “Fuck this,” I said to the mirror. “Let there be light.”

I wanted back into the club.

Blondes are like clubs. There are the Rita Hazan Blondes, the Aura Friedman Blondes, the Tracy Cunningham Blondes, the Sharon Dorram Blondes... Not that they have cookie-cutter signatures, but their clients are loyal. I wonder if that’s the case in Washington, though. Those Trump Blondes could use a “come to Gina” moment. Except Ivanka. (Calm down. I’m just talking about her hair). Her buttery locks, enhanced with just the right levels of depth and tonality, say money. But I can just imagine Kellyanne and Tiffany sidling up to her in the West Wing, playfully bumping shoulders with her and offhandedly asking, “Hey, lady. Who does your color?” To which I imagine Mrs. Kushner demurely smiling. “I don’t really like to share that with anyone. Sorry…”

Ok, that probably doesn’t actually happen, but can’t you also imagine that conversation? “Sorry…” she’d lie, then playfully punch Kellyanne’s and Tiffany’s platinum-tressed shoulders. “What are you two talking about? Your blonde looks great!” before breezing off to Daddy’s office.

But I digress. Hair color might not get you into the White House (well, maybe orange hair color can…), but it is a form of self-expression that is meant to be experimented with. Go lighter, go darker, go red, go blue. Or go gray. It took my friend Sharon McGlinchey, facialist and founder of MV Skincare, and her colorist more than a year and dozens of treatments to remove the proverbial hair-color training wheels and ease her hair into going gray on its own. Sharon was ready. I’m not. Someday, I will be. For now, I appreciate that I have Gina to keep me sunny and blonde—a shade that, when you think about it, isn’t very far from light gray on the color spectrum. But, in my mind, it’s at least one decade away.

Shop Item
Part of the series: