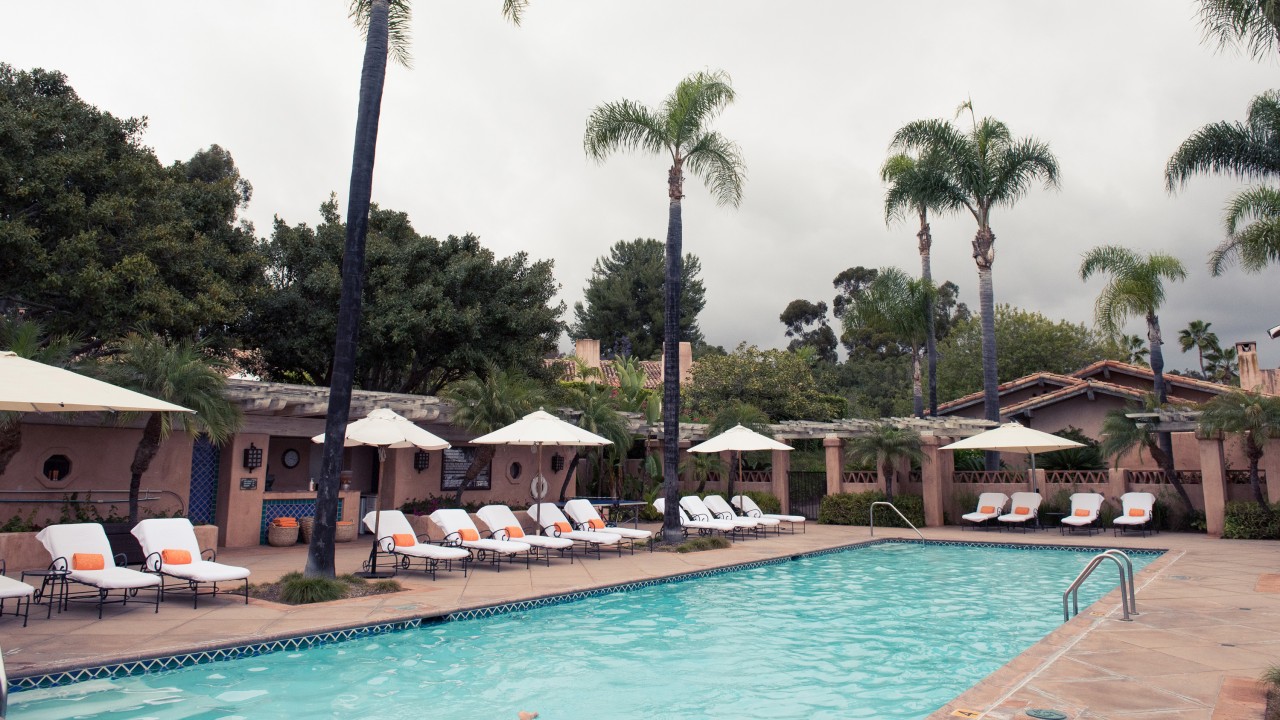 Where Team Coveteur Goes When We Need to Escape NYC

We’re letting everyone in on our best-kept secret destination.

A few weeks ago, Coveteur’s management team decamped to Southern California for a little bit of a creative retreat. What is a creative retreat, you ask? Good question. In our case it meant hours of brainstorming (about new and neat things we’re bringing to the site; get excited!) and, you know, other worky stuff. But it also meant gigantic dinners with the entire team during which many, many bottles of wine (and tequila) were had, a group barre class, strolls through olive groves, and, of course, a little pool time, and it all went down at Rancho Valencia Resort & Spa in Rancho, Santa Fe.

While it all was, in essence, a work trip where we walked away with lots of new ideas and insights, the biggest mind-blower was Rancho Valencia itself. The property is unbelievably beautiful, sprawling across acres of olive groves, tennis courts, multiple pools, an extra-fancy spa, and individual little haciendas for each guest—most with their own plunge pool in the back.

The best part, however, was the food. We spent the last night having a private dinner in the property’s wine cellar, which, no joke, ended with two of us laughing so hard we had to crawl under a table, while two others reenacted a scene from their prom. Sure, we have a distinct advantage in that we genuinely like each other, but everything from the setting to the meals to the activities made the whole thing feel much more like a vacation than anything you should reasonably get paid to do.