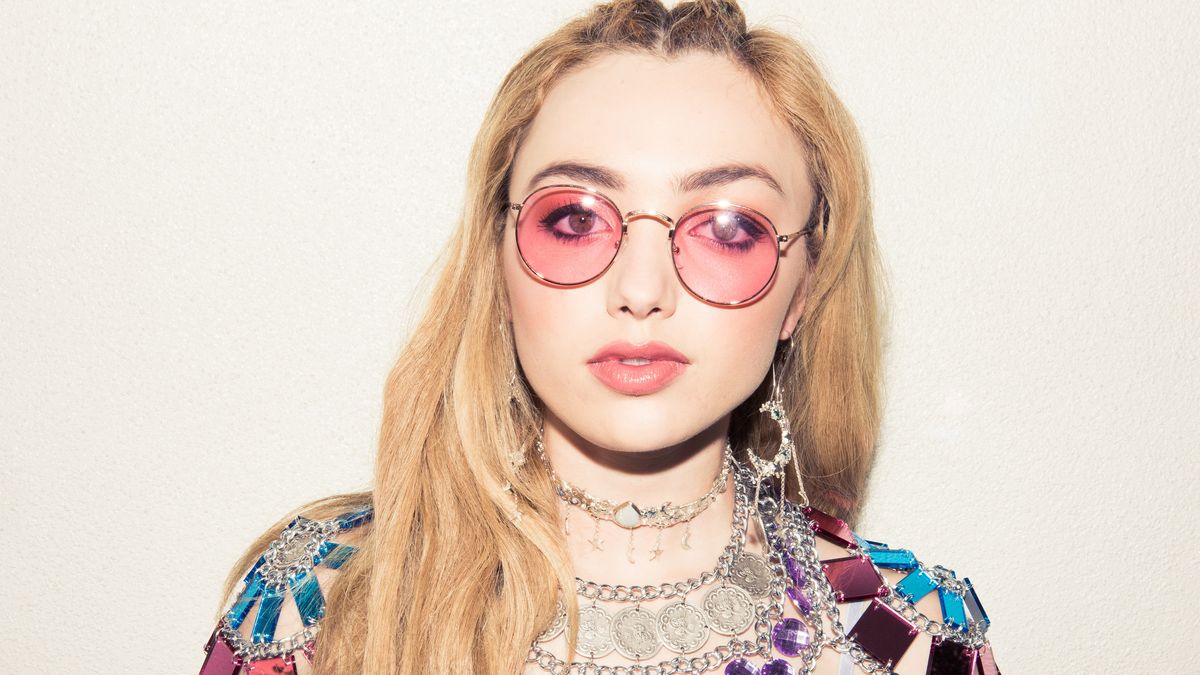 Peyton List discusses the backlash she gets when she posts a bikini photo, and that time she tried...ab cream?!

Sitting down to chat with Peyton List, I had to remind myself she was, technically, still a teen. The 19-year-old actress, who, yes, is best known for her role on Disney Channel’s Jessie and its spinoff Bunk’d, is remarkably mature, well-spoken, and wise beyond her years. As we bonded over skin issues and bad beauty phases, I was suddenly excited to tell all my friends. This girl is the real deal, and everyone—not just teens!—should be following her. If, of course, you aren’t already one of the 11 million who do so on Instagram.

As Peyton gears up for the release of multiple films next year, including Anthem, which is based on a hit novel of the same name, it’s time to get to know her a little better. Find out the crazy amount of lip colors she keeps in her purse on any given day, and why she thinks it’s unfair that people judge her bikini photos.

How many lip colors do you own?

“At one point, I opened up my bag and had 18 different lip glosses in there, because I never know what my mood is going to be throughout the day. If I want to be classy, I’ll throw on a red lip. If I’m not feeling my face that day, if I throw on a color, it just makes everything seem so much better. The other day I was feeling so sick and I did not want to go out, but my family was visiting me, so I threw on a really nice face of makeup and a red lip, and I swear it made me feel a little better. It’s funny how makeup does that. I feel like if I look good, I’ll kind of force myself to feel good.”

Do you ever have skin issues from wearing makeup on set?

“I usually eat badly, so if I start eating clean again, my skin will start clearing up. My skin really does react to gluten or a lot of sugar, so I just have to realize if I’m not going to be getting a lot of sleep and I’m going to be wearing a lot of makeup on set, then something has got to give and it’s got to be food. It’s so tough. I always have, like, at least one pimple. Right when one goes away, another one forms and I’m like, damnit! Hormones!”

What was your biggest beauty mistake?

“I’ve had so many beauty mistakes. Once I bleached my eyebrows to match my hair, because I thought, oh, your eyebrow color should be the exact same as your hair. It looked awful. People thought I didn’t have eyebrows and were staring at me. It was so bad. I also used a product that’s supposed to give you abs [laughs] and you know what? I really don’t think a product can give you abs. It just burned my skin—it stung. I had my brother do it with me because I thought it would be funny…and it was really bad.”

Do you think you’ll ever dye your hair dark?

“I think at one point I will. Once I played a young Katherine Heigl in 27 Dresses, and she decided to go brown, so they put a vegetable dye in my hair. I just thought I looked so bad with brown hair. I looked so average. I was just like, hmm, no, blonde is better on me. But that was also when I was like, ten, so I’m definitely going to try it again.”

Can you tell us a little bit about Anthem?

“It’s based off a young-adult novel. Everyone was so passionate about the project, and I cannot wait to see how it turns out. It was a really good book, and Joanne, the author, was [on set] a lot of the days. It’s nerve-racking to bring someone’s character to life and make sure that you’re doing the character justice, because visually or physically, I’m not what she describes in the book. But she said she thought I did such a good job. That was so nice to hear from the author, because you want to make sure that person is happy with how it’s coming to life.”

Do you think there are misconceptions about Disney stars?

“It’s weird, because Disney stars are normal teenagers. Everyone expects that because they have this show where everything is perfect—bad things do happen, obviously—but I think they just expect them to be really conservative and always cover up and not really be who they truly are. Sometimes it’s funny, because if a friend posts a photo in a bikini, everyone is like, wow, you look so good. But if I post one, it’s like, whoa, you’re on Disney—should you really be posting that? It’s considered so bad. I think some people need to look at their own teenagers and see what their own teenagers are doing versus judging these other teens that are going out. People will ask me like, oh what do you think about Miley Cyrus, what do you think about this person? And I’m like, at least they’re being themselves. Wouldn’t you rather have them be themselves than have them show this fake person to you?”