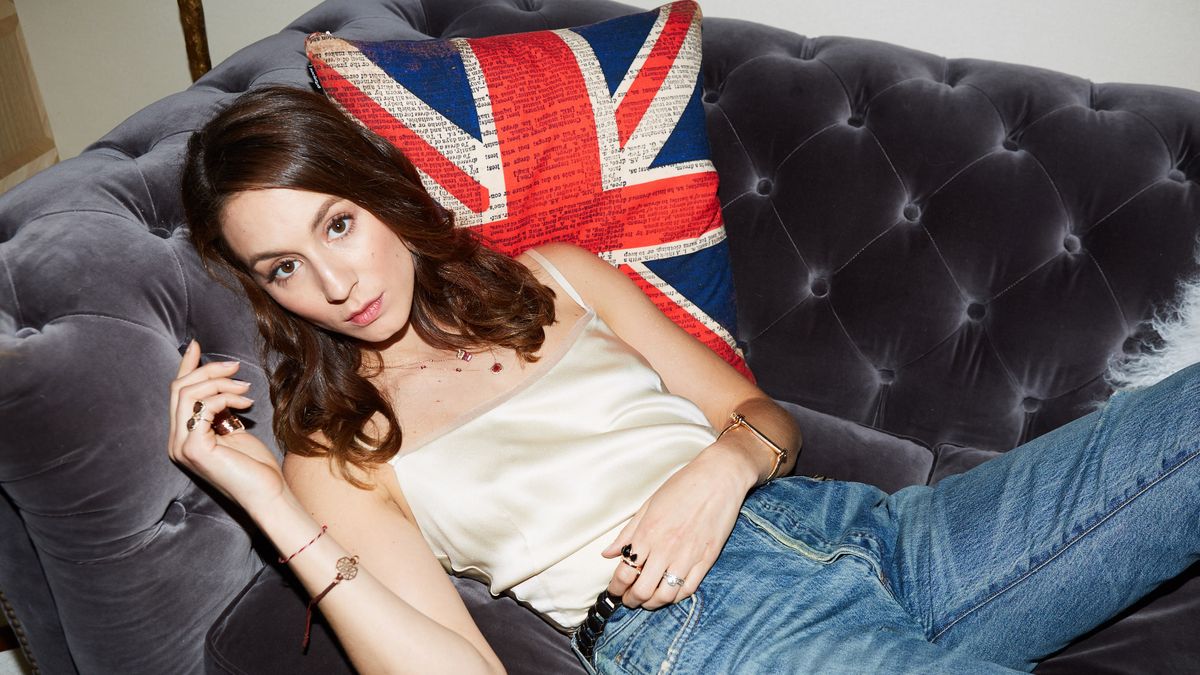 The Pretty Little Liars actress fills us in on life after the hit show.

Troian Bellisario may be best known as Spencer on Pretty Little Liars, but all that’s about to change. The seven-season show is, sadly, coming to an end on June 27, and the actress is about to release her first feature film, Feed—which she wrote, produced, *and* starred in— on VOD and all digital platforms on July 18. Clearly, big things are just on the horizon for this multi-talented star, prompting us to want to know more—like why she went behind the camera and if another series is in her future (please say yes!).

So when we met up with Troian at the London Hotel in West Hollywood, we asked her to spill—and thankfully, she did. Read on for more on her creative process, how her parents inspired her, and a too-cool story about...Lauren Bacall’s nightgown?!

“They say you create new cells—hair cells, skin cells, even the lining of your stomach—and that cycle takes about seven years. So when you think about it, you’re not the same person you were seven years ago. Biologically, I’m a different human being. Yet we were all there for each other while we were going through those changes. There’s something very interesting about that.”

She Once Tried On Lauren Bacall’s Nightgown

“When we were doing the film noir episode, because Warner Bros. has been a studio for a long time, they pulled a lot of costumes from the ’40s. I got to try on Lauren Bacall’s nightgown from The Big Sleep. It was so cool because Joe Dougherty, who wrote the noir episode, based Spencer’s character on Lauren Bacall. Toby was based on Humphry Bogart—our whole scene together was supposed to be a Bacall-and-Bogart callback. It really upsets me, actually, that we didn’t end up using that nightgown. I mean, how could you not use Lauren Bacall’s actual nightgown?!”

“I grew up watching my mother both act in front of the camera and direct, and my father direct and write. There was just something in me—I’ve never been content. I’m really, really curious to actively see why he’s coming at her from this angle, and talking to the director about how they’re going to accomplish this sequence. They were so patient with me for Pretty Little Liars. I would march my way into the writers’ room and be like, ‘Guys, what‘s going on? What’s happening next? What are we doing?’ Everybody was so encouraging to help me learn because they saw I had this curiosity. By the end, it became a thing they were all banking on. Like, ‘Come on, Bellisario! When are you going to direct?’”

And Really Wants to Create Her Own Stories

“A lot of acting isn’t only about having talent. It’s about luck. It’s about walking into the right room and them thinking you have the right hair color, you’re the right height, and you can act on top of it. It’s a lot to wait on and bet on, and I don’t necessarily feel comfortable just waiting around for that to happen. I like working too much. I like telling stories too much. So it was important for me to create my own world, not only that I could act in, but that I could continue to tell stories from.”

Feed Was Inspired by Her Own Experiences

“All of my stories are kind of closely related to themes and experiences I’ve had in my life, even if the [main] character isn’t like me. Feed was my own, very personal story dealing with mental illness, but it’s not from my point of view. I wanted to take the themes of that [experience] and tell it in a completely different way, so that I could touch on it, but not have it be about my own life.”

She Would Definitely Do Another TV Show

“Absolutely! It’s an incredible long form of storytelling. It’s really shifted, because for a while, television was just sort of like, ‘What are they going to get up to this week?!’ But it’s always kind of the same thing. When I first saw Six Feet Under, it changed the way I looked at television. I’ve spent so much time with the Fisher family that I love them in a way that I couldn’t love even my favorite characters from movies. Only television can do that.”