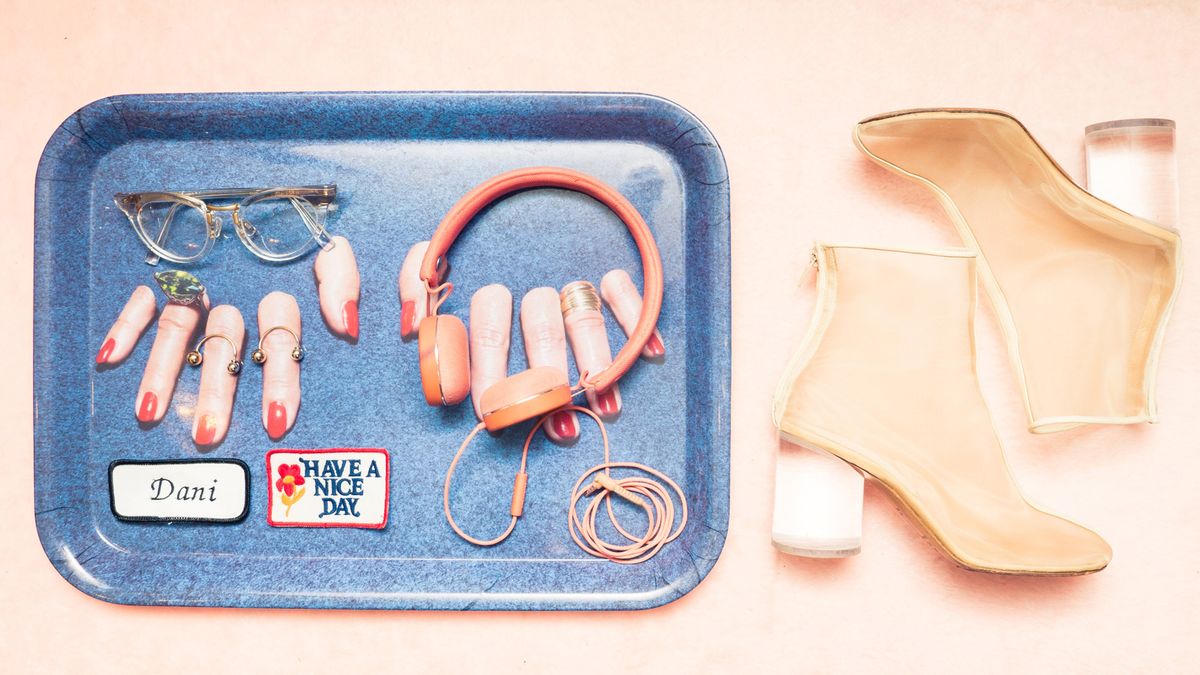 Do AirPods come in glitter?

Last December, the fashion magazine for which I worked for a decade and was fashion and beauty director, went out of print. Just like that, I was in a melee of freelancers wondering what I’d do next. Which is exactly when I thought: beauty podcast! Even more encouraging, when I searched “beauty” in iTunes, there were, like, two-ish. In the cluttered world of beauty blogs, YouTube channels, and Instagrammers, the white space was blinding.

But that was six months ago.

In March, my co-host Jill Dunn (formerly of ELLE Canada and now a beauty expert on TV) and I launched Breaking Beauty, a monthly podcast where we interview founders like Mathilde Thomas of Caudalie skincare and dry mask inventor Nannette de Gaspé, about how they broke into the business with their million-dollar idea. Like NPR’s How I Built This but for beauty-heads, the commentators (us) have actually test-driven the merch (and loads of their knock-offs). Clearly, we were onto something. Soon after launching, our Google alerts set to “beauty podcasts” started to blow up.

Early last year, Teen Vogue’s Jessica Matlin and Marie Claire’s Jennifer Goldstein burst onto the scene with Fat Mascara. “Two beauty editors, unedited” is how they sum up their shtick. Matlin devised the concept when she noticed that the best stories—the candid conversations between editors that happened in cars on the way back from launch events—were left on the cutting room floor. “I love this industry and the people, so when I was listening to Marc Maron[’s podcast] I thought, ‘I should be doing this about beauty,’” remembers Matlin.

Having access to the beauty A-list—celebrity makeup artist Charlotte Tilbury, Glossier’s Emily Weiss, the occasional actress—in their day jobs makes finding content easy. With help from a top-notch production company, Embassy Row, the weekly took off, attracting a new breed of podcast listeners. “I’ve been voice-recognized twice in a movie theatre,” says Goldstein. “They were like, ‘Fat Mascara?’ And I was like ‘Yeah, am I talking too loud?’ It was really cool because they weren’t publicists or makeup artists, they were just regular girls.”

But the great thing about podcasts is that all you really need to start one is a mic and freebie sound-editing software. Former OK! Magazine beauty veteran Emma Gunavardhana taught herself how to use Apple’s built-in GarageBand to produce The Emma Guns Show, which she launched around the same time, as a way of standing out among London’s competitive freelance crew. Each week, Gunavardhana interviews subjects like the 2 million subscriber-strong YouTubers PixiWoo, then does the editing and royalty-free music-splicing herself. When she chatted with Sali Hughes, the author of the book Pretty Iconic, in her home, the super influential columnist’s dog barked away in the background. “The feedback I’m getting is that people enjoy the fact that it’s not too structured,” says Gunavardhana. “It’s like a conversation between friends.”

Then there’s Full Coverage, a bi-monthly podcast “for beauty junkies by beauty junkies,” created by magazine writer and rom-com author Lindsey Kelk, who contributes to Hello! and Glamour in the U.K., and Harriet Hadfield, a celebrity makeup artist who’s shot with Allure and Vogue Italia. This British-born, L.A.-based team, who busted in this past March, go microscopic on the latest cosmetic finishes, buzzy shade extensions (Stila’s liquid eye shadow in its summer mermaid collection, for example) and viral trends—all with a little bit of cheek. “We’d always be out talking and one of our friends [would say] ‘OMG, you guys should have a podcast; I could sit and listen to you two all day,’” remembers Kelk. “And we were just like, ‘Maybe we should!’”

But the year is young. Arriving imminently, according to their Twitter account, award-winning New York Times contributor Rachel Syme and fellow culture writer Helena Fitzgerald, the creative minds behind the everything-related-to-fragrance newsletter, The Dry Down, will soon take their talents into audio. And this summer, Toronto-based editor Sarah Daniel (previously of ELLE Canada and Fashion) will debut Hidden Beauty, which she equates to long reads for the ears. “What I loved about magazines was being able to tell these great stories, and then I found that those stories were being told less and less, because there was no real estate in the section, because advertising was down,” says Daniel. Expect Radiolab-level storytelling about the most iconic moments in beauty history (think an interview with the woman behind Ziggy Stardust’s hair transformation). It will also explore beauty’s rites of passage and how they shape our lives—for example, a smart as-told-to essay on shaving one’s legs for the first time.

Now that delayed commute isn’t sounding so ugly after all, is it?