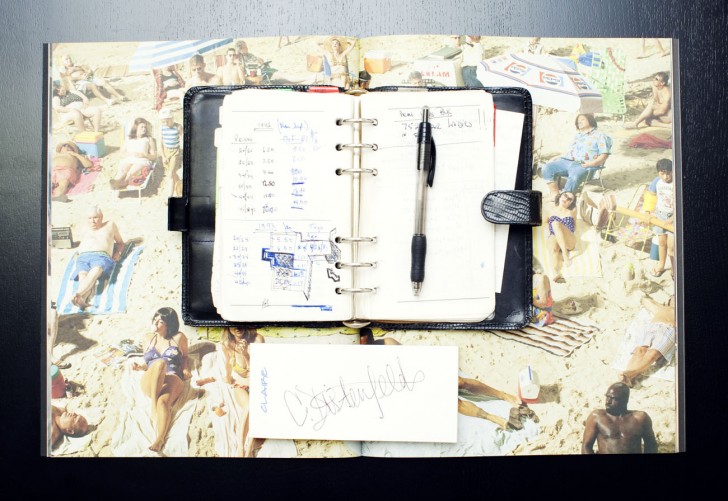 We Couldn't Believe How Easy It Is to Run For Office

I mean if Donald Trump can do it...

How often do you read the morning news, or listen to your favorite podcast, or catch a daily briefing on TV or in your inbox, and think, WTF IS HAPPENING? Yeah, us too. It’s hard to deny that the current political climate in America is slightly, for lack of a better word, INSANE. And no matter how you identify along party lines, the fact of the matter is that there are significantly less women in government (only 20% of Congress is female) than men. You don’t need us to tell you, but that figure is alarming. How can our elected representatives affect the change we want if over half of those people might misunderstand, or not care about, the issues surrounding women? Luckily, there’s a solution to change all of that—run for office yourself!

If you think that’s easier said than done, allow us to introduce Alexandra De Luca, the deputy press secretary for Emily’s List, an organization whose sole mission is to put women in office via recruiting, mobilization strategies, and on-the-ground support. Our phone call with her was a serious call to arms for any woman interested in getting more involved in politics, and we couldn’t help but feel both a swell of pride and an urge to fight—fight for our rights, fight for better representation, fight to have a seat at the proverbial table. We have all the potential in the world—it’s just about knowing where to begin. Below are the 7 steps you need to follow in order to run for office, because, in case you haven’t heard, girls run the world (!!!).

“Getting a sense of what you’re really passionate about and what you want to defend or fight to fix is crucial. It can be as local as getting a stop sign in your neighborhood to making sure that Roe V. Wade remains the law of the land. That allows you to start thinking about what types of elected office positions are out there. There are school boards, water [safety] boards, county commissions, city council, neighborhood council… If you’re passionate about something, there’s probably an elected position that is focused on working on that issue.”

“If you want to run for school board because you’re really passionate about education in your town or in your county, you want to look up when school board elections [are held]. Who is in the seat? Is there an incumbent? What does the demographic makeup of that school board look like? Are there going to be debates? There are a whole bunch of questions that are around these different seats.”

“Emily’s List is the nation’s largest organization dedicated to electing women in politics from school board to the Senate—even President. We’ve been doing this for 33 years. The majority of women [we speak to] are first-time candidates, they all have questions, same as you, and we are prepared to answer. We’re doing trainings in 21 states and counting. Who even knows how many we’ll do in 2018?”

Get involved in your community

“Go to your city council meeting. Go to your local Democratic party meetings or your Republican party meetings. We need more Republican women running for office, especially if we want to [achieve] gender parity. Volunteer in your community. You’re going to find out who are the leaders in your community, and those are going to be powerful allies who stand with you as you decide to run [for] office.”

Reach out to your network

“Talk to your support groups. Talk to your friends and family. These are going to be the people who are going to be writing you your first check and your first supporters, financially. They’re going to be the people knocking on doors with you, making calls, addressing envelopes. It’s an absolutely worthy and worthwhile lifestyle change, but making sure your friends and family are with you and that they’re as excited as you are and they’re able to act as your most effective surrogates, that’s also critical.”

Realize that you’re not alone

“Through the entire 2016 election cycle, which is two years, we heard from 920 women who came to us looking to run for office. Now that is 14,000, and it’s growing every day, in all 50 states and the District of Columbia. So, after the Women’s March we launched Run to Win, the largest ever national recruitment campaign in our organization’s history. And almost half of the women that came to us after election day are under the age of 45, which is remarkable.”

Be the change you want to see

“Running for office is accessible to all women in this country. You don’t have to be a tenured law professor with thirty years behind the bench to run for office. You can be a single mom with two kids who is ticked off about the state of her city or her state, who wants to do something and make change. We need those diverse perspectives of women in office who get what it means to have college loans. We need women who have worked three jobs in order to support their families. We need women who were in the armed forces. We need women from diverse backgrounds. We need black women. We need Latinas. We need LGBT Americans. We need women of all backgrounds. We’re here at Emily’s List to be myth busters for these 14,000 women who come to us asking the same questions. ‘Really me? Can I do it?’ Hell yeah, you can! These women are going to be in the pipeline of women candidates and leaders for generations to come.”

Be sure to contact Emily’s List for more information about running for office, and encourage your friends who are beginning their careers in public service to seek out as much information as possible. It’s never too early, or too late, to be a vital part of the political process, so get out there and run!