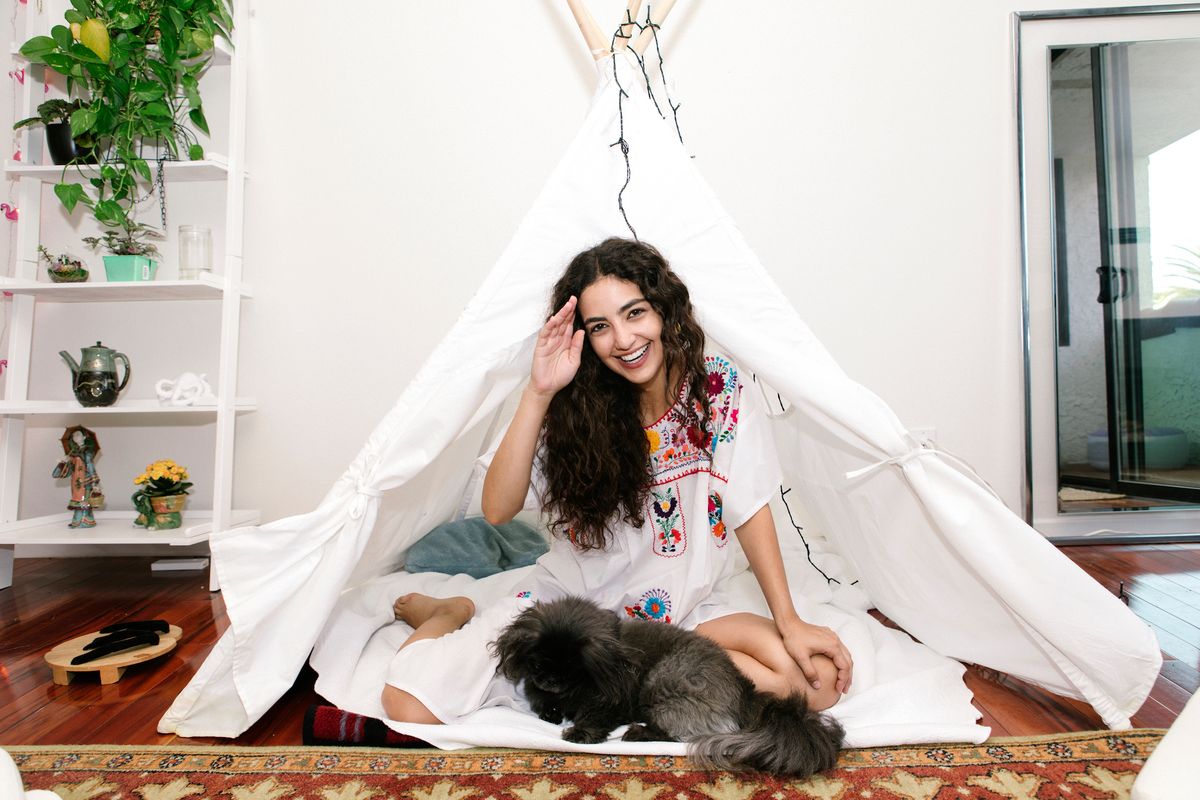 The Actress Who Claims Shonda Rhimes Has the Midas Touch

Jodi Taylor
Emily Knecht
Imagine finally making all of your childhood princess fantasies a reality. Well, allow us to introduce you to Medalion Rahimi, the actress who is getting to do just that. The 24-year-old plays badass Princess Isabella in the show Still Star-Crossed (she even gets to wear the fancy gowns, corset included). The L.A. native first fell in love with acting when she signed up for a school play, and the rest is history, as they say. From Criminal Minds to New Girl to The Catch, she kept landing role after role—but the actress isn’t here to play games. Rahimi let us know how tiring it can be to constantly play the female characters “manufactured by men, for men,” which is exactly why she’s so ecstatic to be in her current role (on a show Shonda Rhimes executive-produced, no less!) Keep reading to find out more about the actress who is about to take the industry by storm.

How she first got into acting:

“I actually loved playing sports when I was younger, but one year I decided I wanted to try doing the plays at school. Before that I had always loved to perform, and I took dance classes and things like that growing up. I did my first play, and I sort of just didn’t stop. My first-ever gig was Criminal Minds—it was just a little co-star part. I guess my recurring guest star on The Catch was what got me a little more attention. It’s how Shonda [Rhimes] found me for Still Star-Crossed.”

“I mean, it’s so fun. It’s fun because, of course, there are all the glamorous aspects of it—the costumes, the hair, the makeup. More so than that, I love that [Princess Isabella in Still Star-Crossed] is such a strong hardheaded princess. She’s very much focused on ruling and power, and not so much the frivolous things.”

The costumes are no joke, either:

“We have one specific costume designer. Or, there were two, really. They had a whole shop of people, stationed in Madrid, working on our costumes. Seamstresses and designers are superheroes, I have to say. We’re wearing corsets and everything. I would have, you know, cramps. I remember at one point I had chest pains during a scene. They would loosen it for me—of course—now and then, but when you’re in a corset for eight to fourteen hours, it’s going to take a toll on you at some point.”

Why it’s her favorite role to date:

“I love fantasy and action and drama, and [Princess Isabella] is all of that, plus a strong female character, which is hard to find as an actress, unfortunately—I had to do a fair share of my ditsy party-girl role to get to this. Once you get a taste for the really substantial, really important roles, you don’t want to go back to anything else. Recently I shot an indie film, a really low-budget indie film. I think it has a great story, but I had to play a female role manufactured by men, for men. You know, we have to take the jobs sometimes because I have rent to pay and things like that. You’ve got to do what you’ve got to do, but it’s tough when you’re also playing a kick-ass princess on TV.”

“I haven’t actually met her yet, she’s a busy woman, but we’ve gotten e-mails from her, and she’s been there throughout the whole process. She’s got the Midas touch. We saw the pilot before and after she put her finishing touches on it—she knew what the audience needed, and I think she delivered. I’m really happy with [it]. It’s such an honor; to be affiliated with her in any way is great. She’s such an inspiring woman.”

On the two actresses she is dying to work alongside:

“I mean, Julianne Moore—the roles she’s taken, her career, the poise, her grace as an actor, you never hear about her in the tabloids. She does her work, and then she also just seems like such a sweet woman. She’s a big inspiration. Of course, Meryl Streep—I think to any young actress—is a big inspiration because of everything she went through to get to where she is, and then to prove to everyone that she’s a force. Definitely those two women, but there are so many.”

Why it’s good to remember not everyone is out to get you:

“I would go into an audition and get so nervous. Someone told me that when you go into an audition, the casting directors want you to be right for the role. They want their job to be easy, they want it to be done. Remember that everybody wants you to book the part, nobody is against you, no one is trying to be malicious. I love this quote—I think it was Meryl Streep who said, ‘Acting is like standing naked on the stage and slowly turning around.’ That’s what it feels like going into auditions sometimes, you are just exposing yourself completely. I think you have to remember to have fun and to just throw yourself into it. You only get that one minute to act that day, so take full advantage of it.”